Heartwarming moment brothers, aged 83 and 79, are reunited for the first time in 77 years – after one was placed for adoption as a baby when their father struggled to cope following his wife’s death

This is the heart-warming moment two brothers were reunited for the first time in 77 years after being separated as children when one was placed for adoption.

Geoff Nobbs, 79, was born in the UK, the youngest of four brothers.

When their mother Florence died of cancer in 1945, their father Albert felt like he couldn’t cope with raising four sons and placed Geoff, then a toddler, up for adoption while keeping his three eldest: Ted, Barry and John.

Geoff was adopted by a couple who emigrated to Australia in 1951, when Geoff was just seven years old.

Now, after almost eight decades apart, Geoff has been reunited with his brother, Ted, 83, who flew out to Australia.

‘It has been an amazing experience meeting Geoff for the first time, it was unbelievable really,’ Ted said.

Geoff added: ‘It was an overwhelming experience, it was amazing really. To think I’ve finally met my brother, it’s just beyond me.’ 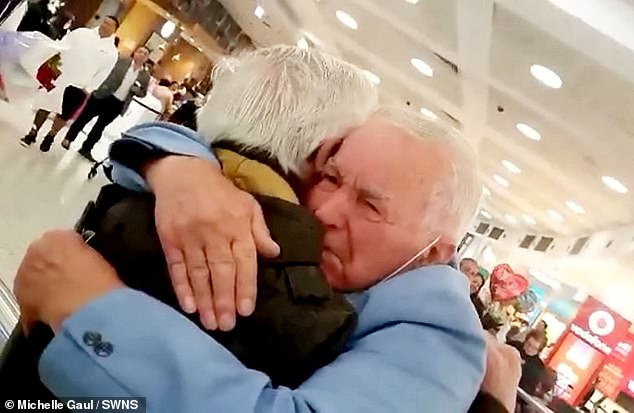 Brits Ted Nobbs, 83, and brother Geoff, 79, have reunited after 77 years apart after Geoff was adopted aged two and moved to Australia 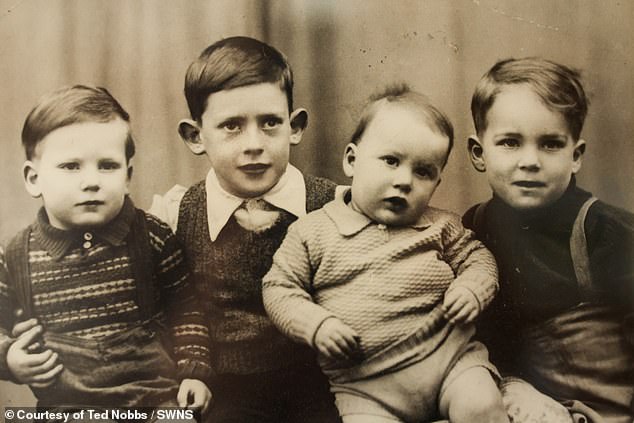 Pictured: the four brother as children. Barry, three, John, seven, Geoff, one and Ted, then five, pose together before being separated

After living 10,000 miles apart from each other, moving video footage captured the siblings tearfully embracing at Sydney Airport.

Geoff can be heard saying in a thick Australian accent: ‘You all good mate? As soon as I saw you walk down there I thought it was you.’

Ted, Barry and John had all tried several times over the decades to find their little brother but without any success. 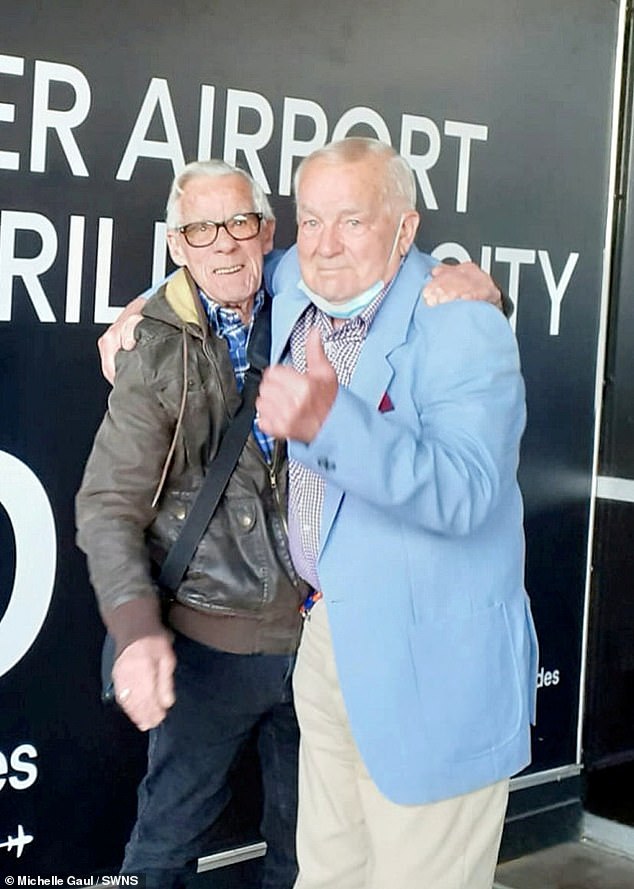 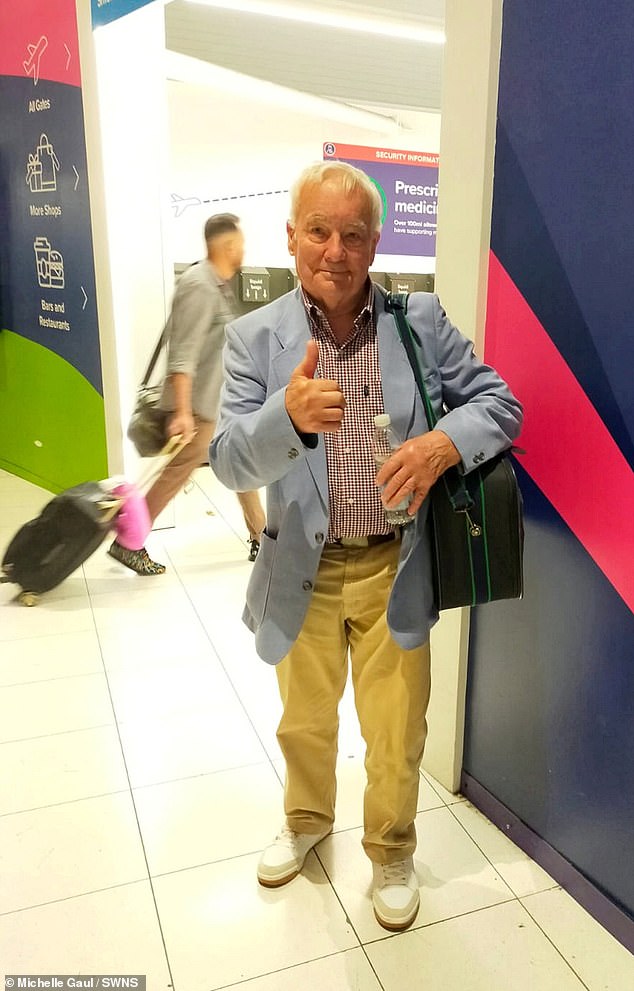 Ted, from Rugby, Warkwickshire, spent the past week getting to know Geoff and his family in Australia

However, unbeknown to them Geoff had also been trying to do the same and managed to track them down in 2014, four years after eldest brother John passed away.

Geoff sent Barry a letter and they all began talking over Skype and on the phone, finally getting to know each other after many years.

Ted, from Rugby, Warkwickshire, jetted out last Tuesday, where he has spent the last week meeting Geoff and his family and seeing the sights of Sydney.

The retired factory worker said: ‘It is something that I never thought would happen in my life. 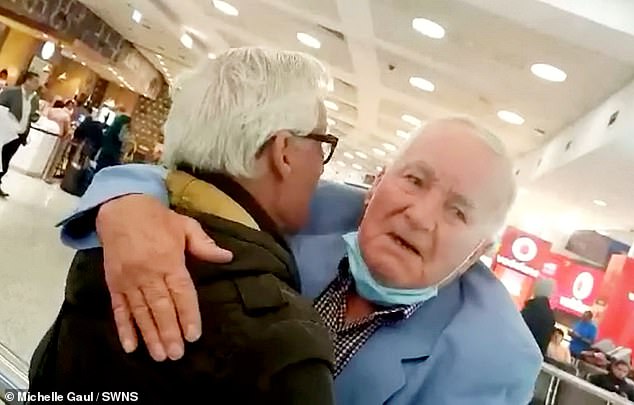 The two brothers said a long and emotional embrace in Sydney airport, with Ted being brought to tears 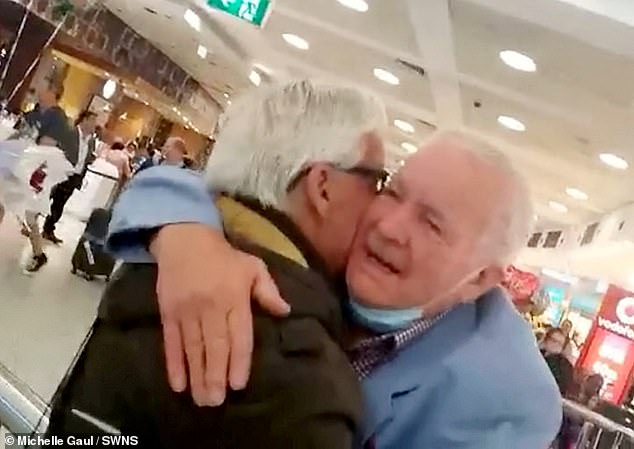 Emotional Ted, a former factory worker, said he never thought he would ever be able to see his brother again

‘It has been an amazing experience meeting Geoff for the first time, it was unbelievable really.

‘I’m stopping with Geoff currently, we’ve been having days out and getting used to Australia and then we’re off sightseeing.

‘It really is something I never thought I’d get to do. I’m here for three weeks and determined to make up for lost time.

‘It absolutely crunched me when he found us, I just didn’t think it would happen. There were a few tears shed.’ 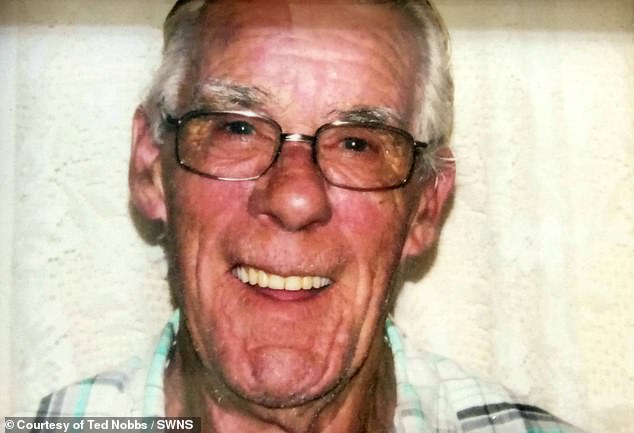 Ted admitted that he cried when Geoff, pictured, was able to find the rest of his family and they began talking online 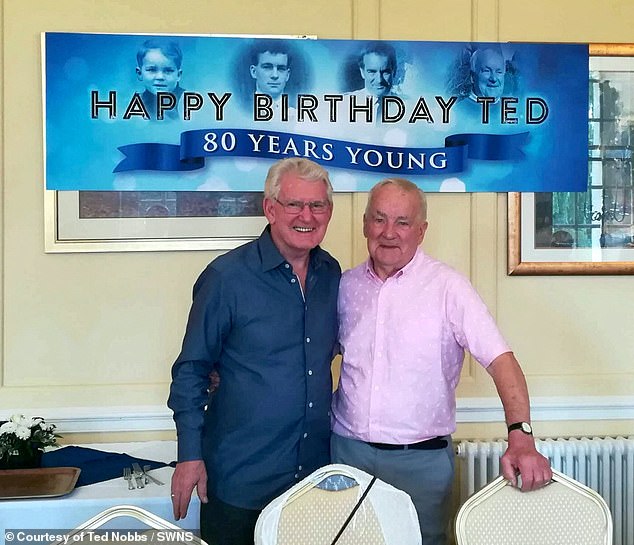 Geoff, who lives just south of Sydney, said: ‘It was an overwhelming experience, it was amazing really

Geoff, who lives just south of Sydney, said: ‘It was an overwhelming experience, it was amazing really. To think I’ve finally met my brother, it’s just beyond me.

‘I’ve been showing Ted the sights, along the coast and then we’re off up towards the Great Barrier Reef this week.

‘It’s been really emotional and I couldn’t wait to give him a big hug. We’re certainly going to show him a good time while he is here.’

Geoff was put up for adoption by their father Albert as he couldn’t work his demanding job and look after a one-year-old after their mum Florence died of cancer suddenly.

His adoptive family stayed in Northampton for several years before eventually moving to Australia, where Geoff has been ever since. 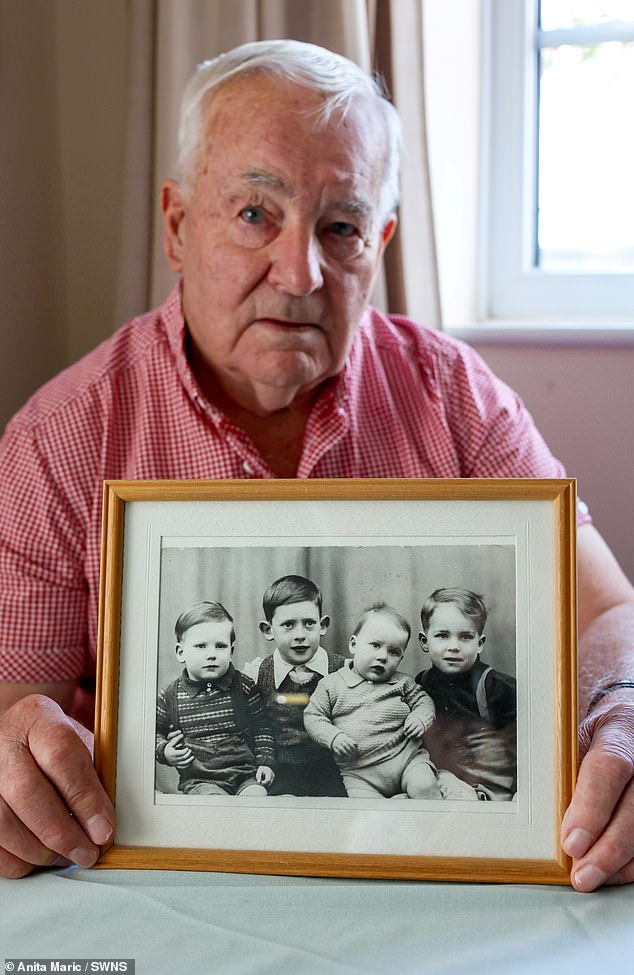 Grandfather-of-three Ted made the 22-hour flight on his own as Barry is sadly too ill to travel.

Ted’s son Christopher, 48, of Coventry, who helped arrange the flights, added: ‘I feel relieved and so happy that dad and Geoff have finally managed to meet up again after a lifetime apart.

‘Dad wasn’t nervous at all, he was just excited, he was absolutely buzzing when he set off from the UK.

‘The trip means so much to him, I think after all the lockdowns, Covid delays and travel issues he was fearing it would never actually happen.

‘When the brothers found each other and got in touch a few years ago, after searching for so long, dad said it felt like winning the lottery.

‘So to now go and meet up face to face – well, you can see from the video just how much it meant to both of them. 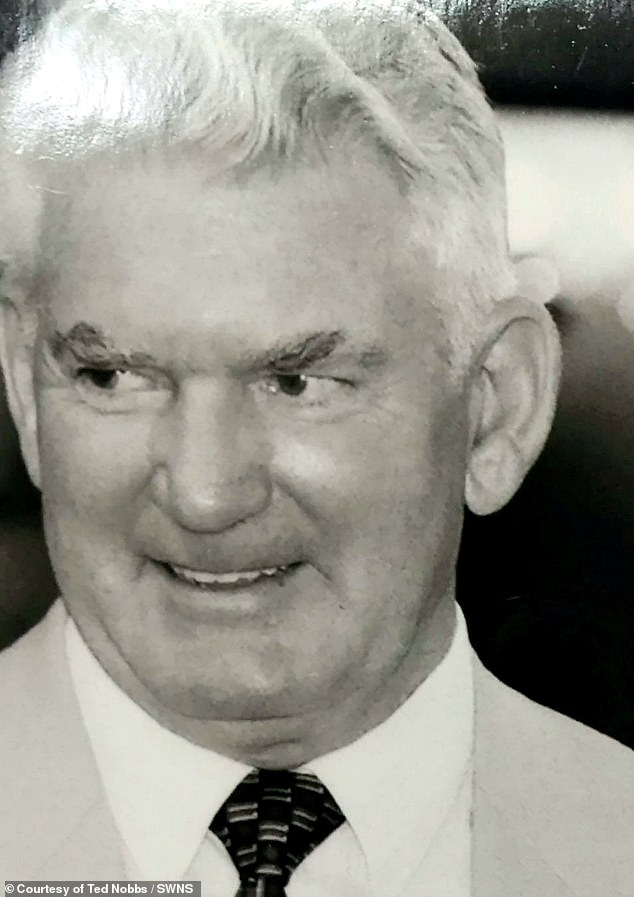 Geoff sent Barry a letter and they all began talking over Skype and on the phone, finally getting to know each other after many years 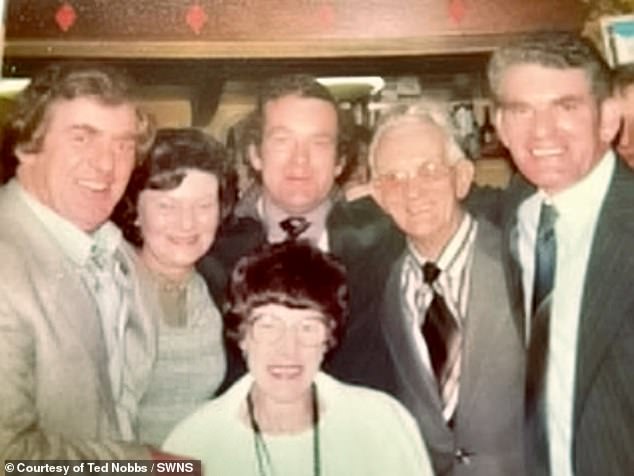 Barry, 81, a former assistant manager for an engineering company, lives in Ripon, North Yorkshire, with his wife Winifred. Pictured: Ted and Barry pictured with their father Albert, second right

‘It’s a massive deal for dad to fly out there on his own too, after we lost mum last year who’d had a big part in planning all this – she’d be so proud and happy that it’s become a reality.

‘It’s a shame all four brothers couldn’t be part of that big reunion hug, but I’m sure there’ll be plenty of photos, videos and memories to share with Barry when dad returns home.

‘I think we’ve all got a little bit of disbelief that it’s now become real.

‘Geoff’s over the moon too, and has been enjoying showing his little brother around his part of the world and introducing him to his family.

‘There’s also Geoff’s granddaughter’s wedding for them all to look forward to.

‘I’ve told dad to enjoy every precious moment of this trip as it will soon fly by.

‘We’re so grateful to Geoff and all of his family who have put in a lot of effort to make dad feel so welcome out there and make his visit unforgettable.’

Barry, 81, a former assistant manager for an engineering company, lives in Ripon, North Yorkshire, with his wife Winifred.

He added: ‘I’m extremely happy for them but quite envious of Ted being able to go.

‘I can’t sit down for long enough, it’s quite just heart-breaking as I just want to give him a hug – but it’s really lovely Ted will be able to do so.

‘I’m just glad we’ve found him after all these years.’