Britney Spears is prioritizing her “mental and physical health” during her Hawaiian vacation with boyfriend Sam Asghari.

The pop star, 39, reposted an Instagram Story video Asghari, 27, shared on Monday that showed her walking on a treadmill and flexing her arm muscles, while her personal trainer beau did the same.

“Mental and physical health comes before anything at this point !!!” Spears — who recently pleaded in court to end her “abusive” conservatorship — wrote over the clip, adding a sun and flexed bicep emoji.

On her profile, the “… Baby One More Time” singer also gave fans insight into how she was spending her time on her trip, writing, “I like the sound of the ocean at night and I like hearing people laughing from my balcony … there’s a togetherness here and it’s endless !!!”

Just days earlier, Spears revealed at a bombshell court hearing that she had been struggling with her mental health due to the severe constraints of her 13-year conservatorship. 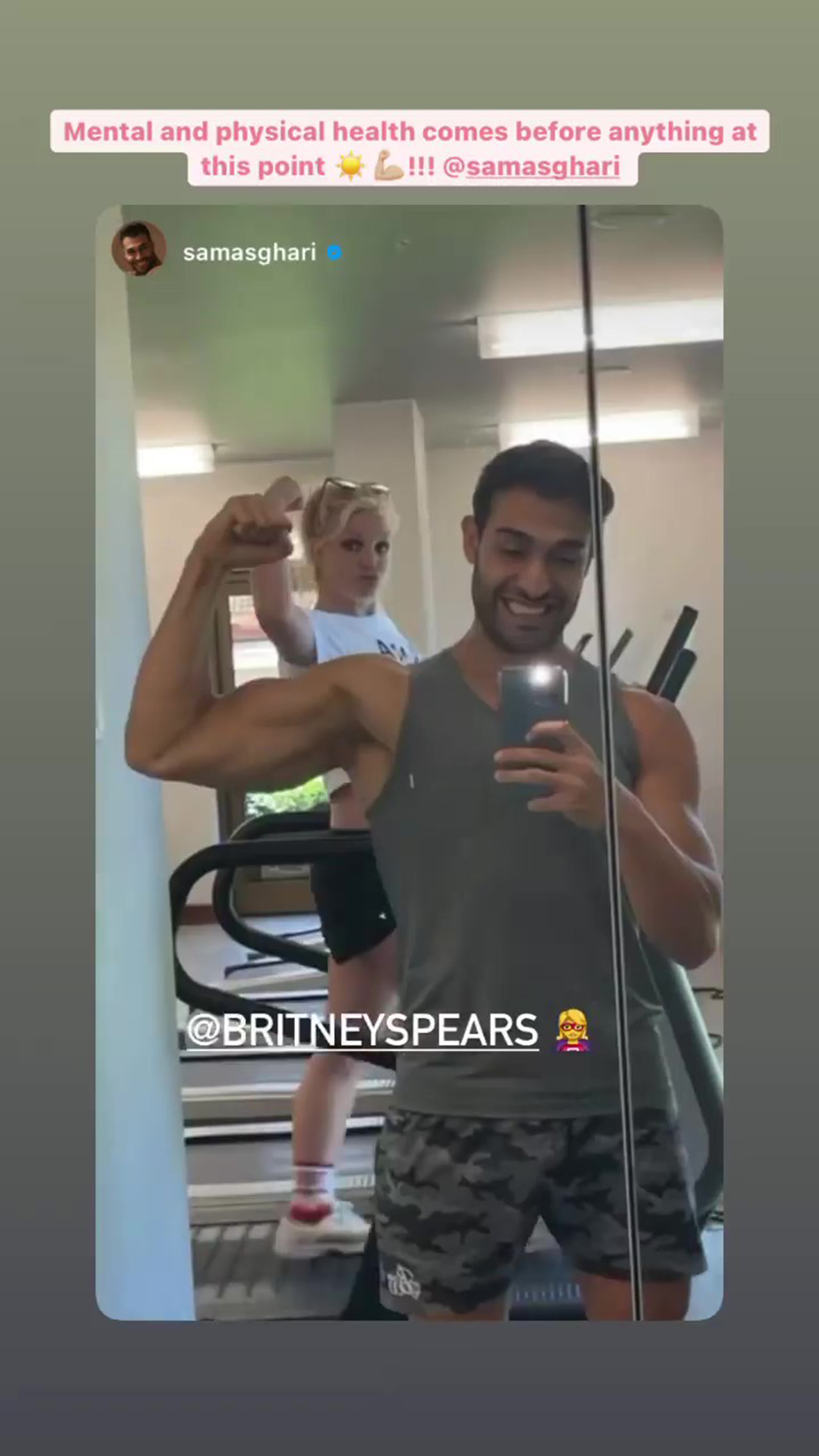 The “Overprotected” singer alleged that the conservatorship was “abusive,” and made explosive claims such as that she was prohibited from removing her IUD, was once forced to attend a mental health facility and forced to take Lithium.

Spears also stated during the hearing that moving forward she would like to take steps toward terminating the conservatorship for good.

Meanwhile, Asghari has been publicly and privately supporting his longtime girlfriend.

He posted a picture of himself flashing a huge smile after Spears’ voice was finally heard, and leading up to the hearing wore a “#FreeBritney” shirt.

“Sam has been a huge support for Britney. He helps boost her confidence and assures her that everything will go well,” a source exclusively told Page Six ahead of her testimony.

The couple has been dating since 2016.