Britney Spears and Sam Asghari are one step closer to walking down the aisle.

The fitness expert-turned-actor, 28, announced via his Instagram Stories on Sunday that he and his bride-to-be have set a wedding date.

“Our lives have been a real life fairytale,” he wrote over a pic from when the pair first got engaged in September 2021.

“happy Mother’s Day to you my soon to be queen.”

Asghari then added, “Also The big day has been set!” before noting that the exact date will be kept secret, writing, “But nobody will know until the day after.”

The model’s rep did not immediately respond to Page Six’s request for comment. Spears, 40, has not divulged any further details herself.

However, the pop icon may have dropped a big hint that the wedding will take place sooner rather than later – as the designs of her dress are well underway.

“It’s MEOW time boys and girls 😬 And yes, this is the veil to my wedding dress 👰🏼‍♀️ !!!” she captioned a picture of her cat on Saturday. 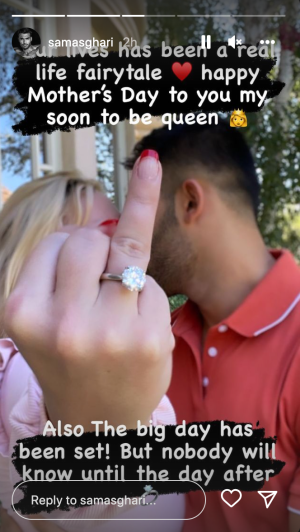 In November 2021, Spears announced that she had chosen longtime friend and iconic designer Donatella Versace to make her wedding dress.

She captioned a photo of her in a whimsical pink gown at the time, “No … this is not my wedding dress 👗 bahahah !!!! Donatella Versace is making my dress as we speak 🤫. Have a good night folks 🌙💖✨ !!!!”

Since then, Versace, 67, has been spotted making several visits to Spears’ estate in California.

In March 2022, the “Toxic” singer captioned a carousel of pictures with the designer, “Look who came to visit … these 2 bad bitches are up to no good 💕🌹.”

Versace later shared at Vanity Fair’s 2022 Oscars afterparty on March 27 that Spears is “doing well” and that she finds the superstar to be in “an amazing state of mind.” 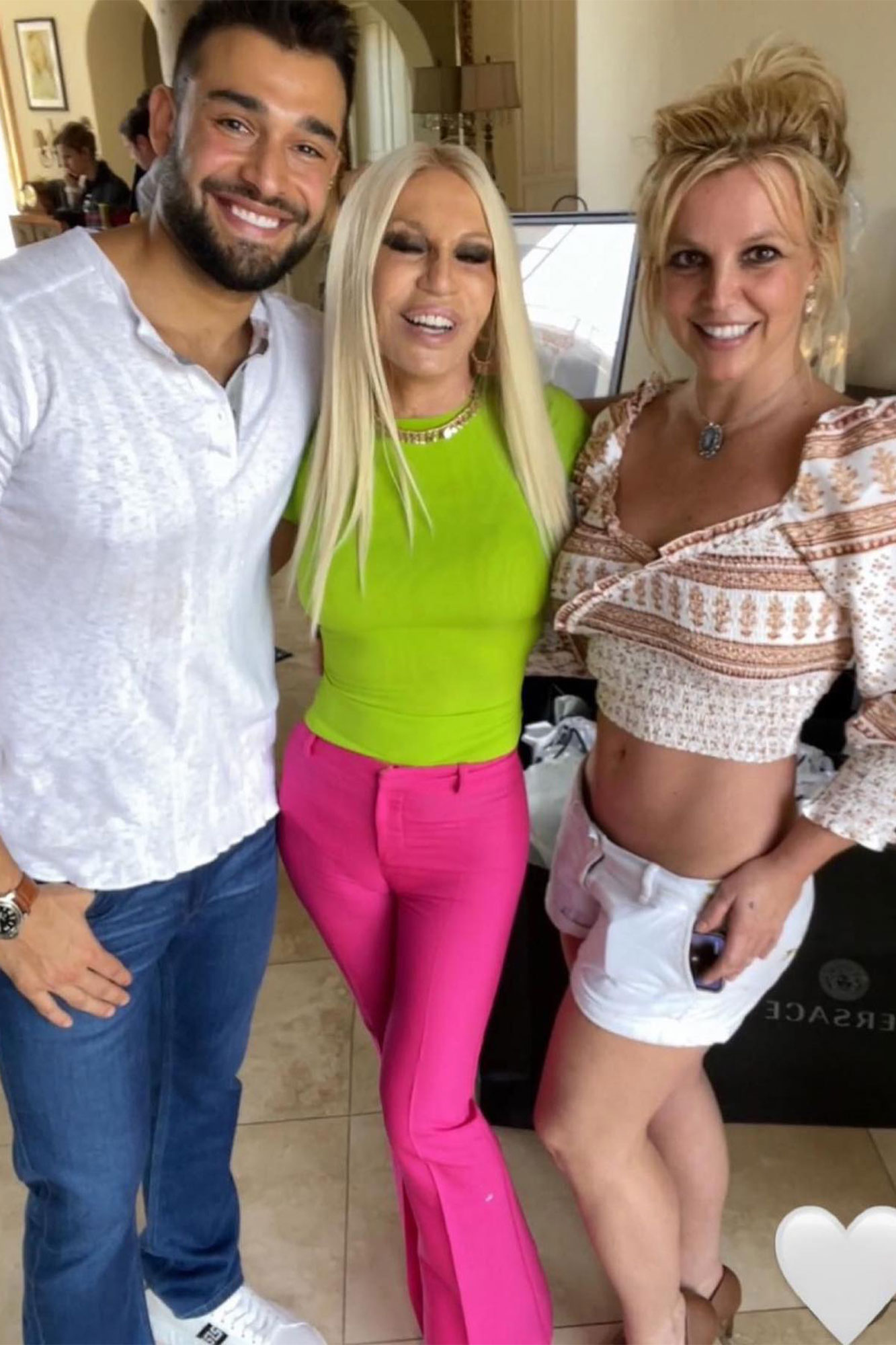 Spears’ wedding to Asghari will be the third time she says “I do.”

She was briefly married to her childhood pal Jason Alexander for just 55 hours earlier in 2004, but that nuptial got annulled.

Spears and Asghari have been dating since 2016 after meeting on the set of her music video for “Slumber Party.”

Page Six obtained court documents in September 2021 that showed the “Overprotected” singer — who is currently pregnant with the couple’s first child together — is working with lawyer Mathew Rosengart, the lawyer who oversaw her conservatorship case, to obtain a family law attorney who will craft their prenuptial agreement.

The pop icon has an estimated net worth of $60 million, per Forbes, but that is expected to climb after the release of her autobiographical tell-all book later this year.