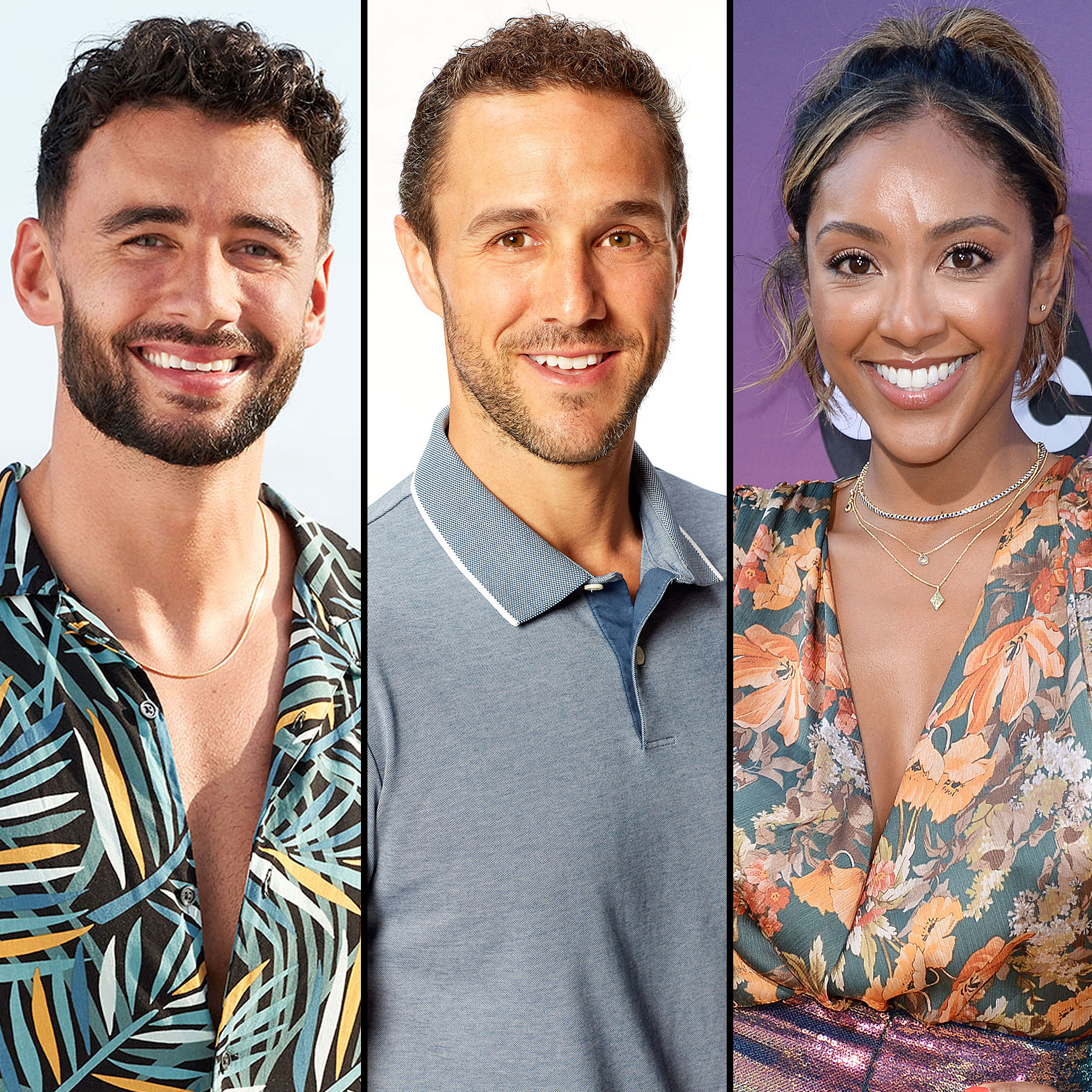 Following the news that Tayshia Adams and Zac Clark had called off their engagement, The Bachelorette season 16 alum Brendan Morais expressed hope that they could still work things out.

Tayshia Ditched Engagement Ring Ahead of Zac Split: Signs It Was Over

In an exclusive statement to Us Weekly, the 32-year-old commercial roofer, who appeared on Adams’ season of the ABC reality show, said, “[Tayshia and Zac] are both amazing people and I wish them nothing but the best.”

He added, “Hopefully this is an opportunity for them to reflect and realize how much they can’t live without each other.”

Us confirmed on Monday, November 22, that the reality show pair had split one year after their proposal aired. “Tayshia Adams and Zac Clark are no longer a couple,” a rep told Us at the time.

A source exclusively told Us on Monday that the “Clickbait” podcast host, 31, and addiction specialist, 37, “couldn’t fully commit to each other” due to their busy schedules.

“Zac is very into his Release Recovery Foundation work and Tayshia has her own thing going on,” the insider said. “With her schedule, they have been spending a lot of time apart.”

Making the decision to end things was not easy, but “their relationship ran its course,” the source told Us on Monday, noting there is a lot of “love” between Clark and Adams and it would be “a hard breakup for the two of them.”

Clark’s nonprofit foundation postponed an event on Monday amid news that he and his fiancée had called it quits.

The former couple, who met in 2020 while filming The Bachelorette, sparked split speculation days before calling off their relationship after Adams was spotted without her engagement ring while taping two “Bachelor Happy Hour” podcast episodes and attending the House of Gucci premiere solo.

Several days later, the former phlebotomist “liked” a post on an Instagram page that said, “Finally, I realized that I was never asking for too much. I was just asking the wrong person.”

Nearly one year earlier, Bachelor Nation was rooting for Adams and Clark to make it work after she replaced Clare Crawley, who had gotten engaged to Dale Moss within the first two weeks of production. 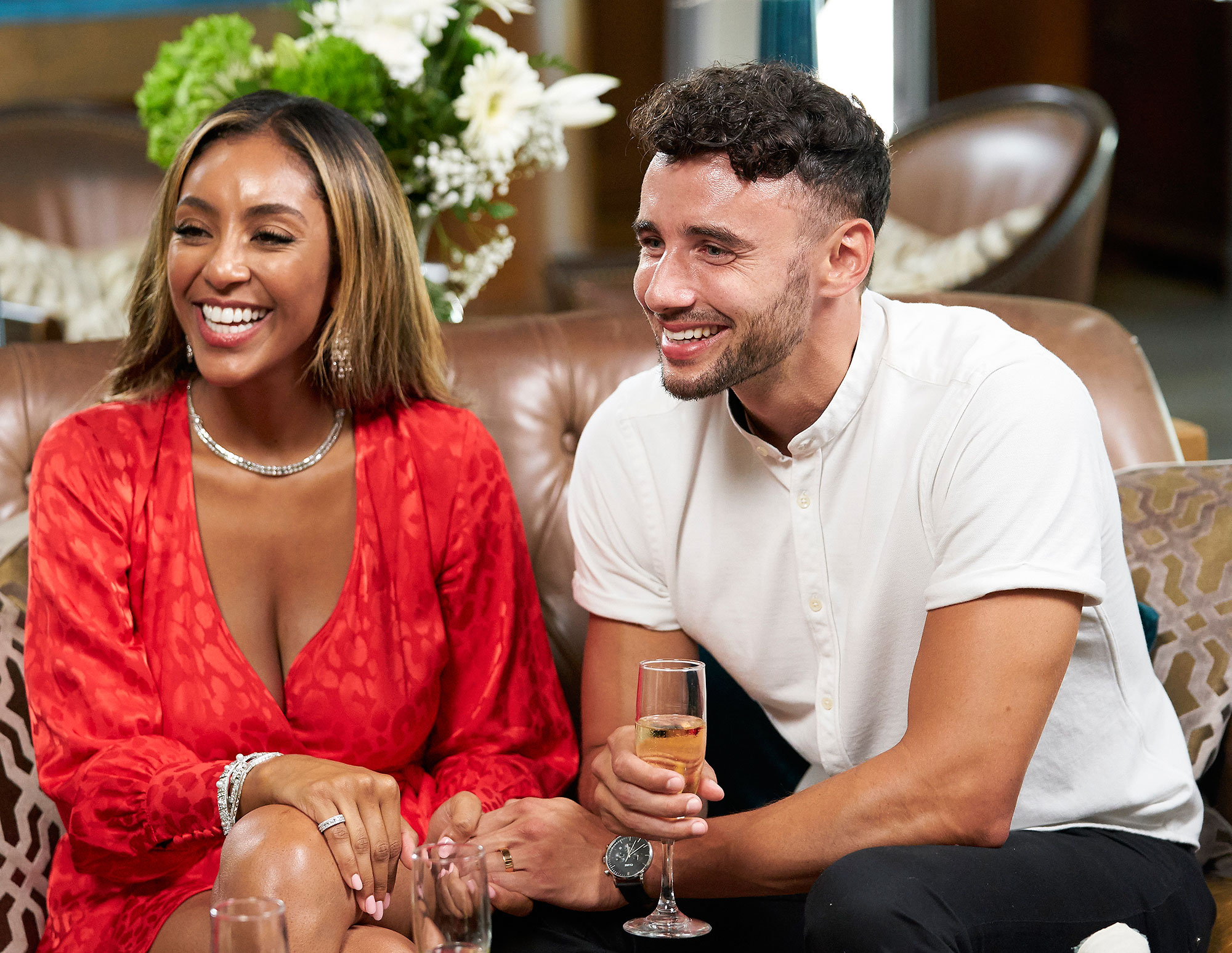 However, Morais had also competed for Adams’ heart, with the two quickly bonding over their respective failed marriages. Ultimately, the model decided to leave the show after being “caught off guard” by meeting Bachelor Nation jeweler Neil Lane during the fantasy suite date, a source told Us in December 2020.

“It freaked him out a little bit,” the insider said of how fast things were moving with Adams. “He does want a wife and he wants kids, but the whole process took him by surprise, and he didn’t realize how quickly he was being asked to get down on one knee.”

Yet, Morais has no hard feelings towards Adams and the man who got her final rose. The Massachusetts native is now dating Pieper James, who he met during season 7 of Bachelor in Paradise.

While it hasn’t always been easy, the BiP couple are still going strong.

“The past few months have been interesting to say the least,” he wrote via Instagram on Saturday, November 20. “We’ve had our ups and downs, our peaks and valleys but what has prevailed is a special bond. I’ve made mistakes along the way and most definitely have fallen short but one thing I got right was Pieper.”