Today, A24 announced that Brandy will star in the upcoming psychological thriller from the Eggers Brothers titled The Front Room.

According to Variety, Max and Sam Eggers’ brother Robert worked on previous A24 films such as The Lighthouse and The Witch. The younger two siblings will make their directorial debuts with this adapted screenplay from Susan Hill’s short story of the same name. In the film, a newly pregnant couple has to take in an estranged stepmother when she is struck by illness.

Brandy previously starred in Moesha for six seasons, and also had roles in 1997’s Cinderella, 1998’s I Still Know What You Did Last Summer, 2013’s Tyler Perry film Temptation: Confessions of a Marriage Counselor, and 2016’s The Perfect Match. Last year, she starred in the ABC musical drama Queens, which was canceled after one season. 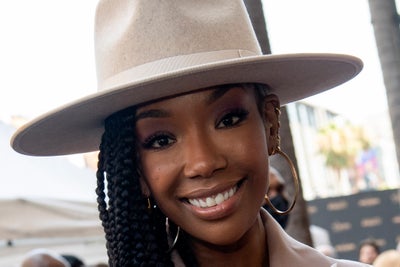 The forthcoming film’s cast also includes Kathryn Hunter, Andrew Burnap, and Neal Huff. Alongside Lucan Toh, A24 will produce the film with Babak Anvari and Bryan Sonderman of Two & Two Pictures and Julia Oh and David Hinojosa of 2AM. A24 will also finance The Front Room, as well as handle its global distribution.

Brandy, who is represented by CAA and Ryan Ramsey (SALXCO), is also slated to co-star in Netflix’s Best. Christmas. Ever. with Heather Graham, Jason Biggs and Matt Cedeño.