Brandi says Eddie’s wife is no longer the person “poking me a lot and then getting me to be super bitchy.”

It only took a decade, but Brandi Glanville and LeAnn Rimes have finally made real peace.

While the two have had moments of reconciliation in the past, they’ve never been as solid as they are now — with Brandi, her ex-husband Eddie Cibrian and the woman he cheated on her with tighter than ever. They all recently even celebrated Easter together, as well as the birthday for one of Brandi and Eddie’s sons.

“This took time and 10 years,” Brandi told ET of the ceasefire between them. “And I think that LeAnn grew up a lot, and I know that I’ve grown a lot. We just we’ve grown up. We’re not little brats anymore.”

“We’re, like, girly girls, we talk about everything and it’s all fine and great,” she added, saying there’s “no weirdness” and “no awkwardness” between them anymore.

“The kids are super happy when we’re all together and it’s finally good.” 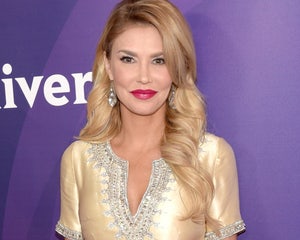 As for how they were able to get where they are now, Glanville chalked it up to both of them maturing over the past 10 years.

“She went through some stuff and with anxiety and went to some rehab, and she’s just a totally different person than the person I met at the beginning that was poking me a lot and then getting me to be super bitchy,” she explained. “She’s not that way anymore. I’m not really that way anymore either.”

While Brandi noted that she really doesn’t “like to fight,” she also warned, “but I will.” She added, “I’m not a wallflower. And if someone makes me mad, they’re going to know.”