Boris’s Brexit makeover? Stylist reveals how MP, 54, overhauled his ‘slapdash’ look with a diet, £60 boyband haircut and ‘facials’ after being inspired by his 30-year-old girlfriend

Boris Johnson’s striking image overhaul was on full display as he attended a charity event in London on Monday.

From his neatly cropped hair to his significantly slimmer waistline, the former Foreign Secretary, 54, debuted a noticeably more polished look as he arrived at the Cancer Research UK fundraiser at the BAFTA headquarters.

Mr Johnson’s dramatic makeover has drawn widespread comment in recent months, with many speculating that it is the work of his girlfriend and PR executive Carrie Symonds, 30.

Speaking to FEMAIL, fashion styling and grooming expert Lucas Armitage said: ‘Boris has always, it seemed, revelled in his slap dash hastily put together outfits, wind swept unruly hair and and a waistline that suggested a love of all things indulgent. 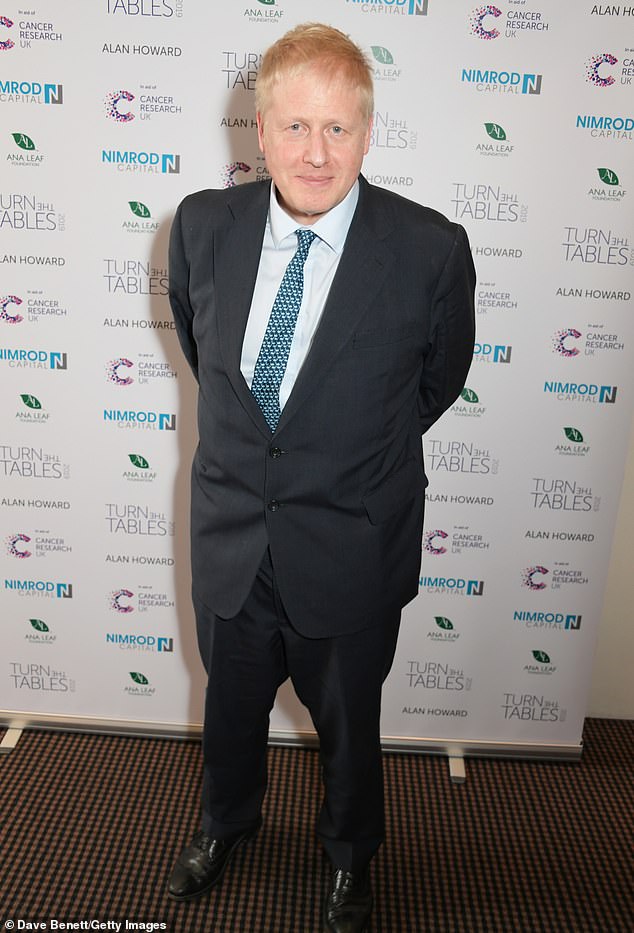 Makeover: Boris Johnson, 54, debuted a noticeably more polished look as he arrived at the Cancer Research UK fundraiser at the BAFTA headquarters on Monday, pictured 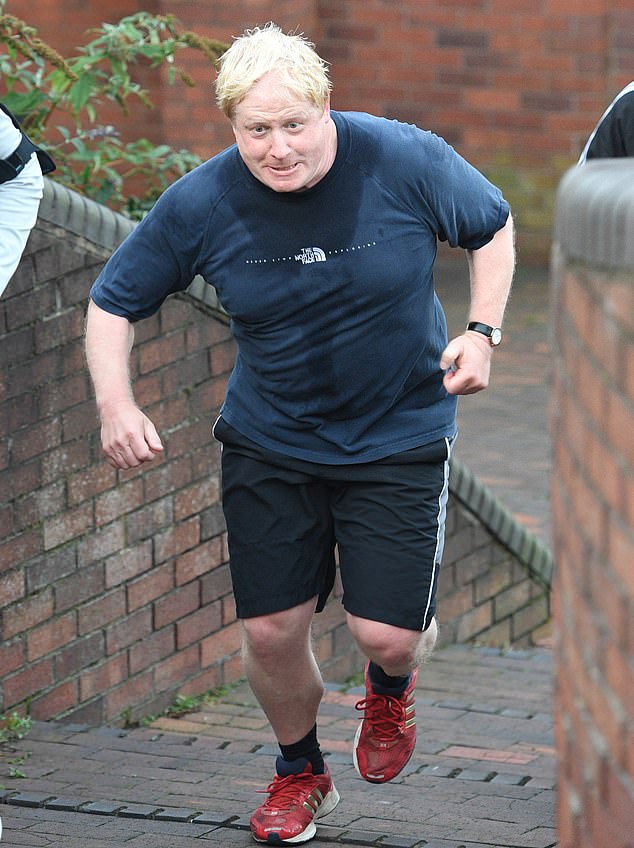 From slapdash to flash! Mr Johnson was known for his floppy hairstyle and somewhat ‘slapdash’ appearance. Pictured, the politician out for a run in October 2016 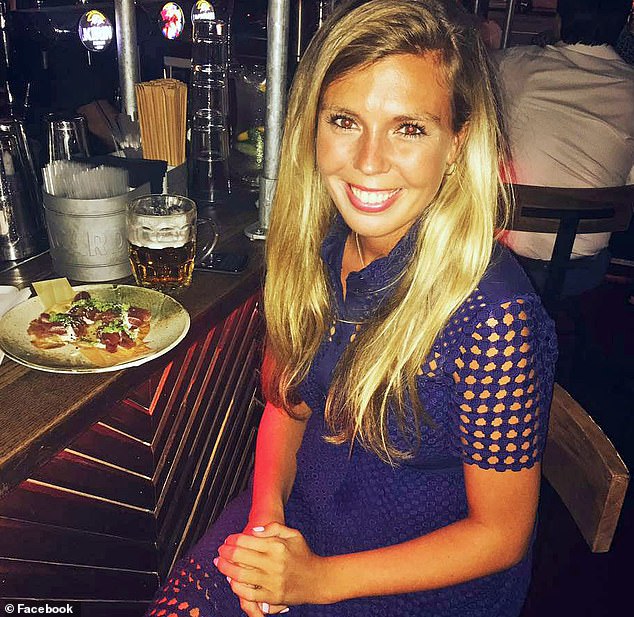 Burgeoning romance: Mr Johnson’s makeover has drawn widespread comment in recent months, with many speculating it is the work of his girlfriend Carrie Symonds, 30, pictured

‘However recently a whole new Boris has emerged. Gone is the hair you just wanted to get a brush on, his waistline appears more trim and his face looks fresher than it has done in a decade.’

Here, Mr Armitage speculates over the key changes Mr Johnson might have made to his appearance under Miss Symonds’ watchful eye, including complexion-boosting facials and a ‘stylish’ £60 haircut. 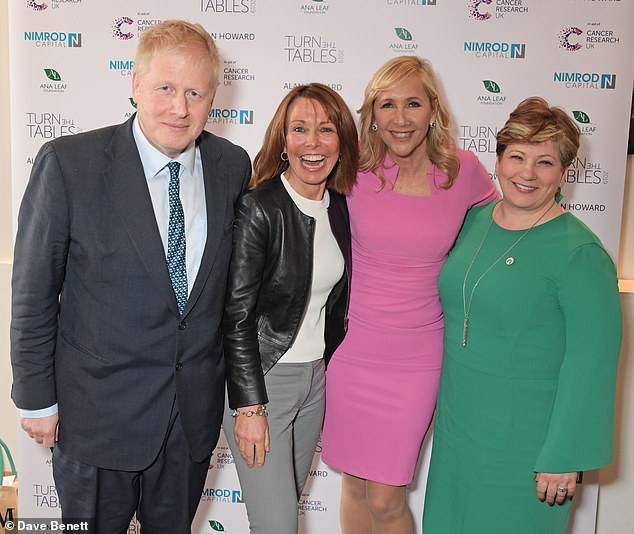 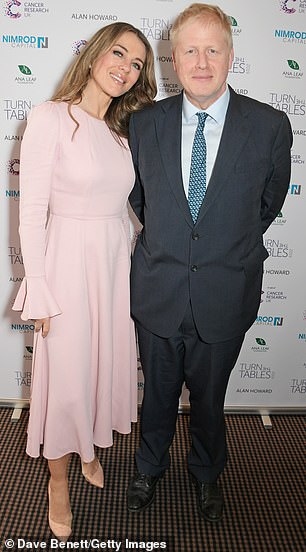 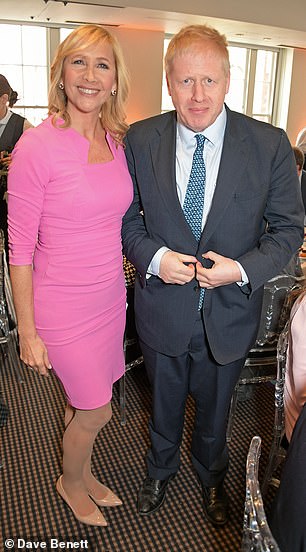 ‘Arguably the most startling change is the cutting of his trademark hairstyle,’ Mr Armitage said.

The messy side part and unruly locks have been cropped into a more sensible and stylish looking haircut. This style I feel is much more appropriate for the former foreign secretary. 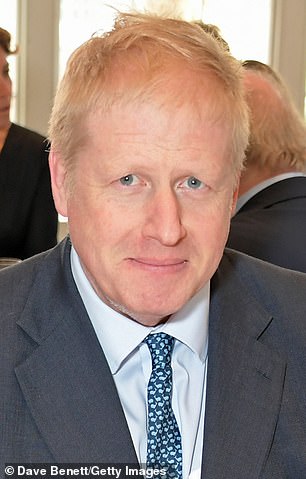 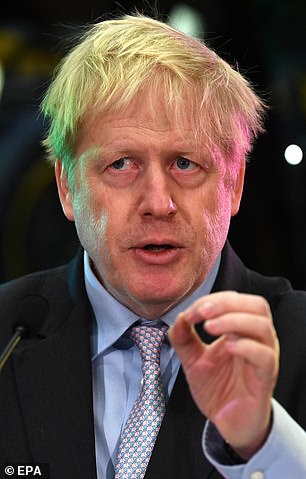 Stylish chop: Mr Johnson’s signature style (as seen right just last month) has been replaced with a neater look (left yesterday). Stylist Lucas Armitage said it could have cost up to £60

Mr Armitage noted that a typical barber in Mr Johnson’s Uxbridge constituency would charge some £20 for a chop. But he points out Mr Johnson is likely to have plumped for a more upmarket service costing somewhere in the region of £60.

He continued: ‘Mr Johnson’s new hair has taken years off him and also gives a more professional look.

‘Maybe he felt his Etonian public school boy was becoming a bit tired in a politically challenging time for the both major parties.’

The stylist explained the look is one that is ‘easy to achieve’. ‘If you are looking for “The Boris” then ask for a shorter back and sides with length and texture in top and style forward with a hair putt which helps thicken and add texture.’ 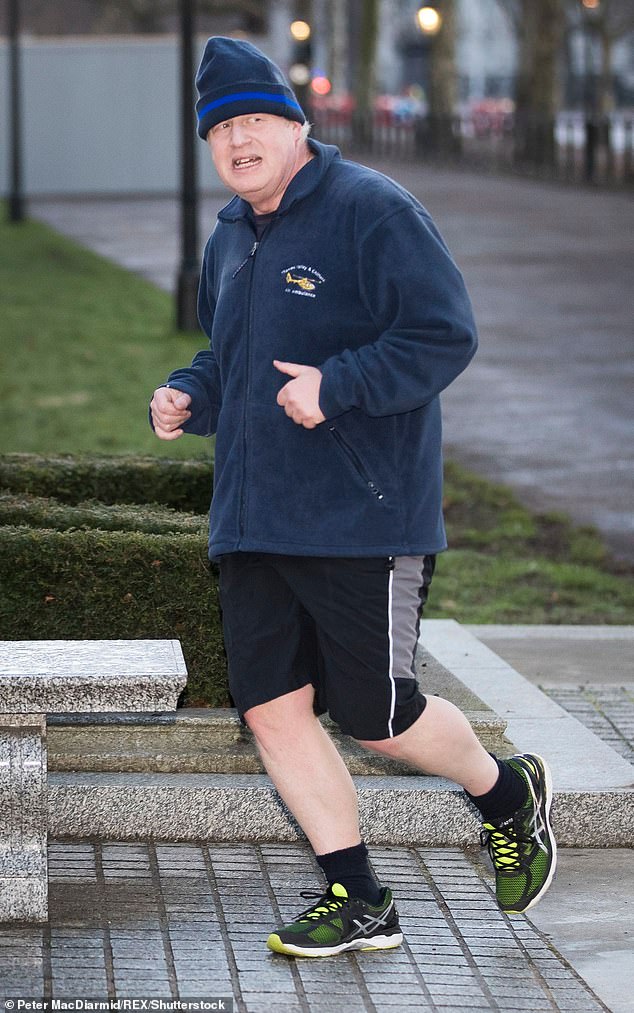 Diet overhaul: Mr Johnson has told how he has lost more than 12lbs by quitting alcohol and ‘late-night binges of chorizo and cheese’. Pictured, the politician out for a run in February 2018

Mr Johnson has spoken previously of how he has lost more than 12lbs by quitting alcohol and ‘late-night binges of chorizo and cheese’.

The politician has also been seen out running on a number of occasions.

Like many commentators, Mr Armitage reasons Mr Johnson’s weight loss is likely to be the result of him wanting to impress his younger girlfriend.

However Mr Johnson has credited medical advice for his lifestyle change.

He wrote in his Spectator column that he had been ‘carting around 16-and-a-half stone’ before overhauling his diet on the advice of a French doctor. 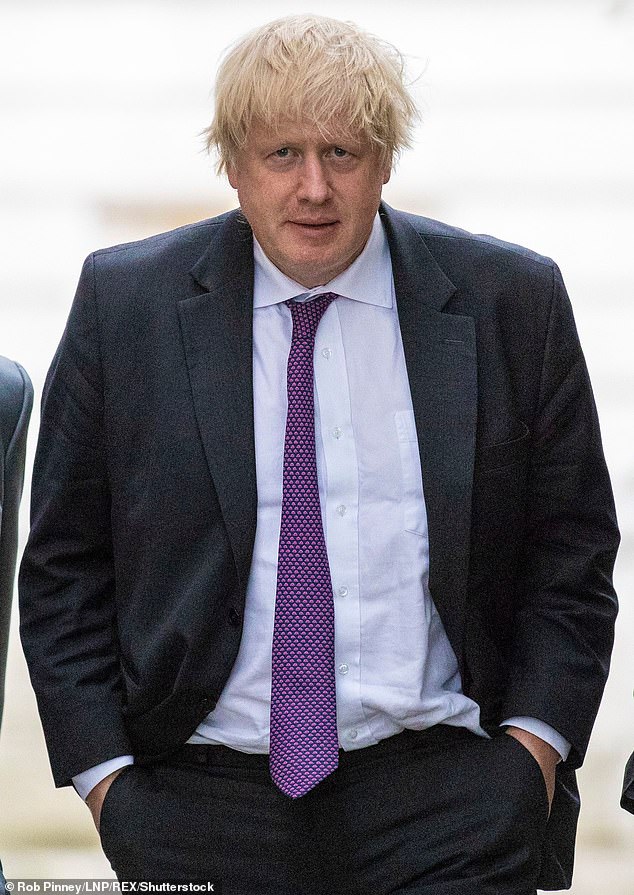 Flattering his figure: Mr Johnson previously left his suit open, a common styling trick employed by men looking to reduce the appearance of a larger midriff. Yesterday his suit was fastened

Boris’ suit remains slightly ill-fitting, perhaps because his hasn’t taken the opportunity to revamp his wardrobe after his weight loss.

‘I do feel there is room for an even more tailored look for Boris,’ Mr Armitage noted.

‘He would benefit from a bespoke or made to measure suit rather than the off the peg ones I suspect he wears now.’

However the styling of his outfit has changed in line with his slimmer physique.

As Mr Armitage explained: ‘His undone suits, which is often a styling trick employed for larger gents to flatter a large stomach, has been replaced with more fitted styles.’

As well as his physique, Boris’ weight loss is also evident in his face.

A healthier diet might contribute to a more radiant complexion, and Mr Armitage believes he might have upped his skincare regime.

He added: ‘His skin also looks smoother and fresher which I think is the result of regular facials.’