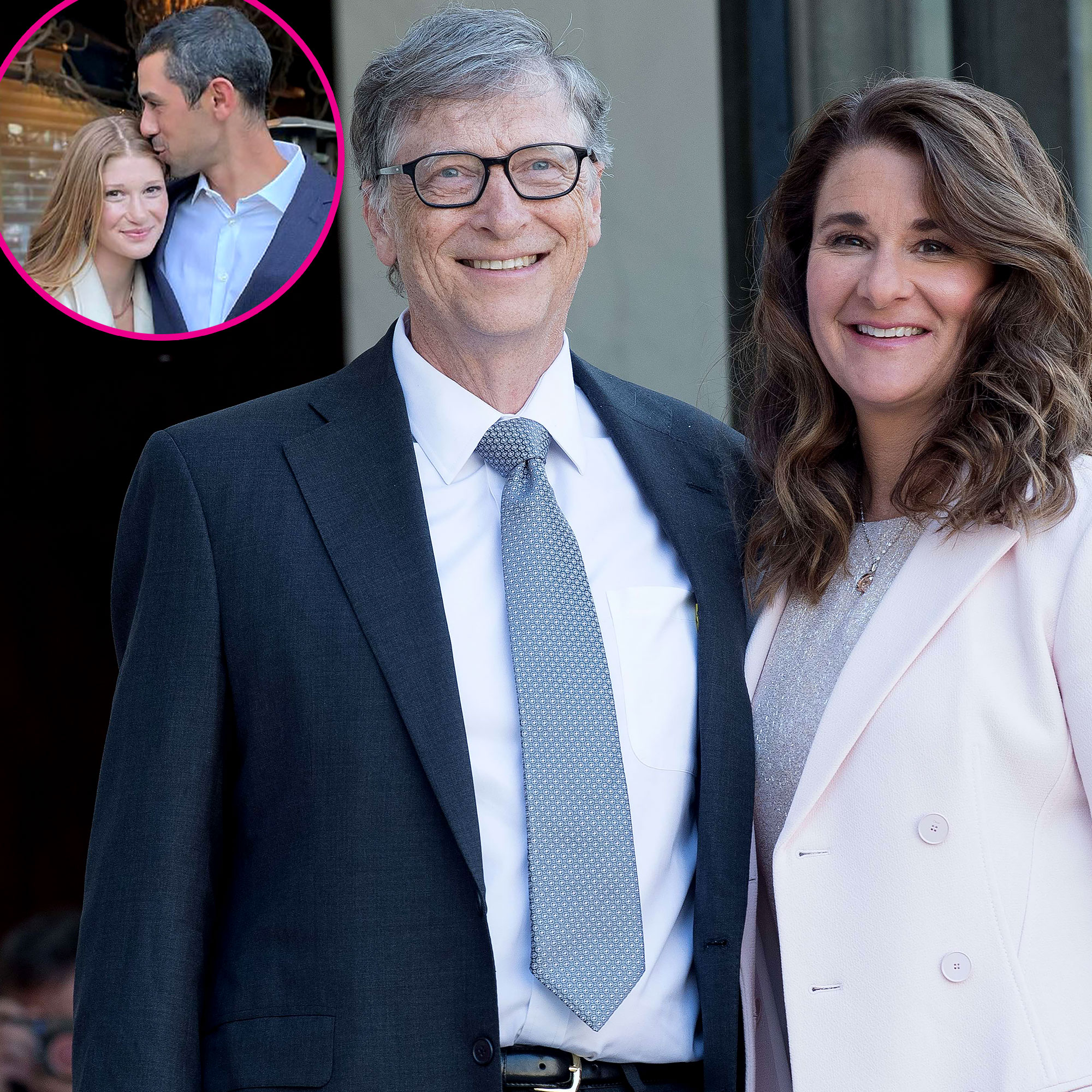 For the family! Bill Gates and Melinda Gates were spotted celebrating their daughter’s wedding five months after calling it quits.

The former spouses’ eldest child, Jennifer, married equestrian Nayel Nassar in upstate New York on Saturday, October 16, following their January 2020 engagement. In photos obtained by The New York Post, the 65-year-old tech developer and the 57-year-old philanthropist both accompanied the 25-year-old bride as she walked down the aisle.

Jennifer and the 30-year-old athlete reportedly exchanged vows twice: first in a Muslim ceremony on Friday, October 15, and again during Saturday’s rustic affair.

The nuptials marked the first time Bill and Melinda were seen together after announcing their separation in May. Along with Jennifer, they share son Rory, 22, and daughter Phoebe, 18.

“After a great deal of thought and a lot of work on our relationship, we have made the decision to end our marriage,” the Gates Foundation cofounders noted in a joint statement shared via Twitter at the time. “Over the last 27 years, we have raised three incredible children and built a foundation that works all over the world to enable all people to lead healthy, productive lives. We continue to share a belief in that mission and will continue our work together at the foundation, but we no longer believe we can grow together as a couple in this next phase of our lives.”

Us Weekly later confirmed that the twosome didn’t have a signed prenup agreement in their divorce petition. The proceedings were made final in August, shortly before the Road Ahead author broke his silence on his split.

“[It was] definitely a very sad milestone … and Melinda’s a great person and that partnership that we had coming to an end is a source of great personal sadness,” the Washington native told CNN in August. “We are communicating and working at the foundation and so that partnership we’re going to try and continue.”

The exes created their charity organization in 2000 and it has since become one of the most successful nonprofits in the world. As they continue to navigate their professional relationship post-split, there will be a two-year trial period to see if they can still work as a team.

“Melinda has incredible strengths that she brings that up the foundation be better. We always enjoyed our work together,” Bill told CNN. “You know, [the] two of us can go out work with leaders and help build the organization so, you know, that would be definitely the best thing for the foundation.”

Celebrity Exes Who Worked Together After the Breakup

Ahead of her wedding day, Jennifer briefly opened up about how her family was moving forward amid her parents’ split.

“Hi friends. By now you have heard the news that my parents are separating. It’s been a challenging stretch of time for my whole family. I’m still learning how to best support my own process and emotions as well as my family members at this time and am grateful for the space to do so,” she wrote via Instagram Stories in May. “I won’t personally comment further on anything around the separation, but please know that your kind words and support mean the world to me. Thank you for understanding our desire for privacy while we navigate the next phases of our lives.”