Starz science fiction thriller Counterpart is gearing up for Season 2 with new characters in the mix including a former FBI agent who has been hired by the Office of Interchange to clear out some personnel. Per Deadline, actress Betty Gabriel will portray Naya Temple, who is sure to ruffle some feathers and shake things up on the series.

Her IMBD bio revealed that spent her childhood in Pittsburgh and Hyattsville, MD before graduating from Iowa State University with a degree in Animal Science. However, her career went down a different path when she relocated to Chicago and started working in theater as a professional dancer and actress. She later earned a drama degree at the esteemed Julliard School and scored her first recurring television role in Amazon’s Good Girls Revolt.

But, her biggest breakthrough was undoubtedly in the 2017 psychological thriller Get Out as housekeeper Georgina. The movie, as well as her haunting performance, were both met with critical and commercial acclaim and led to her scoring a recurring role on Season 2 of HBO’s Westworld as Maling. And, she continued her horror streak by starring in Unfriended: Dark Web earlier this year. 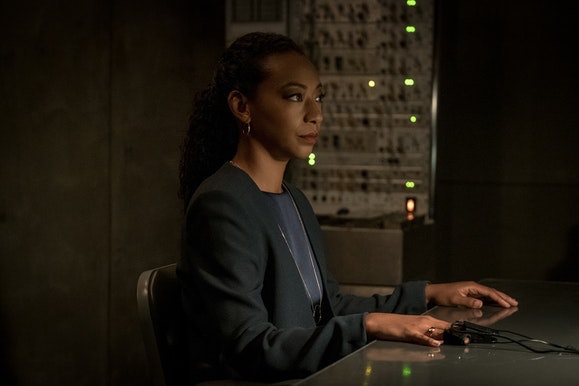 Interestingly, Gabriel admitted to Cosmopolitan that she is not a horror fan despite her roles in the genre, but she’s excited about switching gears and joining the Counterpart cast. She also hopes there will be more moments of levity in her future with fun, heartfelt projects. “I’m working on Starz’s Counterpart next,” said Gabriel. “It has darker elements but it’s definitely more in this espionage world, and I’m extremely excited about that. But I definitely look forward to exploring the lighter side of life. Maybe a musical, right? I would love to do a musical. Put that in the universe! A rom-com musical!”

Honestly, a rom-com musical would be a great future move for Gabriel because she has tons of dance experience from her theater days and can probably hold a tune as well. And, it would give her a chance to expand her horizons outside of roles in TV shows and films with such dark elements.

But, for now, it’s all about Naya Temple’s big introduction this season, which was briefly teased on Counterpart’s Twitter page. In the clip, Temple authoritatively comes into a room of professionals and declares that she has been hired by management to identify interlopers who have terrorized the office.

She promises to examine everything closely and overturn every stone, which has all the shady people either shaking in their shoes or plotting a way to throw her off their tracks. The character has been a major part of the show’s social media push, so she’s obviously going to have a major impact in Season 2.

But, is she a good person coming in to save the day or perhaps working with her own agenda in mind? Will she make it out of this espionage drama alive? The only way to find out is by tuning in to see her in action when Counterpart returns on December 9.