A GOOD set of bike lights is an essential item if you ride when there is low or no light, to ensure you're seen by other road users.

Bike lights mimic those of cars, with sets including a white light at the front and red for the rear, and often come with a variety of settings including constant and flashing. 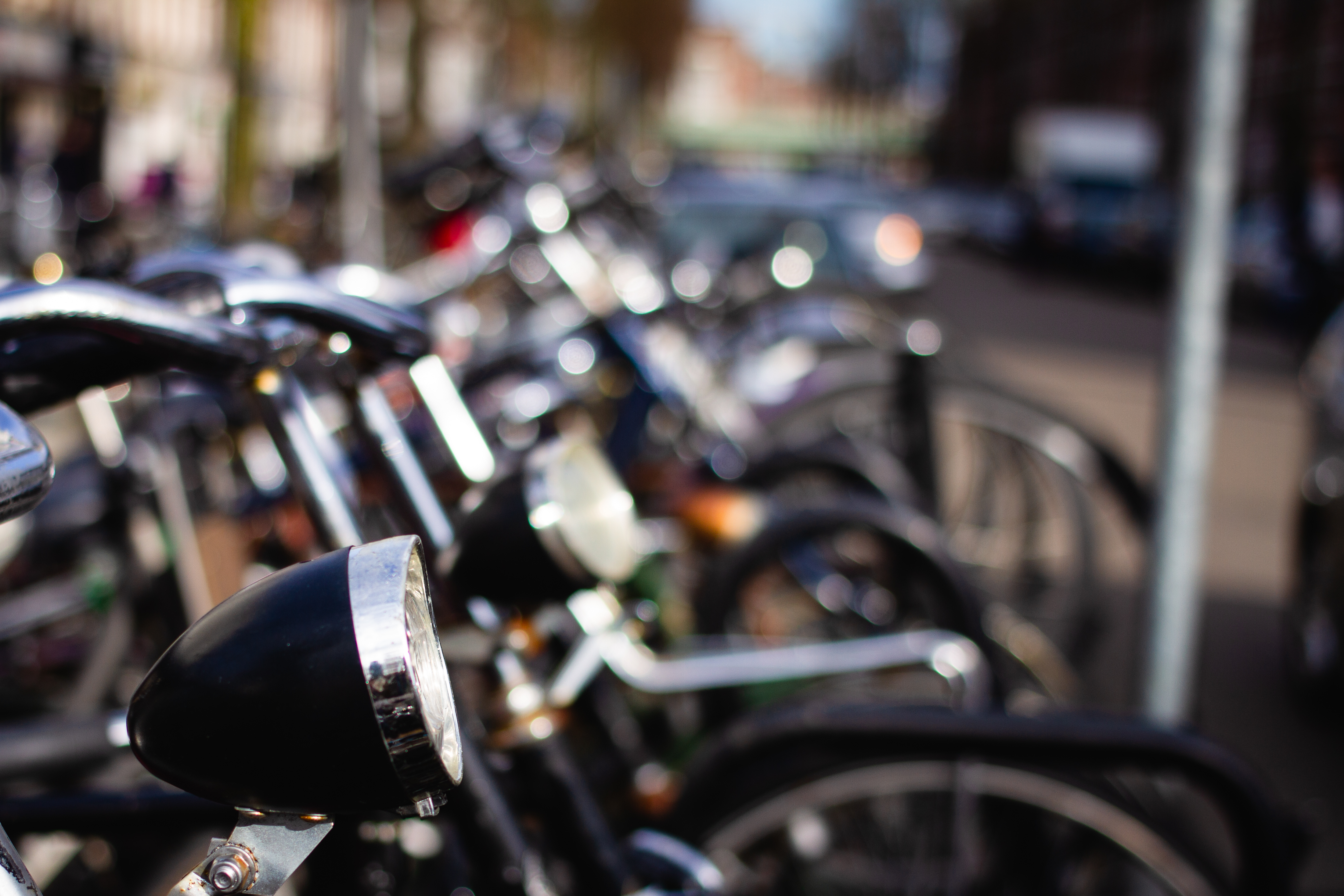 When it comes to the front light, there are two different types – to see or be seen. The first is for riding in areas where there’s poor street lighting, while the latter helps you to be seen by others.

Both front and back lights are measured in lumens, with the higher the number the more powerful they are. Front lights generally have a higher number.

It’s also worth investing a bit more and getting lights that are USB rechargeable, as this will save money in the long run compared to lights that use replaceable batteries. Some level of water resistance is also key for using in the UK’s varied conditions.

Still not sure where to start when looking for bike lights? Our pick of the best bike lights below shine a light on some of the top models currently available on the market. 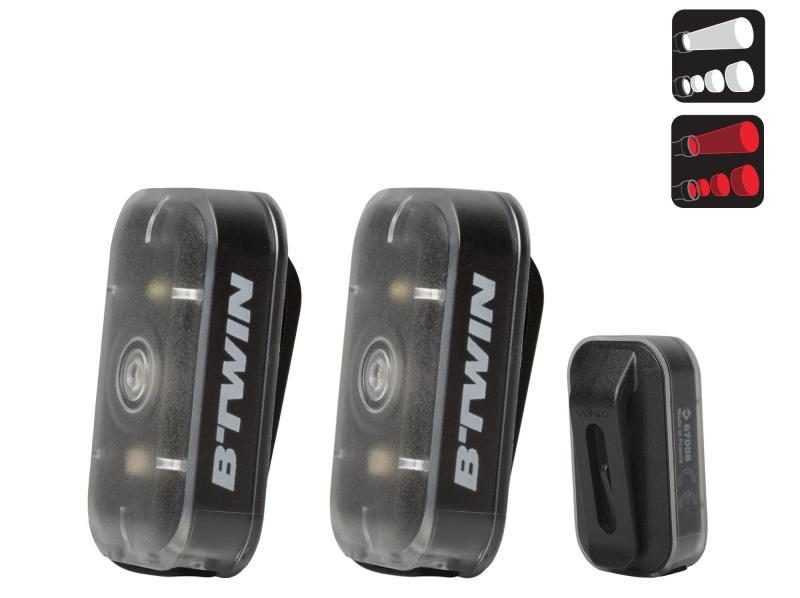 If looking for an inexpensive rechargeable set, the V100 Clip 500 from Decathlon’s in-house brand B’Twin is a great buy.

Currently available for less than £15, they are a fraction of the cost of some of the others on this list, but are great if you’re after a basic set to help increase your visibility when riding at night.

They have two modes (continuous and flashing) and can last for as long as 9 hours between charges on the latter.

Their main selling point though is how adaptable they are, with it possible to clip them to clothing, your bike helmet or onto your bike. 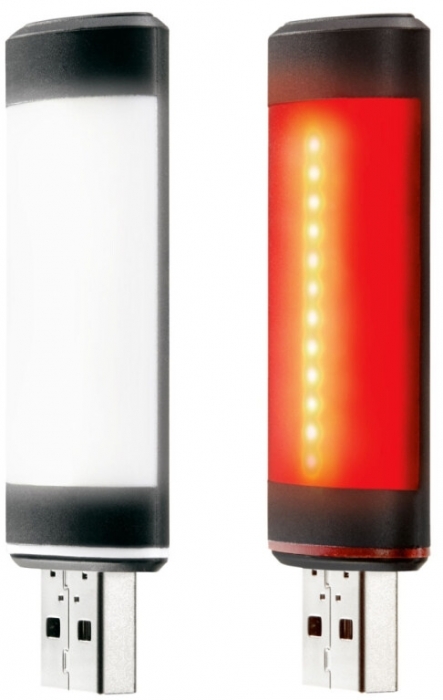 Out of context, the Lumacell lights by British brand Fabric could quite easily be mistaken for a flashy USB stick. And that’s kind of the point.

The compact lights are housed in a tough nylon case that, on removal, reveals a USB adapter that can be plugged straight into a USB port on a laptop or computer. This means there’s no need to carry an additional cable around with you, which is handy if you travel light on your commute to work.

They also have an IPX 5 waterproof rating, so can withstand a shower or two when out riding in autumn or winter conditions. 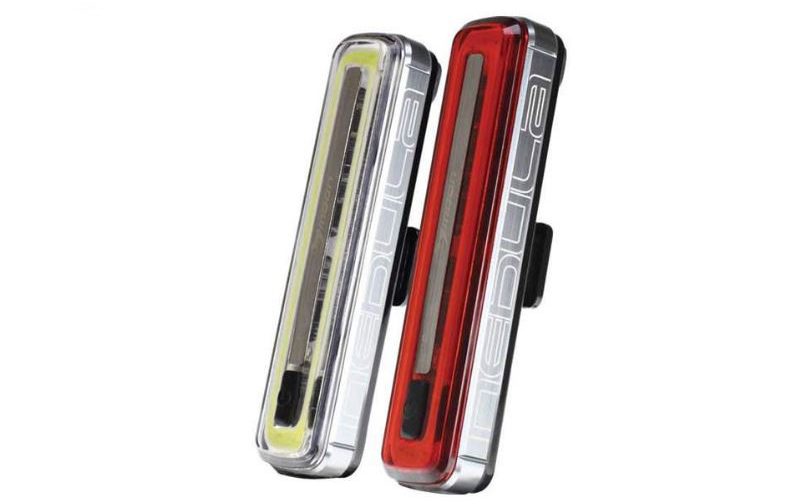 The Nebula is an adaptable ‘be seen’ set by Moon thanks to its eight different light modes.

The front light packs up to 220 lumens into its constant mode, and even has a dedicated 380 lumens ‘Day Flash’ setting to help increase visibility even when riding in daylight.

The rear is similarly impressive, and both can be mounted directly onto the bike or worn on clothing, backpacks or pannier bags thanks to a belt clip.

What’s more, the set is currently available at almost half price. 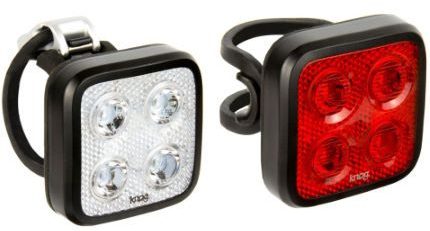 Another set that is currently highly discounted is the Light Blinder Mob Four Eyes Twinpack by Australian brand Knog.

Although not as powerful in terms of lumens as the Nebula set (only 80 at the front and 44 at the rear), it still manages to pack a punch, with the rear light visible almost a mile away.

It’s also guaranteed to be able to survive riding in all conditions, and is waterproof to a level of IP67 against the elements. 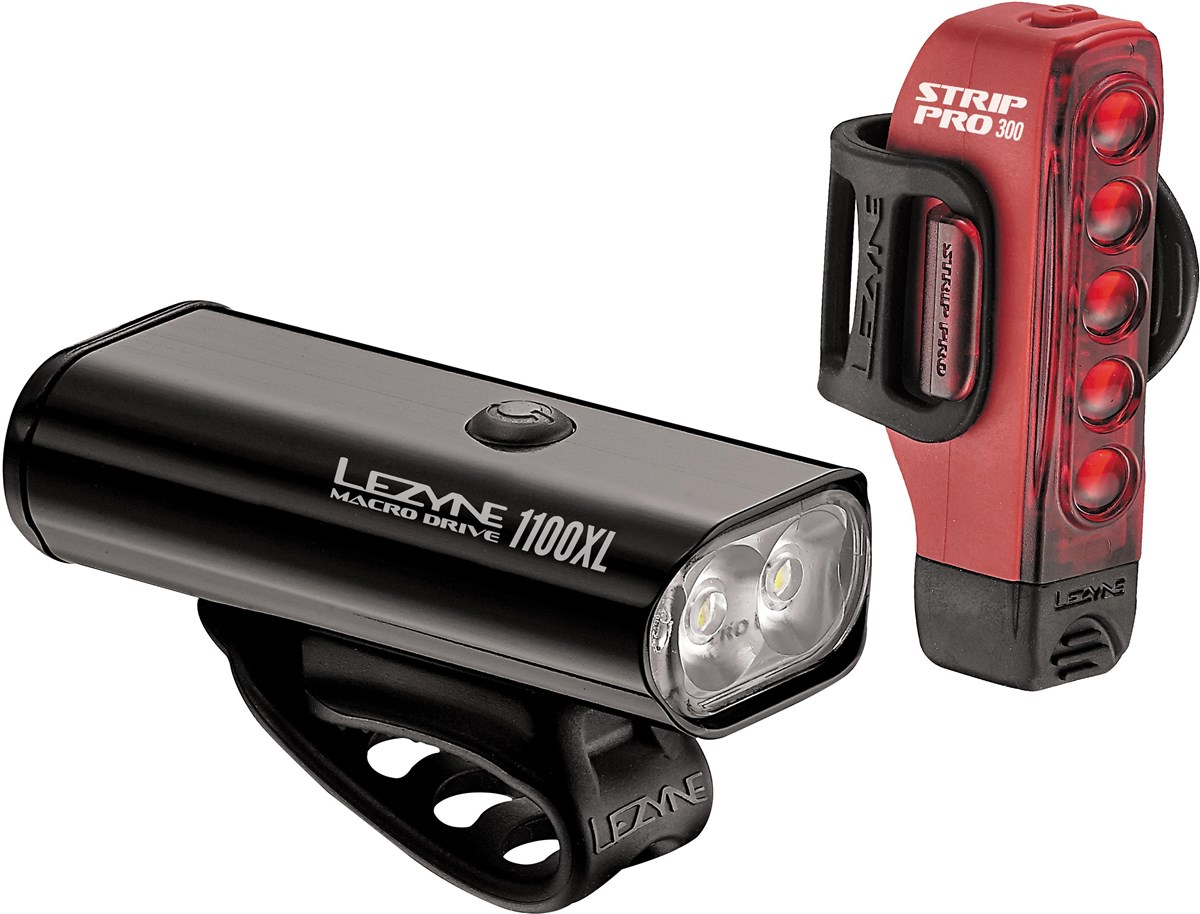 Although the most expensive on this list, this set by American brand Lezyne is the only pairing that fall into the ‘see by’ category.

The compact design belies their abilities, with the front light alone able to deliver up to 1,100 lumens, which is almost as bright as a car’s headlight.

Although they generally retail for £109.99, the set is currently available for under £80, which is a fantastic price for such a great combination of lights.

Enjoyed our roundup of the best bike lights? We've got tons of great cycling content in our Sun Selects Health and Fitness section.

Whether you're looking for new wheels, wall mounts or locks, we've got you covered.

July 5, 2020, Comments Off on Thousands of family wills made over Zoom in lockdown are 'not legal'

'From dress to venue, I organised my wedding without being able to see'

July 5, 2020, Comments Off on 'From dress to venue, I organised my wedding without being able to see'

July 4, 2020, Comments Off on Pret a Manger is set to close up to one in ten of its sandwich shops

July 4, 2020, Comments Off on More giant factory farms will mean we will create more pandemics
We and our partners use cookies on this site to improve our service, perform analytics, personalize advertising, measure advertising performance, and remember website preferences.Ok