The one lesson I’ve learned from life: Benjamin Zephaniah says ask how someone is and really mean it

The son of a postman from Barbados and a Jamaican nurse, Benjamin Zephaniah, 63, was born in Birmingham. Today he lectures, writes poetry and novels and has recorded seven albums. He has 16 honorary doctorates and has acted in Peaky Blinders. Divorced, he lives in Lincolnshire.

Many years ago, I was with my band and we were in rehearsals waiting for a musician to turn up. I’ve got this thing about lateness, partly because it was a big deal getting the money from the record company, and also because I hate the stereotype that black people are never on time.

When he finally turned up, I had a real go at him. I said: ‘I am not wasting money on you, this is two hours we’ve been sitting, waiting. Next time you do this I’ll sack you! Come on, what’s the problem?’ And he just looked at me and said: ‘My father died.’ 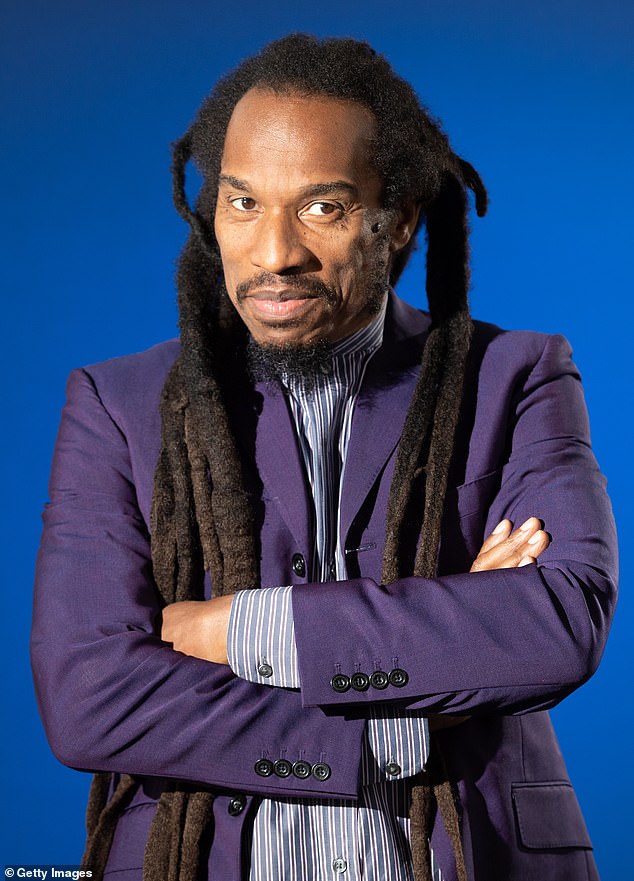 Benjamin Zephaniah, 63, (pictured) who lives in Birmingham, revealed an encounter with a musician who came to rehearsal late after the death of their father, taught him to mean it when asking how someone is feeling

I said: ‘I’m so sorry. And you still turned up to rehearsals?’ I completely changed direction. He said: ‘Benjamin, I didn’t want to let you down.’

That taught me a huge lesson. Ever since then I’ve always said when you meet someone and say: ‘Are you all right?’, you must mean it. And you’ve got to be prepared for them not to be.

I used to think rich people didn’t have problems. That mental illness and depression only happened to poor people who were struggling to make ends meet. But then I started meeting hugely successful people who seemed to have everything, but couldn’t deal with life. So I realised it’s more complicated than I first thought.

Traditionally, men don’t talk. We shove things away into a cupboard, but we’re going to have to clean out that cupboard one day.

I’ve become more open as I’ve got older. I’ve campaigned about prostate cancer, which has affected my relatives — one in four black men and one in eight other men will get it. I’ve talked about being infertile; I would have loved to have kids.

I just cry so much more now. I want to tell people that you can be a physically strong man, but still cry.

WATCH Benjamin’s interview for the 2021 Hay Festival on Hay Player at hayfestival.com