Ben Fogle has claimed he’d be living an ‘eccentric’ off-grid life in a wood if he didn’t have a family – and admitted he’s driven by a notion that people are ‘laughing and sneering’ at him.

The London-born TV presenter, 47, who now lives in Henley-on-Thames, said he feels he connects with the people he meets on his programmes, which includes New Lives in the Wild on Channel 5, because they are, like him, ‘slightly damaged’.

Speaking to the Daily Telegraph, he added that he always seeks to be out of his comfort zone, and would happily take on Strictly Come Dancing if his wife Marina and two children Ludo, 11, and Iona, 10, weren’t so ‘horrified’ by the idea.

‘If I didn’t have a family, I think I would be off… having grown a massive beard, living an eccentric life in a little cabin in some faraway woods, probably up in Sweden or Norway,’ he told the publication. 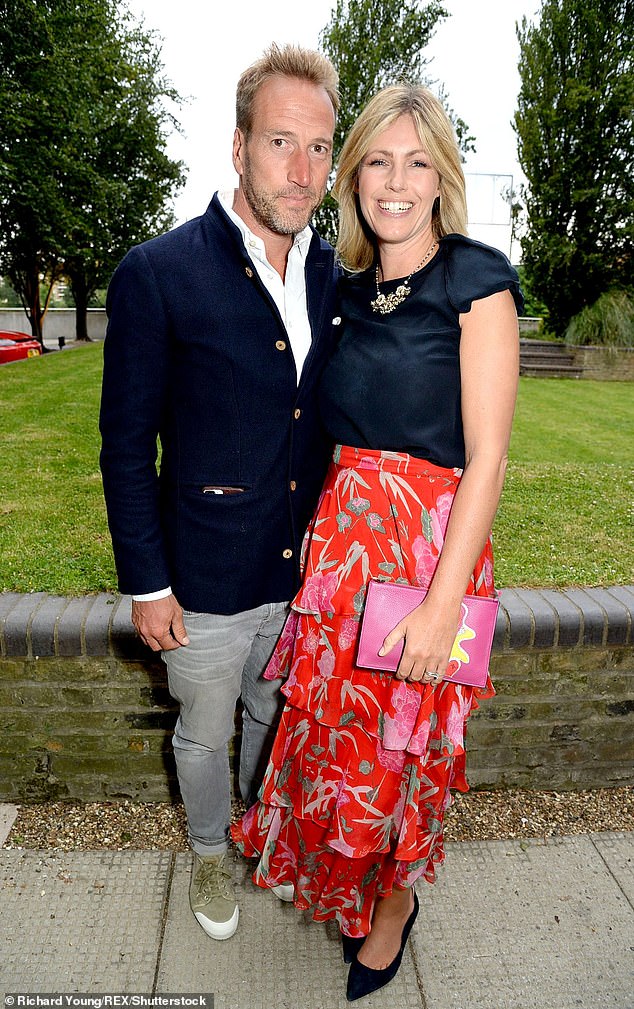 ‘Without doubt I get a pang of jealousy when I see how people can live without the complications we create in our own lives, living the Western, materialistic lives that we do.’

Fogle added that one of the reasons he finds it easy to connect with the people he meets on the show and gets them to open up about the trauma in their lives is the fact he has been ‘very honest’ about the trials and tribulations in his own life.

He previously told how his Mount Everest climb in 2018 was driven by the painful loss of his son Willem, who was stillborn at eight-and-a-half months in 2014. His wife Marina almost died at the same time, after suffering an acute placental abruption.

‘The people I spend time with on New Lives are slightly damaged, but I think we all have damage. I think when you’ve had a profound experience, it does drive you on,’ he said. 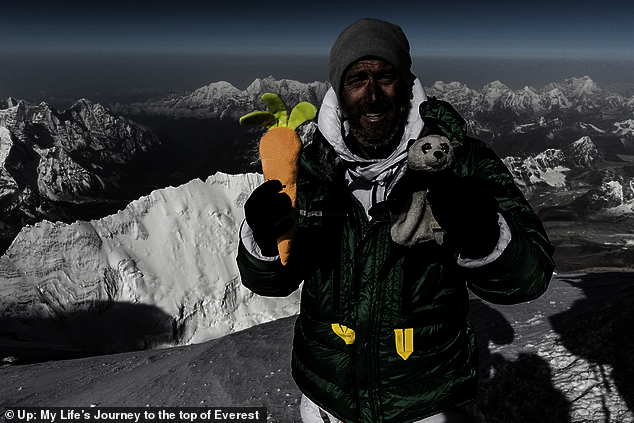 Fogle previously told how his Mount Everest climb in 2018 (pictured) was driven by the painful loss of his son Willem, who was stillborn at eight-and-a-half months in 2014

‘I do find myself driven by this notion that people are still laughing at me and sneering at me. I can’t really help it. I wish it wasn’t the case. But I still feel I have a point to make to those examiners who failed me in all my exams and to those trolls who say vile things.’

Fogle explained that he believes he’s often subjected to abuse online because he has a ‘posh’ accent and went to public school.

He abandoned Twitter last year after he was mocked for suggesting the nation came together for a singalong to mark the Queen’s birthday. Fogle said he found it ‘amazing’ how his day could be ruined simply by reading a couple of nasty comments.

He also started out his TV career on a reality show – BBC’s Castaway 2000 – which he suspects means some people sneer at his programmes and deem them lacking in substance.

Fogle said he always seeks to be taken out of his comfort zone, something he suggested a live morning studio show or Strictly Come Dancing would do. 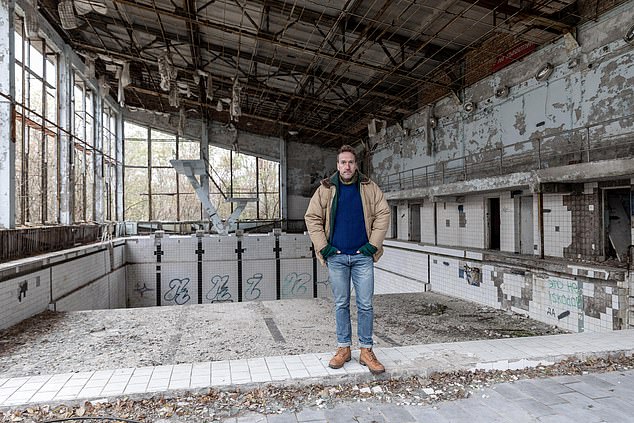 Fogle’s latest project – Ben Fogle: Inside Chernobyl, which airs on Channel 5 on Wednesday at 9pm – sees him spend a week living inside the Chernobyl Exclusion Zone (pictured in the ruins of the Azure swimming pool in Pripyat)

He said he’s been close to doing the latter and thinks he’d ‘thrive’ on the challenge, but his family are ‘horrified’ by the idea.

Fogle’s latest project – Ben Fogle: Inside Chernobyl, which airs on Channel 5 on Wednesday at 9pm – sees him spend a week living inside the Chernobyl Exclusion Zone.

Writing on Instagram about what it was like to film the documentary, he explained: ‘With unprecedented access, I explore the hope after the meltdown. Meeting the people who returned both legally and illegally to live off grid in the vast exclusion zone.

‘And following the wildlife that has returned to this once toxic landscape. As the world recoils from the pandemic and climate change, what lessons of hope can we learn from the aftermath of the 1986 disaster that threatened the world?

‘Getting inside the reactor and even into Control Room Number 4, I will meet the thousands of workers who still work at the plant to contain the fallout. I explore the legacy of Chernobyl as Ukraine seek UNESCO world Heritage status for its unique historical relevance.’

Fogle told the Telegraph he was amazed by the ‘thriving’ wildlife 35 years on from the shocking nuclear accident that rocked the world.

Cameras were granted access into the plant itself – including inside Control Room 4, where the disastrous events unfolded on April 26, 1986 – as well as the deserted towns and forests in surrounding areas.

Fogle said he saw a pack of wolves for the first time and came away with a sense of hope that humans have the power to ‘right the wrongs we have done’ to the planet.