The ‘safe’ Liberal seat of Curtin in the city’s affluent west is becoming a headache for the party like never before. 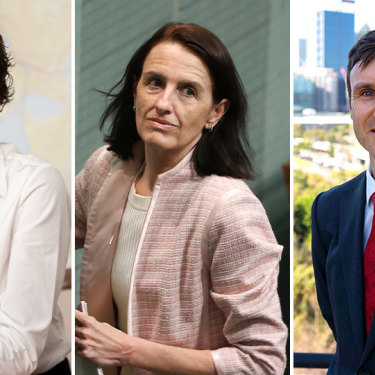 The presence of climate and transparency-focused independent Kate Chaney could see first-term Liberal member Celia Hammond unseated, which has sparked an election campaign resembling something more akin to ultra-marginal seat tussles and has thrown a spanner in the works for the Liberals’ broader West Australian campaign.

It is no wonder, with recent polls suggesting a neck-and-neck race between the two women. Losing Curtin would place a giant boulder in the Liberals’ path back to government, according to Notre Dame Politics and International Relations professor Martin Drum.

“I think every sort of independent race is a bit different, but every seat [the Liberals] lose makes it harder for them to form a majority government,” he says.

Curtin has always been a Liberal seat – except for a hiccup in 1996 when incumbent Liberal Allan Rocher fell out with his party and ran successfully as an independent. Under former foreign affairs minister and one-time prime ministerial hopeful Julie Bishop’s rein from 1998 to 2019, she gradually increased the margin to 20.7 per cent at the 2016 election.

Hammond lost some paint following her victory, but at 13.9 per cent Curtin remains the Liberals’ safest seat in WA, its spiritual home and the source of its best fundraising prospects.

The affluence of the electorate is not just reflected on the billboards. According to the 2016 census, weekly household income was nearly $500 above the WA average at $2052 and the medical sector is the biggest employer of its residents.

Curtin also has the highest level of university-educated people in the state, at 44.1 per cent of residents.

It is these demographics that the climate-focused independent movement, which Chaney finds herself a part of, hope makes Curtin ripe to unseat a Liberal MP.

Flyers and campaign materials are strewn among the cooking equipment and cutlery left behind from the once-bustling Subiaco Japanese restaurant where Chaney’s campaign is headquartered.

There is an air of chaos to it all but as one of the new wave of ‘teal independents’ backed by Simon Holmes à Court’s Climate 200 group – which is actively supporting climate-focused independents across the country – Chaney is emerging as a serious contender.

She says Curtin has been taken for granted by the Liberal party for a long time.

“I strongly believe that our two-party system is failing us, it’s all about winning elections, instead of setting the long-term direction for the country,” she says.

She has an army of more than 500 volunteers and is easily outpacing most major party campaigns in the fundraising stakes. According to her publicly declared ‘donor wall’, by Tuesday, her campaign had reaped $686,000 in donations – with $300,000 of that from Climate 200. 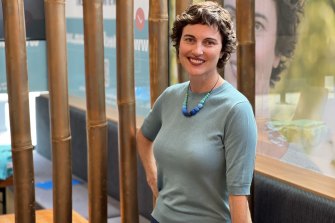 Chaney was approached to run earlier this year by a recently formed group called Curtin Independent, which identified her as an ideal candidate given her professional background and family history in business and the Liberal party.

Her grandfather Fred Chaney was a Menzies government minister while her uncle was a Fraser government minister. Her father Michael is one of WA’s most recognisable business figures as the current chair of Wesfarmers and former chairs of Woodside and NAB.

Chaney’s own business credentials as a corporate lawyer, head of sustainability at Wesfarmers and innovation director at Anglicare are what her campaign hopes will get Liberal voters to switch their thinking this year.

Despite this Liberal pedigree, Chaney has been forced to fight off questions over her independence by her opponents after she admitted she joined the Labor Party for a short time last year.

She said she joined after deciding she needed to stop complaining about politics from the sidelines, but after attending one event found it was more of the same tribalism.

“I’ve been called just another Liberal, a Labor Party stooge, a Climate 200 stooge. It’s very hard for people to get their head around the idea of actual independence,” she says.

Hammond left her role as Notre Dame University vice-chancellor to run for Curtin after Bishop’s retirement in 2019 with the support of former finance minister and WA senator Matthias Cormann.

The past three years, like other first-term MPs, have been unlike any other as the government’s policy focus turned to the COVID-19 pandemic response.

Hammond’s most notable effort during the pandemic was to campaign for citizens desperate to bring their immediate family members living overseas into Australia after the international borders shut. She tabled a petition in parliament calling for a relaxation of the rules.

According to one Liberal party member, Hammond has not established herself an expert fundraiser like Bishop, who could easily raise hundreds of thousands of dollars at just one dinner.

In normal elections, money raised in Curtin would be spent on other electorates, but the insider said this year’s campaign was struggling to fundraise at that same level and anything brought in was being spent to sandbag the electorate. 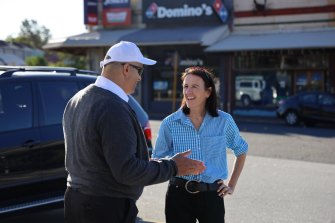 Celia Hammond hopes to retain the Liberal stronghold of Curtin.

Hammond brushes aside these concerns and says she receives plenty of support from both Liberals and non-Liberals.

“I focus on doing what I can do, and what I need to do, which is being out in my electorate and meeting with people,” she says.

Hammond recognises this election is not the foregone conclusion that Curtin could once be chalked up to be.

“Even going back to 2019 I said there’s no such thing in this world as a safe seat,” she says.

“If you go into parliament with that sort of mentality, then you shouldn’t be in it.”

She expresses similar sentiments to Prime Minister Scott Morrison and other Liberals facing independent opponents that a vote for them is a vote for instability.

“This is not a time for a protest vote, and it is far better to elect a member a person who is a strong member of a team because they are actually capable of helping to implement change, helping to deliver it, helping to govern. Politics is not a solo endeavour,” she says.

Preference flows from Spencer, and Greens candidate Cameron Pidgeon, will be key if Chaney wants to successfully unseat Hammond.

Recent polling suggests Chaney will receive about 24 per cent of the first-preference vote, while Hammond is tracking at 42 per cent, and Labor and the Greens polled 20 per cent and 9 per cent respectively.

The Greens have already announced they will encourage voters to preference Chaney second on the ballot paper.

Richard Yin has been pounding the pavement outside shopping centres and at populous beachfront centres in Curtin ahead of the election – but he is not a candidate.

He is a doctor and convenor of Doctors for the Environment in WA, who had been targeting Curtin before Chaney was announced as a candidate.

“It’s an area where I think we thought the issue would resonate,” he says.

“I think the polling has been somewhere in the vicinity of 70 per cent of people want more climate action, and close to that, around 60 to 70 per cent are also willing to actually pay for it in some sort of way.”

Pushes from community and advocacy groups like this are shaping Curtin as prime real estate for a climate stoush. 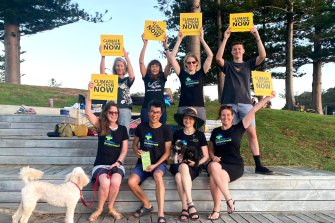 Doctors for the Environment campaigners in Cottesloe, in the heart of the Curtin electorate.

“Certainly, climate change is also something that’s appealing to younger voters and to voters in electorates where there’s high levels of formal tertiary education. That is Curtin right down to a tee,” Drum says.

When Josh Frydenberg visited Perth earlier in April he said climate change was the issue that cropped up the most in discussions with Curtin voters.

Hammond said the Morrison government has “absolutely committed” to addressing climate change but that commitment had been “submerged in noise”.

“This government has committed to net-zero by 2050, and it’s set out a plan for us to get there,” she said.

“There’s $22 billion over the next decade to be invested into new emissions’ technology, but it’s also set out a plan for which we’re going to be accountable and for me, a key part of this is that the plan is not set and forget.”

Hammond said she was most excited about the new technologies being developed to lower emissions and hoped the country would devise a breakthrough in green hydrogen.

The climate battleground suits Chaney who believes there is a sense in the electorate the country has lost 10 years on climate action to politics.

She says all fossil fuel subsidies need to end but stopped short of backing a Greens pledge to cancel all new fossil fuel projects, including Woodside’s Scarborough gas project.

“As a taxpayer, I’d rather my money was being put into transition rather than propping up fossil fuels,” she says.

“We do need a smooth transition and gas will play a part of that transition but from now on, we need to think of everything as being part of the transition mix.

“I think it requires some, some bold vision from the government to develop the infrastructure and the framework required to enable that transition to happen.”