A quick and easy way to open a glass jar using a teaspoon has been shared with more than half a million people on TikTok.

Talented baker and cake decorator Tegan ‘Tigga’ Maccormack, from Melbourne, revealed the simple hack in a short video demonstrating how to open the sealed jar with ease.

While many often turn to running the jar under hot water or gently banging it against a countertop, Tegan instead slid the end of the spoon under the lid until she heard a pop. 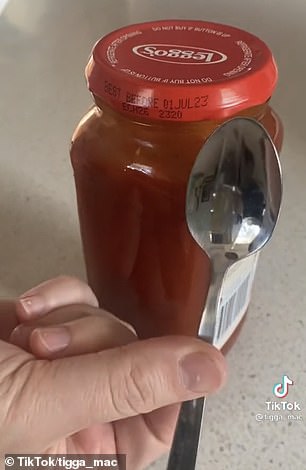 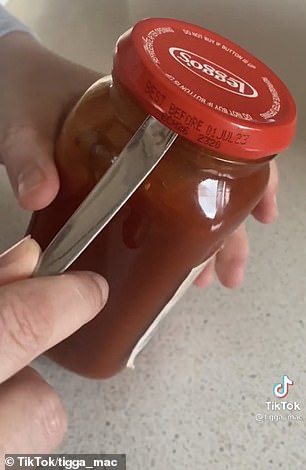 Talented baker and cake decorator Tegan ‘Tigga’ Maccormack, from Melbourne, revealed how to open a glass jar using a teaspoon 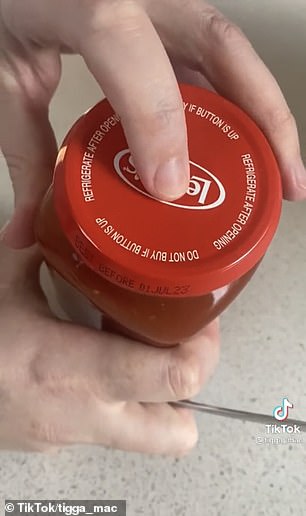 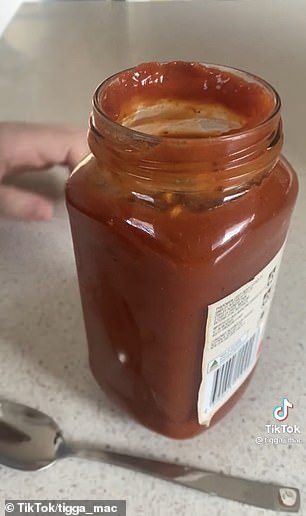 ‘Just a quick little hack for anyone who’s struggled to open jar, sometimes I’ve seen some people banging it on the edge of the bench to try and loosen the lid off – you don’t need that, all you I need is a teaspoon,’ Tegan said in the clip.

At the start of the video Tegan can be seen struggling to open the jar of passata tomato sauce.

Using the spoon, she slid the handle under the lip of the jar and with hardly any force she gave it a little twist sideways before hearing a popping sound.

‘There goes the pop and that just means all the pressure has gone from the jar so the lid just twists off – easy as!’ she said.

Thousands praised the easy hack online and the now-viral video has been viewed more than 116,000 times.

‘Thank you! I have always banged them on the bench,’ one TikTok user wrote.

But a small handful of people were shock the clever hack wasn’t ‘common knowledge’.

‘Surely everyone already knew this??’ one woman wrote.

Tegan has been baking cakes for more than 10 years and co-founded her business Cake For Days with her best friend Katie in 2017.

She’s known for sharing her impressive creations with her huge TikTok following.