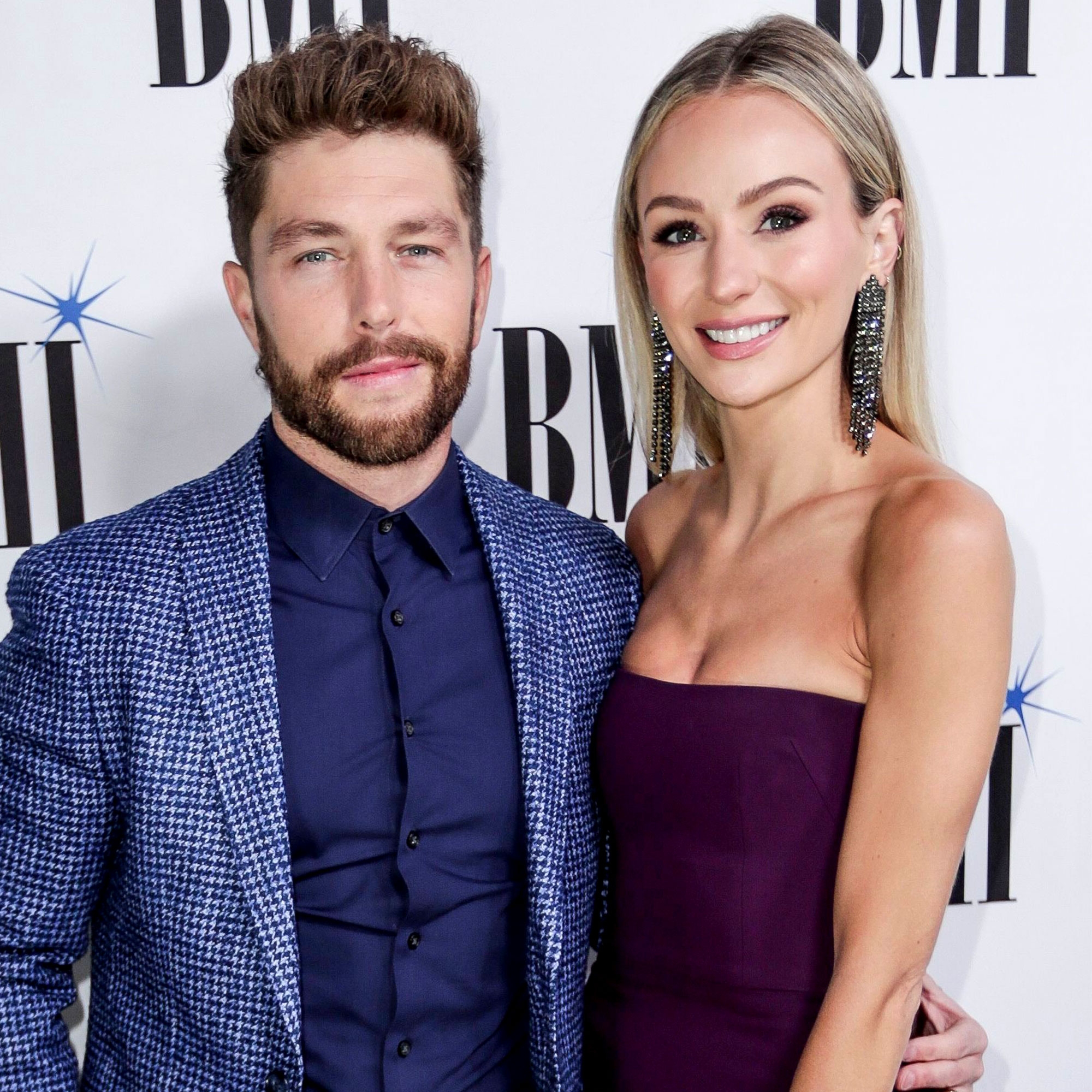 We can’t wait to meet you baby BOY 💙💙💙,” the pregnant star, 32, captioned  photos from a maternity shoot with her husband and their eldest child via Instagram.

The couple’s second child, who is slated to make his entry into the world in October, will join big brother Dutton, 13 months, whom the Lanes welcomed in June 2021.

Last month, the pair exclusively told Us Weekly that expanding their family further depended on whether Dutton was getting a little sister or brother.

Celebrity Pregnancy Announcements of 2022: Which Stars Are Expecting Babies

“I think if we have a girl … we obviously want what the good Lord wants for us, but at the end of the day, I think it’ll be easier to stop at two, if it is a girl,” the “Stop Coming Over” singer, 37, told Us in July. “If it ends up being a boy, I’m assuming that we will be trying for a third.”

Regardless of the sex of the child, however, the country crooner is eager to see how Dutton adapts to being a big sibling.

“I can’t wait to see his reaction when baby No. 2 comes home,” Lane gushed. “They’re gonna be pretty close in age. And I hear when they reach the age of 2, that it’s a little easier because they can just play with each other a lot. So we’ll see.”

Bushnell Lane, 32, is equally as excited to see how their son takes to his new role.

“Party of 4, coming October 2022,” the reality star shared in her pregnancy announcement via social media on June 6. “I cannot wait to see you as a big brother, Dutty!”

The Bachelor season 20 winner, who tied the knot with the “Big, Big Plans” artist in October 2019, has had a rough go of it with her second pregnancy. Bushnell Lane has not only been open about the big differences in her two pregnancies, but also about the health problems she’s faced in her current one.

“I don’t remember showing this much at 21 weeks with Dutton. So thankful baby is growing but Lord this might be a 10 pound baby,” the Oregon native shared in June via her Instagram Story. “Dutton was 9 and I’ve also gained a lot more weight this time around. (Dutton I gained 40+ pounds.) So crazy how diff every pregnancy is.”

The Bachelor Nation alum also revealed that she was diagnosed with “marginal cord insertion” during her current pregnancy, a condition that she described as when the “umbilical cord attaches to the edge of the placenta versus the middle.”

Despite the difficulties this time around, Bushnell Lane is still experiencing a common pregnancy symptom: cravings — the “most random” being gum, she divulged via Instagram earlier this month. “Flavor lasts for 2 minutes but [it’s] worth it,” she explained.