Tick, tock! Kylie Jenner hinted that she and Travis Scott have yet to choose another name for their 2-month-old son after they decided to stop calling him Wolf.

When the Keeping Up With the Kardashians alum, 24, gave her Instagram followers a glimpse of Khloé Kardashian’s 4-year-old daughter True’s cat-themed birthday party on Sunday, April 10, she showed gift bags for her two kids. Jenner’s 4-year-old daughter’s basket was marked “Stormi,” while the other read “Baby Webster.”

Jenner told Entertainment Tonight on Monday, April 11, that she has “strong options” in mind, explaining, “We haven’t officially changed it. Before I officially change it, I want to make sure. … Wolf was never on our list. It just was something Khloe suggested. I liked the name. There’s nothing against Wolf, it just wasn’t him.” 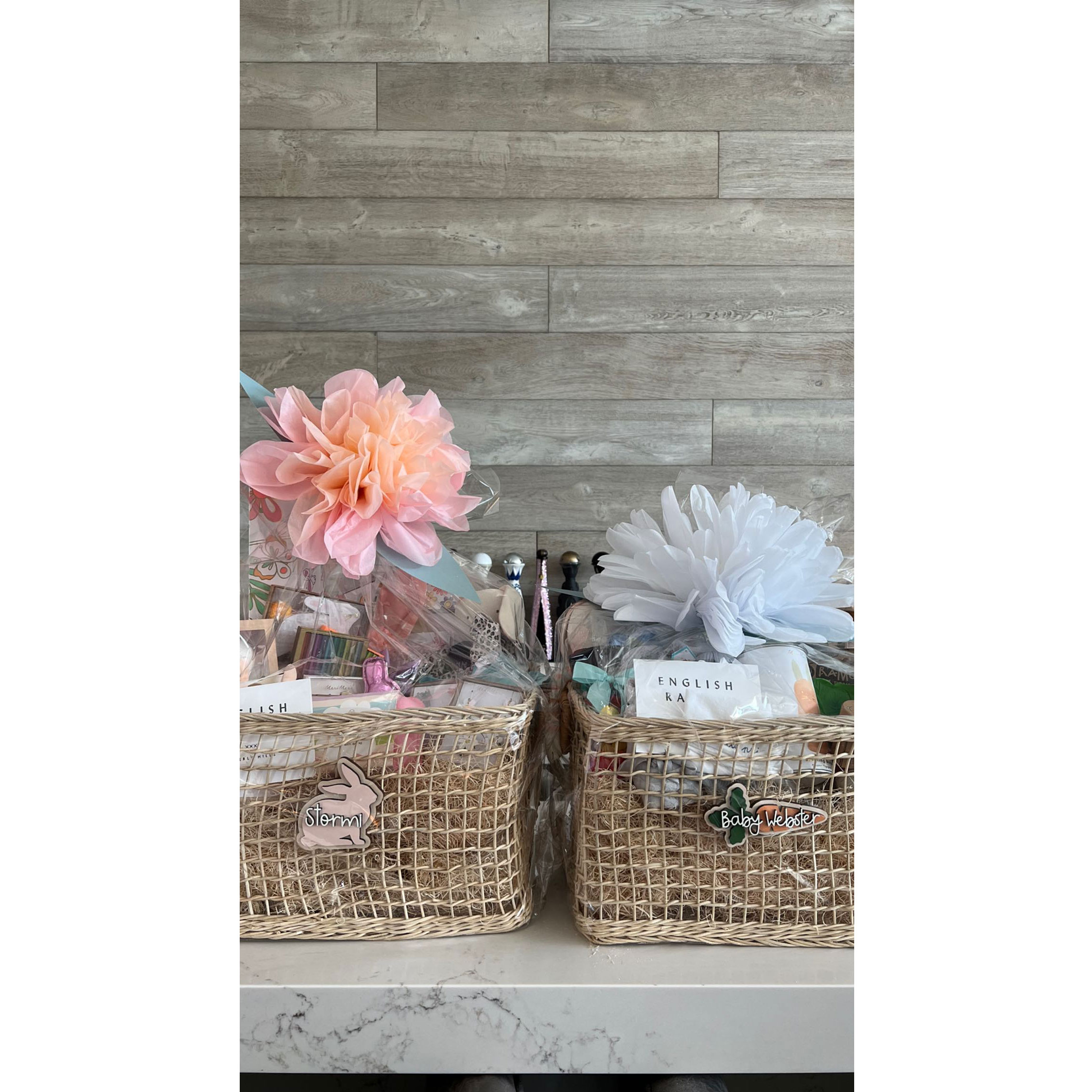 The Kylie Cosmetics creator gave birth to her baby boy in February, and the infant’s birth certificate revealed his full name: Wolf Jacques Webster. The reality star clarified last month that her newborn no longer goes by the moniker.

North! Psalm! All of the Unique Meanings Behind the Kar-Jenner Kids’ Names

“FYI our son’s name isn’t Wolf anymore,” the Hulu personality wrote via Instagram Stories in March. “We just really didn’t feel like it was him. Just wanted to share because I keep seeing Wolf everywhere.”

Caitlyn Jenner told Entertainment Tonight that same month that choosing a name can be “very difficult,” saying, “When you have a little child, the little baby comes out and you think of what it should be, but then you get them in your arms and you play with them and spend time with them and say, ‘I don’t know if that name fits, maybe it’s another name.’”

The I Am Cait alum, 72, called the switch “Kylie’s decision” and said she was not allowed to reveal the new choice. “Honestly, I think this is very good,” the Secrets of My Life author said.

Rumors have since swirled that Kylie’s ex-friend Tammy Hembrow is the reason why she ditched her second child’s original name, as the pregnant Aussie, 27, welcomed a son named Wolf in 2015.

The fitness guru threw shade at the Kylie Skin creator in February, posting a picture with her toddler captioned, “My Wolf.” As for naming her and fiancé Matt Poole‘s upcoming arrival, she joked via Twitter that she was “actually liking the name Stormi [at the moment].”

Kylie and Scott, 30, have both taken the credit for picking the name Stormi when she arrived in February 2018, the makeup mogul told the Evening Standard two months later.

“Her dad insisted it was him, but I feel like it was me,” the Kylie Baby creator explained in May 2018. “And that kind of just stuck with us. And then I didn’t really like just Storm — I didn’t feel like that was her name. So then it became Stormi. And it just stuck.”