Wagwan with our beautiful language? As experts say an urban dialect is taking over, IRAM RAMZAN argues that not all change is good

Wagwan, mandem. I ain’t chirpsing, though you do look peng. Confused? You’re clearly not from a ‘diverse’ area of London — and perhaps you’re of a certain age. Many people under 30 in parts of the capital would have understood me perfectly.

And if you thought that I sounded more like Sacha Baron Cohen’s spoof rapper Ali G, sadly this isn’t a joke. Experts at Oxford University believe Multicultural London English (MLE), a dialect that emerged in the early 1980s among Jamaican immigrants and soon spread beyond those communities, is set to become far more common. Some reports have even suggested it could become the ‘dominant’ form of English within a century.

Its vocabulary includes ‘wagwan’ (what’s going on?) ‘bare’ (very/a lot of) and ‘peng’ (attractive). A ‘wasteman’ is not someone who collects your bins, but a loser. Meanwhile, ‘chirpsing’ means flirting, and ‘mandem’ or ‘gyaldem’ refer to a group of men or women. A car is a ‘whip’ and ‘lips’ means kiss. 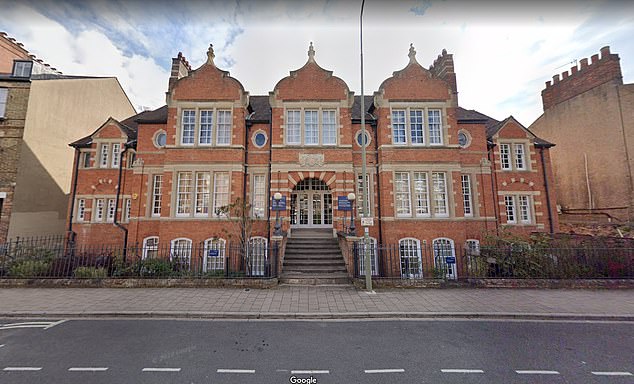 Dr Matt Hunt Gardner, departmental lecturer in sociolinguistics at Oxford, told the Mail this week that these words would ‘enrich’ our common tongue.

‘Language changes naturally, so . . . there’s nothing we can do to stop it,’ he added.

Well, frankly I despair! This sort of slang degrades our beautiful language.

The young have always copied one another — the Bright Young Things in the 1920s popularised ‘darling’ and ‘divine’, while the 1960s counterculture gave us ‘groovy’ and ‘far-out’.

But now MLE — spurred by the awful ‘grime’ and drill music that idolise violence and drug-dealing — is taking over modern teenagers’ speech.

Last year, the drill song Body reached No 1 in the Official Singles Chart. Rappers Russ Millions and Tion Wayne yell about ‘my nank [knife] just wavin’ and ‘in my face, love the altercation . . . with my shank [knife], that’s a combination . . . when I punch man, it’s grievous’.

Sadly, this is the new language of ‘aspiration’. Too many young people want to speak like gangsters or the airheads on the dating show Love Island. And even if the Oxford boffin is right that ‘there’s nothing we can do to stop it’, those young people will find it harder to get a job if they greet their interviewers with a casual ‘Wagwan’. 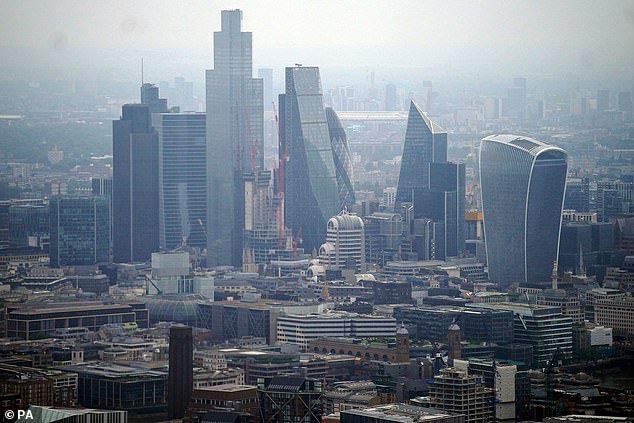 Its vocabulary includes ‘wagwan’ (what’s going on?) ‘bare’ (very/a lot of) and ‘peng’ (attractive). A ‘wasteman’ is not someone who collects your bins, but a loser. Meanwhile, ‘chirpsing’ means flirting, and ‘mandem’ or ‘gyaldem’ refer to a group of men or women (pictured City of London skyline)

The steady creep of MLE into English has been going on for years. The historian David Starkey provoked a storm of criticism during the 2011 riots when he declared: ‘A particular sort of violent, destructive, nihilistic gangster culture has become the fashion . . . this language, which is wholly false, is . . . Jamaican patois that has intruded in England.’

There was instant backlash to these remarks — and Starkey was accused of being racist.

But however poorly he chose his words, he was right about one thing. The street language spoken in London’s urban areas has indeed spread further afield — and that’s not a positive step because it’s likely to limit its speakers’ options when it comes to their professional lives.

Yes, language changes over time. Even the Queen no longer speaks the Queen’s English: a recent analysis of the monarch’s Christmas broadcasts showed her cut-glass vowels have softened over the years to become more ‘common’. But not all change is good.

Thankfully, there is debate among the ivory towers of academia. Paul Kerswill, emeritus professor in sociolinguistics at the University of York, told BBC Radio 4 this week that while MLE is certainly causing the language to adapt, ‘I don’t think it will become the dominant dialect: I don’t see any possibility of that.’

And that’s bare good news to me.