All tied up! Artist creates stunning portraits of stars including Adele and Heath Ledger by weaving THREAD between nails on canvas

An artist from Russia has created extraordinary works of art using nothing but nails and coloured thread on canvas.

Konstantin Khlanta, 27, from Tula in Russia, is a string art artist who uses his creative talent to produce portraits of celebrities including Adele and Avril Lavigne.

Konstantin has also put his hand to creating artworks of fictional characters too, with one of his most striking pictures portraying Heath Ledger’s version of The Joker. 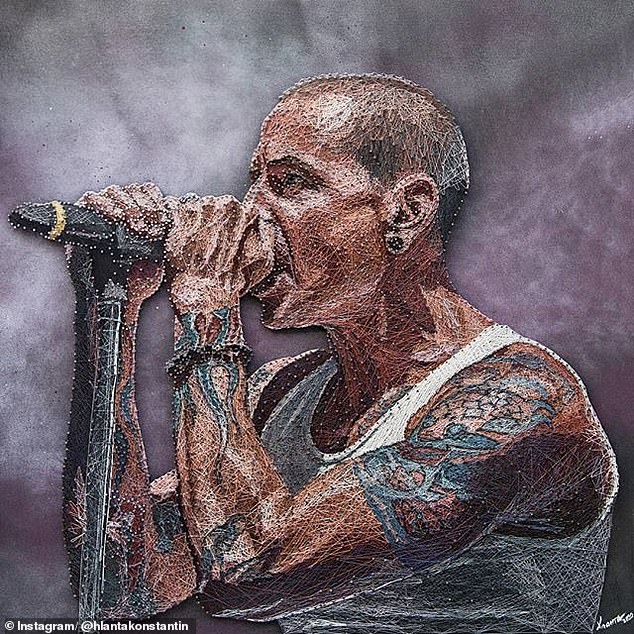 Konstantin Khlanta, 27, from Tula in Russia, is a string art artist who uses his creative talent to produce works of art. Pictured, Chester Bennington of Linkin Park 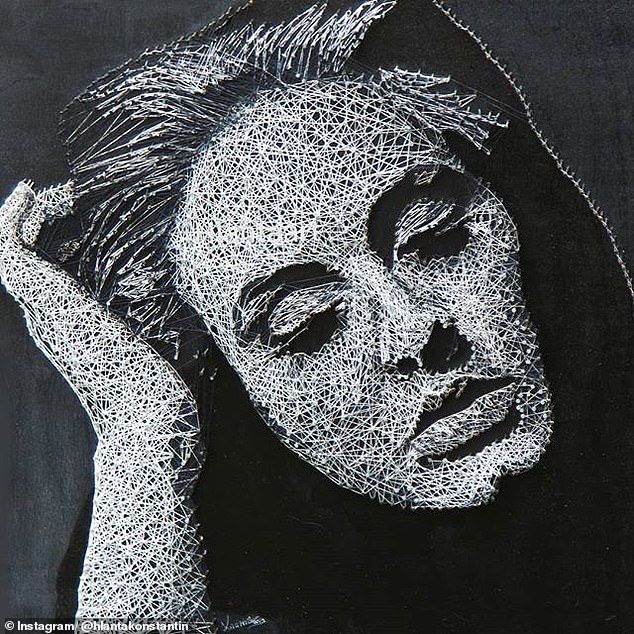 Figures such as Adele (pictured), Avril Lavigne and even The Joker have been brought to life by Konstantin’s hands

In order to create his pictures, Konstantin said he begins with a sketch of the person he is creating – either a celebrity or a commission.

He then attaches nails over the sketch to create an outline, before removing the sketch and beginning to work with the thread.

Describing his workflow, Konstantin said: ‘I know that many artists who do string art use schemes, like from nail 1 to nail 5 etc. I don’t have schemes, I use thread like a pencil and just draw.

‘How to make layers and shadows I was learning by drawing with pastel. So it seems the same for me.’ 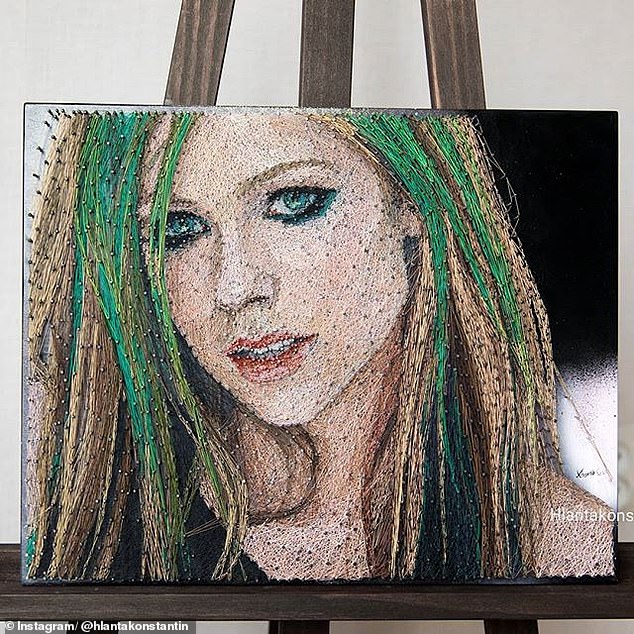 In order to create his pictures, Konstantin said he begins with a sketch of the person he is creating – either a celebrity or a commission. Pictured, Avril Lavigne 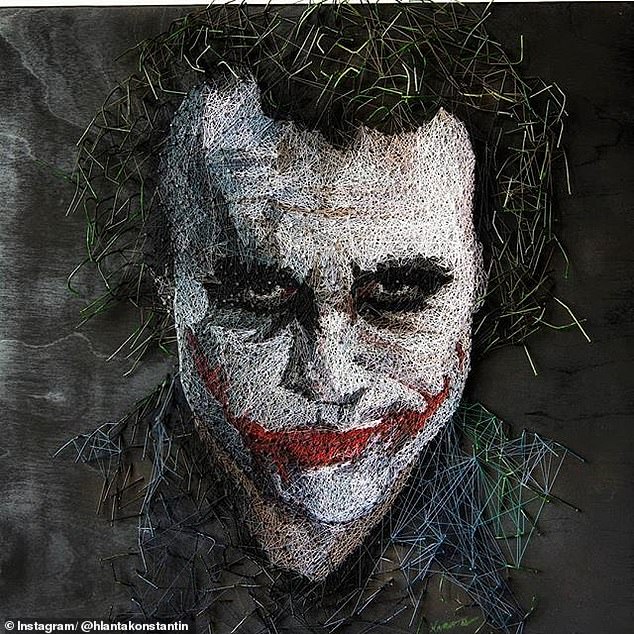 Konstantin says that unlike other artists he knows, he doesn’t create with works using a plan, instead using the thread as a pencil and drawing his creations as he weaves it round the various nails. Pictured, Heath Ledger as the Joker

Although now working on string portraits, Konstantin began his art career with pencil drawings in 2008.

He watched the music video for Linkin Park’s ‘Numb’ in which he saw a woman drawing and decided to give it a try himself.

His connection with the band Linkin Park didn’t stop there though, because when lead vocalist Chester Bennington died he decided to create a string portrait of the musician.

Konstantin said: ‘I’ve never been to artists school or something like that. 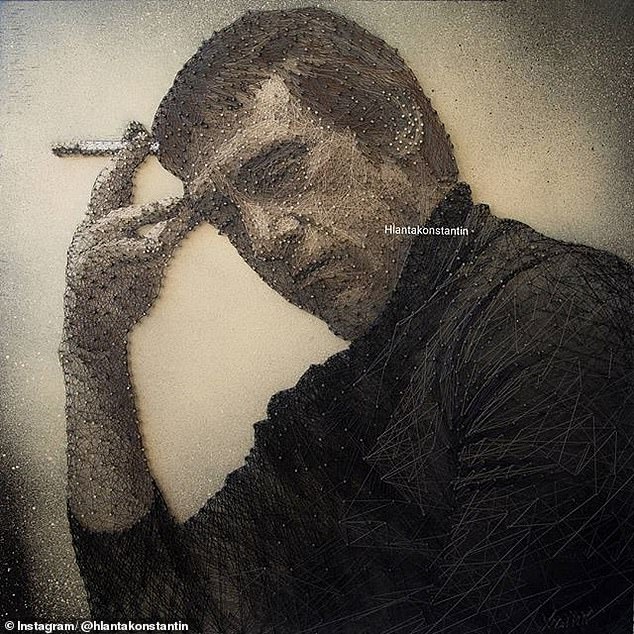 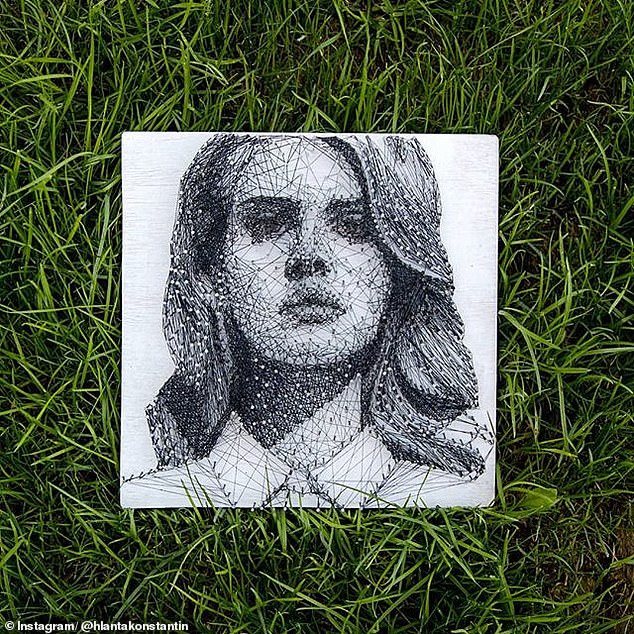 ‘The death of Chester Bennington triggered me to find another way to share my feelings. Drawing was not enough.

‘On the other hand I was often told that I couldn’t compare with a camera in realism.

‘So in 2018 I made my very first string art portrait of Chester Bennington. It was made with one thread.