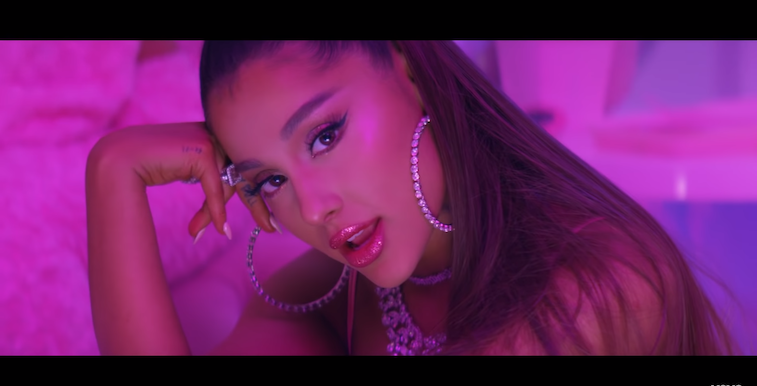 Ariana Grande has has an interesting experience with her new hand tattoo.

Fans have been having a field day on social media calling out the singer for getting a tattoo that translates into “Japanese BBQ Grill.”

Even though Ariana Grande is content with her new ink, the singer recently offered a large amount to have laser tattoo removal.

Ariana Grande is still getting called out for her ink

After getting called out on social media, Grande decided to go through the pain and have the hand tattoo completed with the remaining Japanese symbols.

All seemed fine with the now completed tattoo, but fans quickly pointed out that Ariana Grande’s tattoo still did not translate to “7 Rings”.

This time instead of translating to “BBQ Grill,” the altered tattoo now translates to “Japanese BBQ Grill”.

A laser removal company wants to partner with Grande

With Ariana Grande’s tattoo fail currently being a trending topic, the singer has been offered a large sum of money to have the ink removed.

LaserAway, a company that specializes in hair and tattoo removal, has offered Ariana Grande $1.5 million deal.

The deal entails that the company would remove Grande’s hand tattoo and all she would have to do is take part in a video/photo to be used in social media, print viral campaigns.

Ariana Grande has also been asked to share one post per month that would in turn aid the company.

The company has reached out to Ariana Grande’s manager, Scooter Braun, to ask for the singer’s compliance.

Braun revealed to MailOnline, “I can’t speak for Ariana as we have not received this letter, however, if they’re willing to send me the offer, I’m sure I’d be happy to get a tattoo and then remove it real quick … for $1.5 mil.  Hopefully, we can make this deal before her album comes out next week — shameless plug.’

Ariana Grande knows she made a mistake

Shortly after getting the Japanese phrase tattooed on her hand, Ariana Grande admitted to making a mistake when it came to her new ink.

Though the singer knew her tattoo did not translate to what she wanted, Grande revealed that the pain of getting a hand tattoo was too much to handle.

In a Twitter post, Grande wrote, “Indeed, I left out [some characters] which should have gone in between. It hurt like f**k n still looks tight. I wouldn’t have lasted one more symbol lmao. But this spot also peels a ton and won’t last so if I miss it enough I’ll suffer thru the whole thing next time.”

Ariana Grande has nit commented on whether or not she will agree to working with the LaserAway company and will pocket the $1.5 million she is being offered.

We will see if Ariana Grande decides to give laser removal a shot or if she will just keeps the tattoo as a permanent reminder of her hilarious mistake.