Anna Wintour has become a grandmother for the third time after her daughter Bee Shaffer gave birth to her first child with husband Francesco Carrozzini, a baby boy named Oliver Sozzani.

The proud new mother, 34, shared the joyful news on Instagram on Wednesday, posting several images of her newborn baby boy, while revealing that her son arrived on October 25.

In one the photos, Oliver is seen in his hospital cap and blanket, while the other two show the baby boy at home, modeling a sweet knitted reindeer hat and matching knitted brown trousers.

Oliver’s middle name, Sozzani, serves as a touching tribute to his late paternal grandmother, Francesco’s mother Franca Sozzani, who passed away from lung cancer in December 2016 at the age of 66. 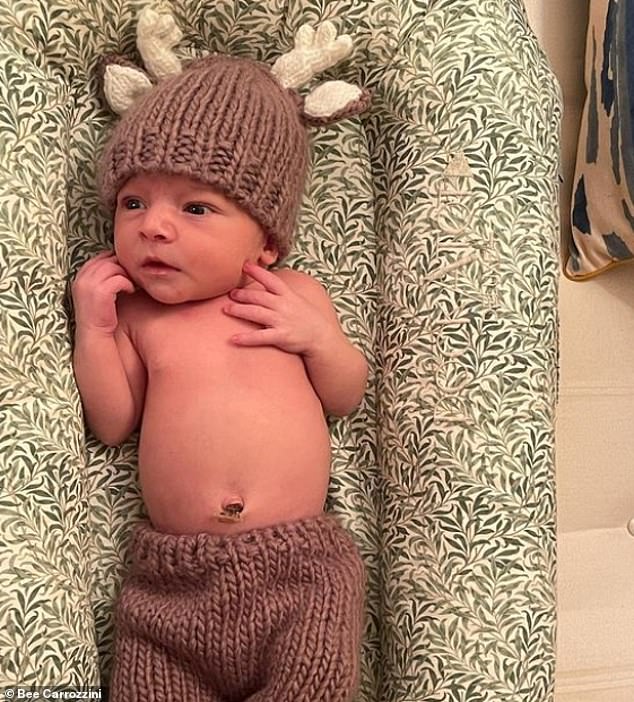 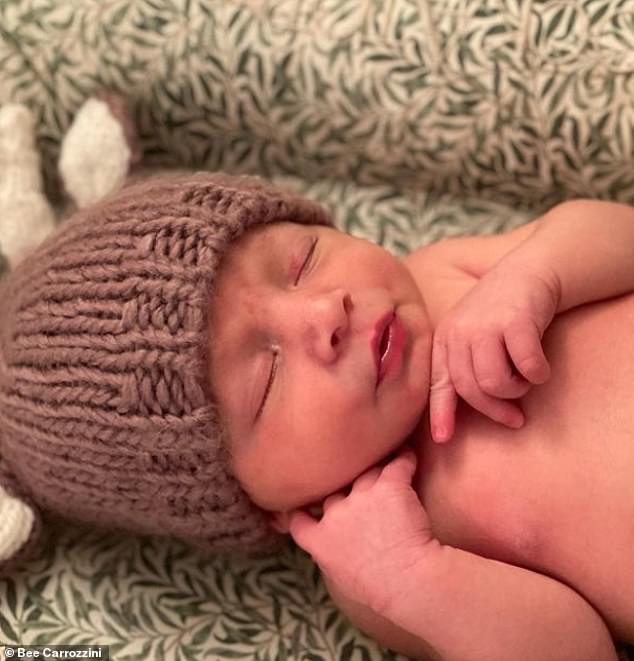 Heartwarming: The 34-year-old new mother shared several images of her son on Instagram, where she revealed that he was born on October 25 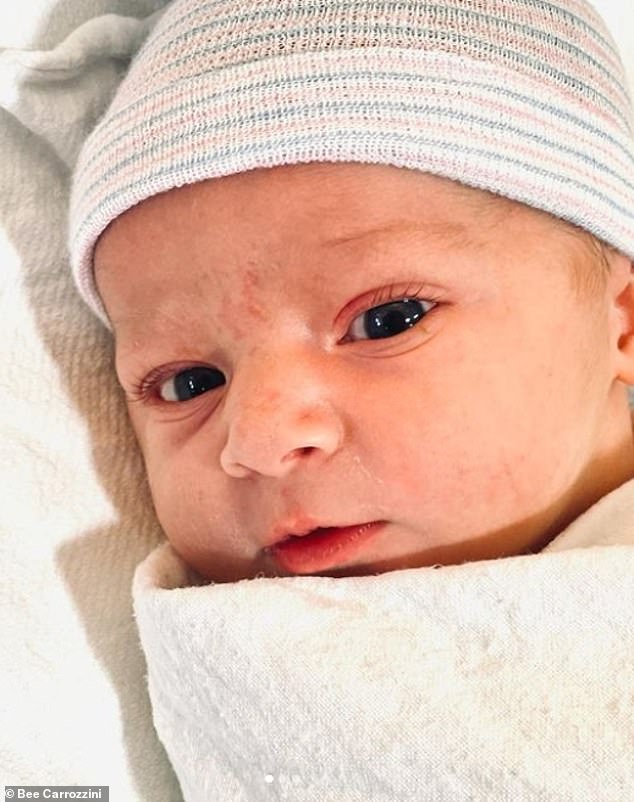 Touching: Oliver’s middle name Sozzani is a touching tribute to his late paternal grandfather, Francesco’s mother Franca Sozzani, who passed away from lung cancer in December 2016

Katy Perry also chimed in to celebrate Oliver’s birth – remarking that she shares a birthday with Bee and Francesco’s newborn son.

‘Omg I love my birthday twin. Congrats,’ the chart-topper wrote.

Bee, who has been working in a behind-the-scenes role on Broadway for several years, was also sent several sweet messages from musical stars, including Dear Evan Hansen star Ben Platt and singer Josh Groban.

Unsurprisingly, a number of high-profile figures from within the fashion world were also quick to offer their congratulations in the comments section, including designers Zac Posen, Joseph Altuzarra, and Jennifer Meyer – the jewelry designer ex-wife of actor Tobey Maguire.

Bee’s new arrival comes almost four months after it was first revealed that she was expecting her first child with Francesco – who she married in two wedding ceremonies in July 2018, the first at her mother’s sprawling Long Island home and the second in her husband’s hometown of Portofino, Italy.

The news was first shared by a source close to Francesco and Bee, who was then pictured showing off a baby bump during a romantic trip to Portofino with her husband just days later.

But despite being seen on a number of occasions with her growing stomach, Bee did not confirm her pregnancy until several weeks later, when she posted a silhouetted photo of her bump on Instagram, along with a blue heart in the caption – teasing that she was expecting a baby boy.

She then put her baby bump on full display at this year’s Met Gala in September, when she was seen making a solo appearance on the red carpet, looking radiant in a bright turquoise gown that emphasized her baby bump.

Although she was not joined at the event by her husband, Bee did have some close company in the form of her brother Charles Shaffer and his wife Elizabeth Cordry, who have two children together – daughters Ella and Caroline.

Anna, 71, was also in attendance at the event, which she hosts every year, and which was this year postponed as a result of the coronavirus pandemic.

Although the Vogue editor-in-chief has yet to publicly comment on the arrival of her newest grandchild, it is likely that Oliver’s touching middle name will have been especially meaningful to her given her close friendship with Francesco’s later mother Franca, who was the editor-in-chief of Vogue Italia up until her death.

It was through Anna and Franca that Bee and Francesco are first understood to have met as children, when they formed a friendship that eventually turned into a romance in 2016 – when rumors about their relationship first surfaced.

Speculation about the duo’s relationship began in October 2016, when they attended a screening of filmmaker Francesco’s documentary about his mother together. 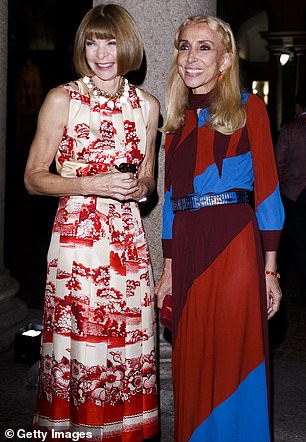 Friends: Anna had a close relationship with Francesco’s late mother Franca, who was the editor-in-chief of Vogue Italia up until her death in December 2016

Bee and Francesco then announced their engagement in March 2017, two months before the then-bride-to-be showed off her ring for the first time on the red carpet at that year’s Met Gala.

They tied the knot officially on July 7 at Anna’s Long Island home, before flying to Italy from New York the following day in order to wed once again in an intimate ceremony in Portofino on July 9.

For both ceremonies, Bee donned a white dress, although she chose a different design for each wedding location, wowing in a classic silhouette to say her first ‘I do’, then opting for a more summer-friendly Dolce & Gabbana alternative for her second time tying the knot.

Details of both weddings were kept very much under wraps – and Bee declined to publicize her nuptials in the pages of her mother’s magazine, as so many other high-society brides have chosen to do in the past.

It is understood that the couple implemented a strict no-social media rule at their weddings, echoing the same regulations that Anna insists upon at the Met Gala – although those restrictions have become increasingly lax over the years.

Francesco and Bee have always tried to keep their personal lives very much under and the radar in the three years since their wedding the latter has shared just a few social media snaps of her husband – including a goofy photo of him hamming it up for the camera, which she posted on his 38th birthday last September.