The former “Mom” actress shared it was her decision to have the private courthouse ceremony.

Anna Faris shed some light on her decision to elope with Michael Barrett in a small courthouse ceremony.

The former “Mom” actress was spotted with her cinematographer husband at an airport over the weekend and told reporters they went the private route because “with a little bit of age, you don’t need the whole thing,” according to Page Six. 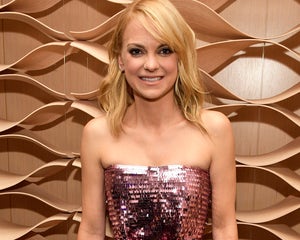 She also confirmed it was her decision to elope and that the couple wed without any guests in attendance. “It was just us,” she revealed.

In July, Faris shocked guest Gail Simmons on her “Unfiltered” podcast when she blurted out she and Barrett had recently wed.

She then took a moment to apologize to Barrett, telling him, “I’m sorry, honey. I just blurted that out, but it just feels like I can’t say ‘fiancé’ anymore.”

“It was at a local courthouse up in Washington state,” Faris added. “It was great.”

The “House Bunny” vet was linked to Barrett shortly after announcing her split from star Chris Pratt in August 2017. The former couple share son Jack, 8. She was previously married to actor Ben Indra from 2004 to 2008.