More than seven months after his arrest, Josh Duggar reported to court for the beginning of his trial on Tuesday, November 30, with his wife, Anna Duggar, by his side.

The former 19 Kids and Counting star, 33, and his spouse, also 33, walked hand in hand into the federal courthouse in Fayetteville, Arkansas, alongside his legal team. The trial began after an evidentiary hearing on Monday, November 29, in which Josh’s father, Jim Bob Duggar, testified about whether his son’s past molestation scandal can be referenced by the prosecution.

Josh was arrested on April 29, just days after Anna announced that she was expecting the couple’s seventh child. Anna gave birth to daughter Madyson on October 23. The pair are also parents to Mackynzie, 12, Michael, 10, Marcus, 8, Meredith, 6, Mason, 4, and Maryella, 2. 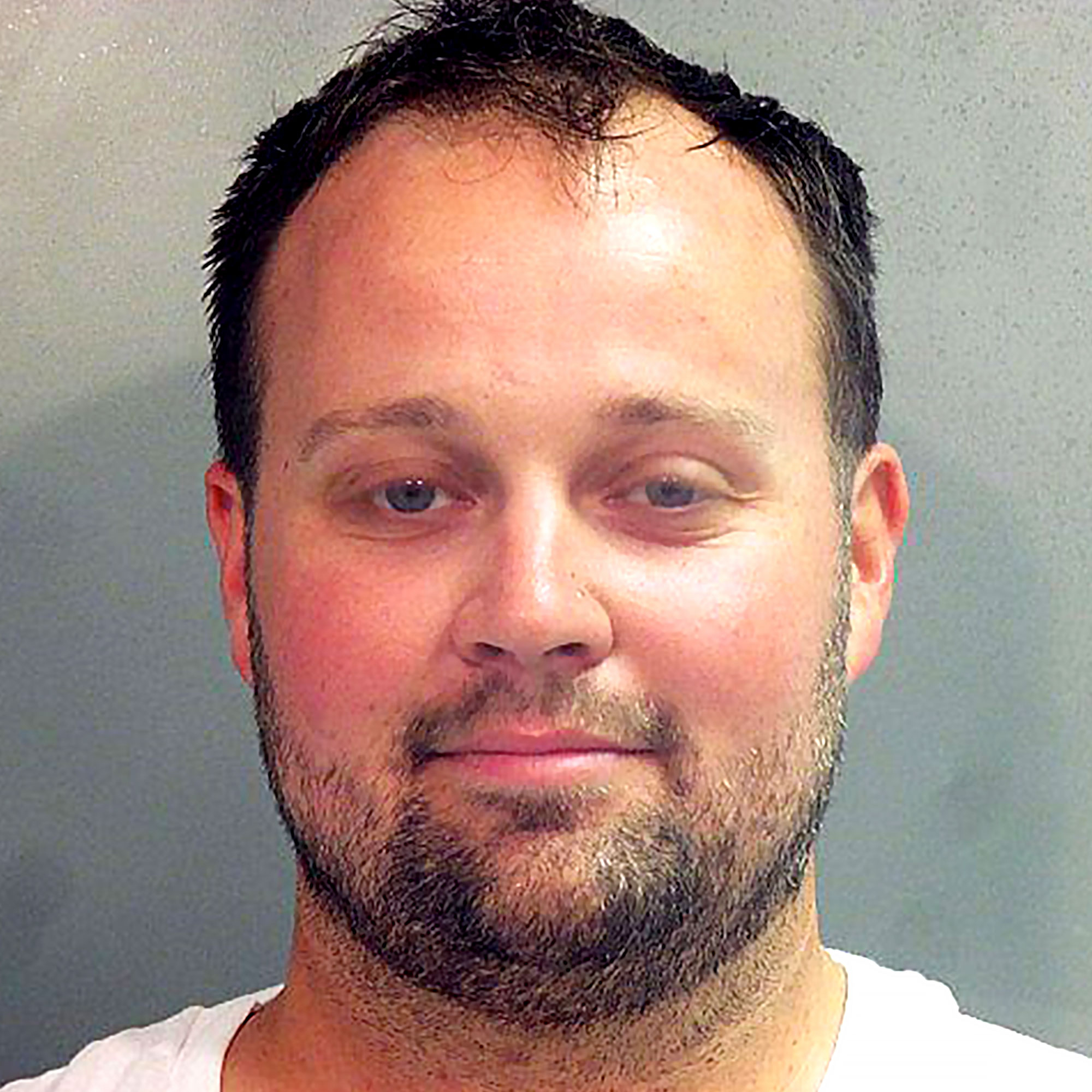 At the time of his arrest, Josh was charged with two counts of downloading and possessing child pornography and taken into custody at the Washington County jail in Arkansas. He entered a not guilty plea at the time and was released on bond several days later. If convicted, the former reality star could face up to 20 years in prison and $250,000 in fines for each count.

Josh Duggar’s Lawsuits, Scandals and Controversies Over the Years

The Arkansas native’s trial was originally scheduled to begin in July, but in June, a judge granted his legal team’s request to push it back so they could have additional time to review evidence in the case. Josh’s attorneys requested that the trial begin in February 2022, but the judge settled on November instead.

In the aftermath of the arrest, TLC officially canceled the Duggar family’s show Counting On, which followed Josh’s siblings as they grew up and had their own children. Josh, however, had not appeared on the network since 2015 when TLC canceled 19 Kids and Counting following his molestation scandal.

In May 2015, resurfaced court documents revealed that Josh molested five girls — four of which were related to him — between 2002 and 2003 when he was 14 and 15 years old. He responded to the news with a statement posted to the Duggar family’s official Facebook page.

The Duggars: A Comprehensive Guide to the Famous Family

“Twelve years ago, as a young teenager, I acted inexcusably for which I am extremely sorry and deeply regret,” he said at the time. “I hurt others, including my family and close friends. I confessed this to my parents who took several steps to help me address the situation.”

Earlier this month, the prosecution filed a motion asking for permission to include evidence from that case in the new trial against him. Josh’s legal team filed a motion in response asking the judge to prevent his past from being brought up in relation to this case.