How they made it work. Andrew Shue gushed about wife Amy Robach‘s success at blending their families less than one year before rumors surfaced that she had an affair with T.J. Holmes.

“This is our greatest achievement, because it is not easy,” the Melrose Place alum, 55, said during a joint interview on The View with the Good Morning America anchor, 49, in December 2021. “Anybody who’s blended a family knows that when you’re bringing together different parenting styles it is very hard.”

Robach shares daughters Ava and Analise with ex-husband Tim McIntosh, while Shue shares sons Nate, Aidan and Wyatt with ex-wife Jennifer Hageney. After the duo tied the knot in 2010, they each became stepparents to the other’s kids — and Shue admitted that the road wasn’t always smooth.

“I give Amy all the credit for really sticking with it, because there were a lot of times where I was kind of the problem in figuring out how to create a playbook together,” he explained. “I resisted. It’s tough to have two playbooks. You have to have one playbook. And when you’re married for the first time, it’s obvious you have one playbook. And Amy has brought so much to my boys, discipline and love. It’s really been a journey.” 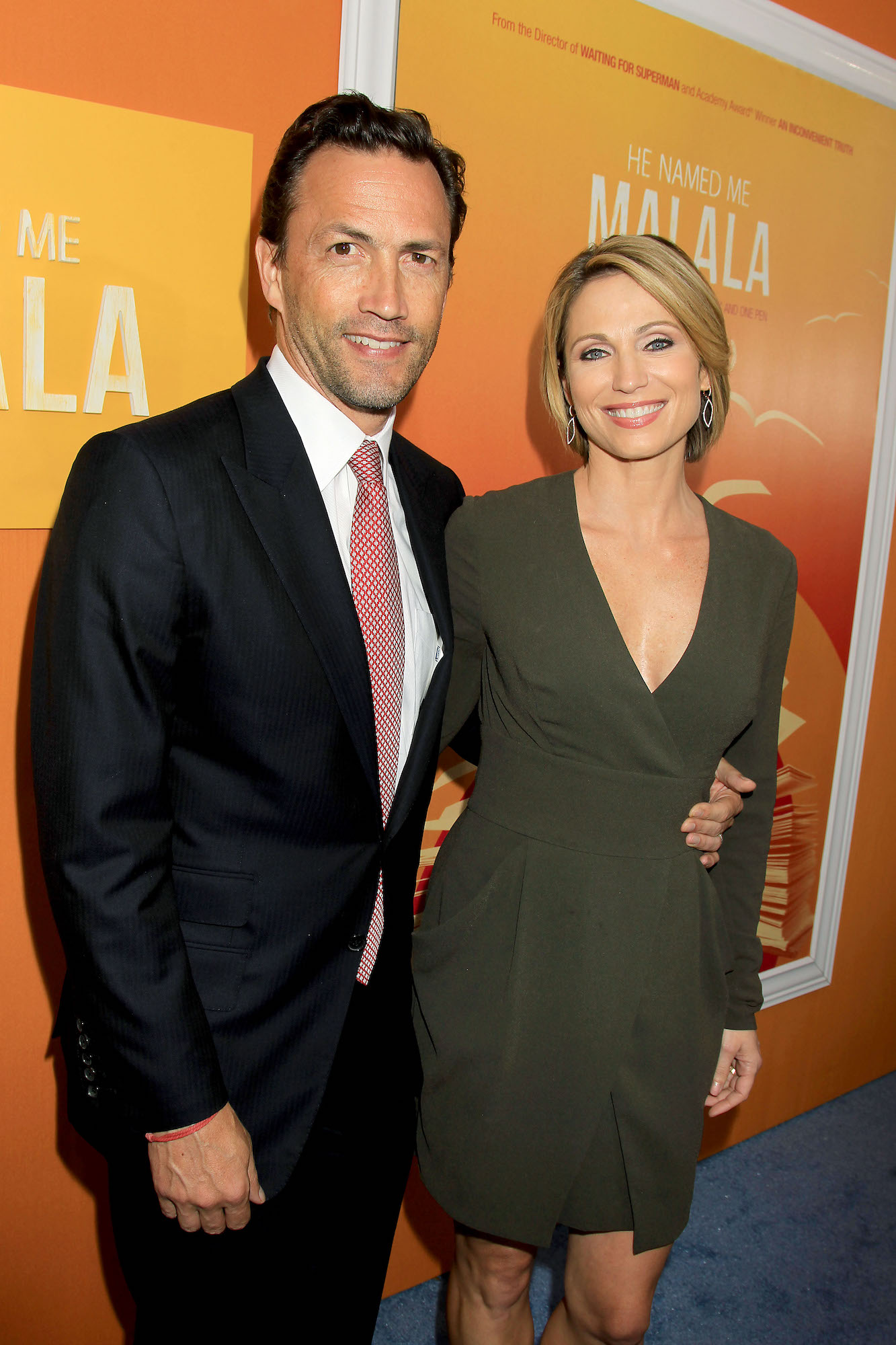 The University of Georgia alum, for her part, said that her husband wasn’t giving himself enough credit for his own work in blending their families. The couple were discussing the subject as part of a press tour for their children’s book, Better Together!, which is about two families of squirrels and chipmunks learning to live with each other.

“Andrew’s being very selfless there,” Robach said. “He brought so much love and structure and joy and heart to our family as well, and so the two of us made decisions to get on the same page. But it was not easy, and sometimes it still isn’t easy. It’s not that we’ve figured it out. We’re just trying to work together, that’s the whole point.”

When asked why they waited to write the book until their kids were older — they ranged between age 15 and 25 at the time of its debut — Shue replied, “We needed to make sure it was a happy ending.” Robach chimed in to add, “That is true!”

Earlier this week, the GMA3: What You Need to Know host made headlines when she was spotted holding hands with Holmes, 45, in a photograph published by the Daily Mail on Wednesday, November 30. The former CNN correspondent has been married to Marilee Fiebig since 2010.

‘GMA’ Anchors Amy Robach and T.J. Holmes’ Candid Quotes About Each Other

An insider exclusively told Us Weekly that the duo’s reported romance “blossomed from a close friendship” that developed during their time working together at GMA. “They always had a spark and their work trips away together brought them even closer,” the source added. “They have been trying to keep their relationship a secret until they were ready to announce.”

The duo have been co-anchors on GMA3: What You Need to Know since 2020. They have not yet publicly commented on the nature of their relationship. After the photographs surfaced, both journalists deleted their respective Instagram accounts, while Shue wiped all photos of Robach from his own page.

When Holmes and Robach returned to GMA on Thursday, December 1, it was business as usual. “Who’s looking forward to the weekend?” Holmes quipped before Robach raised her hand.