As the UK government loosens Covid restrictions, many theatres have remained closed as the rules currently in place allowing half capacity are not considered financially viable. Composer Andrew Lloyd Webber owns six West End venues and is preparing for a production of Cinderella which is due to open for previews on June 25. But now the 73-year-old has admitted that if the government doesn’t open the theatres properly on June 21, he may have to sell his.

Speaking with The Telegraph, Lord Lloyd Webber said how he’s had to remortgage his London home due to the theatre industry’s financial struggles over the pandemic.

The creator of musicals such as The Phantom of the Opera and Jesus Christ Superstar said: “We are going to open, come hell or high water.”

And when asked what he would do if the June 21 Freedom Day lockdown lifting was postponed, the 73-year-old admitted he would risk arrest.

Lord Lloyd Webber said defiantly: “We will say: ‘come to the theatre and arrest us.”’ 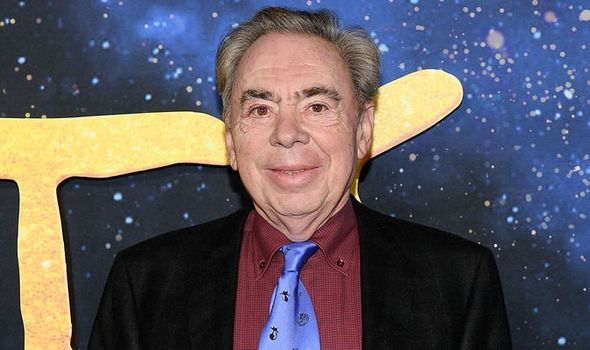 With rising Covid variants and rising cases across the UK, the June 21 Freedom Day date has been brought into doubt.

Yet the composer claimed that scientific evidence proved that theatres are “completely safe” and wouldn’t cause outbreaks.

He continued: “If the government ignore their own science, we have the mother of all legal cases against them.

“If Cinderella couldn’t open, we’d go, ‘Look, either we go to law about it or you’ll have to compensate us.”’

Speaking with Daily Mail last week, Lord Lloyd Webber said he could take the government to court if they didn’t allow theatres to open at full capacity from June 21.

The 73-year-old said that if theatres cannot reopen at 100 per cent after Freedom Day then the issue becomes “what is the legality of the whole thing?”

The composer continued: “If the Government’s own science has told them that buildings are safe… I’m advised that at that point things could get quite difficult.

“This is the very last thing that anybody wants to do, but there would become a legal case at that point because it’s their science – not ours.”

The music legend added: “I would passionately hope that we don’t have to, but I think we would have to consider it.

“We would conform with anything the Government asks us to do to get 100 per cent open – but we have to be 100 per cent.”

Pointing out the government’s recent indoor trial events like the Brit Awards at London’s O2 Arena and the World Snooker Championships at The Crucible in Sheffield, he said the latter had “shown there is no increased risk of transmission of Covid in a theatre.

“If scientists really are so worried about everything, then they should be saying there should be a total circuit breaker surely and lock everything down again for two weeks.”

However, he did praise Culture Secretary Oliver Dowden for “fighting really hard for us.”

The brand new musical intends to open for previews at the Gillian Lynne Theatre on June 25 with a world premiere on July 14.