The powerful doctor leading a public relations effort to discredit claims that up to $8 billion a year is being wasted in the Medicare system admits he hasn’t read the PhD which first sounded the alarm on the problem.

The president of the Australian Medical Association, Professor Steve Robson, has spent four days attacking a joint investigation by The Sydney Morning Herald, The Age and the ABC’s 7.30 program into Medicare, dismissing the work as an “unjustified slur on the medical profession”, “fantasy” and “staggering in its inaccuracies and its nastiness”. 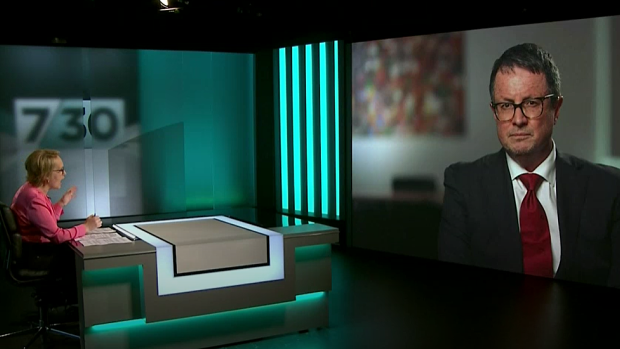 He has also criticised Dr Margaret Faux, whose PhD on the Medicare claiming and compliance system concluded nearly 30 per cent of Medicare’s annual budget, or about $8 billion a year, is being lost through fraud, incorrect payments and errors.

But in an interview with 7.30 host Sarah Ferguson on Thursday night, Robson conceded he had not even read the PhD.

“It’s like my PhD. It’s very, very long. But if there was some reason to read it, I think I’d actually rather focus on some solutions and moving forward rather than reading someone else’s PhD.”

The AMA president has argued the $8 billion figure is wrong and that only a tiny minority of medical professionals abuse Medicare.

Robson, a senior specialist in obstetrics and gynaecology who became president of the AMA in July, told Ferguson during Thursday night’s interview that the $8 billion estimate had been “debunked” this week.

Challenged to name who had debunked it, Robson suggested federal Health Minister Mark Butler. However Butler has only said that the figure is much higher than previous estimates.

Pressed to list others who had debunked the $8 billion figure, Robson replied: “I’m happy to go back and have a look, but they don’t come to mind. But I’ve seen lots of people.”

Faux’s estimate of $8 billion annual leakage from Medicare is in line with Kathryn Flynn’s PhD published in 2004, which noted some believed fraud and inappropriate practice could be as high as 25 per cent.

It has also been corroborated by Dr Tony Webber, a GP and former head of Medicare watchdog the Professional Services Review.

Asked whether it would be a good idea to meet with Faux and others to work out the scale of the waste, Robson told 7.30: “Yeah, well, look, I’ve got two PhDs myself. So I’m fairly familiar with PhD analysis. And I’d love to sit down if that invitation came – if we all had time.”

In another exchange, Robson conceded he had “no idea” how many doctors had lost their Medicare billing privileges after misusing the system

“I think you should throw the book at doctors who misuse the system. And I hope that happens, I hope our compliance activities pick them up and that they’re dealt with appropriately,” he said.

Robson cited a November 2020 report from the National Audit Office which he said estimated the range of waste started at about $300 million a year. However, the report also said the problem could be worth up to $2.2 billion a year.

The report also said the monitoring, compliance and enforcement system was inadequate.

Butler has asked the Department of Health and Ageing to examine Faux’s thesis and also deliver a report on the existing Medicare monitoring and compliance regime.

Faux, who runs a business that processes Medicare bills for doctors, hospitals and corporate medical practices, stands by her work.