We are finally getting some answers about all of the biggest mysteries in Season 3 of Riverdale. The new season has been cloaked in secrets and puzzles all revolving around three ominous new forces within the town: the reality-bending role-playing game Gryphons and Gargoyles, the murderous game character come to life the Gargoyle King, and the possibly seizure-inducing cult the Farm. Although the show has not revealed anything concrete about these mysteries yet, a new Riverdale comic confirms the Farm and the Gargoyle King are connected, which has been a major fan theory for the whole run of Season 3. 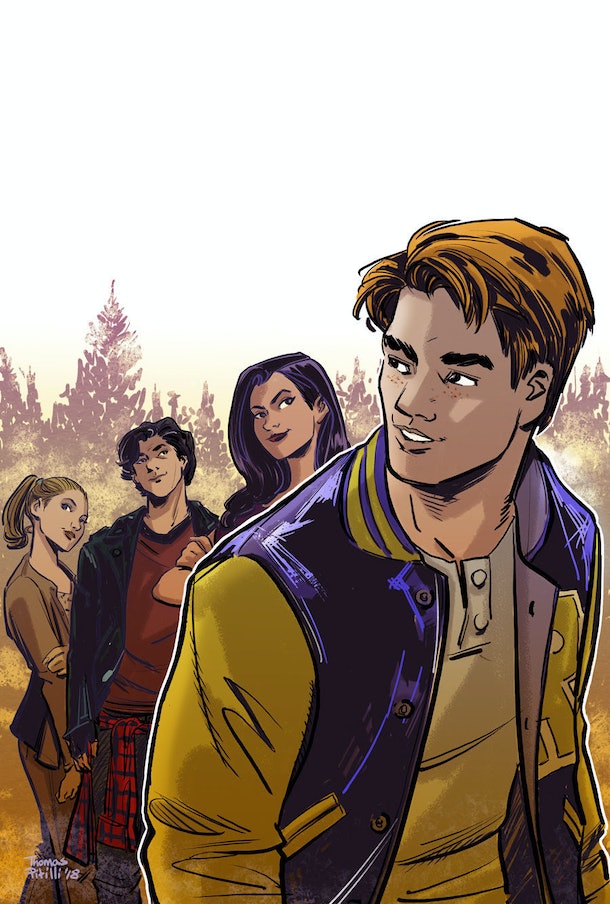 The one statement should stick out for fans of the show. All season long, we have been trying to figure out who the Gargoyle King might possibly be, but the Farm has notably been taking a back seat in recent episodes. Still, probably the most convincing Gargoyle King fan theory so far is that the Farm’s leader Edgar Evernever, whom still have not actually seen on the show, is probably the person under that bones-and-branches costume.

Riverdale has only subtly hinted that Gryphons and Gargoyles is possibly related to the Farm so far. In its Season 3 premiere, Dilton Doiley dies from voluntarily drinking a cup of Fresh-Aid laced with cyanide as a part of the role-playing game. The poisoned Fresh-Aid seems to be a clear reference to the Jonestown cult, which famously ended when hundreds of cult leader Jim Jones’ followers drank cyanide-laced Fresh-Aid and died. The fact that the Gargoyle King’s preferred method of murder so closely mirrors an infamous cult seems to point to a connection to the Farm, and now we know for sure that they are definitely connected thanks to this new Riverdale tie-in comic. 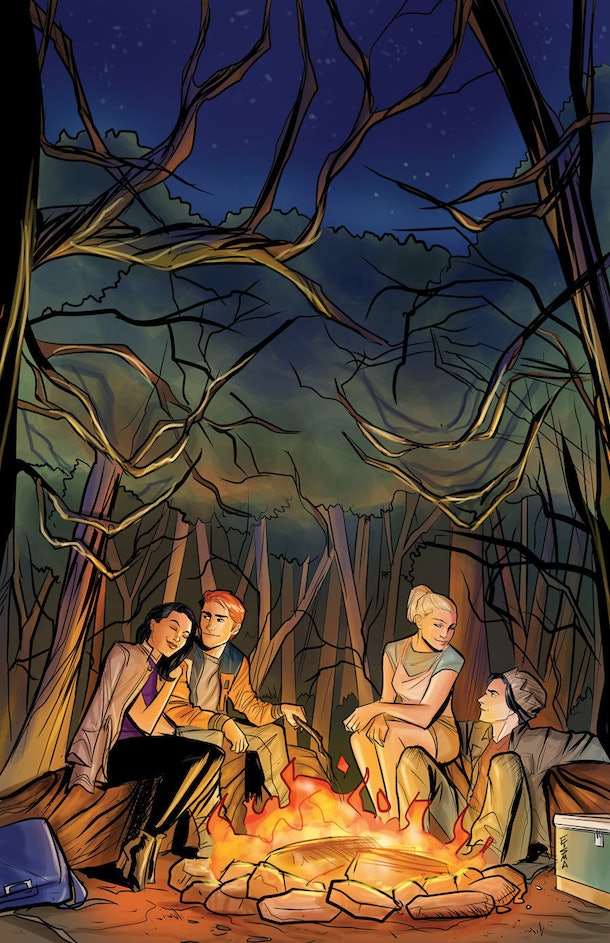 The confirmation that the Farm and Gryphons and Gargoyles are related builds the case that Edgar Evernever is likely the Gargoyle King, a figure that we have seen acting much like a cult leader would. But that still does not explain everything, like if Edgar is the Gargoyle King, then does that mean he was around when the parents formed the Midnight Club and first saw the Gargoyle King back in the ’90s? And what is going on with all these seizures that seem to be connected to Edgar’s daughter Evelyn Evernever? Hopefully we will get some more answers soon.