Mother, 51, reveals how ‘millionaire’ she met online who claimed to own a global engineering company conned her out of her £9,000 life savings in a Tinder Swindler-style scam

A mother-of-two who thought she met her dream man has revealed how he turned out to be a ‘Tinder Swindler’ – and conned her out of her life savings and cost her her job.

Sunita Brittain, 51, a teaching assistant from Doncaster, was convinced ‘Michael Anderson’ was the love of her life – and fell for him after meeting online in January this year.

He told her he was the owner of a multi-million pound global engineering company and cryptocurrency analyst, and when he claimed to be in trouble  she handed over her life savings to help, and started threatening her when she refused to send more money.

When they met, the pair exchanged thousands of messages and photos, and he even told her he loved her and wanted to spend his life with her – even though they had never seen each other in person.

Michael also claimed to be a successful businessman and multi-millionaire working as a global engineer and cryptocurrency analyst. However, echoing the hit Netflix show ‘The Tinder Swindler’, the man calling himself ‘Michael Anderson’ started asking Sunita for money. 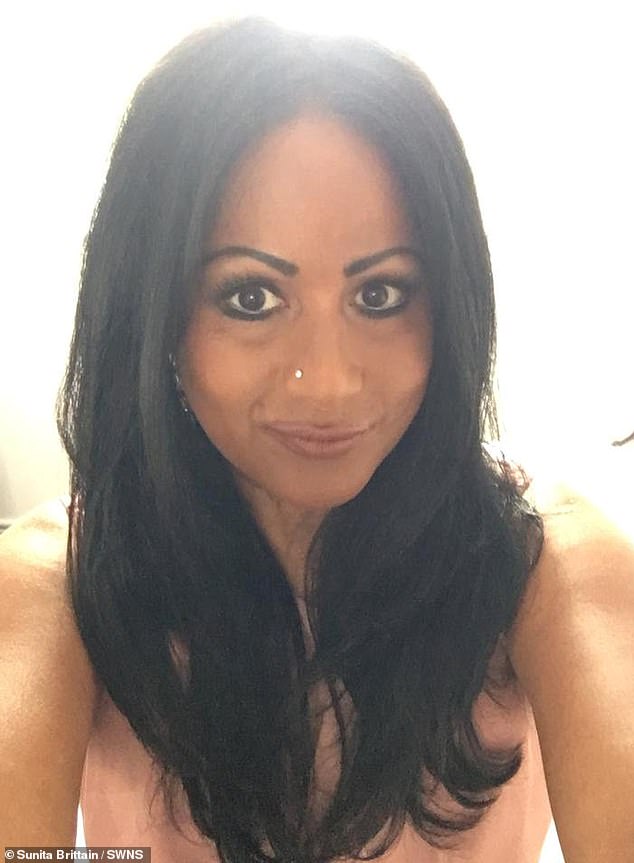 Sunita Brittain, 51, (pictured) from Doncaster, has revealed how she was conned out of her life savings by a man she met online 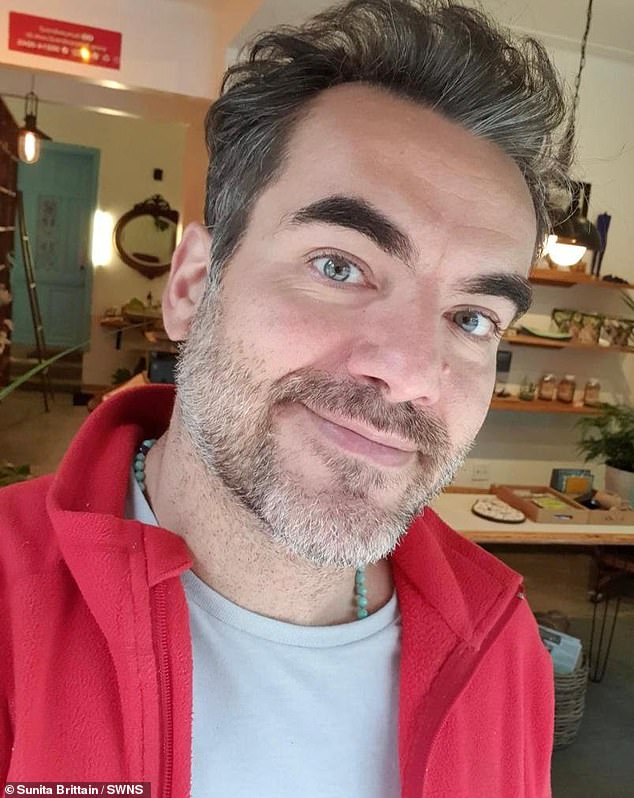 The mother-of-two was convinced the man she met online was the love of her life – but he ended up conning her out of her life savings. This is one of the images he sent her – it’s unclear if this is Michael Anderson, or an image he used for the scam

He said he needed £9,000 to get him out of a jail in Northern Cyprus – following an ‘accident’ at his engineering project out there.

The couple spent so long on the phone, while Michael pleaded for the cash, that she even lost a job as a teaching assistant for keeping her phone on her during work.

But Sunita was convinced she should help Michael, and sent the money to an account he claimed was operated by lawyer, who would buy Michael plane tickets.

However, Sunita soon realised something was amiss and called her bank and told them she feared she had been scammed – and they told her they had frozen the account.

‘Michael’ then began ringing her making threats, harassing her and told her he would find out where she lived.

Sunita said: ‘My story parallels with the Tinder Swindler, it is crazy. I was so vulnerable, I had just come out of a loveless marriage, was going through a divorce and was just craving some kind of attention to make me feel wanted again.

‘He started talking to me in a very intimate way and made me feel like the only woman in the whole world.

‘He was telling me things that you imagine in a fairytale, with that happily ever after ending.’

‘Michael Anderson’, who was an alleged owner of a multi-million pound global engineering company and cryptocurrency analyst, initiated a conversation with Sunita.

Michael swiftly asked for her number, and the pair exchanged thousands of messages on WhatsApp, with Michael initiating ‘heavy conversations’.

Michael told Sunita he was born on the exact same day as her, and was adopted – like her – by his parents from Zurich.

On January 13, Sunita and Michael chatted on the phone for the first time and she was convinced of her fraudster’s feelings 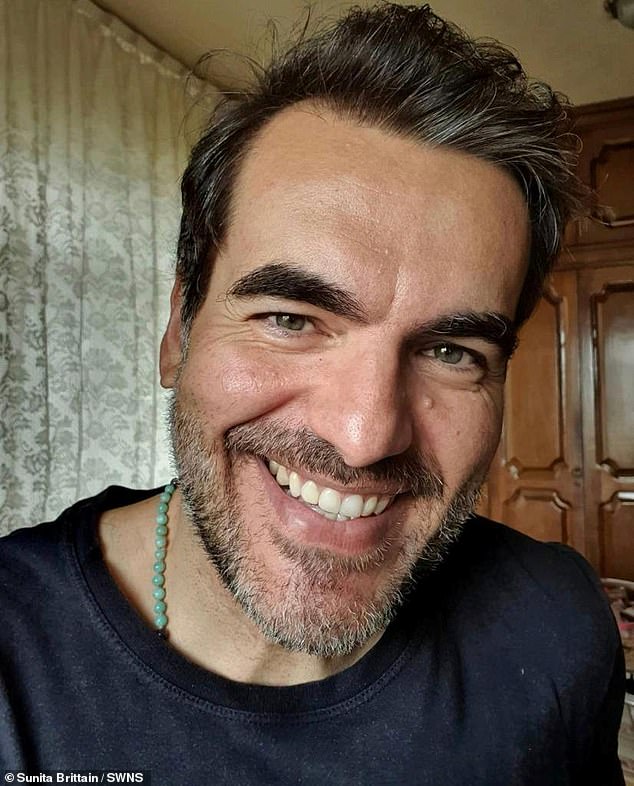 According to Sunita, ‘Michael Anderson’ made her feel ‘like the only woman in the whole world’. This is one of the images he sent her – it’s unclear if this is Michael Anderson, or an image he used for the scam 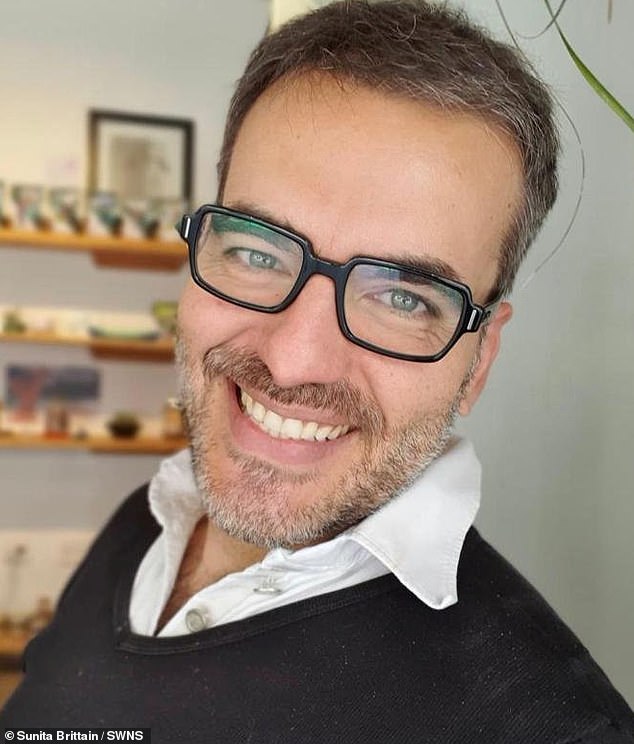 He told her he was a successful businessman and multi-millionaire, but ended up conning her out of her life savings (It’s unclear if this is Michael Anderson, or an image he used for the scam)

Sunita, whose children are 13 and 11 years old, said there were a few red flags that she admits ‘dismissing’ because of her feelings for Michael. One was his refusal to show his face on video call.

‘I found it strange why he never wanted to Facetime’, she admitted. ‘He said he was camera shy – the one time I tried, the image from his side was blurry and he looked about 20 years older than his pictures.’

Michael conjured up his elaborate ruse on the 17 January, when he told Sunita he had to go immediately to one of his engineering projects out in Northern Cyprus.

Sunita said: ‘Michael told me he had to rush out there as there had been a ‘tragic accident’ and he had to provide a huge pay-out of £160,000 to one of the families.

‘Three days later, he told me the Cyprus Police are holding him in custody. He continued to say how much he loved me and how we will be together when this is all over.

‘He called himself “The King” and me “The Queen” and told me how much he felt the connection of great love.’

Sunita logged on to his fake account on HorizoGlobal – where she could see Michael had over £7million in his bank. 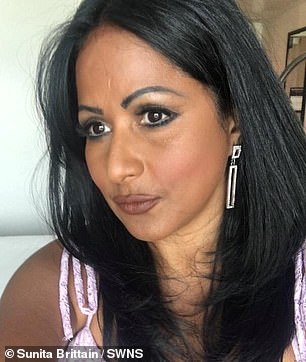 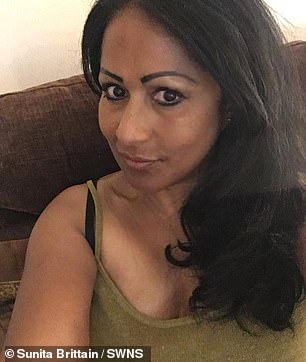 Sunita met the man on a Facebook dating site, but their ‘heavy conversations’ soon moved over to WhatsApp, where they spoke regularly

‘I could see the money in his account going down, it was so realistic and didn’t even cross my mind that it was a fake website,’ she said.

‘He kept telling me the lines were down and there was no Wifi, so I had to keep transferring the money in instalments because he was unable to do it himself.

Sunita said: ‘I got calls from Michael and he was starting to stress out – saying he would have to sell his bitcoin and borrow money off his lawyer.

‘He told me to send the bank my ID and lie saying I was his finance. He said he would rather pay the compensation rather than lose his trading business license and needed to buy flights to come home back to me.

‘He started guilt-tripping me, begging me to help him – saying he would pay me back.’ 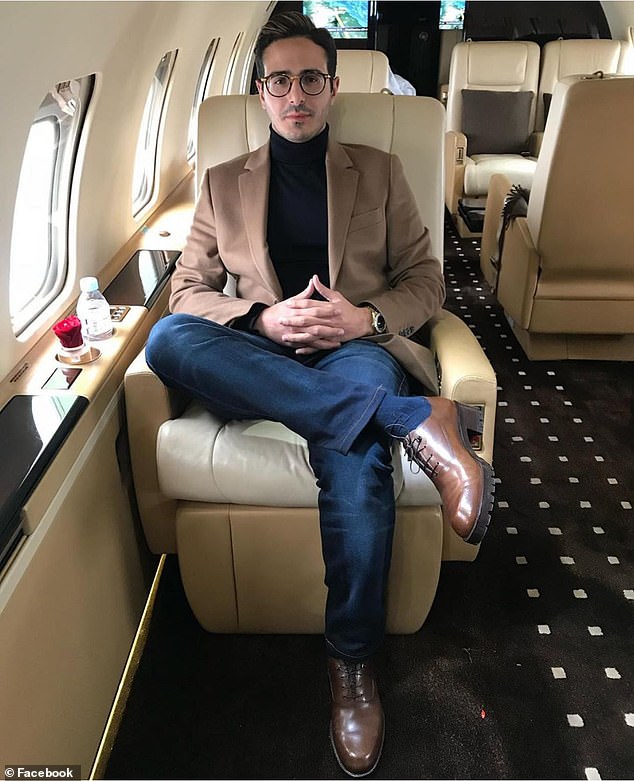 The man has been compared to the infamous ‘Tinder Swindler’ – Shimon Heyada Hayut, 31, from Israel (pictured) who was the subject of a recent Netflix documentary

That was the moment Sunita made the transaction of £9,000 to Mr David Gana’s bank account – Mr Anderson’s alleged ‘lawyer’ – in Coventry.

Michael sent Sunita screenshots of his flights back to Doncaster on January 28, where she was planning to pick him up from before going straight to LA on the Sunday so they could ‘prove Michael’s identity for his offshore bank account’.

Sunita said: ‘My suitcase was packed and I was so excited.

‘I couldn’t get hold of Michael all afternoon, and suddenly I received a call from one of his “lawyers” saying Michael was arrested by police officials on his flight home for tax evasion, his phone had been taken away and he was stuck in Police Custody.

‘I rung my best friend, telling her about everything that happened and how I was supposed to be going to America. She asked me how much I had given him so I told her.

‘That is when she said, “Sunita. Wake up. You’ve been scammed – you have kids to think of, he could’ve killed you”.

‘She could tell right away and that is when the penny dropped and I knew that I had been scammed.

‘The whole thing may seem desperate but when you’re on your own, these scammers play with your mind and people don’t understand that.

‘When you isolate yourself from people, you can be blind-sided by somebody getting into your head.’

Sunita immediately notified her bank, who froze her account and got in contact with the Action Fraud Police Unit.

Michael has since been harassing Sunita, phoning her to ‘unfreeze her bank account’.

‘He suddenly turned nasty and started threatening me that he would find out where I live’ Sunita said. ‘He’s been calling me on different numbers and shouting, it’s terrifying and just horrific.

‘On February 1, I opened my blinds and saw a suspicious van parked right outside my house so I immediately called the police.

‘I have two children and no where else to go and just want to stop this from happening to anyone else.’