Growing up in the regional town of Orange, Rachael Kwa didn’t always love playing music. Though she started violin and piano lessons at the age of four, like many other children she was more interested in video games and playing outside.

But as she got older, something shifted. “I started to understand it as a way to explore feelings and emotions, and it was a stress outlet,” she says.

At 18 she did a music camp with the Australian Youth Orchestra. “And I enjoyed it so much that I quickly changed my university preferences the day before the cut-off to put music first.” 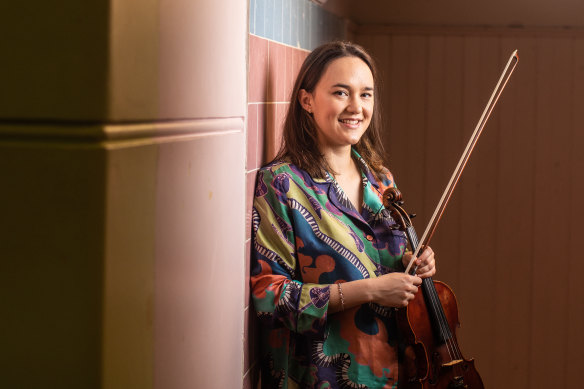 Choosing the violin as her main instrument, Kwa moved to Sydney to study at the Sydney Conservatorium of Music, but her undergraduate studies took longer than expected due to a chronic pain condition. Undeterred, she won a place at the prestigious Australian National Academy of Music (ANAM) in Melbourne, but had just two weeks of classes in 2020 before lockdowns shut the city down.

ANAM responded by pivoting to online learning, doubling lesson time and funding microphones so students could record and participate from home.

“ANAM did so many great things in that time,” Kwa says. “We heard from international artists that we wouldn’t otherwise be able to have at ANAM – some really top names like [Canadian soprano and conductor] Barbara Hannigan, [Georgian violinist] Lisa Batiashvili and [American jazz trumpeter] Wynton Marsalis. It was just so great to have that perspective.” 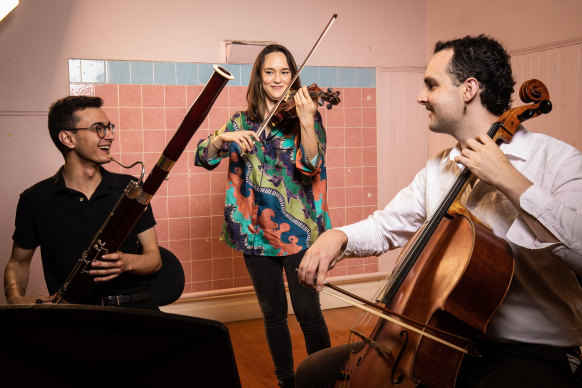 Founded in 1994, ANAM is the only classical performance training institute of its kind in Australia. Over the three-year course, students are treated like professional musicians, performing with orchestras and participating in masterclasses with leading players from around the world (Kwa has played with the Auckland Philharmonia Orchestra in New Zealand, the Melbourne Symphony Orchestra, West Australian Symphony Orchestra and Orchestra Victoria).

“Every day is different,” says Kwa. “A very full-on week for me would be seven hours of rehearsal a day, whereas some other weeks, it’ll be two to four hours a day, and then you’re working your own practice around that. It’s really full-on but it creates really great musicians.”

“The institute encourages you to explore who you are as a person and then the music comes second,” Kwa adds. “They focus on the person over the musician and that takes the pressure off your identity as a musician. They don’t encourage unhealthy competition – everyone’s really good friends here.

“The environment is so supportive and being judgmental of people’s performances is just not a thing, because ANAM also puts an emphasis on the fact that everyone’s had a different path, which means everyone is a very different musician.”

As one of the graduating class of 2022, Kwa will be appearing at ANAM’s Chamber Music Festival alongside her cohort. She will perform Sergei Rachmaninov’s Trio élégiaque no. 1 alongside cellist Joshua Jones and pianist Caleb Salizzo.

“I’m going to be really sad to leave because I’ve made some really great friends here, and ANAM has totally changed my life,” she says. “But at the same time, I do feel like I’m ready to go to the next thing.”

Fascinated with technique, Kwa plans to travel to the USA to learn from American pedagogues and grow her own teaching practice. She has applied for a Masters of violin performance, and ultimately hopes to become a concertmaster.

Decades after first picking up the violin, what keeps her going is a desire to learn even more about the instrument, as well as the connections playing music can foster with listeners.

She shares one touching example. “In 2020 just before the lockdowns, I played [Austrian composer Erich Wolfgang] Korngold’s violin concerto and people came up to me and said that because the music is from the 1930s, it reminded them of their parents and grandparents who passed away – it brought that back to them,” she says.

“As a performer, you always try to do your best to bring your emotions to the performance, but it brings up things in other people that you’d never expect.”