WHAT’S the difference between a smart smoke alarm and a traditional one? For one, most tell you if there’s a fire in your home even if you’re miles away.

For those away from home a lot or constantly plagued by the niggling feeling they may have left the oven on, smart smoke alarms offer complete peace of mind. 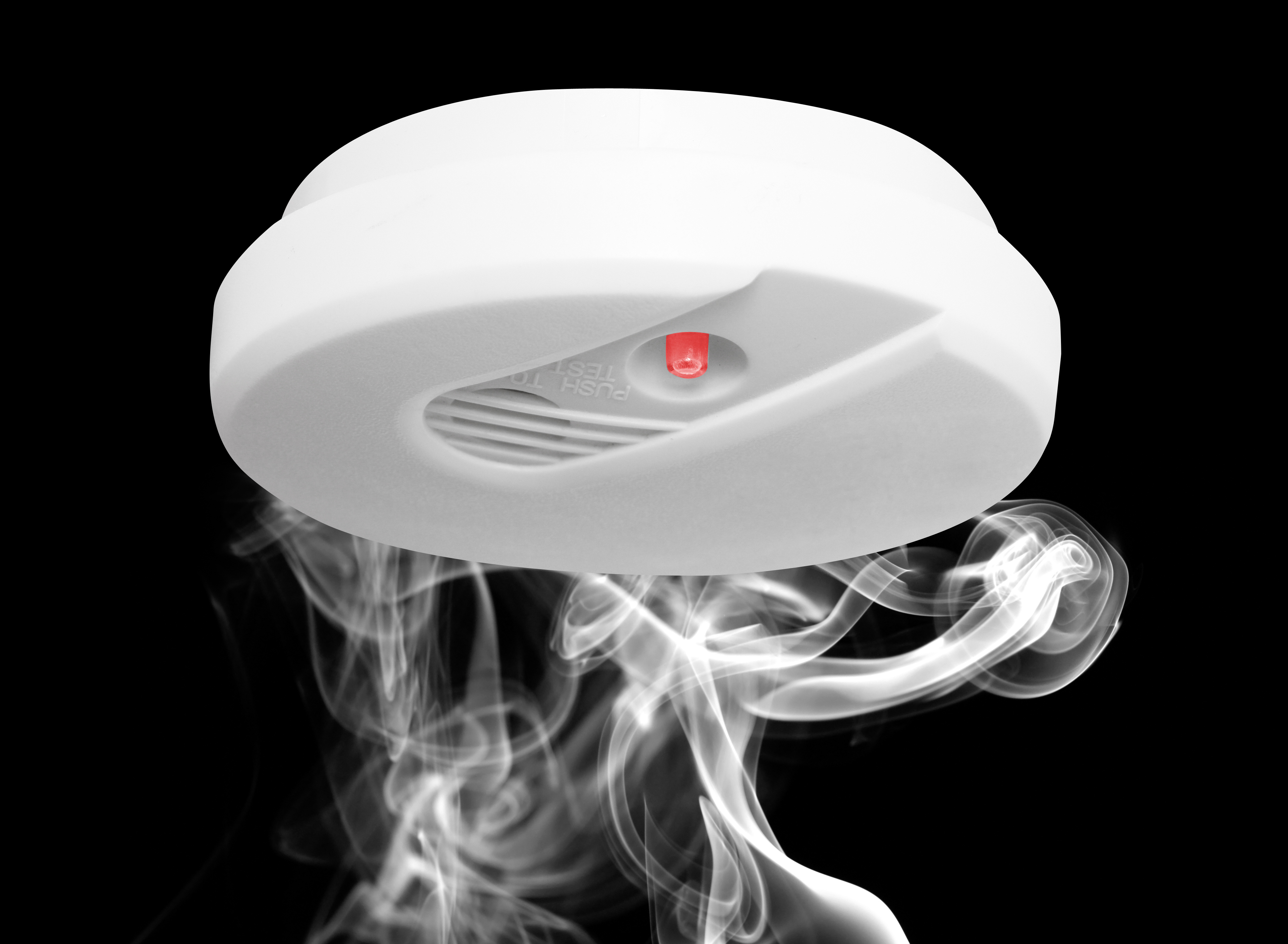 However, a lot of the more advanced ones aren't available in the UK yet. These work through an app that connects the alarm wirelessly to your smartphone.

In most instances, should the alarm go off, it will send your phone an alert, with the relevant information – is it smoke or carbon monoxide? Which room is it? How severe is the problem?

The alerts can be in the form of a siren, or in better models, fitted with voice instructions, or through flashing lights.

The app will also let you know when it’s time to change batteries, which will come as a relief to anyone who simply didn’t realise their smoke alarm had stopped working before they suddenly needed it.

Some of the low-fi options wirelessly connect with other smoke alarms in your house or outside, which can be helpful with basement, attic and garden spaces.

We’ve cut through the haze to pick out the best smart smoke alarms for your home. 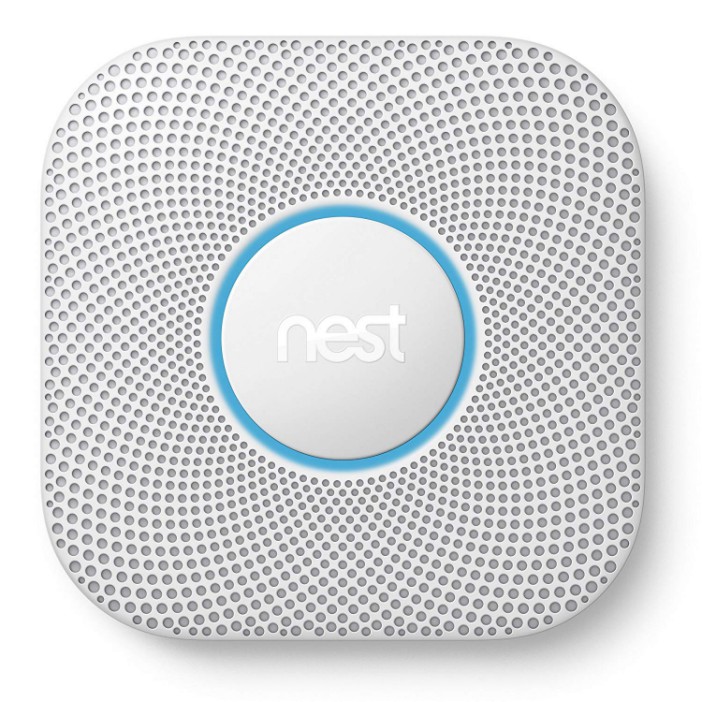 With the limited range in the UK, the Nest Protect alarm is by far the best on the market.

Crucially, the alarm detects both smoke and carbon monoxide and will send alerts to your phone in case you're not home. It'll also alert you if the battery is low or the sensor has failed.

The alerts won't just tell you what's wrong, but where the problem is in the house.

If it's a false alarm, you can turn it off via the app too. The models come either connected to the mains or require six long-life AA batteries. 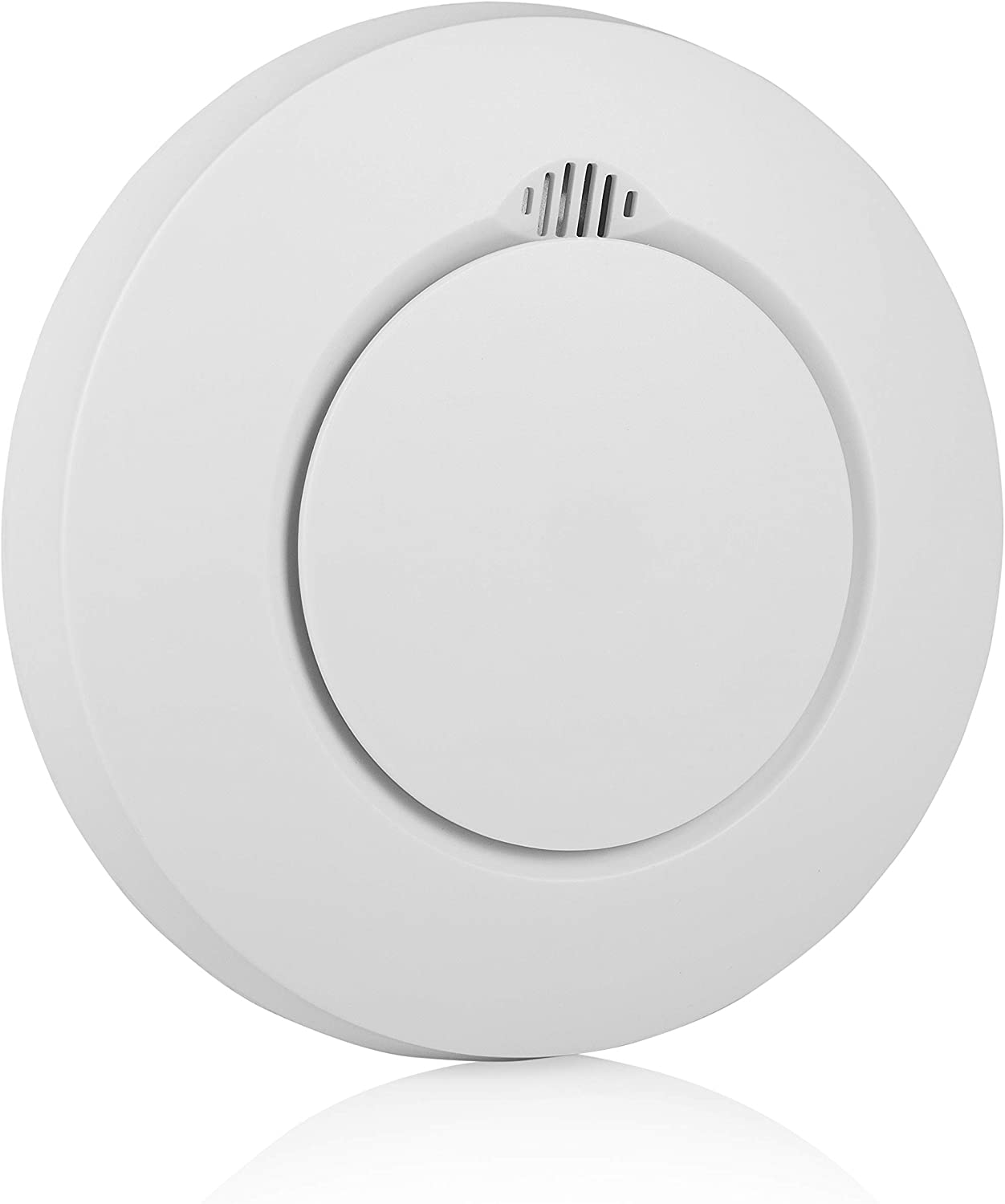 For a cheaper option for your smoke alarms, Smartwares Smarthome offers fewer features but will still protect your home.

The smoke detector will sound its own signal when triggered and also send an alert to your smartphone. You can add multiple contact numbers to be notified, which is great if you're out of the country.

The alarm itself is controlled via your smartphone. However, in order for smartphone compatibility to work, you need to buy the gateway link separately.

This does allow you to connect all Smartwares Smarthome smart products to this link. 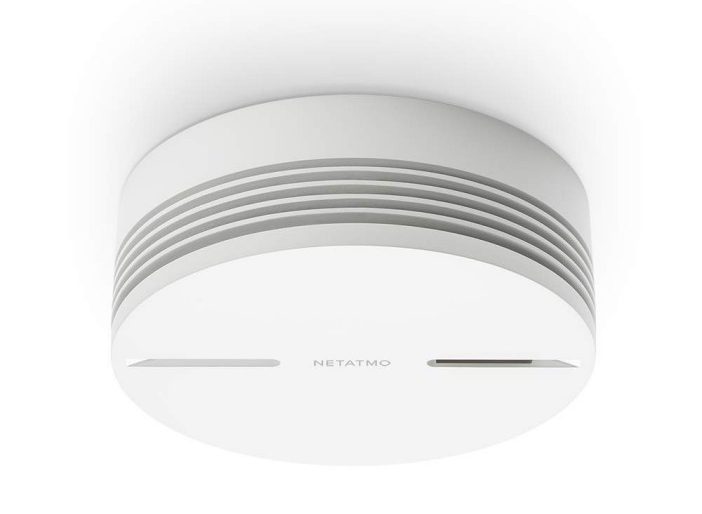 Much like many of the smart smoke detectors, Netatmo's NSA-UK Smart Smoke Alarm sends real-time alerts to your smartphone via a dedicated app when smoke is detected.

It's easy to install and completely wireless.

The benefit of this one is the long battery life, as its battery is purported to last up to ten years.

It also monitors its battery, smoke sensor and WiFi connection, and will send an alert if anything is wrong. 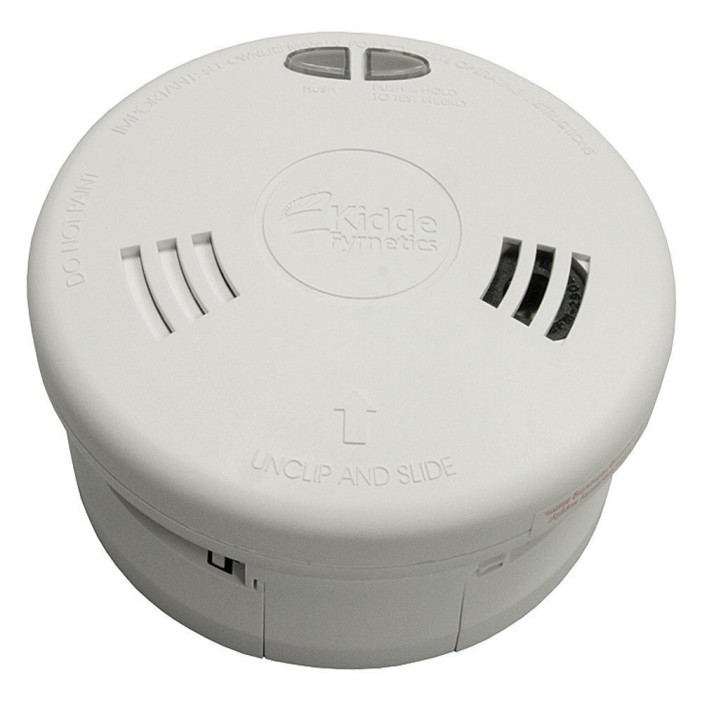 While not as effective as a smart alarm, this lo-fi alarm comes with a bonus feature that might interest people who don't want to invest lots of money: wireless compatibility.

Ideal for people with big homes, basements or who work in their garage – as well as workspaces – by connecting to other alarms, if one goes off, they all go off. 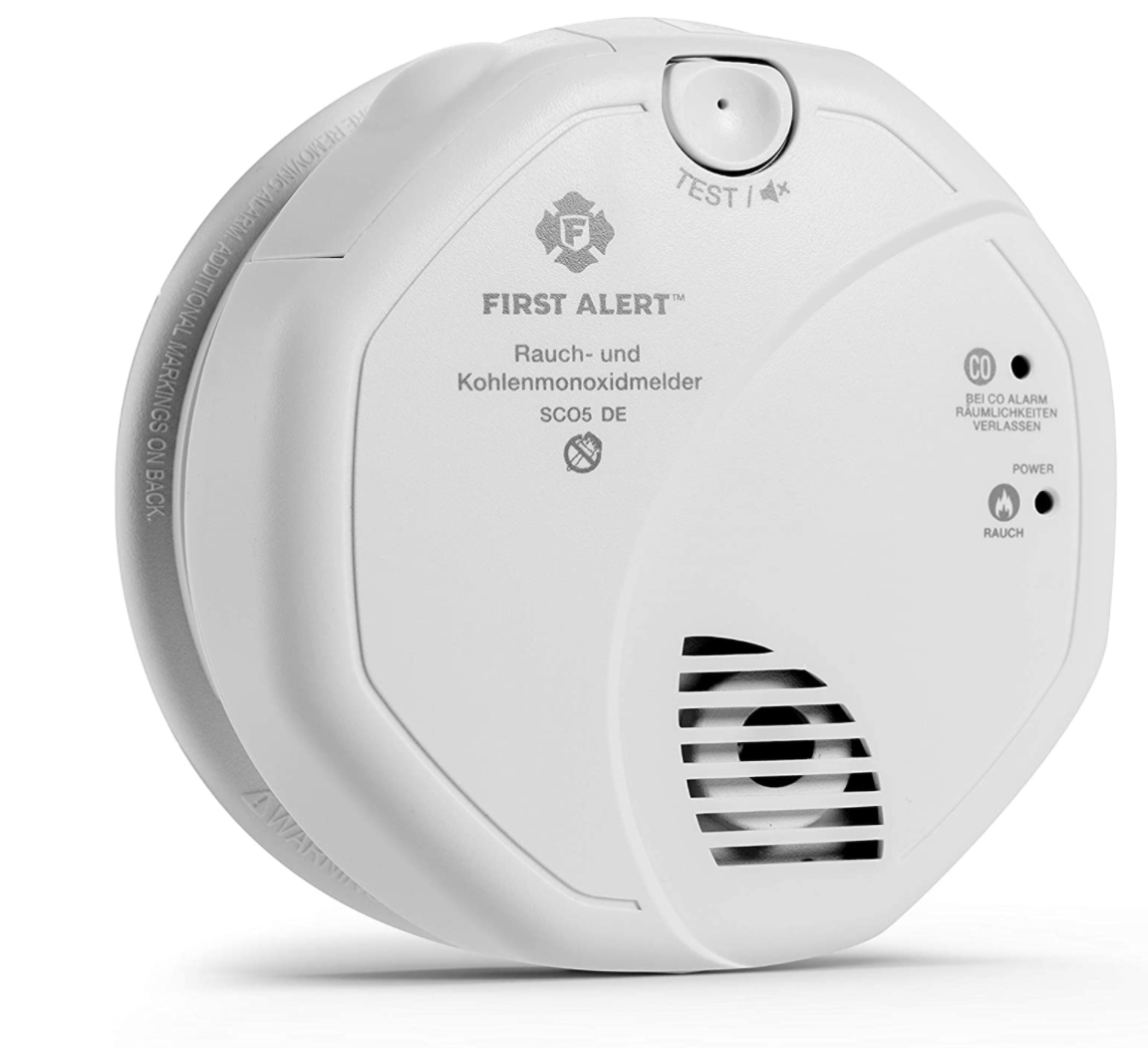 Each unit of the First Alert is operated using two AA batteries, which are included and means you won't need an electrician to install it.

It will also tell you when the battery is low with a beep every minute to ensure you stay safe.

It will simultaneously protect your home against two deadly threats –  smoke and carbon monoxide.

As it is equipped with an optical sensor, it can detect smoke from smouldering fires while minimising false alarms

Taking up a fraction of the space of traditional smoke alarms, it can be mounted unobtrusively on a wall or ceiling.

It also comes with a seven-year guarantee. 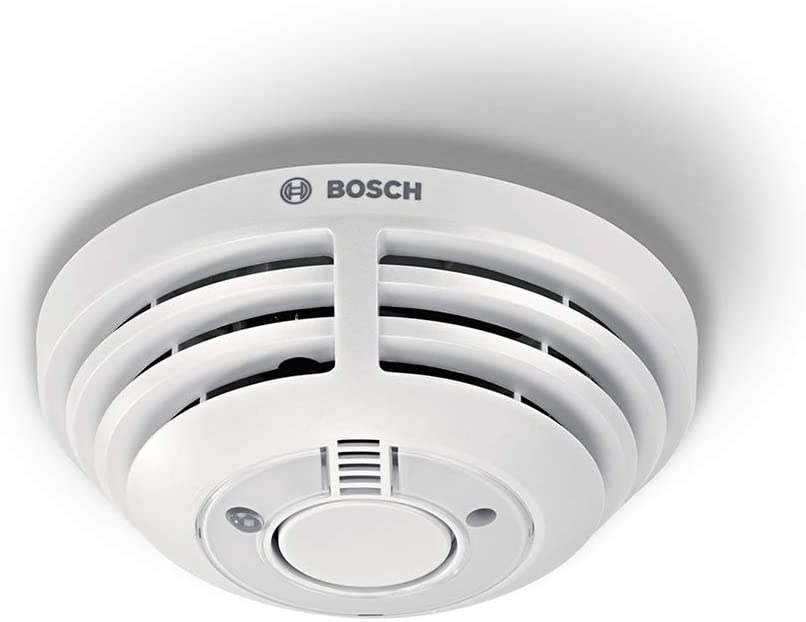 Bosch is a known name when it comes to home appliances, and this reliable, smart home smoke detector is a valid option for anyone owning other Bosch smart products.

In fact, the smoke alarm is controlled via the Bosch smartphone app and comes with a couple of interesting features.

Namely, the integrated siren can be used to alert you to smoke and fire, but also be configured to detect burglars when paired up with motion detectors (sold separately).

In addition, the Bosch Smart Home Smoke Detector is compatible with Apple Homekit. 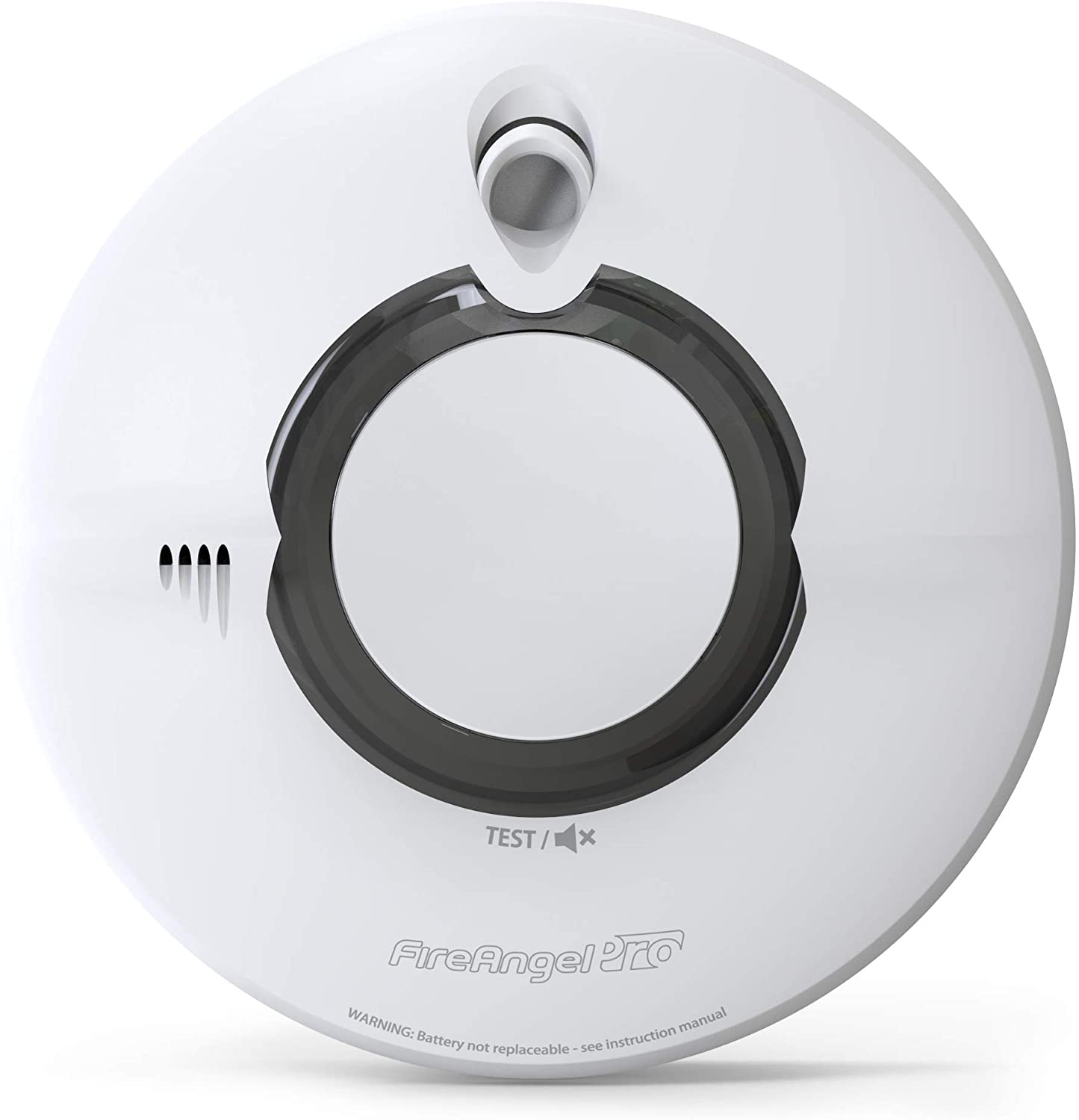 One of the best-selling smart smoke alarms on Amazon, the FireAngel Pro offers ten years of battery life via a sealed Panasonic battery.

It can be used independently or linked wirelessly to up to 50 FireAngel pro connected smoke alarms, kitchen heat alarms, carbon monoxide detectors and accessories.

If installed alongside the FireAngel pro connected gateway, this smart smoke alarm can also send instant updates to your registered smartphone or email.

It's recommended that you test your fire alarm every six months to ensure it's working as it should.

If your fire alarm has a battery backup as well as a mains connection, it should be changed every year.

Fireservice.co.uk has plenty of sound advice when it comes to buying, testing and installing fire alarms which we recommend you read about here.

How to change a smoke alarm battery

The vast majority of conventional smoke detectors come with a friction-fitting cover that lifts off or hinges down.

Others feature a whole unit that clips onto a base attached to the ceiling or wall, often through screws.

In these cases, simply twist the main body of the smoke detector counterclockwise, and it should come off, exposing the battery and allowing you to change it.

Why is my smoke alarm beeping?

If your alarm starts beeping or chirping intermittently, the main cause is most likely a low-battery warning.

However, other conditions could cause your alarm to emit annoyingly disturbing sounds, including the use of an unsupported battery, or the battery not being properly snapped into the alarm's slot.

In addition, excessive humidity, steam or condensation in a room could cause your alarm to randomly beep or chirp.

How to stop my smoke alarm beeping

Once you have assessed what's the cause of your smoke alarm beeping, you can then proceed to stop it.

If a low or incompatible battery is the cause of the issue, simply replacing the battery will do the trick.

On the other hand, if the battery feels wobbly, pushing it in may solve the problem. If it doesn't, the battery socket may be somehow loose, and in that case, you may want to call an expert to fix it.

Finally, if unsuitable environmental conditions are the main cause of the beeping, you should consider increasing the ventilation of the room using a fan, or alternatively just move the alarm to a room with less humidity or condensation levels.

What is an interlinked smoke alarm?

From a technical standpoint, interlinked smoke alarms and detectors are devices connected via radio-frequency signals.

This means that, if one smoke alarm detects fire in a specific room and goes off, all the other interlinked smoke alarms will also go off.

Interlinked smoke alarms are often referred to as wireless smoke alarms, and they can either be battery-powered or mains-powered.

Many interlink smoke alarms today come with a sealed battery that lasts around ten years.

While particularly useful in the sense that the battery never has to be changed, this also means that smoke alarms in this category need to be disposed of after the battery completes its full cycle.

Do smoke alarms have to be interlinked?

You could theoretically have non-interlinked smoke alarms, but that could present a serious danger, particularly in larger flats or houses.

In these cases, you may potentially not hear the alarm closest to the fire, but an interlinked system will cause all the connected devices to go off, alerting you even if you're in a room far away from the origin of the fire.

Enjoyed our roundup of the best smart smoke alarms? We've designed Sun Selects to help you to find the best products that won't break the bank.

Did you know chargers are smart now? Check out our guide on the best wireless chargers.

Want to improve your smart home security system further? Here's our round-up on the best video doorbells you can buy right now.