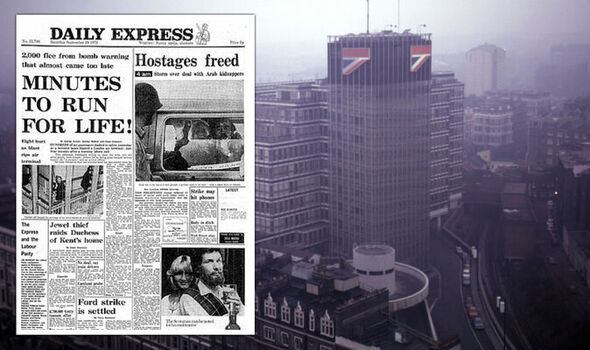 The explosion came just four minutes after a tip-off as police frantically tried to clear the area. Those trying to flee were hit by flying glass. The explosion came less than 13 hours after Scotland Yard’s “hunt the bomber” operation failed to net a suspect.

The British Mandate for Palestine came into effect, giving the UK administrative authority over Palestine and Transjordan lost by the Ottoman Turks after the First World War.

In Palestine, the controversial Balfour Declaration established a national homeland for Jews alongside the Palestinian Arabs who formed the vast majority of the population.

On a historic visit to Ireland, Pope John Paul II called for an end to sectarian violence in the country.

The Pope delivered a sermon to more than 1.25 million people at Dublin’s Phoenix Park before visiting Drogheda, near the border with Northern Ireland.