JERUSALEM (Reuters) – The arched stone-built hall in Jerusalem venerated by Christians as the site of Jesus’ Last Supper has been digitally recreated by archaeologists using laser scanners and advanced photography. 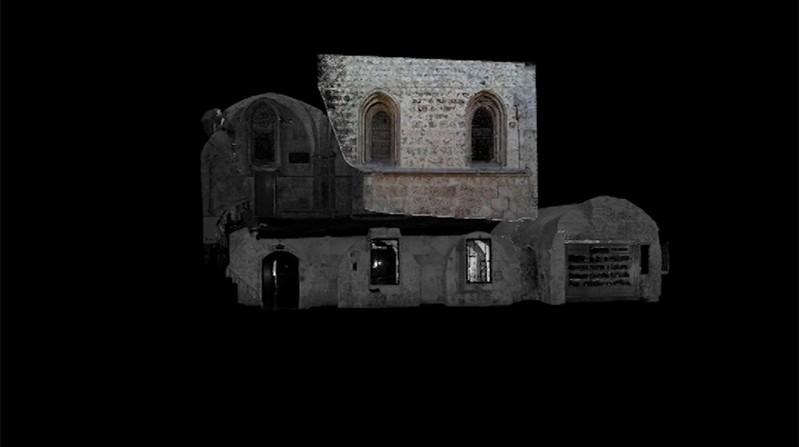 The Cenacle, a popular site for pilgrims near Jerusalem’s walled Old City, has ancient, worn surfaces and poor illumination, hampering a study of its history.

The project helped highlight obscure artwork and decipher some theological aspects of the second-floor room, built above what Jewish tradition says is the burial site of King David.

“We managed, in one of the … holiest places in Jerusalem, to use this technology and this is a breakthrough,” Amit Re’em, Jerusalem district archaeologist at the Israel Antiquities Authority, told Reuters of the project, which began in 2016.

Re’em pointed to reliefs of what he described as the symbols of the “Agnus Dei”, a lamb that is an emblem of Christ, and the “Lion of Judah” on keystones in the hall’s vaulted ceiling.

“It tells the story of this room,” Re’em said.

“It delivers the message of the Last (Supper) Room, Christ as a Messiah, as victorious, as a victim – and the lion, the lion is a symbol of the Davidic dynasty. They combine together in this room.”

Some archaeologists have questioned whether the room is the actual venue of the Last Supper, the final meal which the New Testament says Jesus shared with disciples before his crucifixion.

Ilya Berkovich, a historian at the INZ research institute of the Austrian Academy of Sciences who worked on the project, said the endeavor opens “incredibly new horizons” with enormous potential.