After 20 seasons and countless spinoffs and specials across almost 14 years, TV’s ultimate reality show Keeping Up with the Kardashians airs its final episode next week.

For all its endless detractors hailing it the dirge of modern society, the show – which premiered on US cable network E! in October 2007, on the back of The Osbournes’ game-changing success – has endured a wild journey from its origins as a goofy reality TV take on The Brady Bunch to a bizarre cultural landmark. As family blow-in Tristan Thompson once casually suggested on the show, “We are pop culture.” 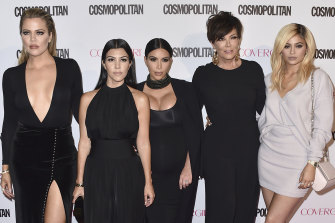 After 20 seasons and 271 episodes, Keeping Up with the Kardashians will air its final episode next week.Credit:Invision

For those who didn’t necessarily keep up with the Kardashians (and let’s be honest, with 271 episodes of often excruciatingly nonsensical drama, who did?), there were some lessons to glean from its remarkable success. Yes, it was actually possible to learn things from this show.

1: Shame is a useless emotion

Kim spent the show’s first season trading (if reluctantly) on her sex-tape infamy, booking daytime talk interviews with the likes of Tyra Banks and quickly reframing her public persona from one of discomforting desperation to a fledgling entrepreneur and cultural icon. Imagine if she’d been shy?

Like a lowly foot soldier turned mob boss, momager Kris Jenner ultimately willed the family into a modern-day dynasty boasting at billionare, and a former one. She’s so powerful I imagine she giggled when Kanye publicly labelled her “Kris Jong-Un”. 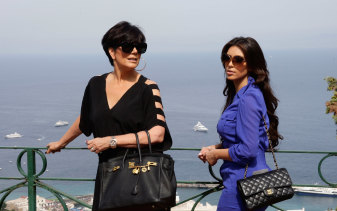 3: Personal drama is just an opportunity

The show set the framework for future reality TV hopefuls – if you’re going to do it, do it all the way. The family’s milked fortune out of baby rumours, cheating scandals, divorces, public feuds, personal tragedy, even lip fillers.

4: Reality TV success is redundant in the age of social media

By the time you’ve amassed, say, 215.8 million Instagram followers who hang on your every post, a reality TV series that reaches an average 690,000 viewers seems a bit silly, doesn’t it?

5: Extreme fame can be a useful tool for self-improvement

Scott Disick’s transformation from Patrick Bateman-bating ultra-capitalist to fame-jaded family guy has been one of the show’s more welcome turns. Watching yourself act like a fool on global TV will do that to you.

The writing on the wall for the show’s end was obvious when episodes started rehashing private dramas that had already played out in real-time in tabloids and social media months ago. “You’re telling me Tristan cheated on Khloe? I knew that last February!” 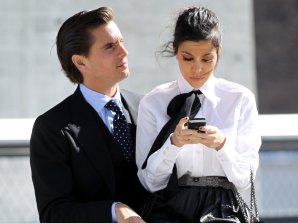 An undeniable fact after 270 episodes. At this point her unimpressed scowl should be the official logo for E!.

Come on, besides The Kardashians and System of a Down who else is out there discussing the Genocide of 1915 in mainstream culture?

9: Reality TV can get too meta

If you’ve ever wanted to watch reality TV participants complain on camera about how their lives have been ruined by the fame and attention brought on by being constantly filmed for their reality TV series, revisit this nutty show from around Season 16 onwards.

10: Is it possible to be written out of your own family?

It is if you’re Rob Kardashian or Kendall Jenner on KUWTK. 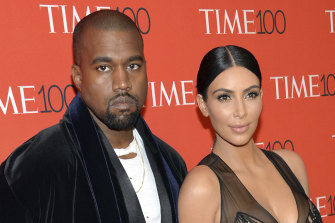 Kim and Kanye in 2015. The pair’s divorce has hardly made a mention in the show’s final season.Credit:AP

12: The wisdom of a Kardashian internet commenter

On Kanye’s infamous wardrobe makeover of Kim: “[Kanye] really made Kim go from ‘Look at me, I have money’ to ‘I AM money.’” That’s just poetic.

Oh wait, I meant it’s fun to watch people robbing rich people who flaunt their wealth. Probably not the sentiment most viewers took from the infamous Paris jewellery heist episode, but to each their own.

Whether they were consoling each other following breakups or literally fist fighting and hair pulling after disparaging each other’s work ethic, the show highlighted an utterly familiar familial bond. And, of course, if you cross the family, you get whacked (see: Jordyn Woods).

But the show did try to brush the whole scandal away in one teary-eyed episode, which further showcased the extent to which the show had morphed into a nifty PR management exercise in its later years.

16: Is this seriously a plotline about UFOs?

You’d think a family with as much real-world tabloid mayhem as the Kardashians wouldn’t need to invent TV plotlines where Khloe and Tristan go hunting for UFOs or Kim looks to purchase a nuclear bunker, but such is the show’s personality crisis: pretend you’re giving viewers a look behind the celebrity, but give ’em silly hijinks instead.

Don’t pretend you’d even heard of this place before the Kardashians. Remember when rich celebrities in Los Angeles just lived in Beverly Hills?

A fact I learned during the current final season. See, this show’s informative to the end.

19: We won’t be getting any behind-the-scenes insight on the Kimye divorce

Another revelation from the currently concluding final season, which had nodded to Kim’s marital troubles in its first episode but quickly changed tack. After years of rehashing extreme personal stakes on the show, they’ve finally realised they don’t need to anymore.

Just months after announcing their final season of KUWTK, the family revealed they signed a massive deal with Disney-owned US streamer Hulu to “create global content” for the service. And you thought you were finally free.