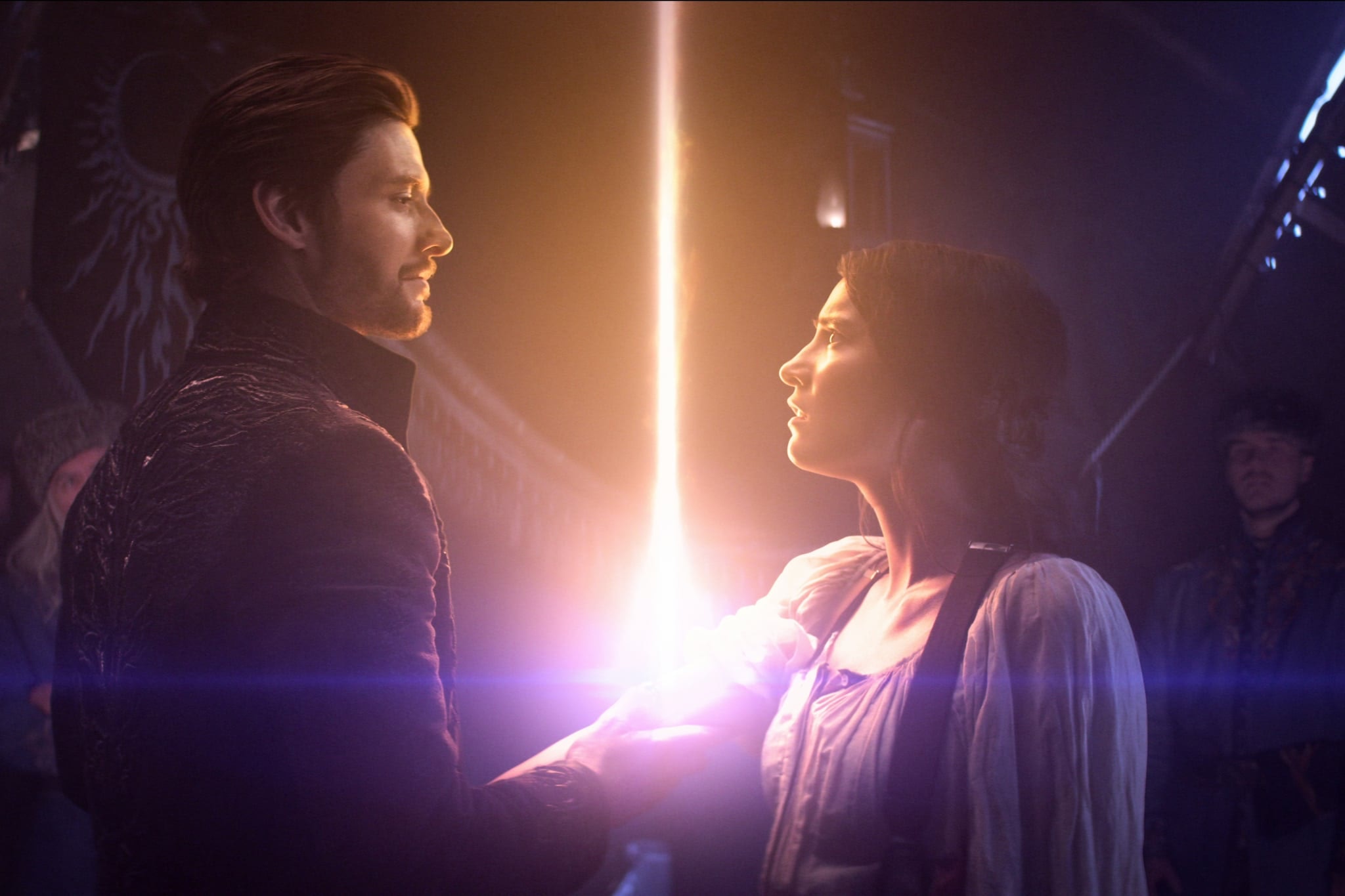 Your copies of Leigh Bardugo’s books from the Shadow and Bone trilogy are probably looking a little worse for wear. After all, the last book in the series was published in 2014, so you’ve had plenty of time to delve back into the Grishaverse on more than one occasion. Those dog-eared books are probably a good sign that it’s time to escape to new lands of magic and romance. You can get lost in totally different stories with similar nail-biting experiences and swoon all over again for haunted couples by checking out these books like Shadow and Bone.

You were immediately enthralled with Bardugo’s young adult novels, as if one of the Grishas (aka manipulators of elements) bewitched you themselves. While the battles between these gifted wielders were captivating, it was really the books’ constant twists and turns that kept you reading through the night. After protagonist Alina Starkov discovers she’s a rare Grisha who can harness light, the series reveals one jaw-dropping surprise after another. Friends become foes, danger springs out of nowhere, and monsters lurk behind every shadow — but the mythical adventures don’t have to end with Ruin and Rising, the final book in the trilogy.

These books like Shadow and Bone keep the magic in the air. These stories are like Bardugo’s precisely because they’re full of evil kingdoms, epic quests, and otherworldly creatures that’ll transport you to a new mystical universe. Simply pick up one (or more) of these books to get there and enjoy the ride.

We only include products that have been independently selected by Elite Daily’s editorial team. However, we may receive a portion of sales if you purchase a product through a link in this article.

A bad*ss heroine, mysterious court politics, and magical gifts: Can A Court Of Thorns And Roses get any closer to fulfilling the Shadow and Bone-sized hole in your heart? Sarah J. Maas’ series follows a hunter named Feyre, who is thrown into the world of immortal creatures known as faeries, who can disguise themselves with magic. After being hauled into a new kingdom with unknown rules, Feyre is forced to come into her own power and unravel an ancient curse all while falling for a secretive and handsome fae. If you love rooting for a protagonist who’s working against all odds, this is the story for you.

2. ‘An Ember In The Ashes’ By Sabaa Tahir 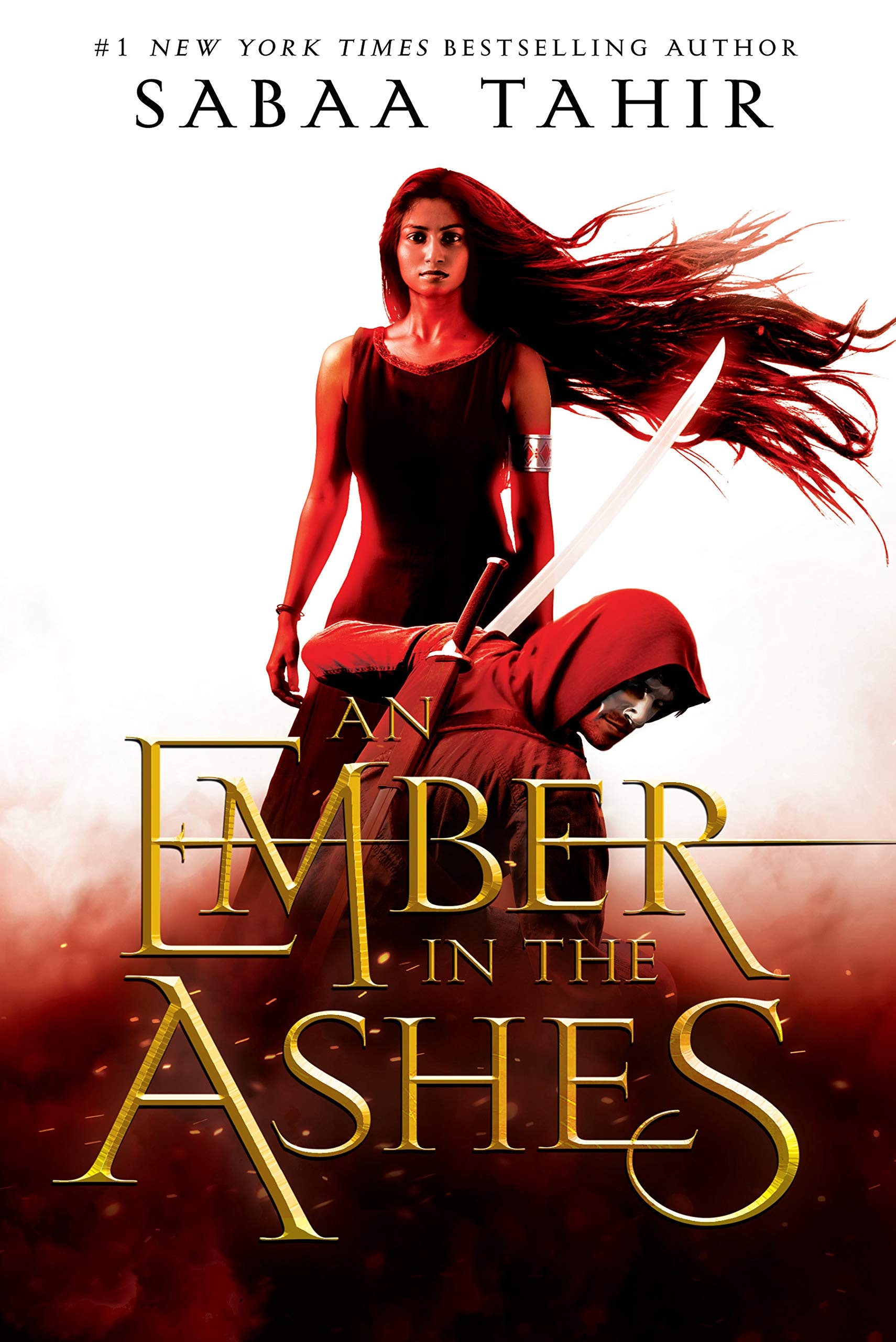 Just as Bardugo drew inspiration from European folklore for Shadow and Bone, Sabaa Tahir channels ancient Rome in her An Ember In The Ashes series. Both series are set in a harsh kingdom where emperors and kings don’t always rule justly. In Tahir’s universe, Laia of Serra joins the rebel army after her brother is arrested for treason. When you open the eponymous first book in the series, you’ll soon be spellbound by the supernatural creatures, enemies-to-lovers romance, and wicked characters this story has to offer. 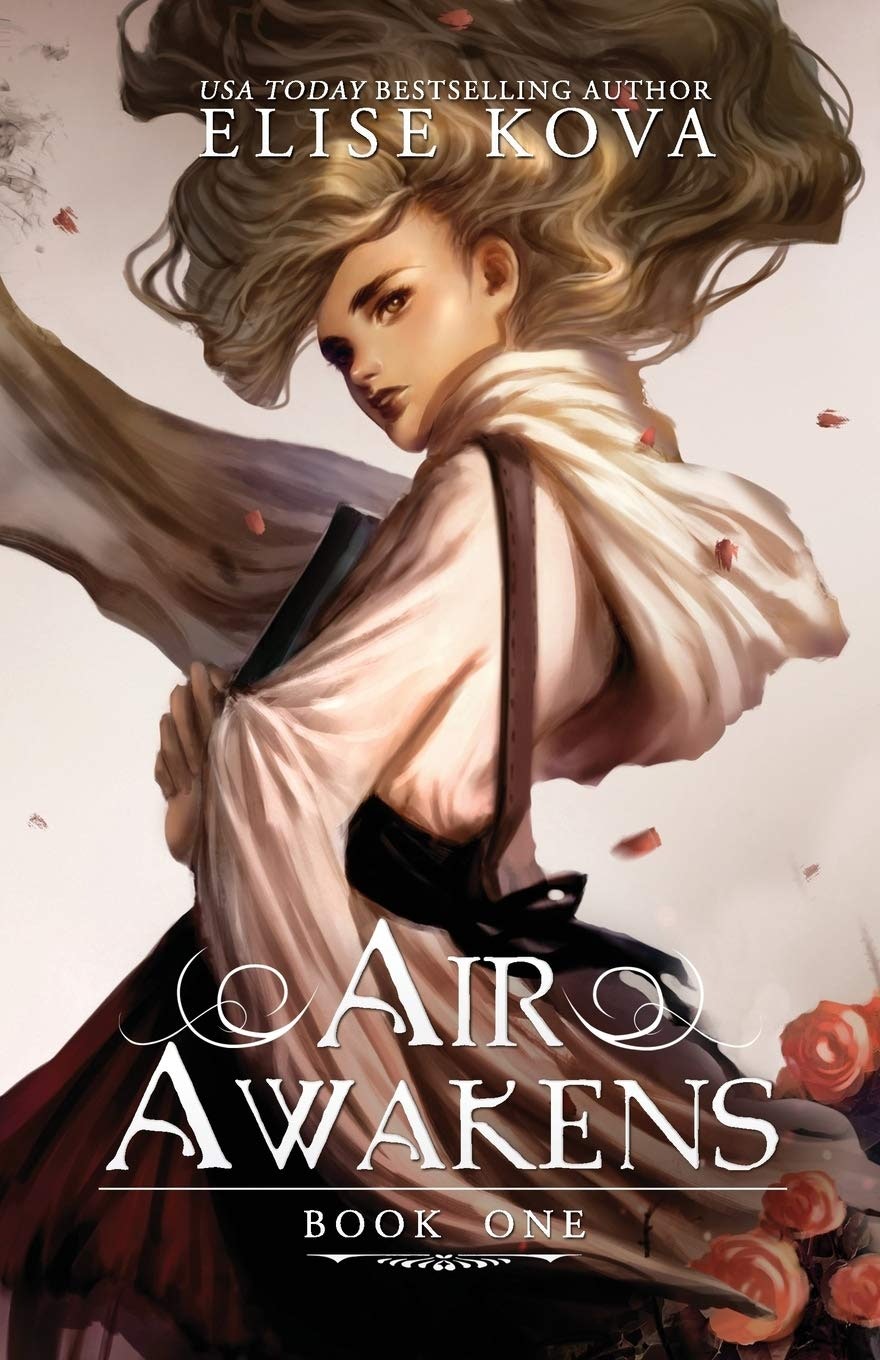 If you can’t get enough of elemental magic, the Air Awakens series by Elise Kova is for you, as it’s full of masters of the elements. Throughout the quintet of books, Vhalla Yarl becomes entangled in the world of sorcery after saving the crown prince and most powerful sorcerer of the empire. Just like in Bardugo’s books, this one rests the fate of an empire on a girl with newfound abilities and the power to survive amongst a long list of enemies.

4. ‘The Gilded Wolves’ By Roshani Chokshi 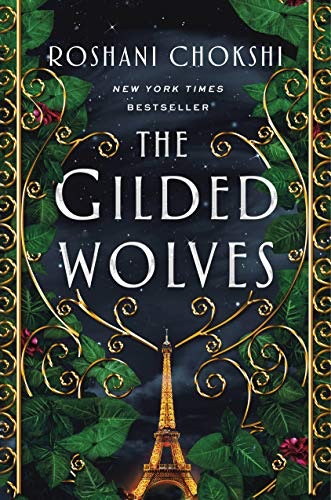 You breezed through the Shadow and Bone trilogy because the suspense was real. In that case, you might find yourself hanging on to every word in The Gilded Wolves series by Roshani Chokshi. This story is full of mystery, heists, and deceit draped in decadence, as a gang of misfits use their different abilities to steal from Paris’ elite. Set in 1889, these books follow these thieves as they explore the dark secrets of society, not unlike Alina, who unravels the truth about her world. Add in a touch of romance and whole lot of mystique, and you’re left with a gripping read. 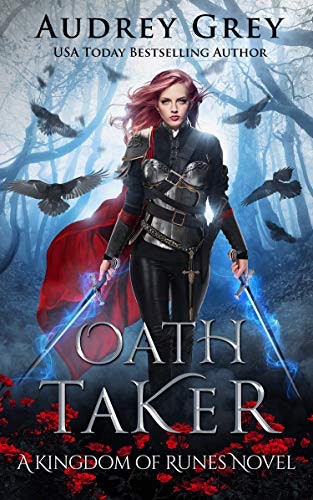 When Alina began delving into forbidden magic in place of her light element, things got more than a little intense. That’s basically the whole vibe in Oath Taker. The first book in Audrey Grey’s Kingdom Of Runes series is about Haven Ashwood, who relies on light and dark magic in order to rescue her friend Prince Bell from an evil queen. But, like in Shadow and Bone, magic comes with consequences. So, if you do pick up this book, be ready to buckle up for Haven’s heart-pacing adventure. 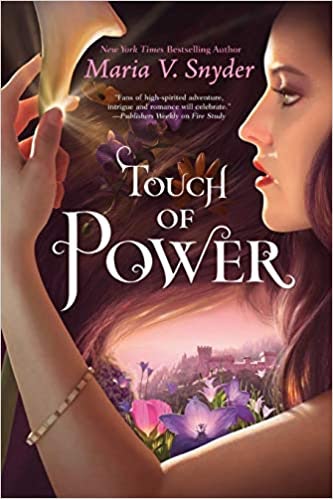 A female protagonist with a special ability being targeted for her skills? Sounds familiar. Touch Of Power by Maria V. Snyder will remind you of your love for Alina, as Snyder’s protagonist, Avry of Kazan, is in almost the same boat as Shadow and Bone‘s leading lady. Avry is a healer who, with a single touch, can strip people of their wounds and diseases. Instead of being praised for her power, she’s hunted, forcing her to traverse the empire to find a way to survive. Like Bardugo’s books, Snyder’s story is also told as a trilogy. 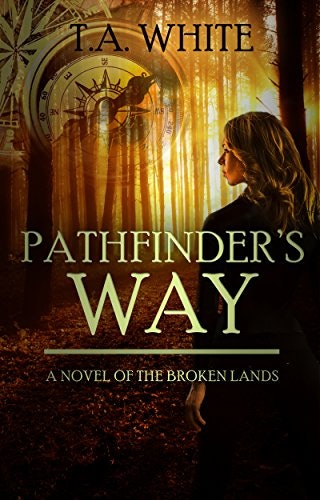 For more dark and mysterious lands filled with monsters who patrol them, check out Pathfinder’s Way by T.A. White. This is the first book in White’s The Broken Lands series and takes place in a dangerous and expansive terrain called the Badlands. Shea, the protagonist of the series, is one of the few people who venture into the unknown to help guide others back home. After the people she risks her life protecting betray her, Shea finds out the lands are not what they seem. Cue deeper intrigue and many plot twists.

8. ‘Wicked Saints’ By Emily A. Duncan 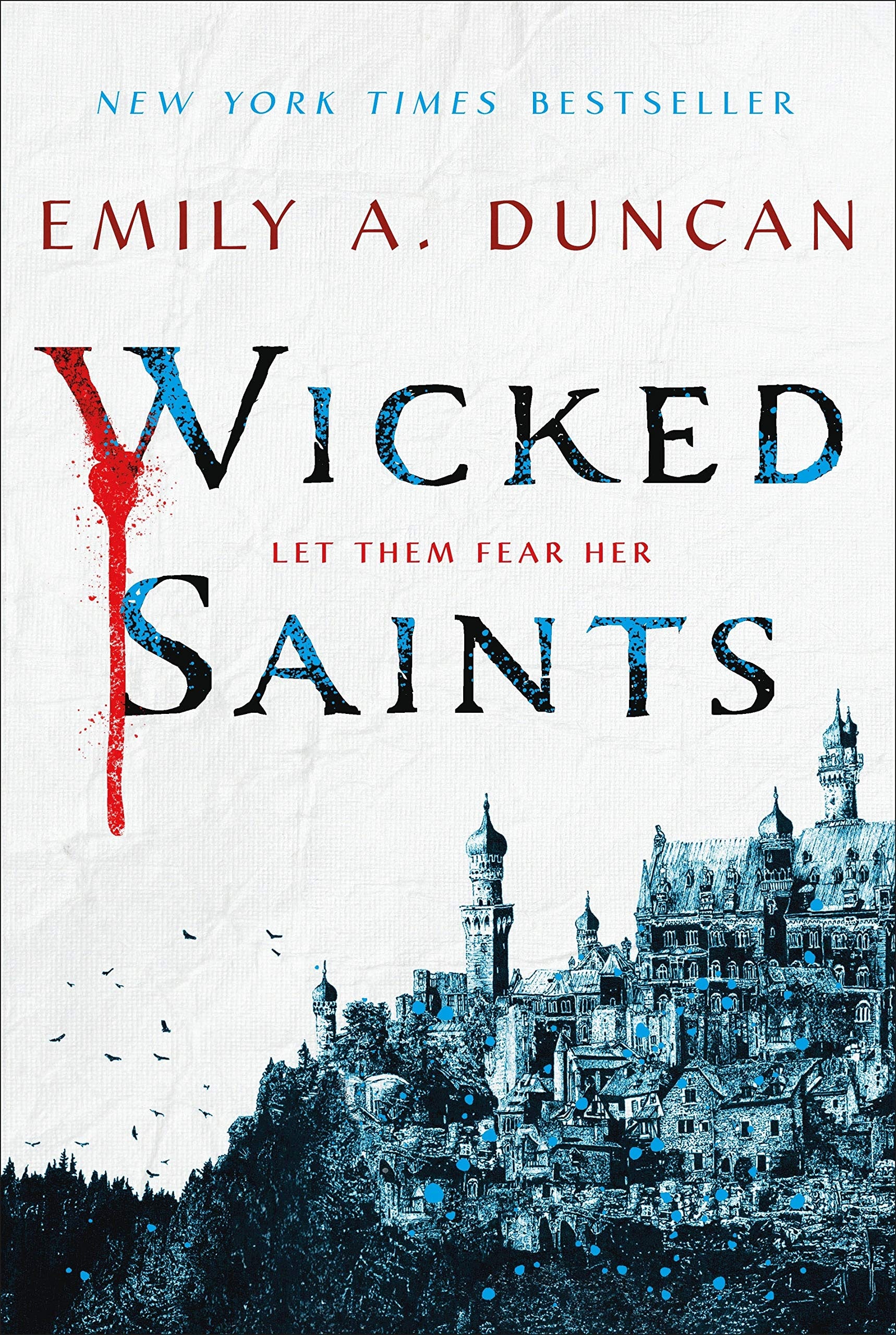 In Shadow and Bone, Alina often doesn’t know who to trust. The same mistrust is true for Nadya in Emily A. Duncan’s Wicked Saints. Nadya has the rare ability to communicate with gods, but she has to figure out a way to use her power to help the right people. That could mean aligning with a prince who says he’s in danger or a boy who holds monstrous power. In Duncan’s trilogy, Nadya has to seek out her true allies from her enemies. When you sit down to read Wicked Saints, don’t be surprised to see a lot of Alina in Nadya’s character.

9. ‘Six Of Crows’ By Leigh Bardugo 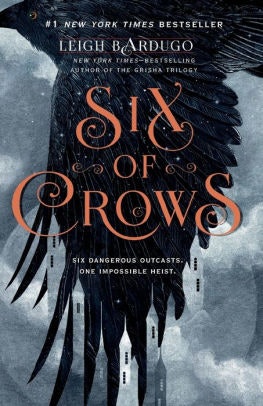 If you just can’t let go of the Grisha universe, you can stay a while longer by reading Bardugo’s related series and book, Six of Crows. This story is set in the same world as Shadow and Bone, but in a different city called Ketterdam, and takes place two years after Ruin and Rising. In Bardugo’s spin-off series, a criminal mastermind named Kaz Brekker and his team of thieves pull off heists to become rich beyond their wildest dreams. Reading how this crew works together will definitely get you invested in this cast of characters. When you see them featured in the Netflix show’s adaptation of the Grishaverse, you might even let out a sigh, wishing Brekker and his team had their own show, too. 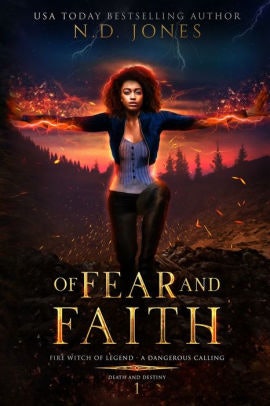 If you enjoyed following Mal and Alina’s adventures as they attempt to save the world and each other, then you’ll fall head over heels for the romantic quest in Of Fear and Faith by N.D. Jones. This is the first novel in Jones’ Death and Destiny book series, and it follows Sanura Williams and FBI Special Agent Assefa Berber after an ancient prophecy foretells a powerful witch and shapeshifter will save the world. While the pair are thrown together by destiny, it’s up to them to fight for their life and love. 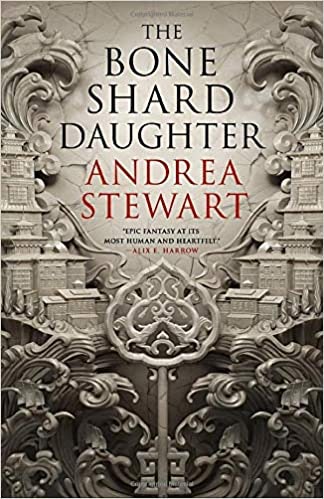 The Bone Shard Daughter is like Bardugo’s books — only darker. Andrea Stewart imagines a universe formed by an emperor’s ability to control people using fragments of their bones. If creatures powered by the shards of civilians weren’t enough to give the monsters in Shadow and Bone a run for their money, then perhaps the sinister effects of bone shard magic that slowly plague the empire’s people will. The villains in this book may even make you change your mind about the Darkling being Public Enemy No. 1. 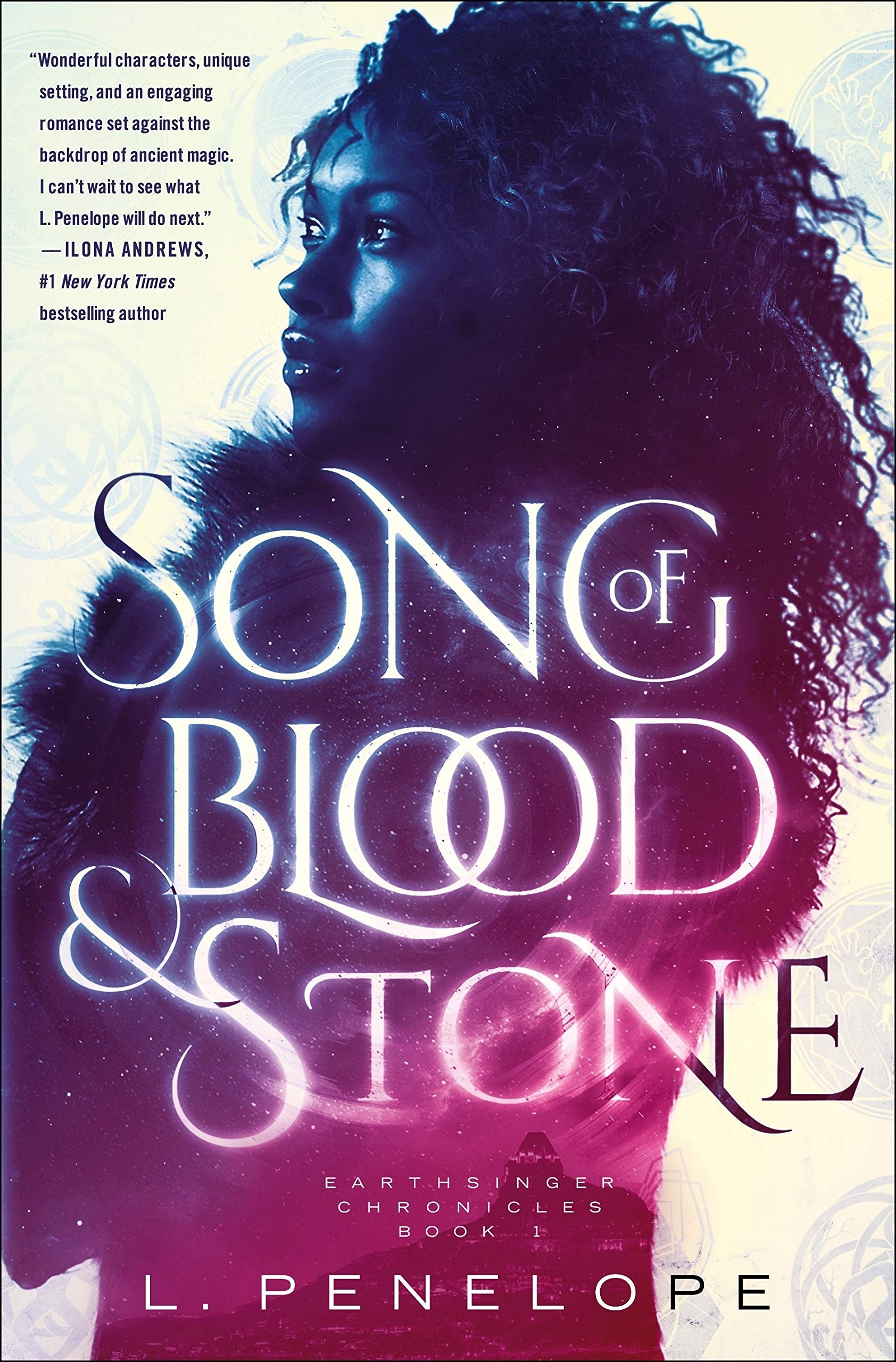 In Shadow and Bone, the world was forever divided by the Shadow Fold, a dangerous strip of darkness. In Song of Blood & Stone — the first book in the Earthsinger Chronicles series by L. Penelope — kingdoms are separated by the Mantle, a magical divide that enforces peace between two nations. When the Mantle begins to crumble and tensions arise between kingdoms, it’s up to an outcast girl named Jasminda, who’s harboring a secret ability to heal people with her singing, to uncover the secrets of the divide and restore peace.