Now Lives: In his parents’ house there.

Claim to Fame: Richie Merritt is the newly discovered breakout actor in “White Boy Rick,” a crime drama film set in 1980s Detroit starring Matthew McConaughey. He has also become something of a fashion darling.

Big Break: Two years ago, when Mr. Merritt was a sophomore at Dundalk High School, he arrived late to school and was sent to the principal’s office, where a casting agent happened to be looking for the title role in “White Boy Rick.” After improvising a couple of scenes on the spot (“I had to pretend I was selling her a stolen phone,” he said), Mr. Merritt was booked on a flight to Hollywood and was cast opposite Mr. McConaughey. Though he had never acted before, the entire casting process took just a month. 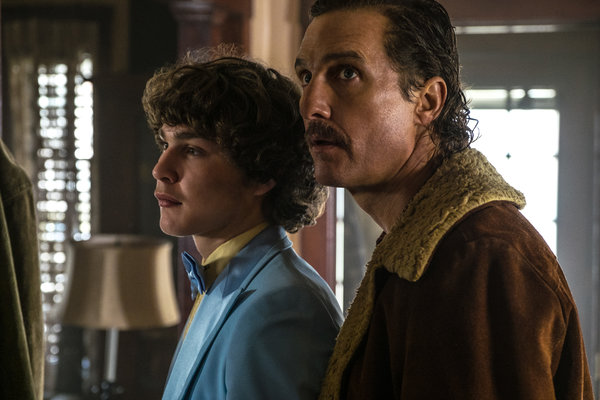 Latest Project At the moment, Mr. Merritt is finishing his senior year of high school, but he has caught the acting bug. “I definitely want to pursue an acting career,” he said. “It’s not something I wanted to do as a kid, I always wanted to be a professional football player. But I realized when I was shooting, that this is fun for me.” Mr. Merritt was recently cast for Adrien Brody’s coming film after they met at the Toronto premiere of “White Boy Rick.”

Next Thing: With his retro mop of curls and boyish charms, Mr. Merritt has become fashion’s latest catnip. He sat in the front row at the Gucci show in Paris recently (his first overseas trip) and has been upgrading his wardrobe. “I like to switch it up and have my own flavor,” he said. Favorites include silky shirts (“I love the silky smooth feeling,” he said) and Nike Air Force Ones (I’ll always love those”).

Social Media Blackout: For all his youth and pop culture know-how, Mr. Merritt is barely on Instagram. “I’m really distant from social media,” he said. “Social media is about proving your worth, and it’s all about likes and what people think of you. I don’t really care what people think about me. I don’t mean it in a bad way, just that I don’t need that kind of affirmation about myself.”