A WOMAN has revealed her mother-in-law used to make sly comments to show she didn't like her.

She shared them in hopes that other women know when their mothers-in-law are going to make waves in their marriages. 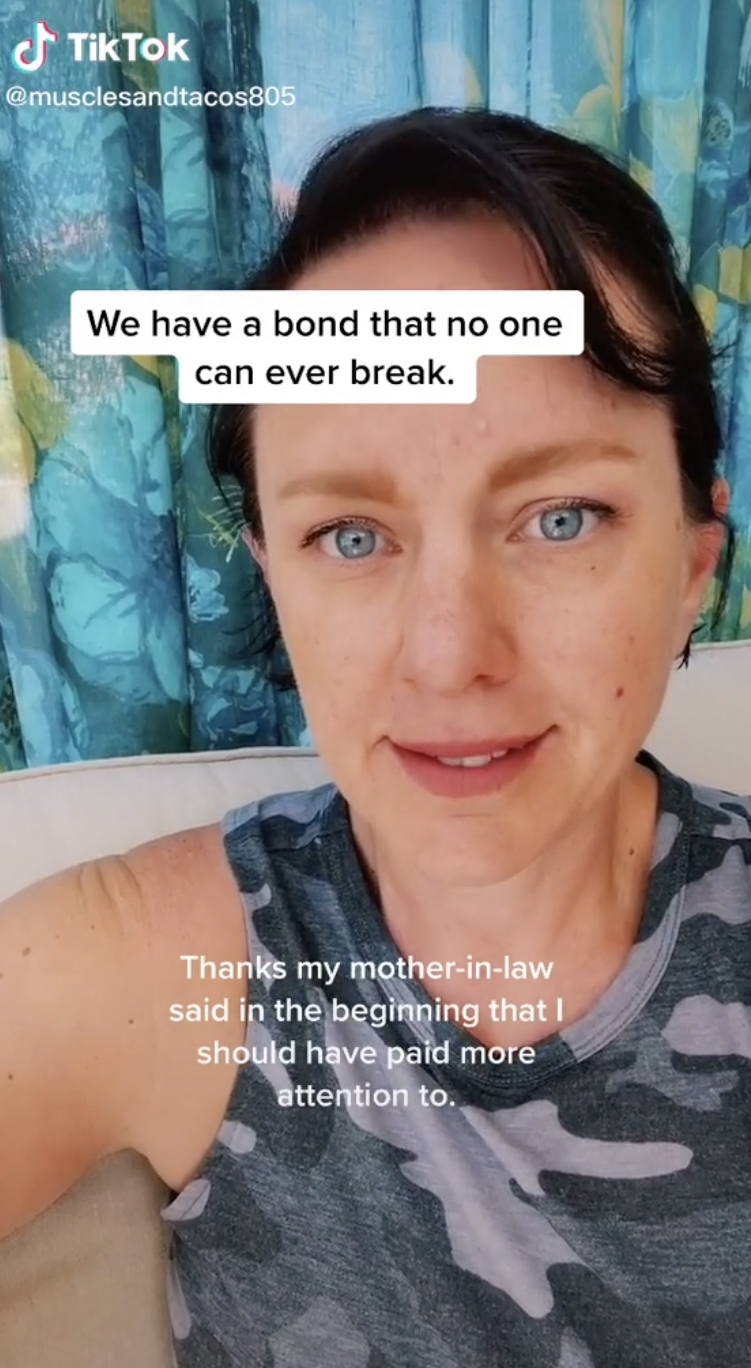 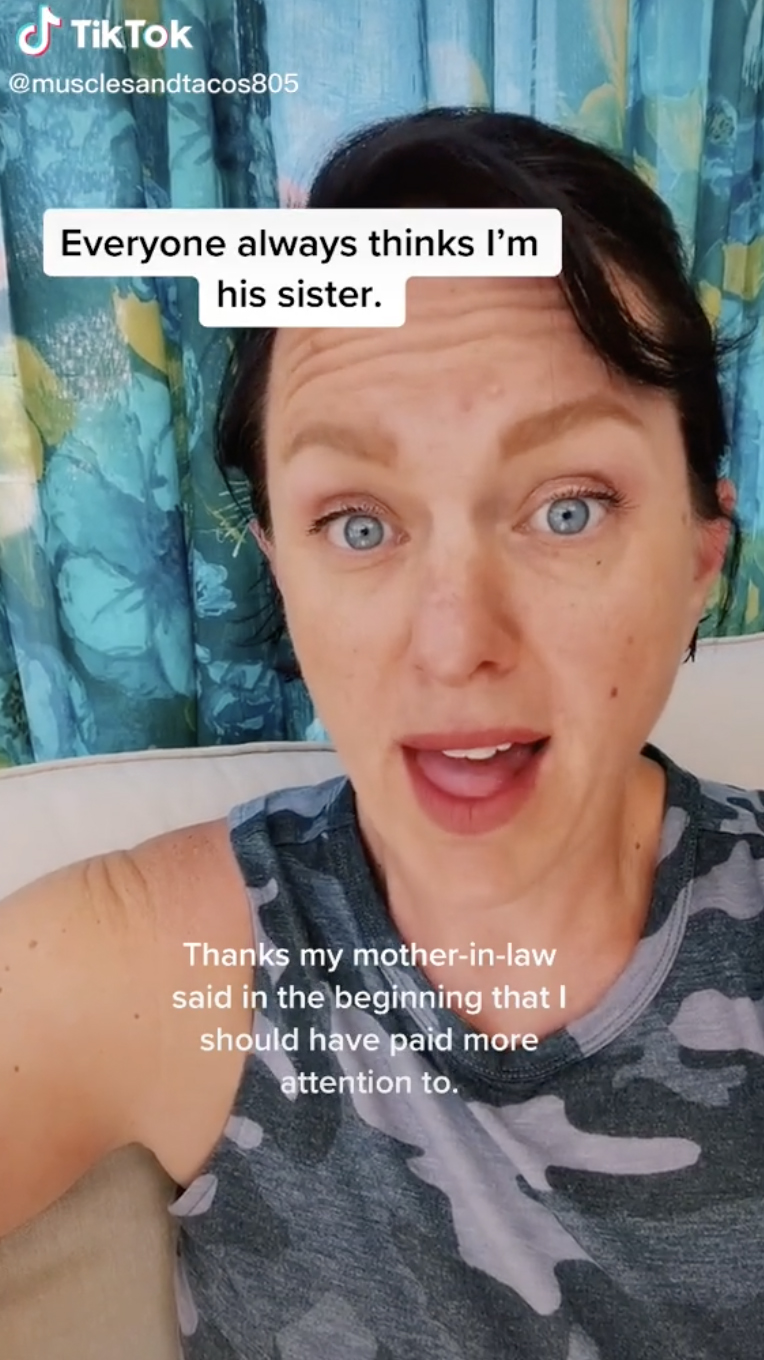 A TikTok user who goes by the name of Lindsay shared her experience with her mother-in-law who seemed to have a very close relationship with her son.

"Things my mother-in-law said that I should have paid more attention to," she wrote as she began to describe each "red flag."

In her video, she said that her mother-in-law would say things like: "Everyone always thinks I'm his sister" or "We have a bond

Additionally, she would comment on her appearance, saying things like: "All his ex-girlfriends were smaller than you!"

Unfortunately, the disdain that some mothers-in-law have for their new daughter is not uncommon.

Previously, a bride was left in tears when her mother-in-law and the rest of the women from her husband's side showed up in white to their wedding.

Taking to Reddit, a 33-year-old groom shared the terrible story: "I have a large family. Mostly aunts and female cousins aside from mom, stepmom, stepsister, and grandmother.

"I don't know how to say this but all those women I mentioned above are into teasing and joking. They've formed a unit (which I admit is kind of toxic) and they'd tease and roast every new woman that enters the family by marriage by setting up 'tests' to see if they deserve to be part of the family. Or roast their looks and styles to the point of breaking confidence and self-esteem down.

"Then after a few months of teasing, they'd announce that they've finally welcomed them into the family. The newest member would join in on the teasing too which is crazy as my dad says."

Sadly, this attitude was also given to his love interest.

"When I first introduced my then-girlfriend now wife, I made it clear that I didn't want any of the women in the unit to come at her or harass her not even with a single word," he said.

"They went behind my back and roasted her looks and job and I discovered they've been doing it on Facebook. I had them apologize one by one after they gave the 'we're just testing the water to see if she's capable to be part of the family' excuse."

"They didn't want to apologize but once I said I wouldn't invite any of the unit unless they apologize including my mom everyone immediately apologized and brought gifts for my wife. First of them was my stepmom and my sister-in-law.

"My wedding was two weeks ago. There was talk about the women in the family wanting to pull a prank on my wife by wearing white and called it the 'ultimate test' to see how my wife react.

"My brother warned me so I announced that if any one of them showed up in white I'd have them kicked out including mom. They said this wasn't true and they'd never do such a thing.

"But they showed up to my wedding one by one wearing white dresses and each and every one of them was told to leave after they tried giving excuses by either making scenes or getting the men involved.

"The senior women of the unit, who are Mom and aunts, also showed up in white but refused to leave. I threatened to take harsher action and mom was pissed telling me to step aside but I didn't let her in.

"I had her leave while the men in the family were watching stunned, dad was on my side and supported me a lot. I felt absolutely awful because my wedding was being interrupted by them making scenes.

"My wife was hurt beyond measure but the women in the family were pissed. My cousin blasted me on social media later saying I excluded all the women from the wedding because my wife was so insecure she couldn't handle another woman's presence at her wedding.

"I had an argument with them and mom berated me saying it was supposed to be a prank but I said they were taking it too far. Mom said I took it too far by kicking them out because they were trying to get a reaction from my wife to see if she was one of those 'bridezillas' and were going to change soon as the prank was over but I ruined my own and entire wedding by reacting so aggressively.

"I stopped talking after she said I had to bring my wife and apologize. I haven't seen the lot of them in two weeks and they've excluded me from everything." 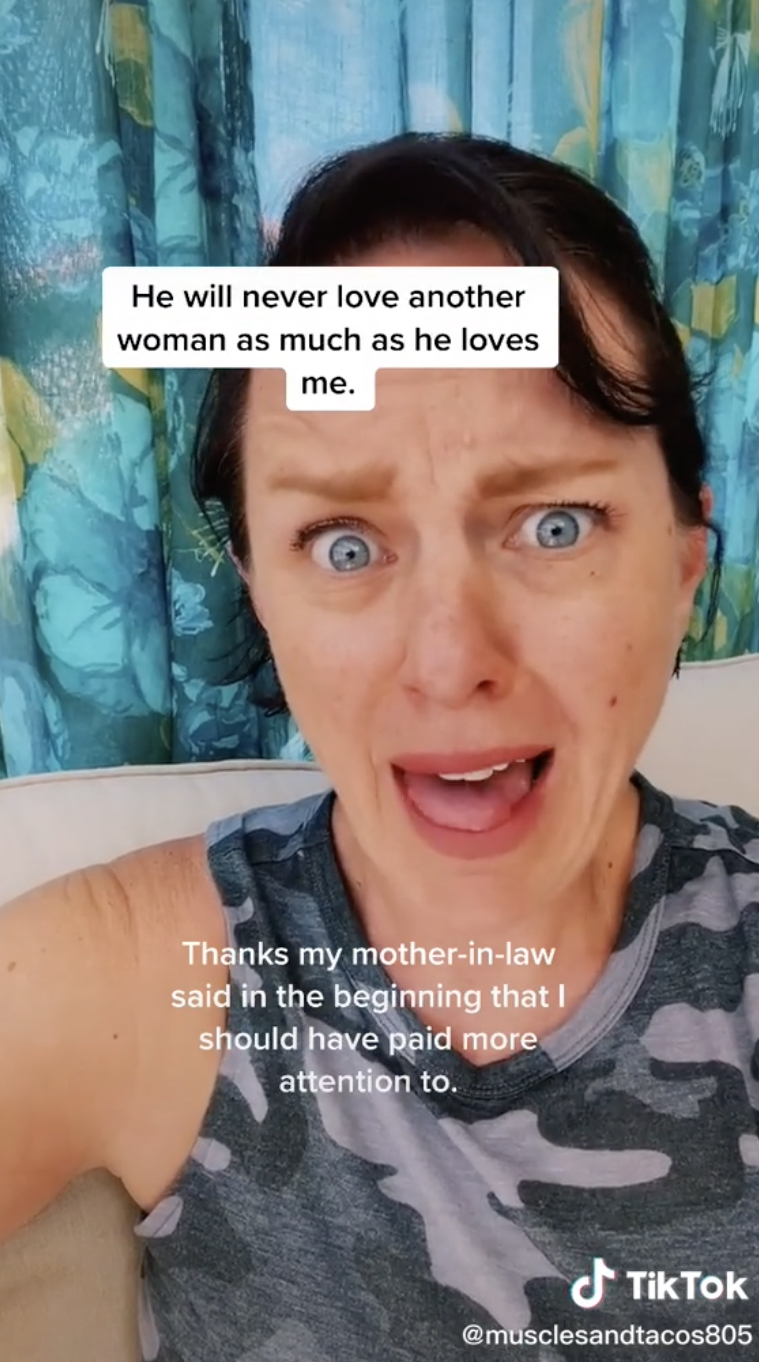