It’s easy to mock teenage girls, but it’s wiser to fear their power. That’s the message that keeps getting scrawled—in all caps, with hearts dotting the letter i—across 2021. Olivia Rodrigo gained half a billion Spotify streams. Marsai Martin’s production company scored a lucrative content deal with Verizon. Suni Lee stuck her landings so hard that she should get an Elmer’s Glue campaign.

And those teenage girls who are cheugy instead of champions? For better or worse, they influence the culture too. Witness the college freshmen who just changed the fashion industry by being in the most-trolled clique of all: sorority girls.

It’s all thanks to TikTok, or more specifically #RushTok, the stream of viral videos featuring mostly thin, mostly blonde University of Alabama freshmen each sharing their OOTD (outfit of the day) with the upbeat cadence of a cheer camp counselor leading the name game. In the clips, brands become totems voiced over and over, turning Lululemon, Shein, and Golden Goose into a polyblend chant of ritual worship.

It’s mesmerizing. It’s also, at least for now, quite lucrative.

It’s mesmerizing. It’s also, at least for now, quite lucrative. “The designers featured on #RushTok are going to see rising sales benefits, both now and in the long term,” says Maggie Reznikoff, a director at the L.A.-based marketing firm Open Influence who helps guide brands like Disney and Coca-Cola into the brave new world of “Hey y’all!”

“For the girls showing their Gucci sneakers, a lot of people watching are saying, ‘Gosh, I want to wear that, I can’t afford it right now.’ But it validates the brand as part of this world, and maybe part of their world in the future,” Reznikoff explains. “Meanwhile, the things these girls are naming that anyone can jump and buy immediately—the Amazon bracelets or the Shein dress—people watching these girls will buy those things. They are buying those things.”

Recent sellouts include Kendra Scott jewelry, which saw a 17 percent bump in web traffic, and a pair of ruffled shorts—think OnlyFans meets cottagecore—which Pants Store owner Michael Gee credits with helping raise their bottom line 600 percent. “We’ve had actual lines of people waiting to get into the [flagship] store,” he says, “and 80 percent of our online orders are happening out of state. A month ago, people out of state didn’t even know our name. TikTok has given us a whole new clientele.” 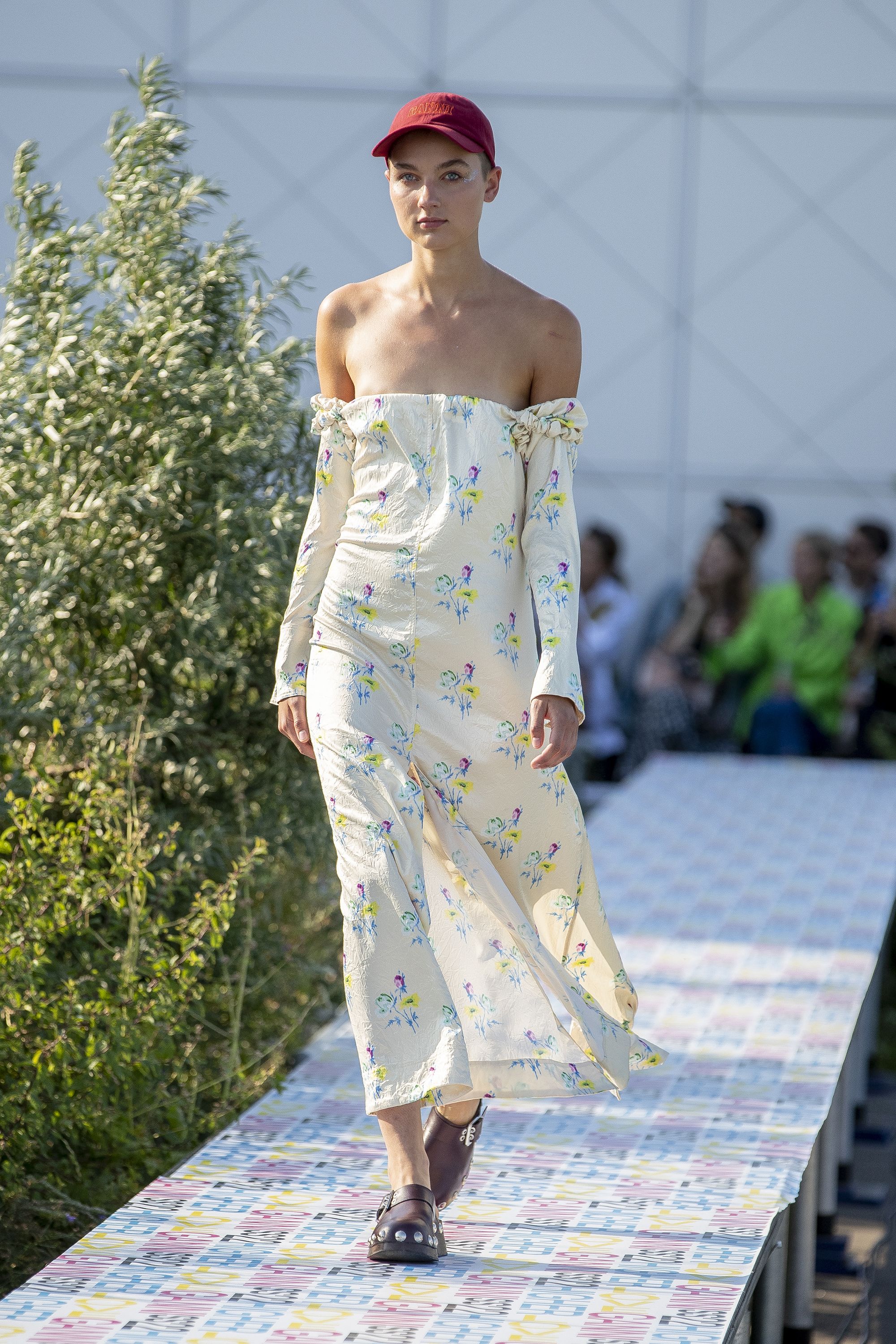 The effect has also boosted East Coast labels like LoveShackFancy, which first launched in East Hampton, but now boasts slews of Southern fans. Its estimated benefit of #RushTok? About 30 percent more online engagement, which is a lot of attention for a $245 floral miniskirt.

Perhaps no name has benefitted more from #RushTok than Makayla Culpepper, the bubbly and biracial Alabama teen who wasn’t invited to join a sorority—a reality she says is “God’s protection,” while publications like TIME say is institutional racism. (Our view: yes to both.) Instead, the 18-year-old gained 144,000 new followers, and is already receiving influencer gifts from beauty brands like Pantene. Though, she may not need them; on camera, her hair is already a captivating, shiny swoop.

Will the sorority aesthetic show up in the wider fashion world? Eerily, it already has.

But even if these Alabama teens help sell $22 heart earrings and drugstore heat serum, will the sorority aesthetic show up in the wider fashion world? Eerily, it already has. Ganni’s recent Copenhagen collection veered from its signature pouf dresses into a Gen-Z dream of Skittle-colored ruffles (they fit right in with #RushTok’s elastic-waist skorts in bright Slurpee-tinted shades). Those too-cool slouchbots at Marc Jacobs? Replace the Marc logo with Mu Gamma and you’ve got sorority leggings (ditto MJ’s branded pearls, an Old Row staple if we’ve ever seen one).

Even Valentino’s recent couture poufs, while singularly divine, have evil twins in Tuscaloosa … though Pierpaolo Piccioli used his bloomer shorts—once a suffragist staple—as the stem of a female flower. Meanwhile #RushTok has subverted the silhouette for a patriarchy disguised as a sisterhood—and gained more than a billion views on TikTok, along with more engagement than Coach’s recent J.Lo campaign. If even a fraction of those scrolls become sales, designers (and their investors) will have to strongly consider how to serve that market. 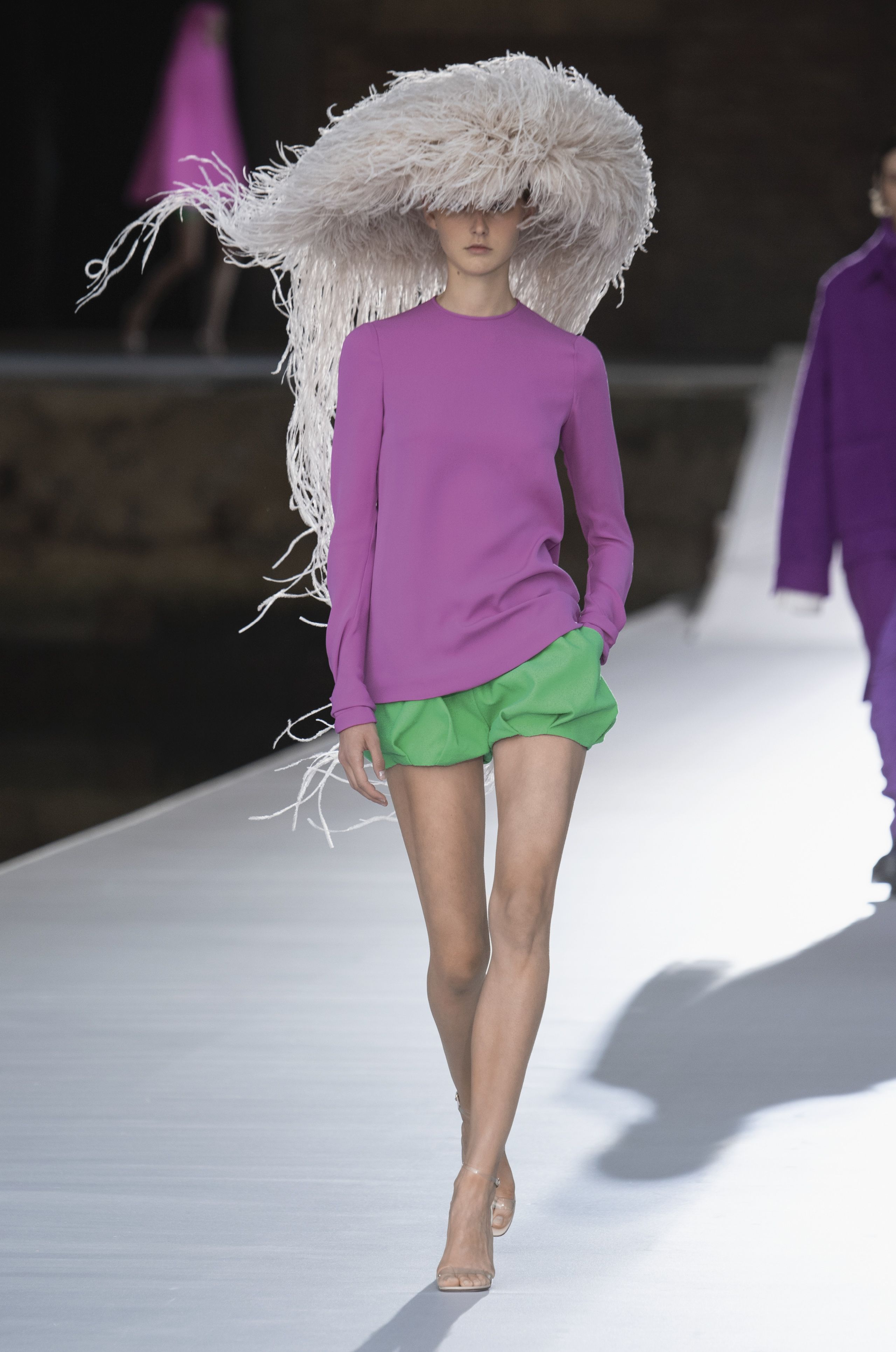 Does this mean that the fall runways will be loaded with platform espadrilles, bright-pink baseball caps, and more bloused-out tees and satin skorts than Kelly Kapowski’s vision board? It’s too soon to tell, but very telling that none of the celebrity stylists or U.S. designers we contacted about this article could comment. (Literally, “I can’t comment” was the verbatim answer.)

Since the spring 2022 runway season starts in a mere two weeks, we’ll see soon enough whether Phi Mu and Miu Miu have a meaningful link. Besides this skirt, anyway, which is already Miuccia-approved and total #RushTok gold.