A recent survey found 54 per cent of festive party snogs resulted in a long-term romance. But is it really a good idea to use the work party to find true love? Two party-goers tell JENNY FRANCIS their very different stories.

Within three months of the party we'd moved in together HAPPY couple Jasmine Pratt and James Spicer, 34, are proof a Christmas works do can be the gift that keeps giving. They live in Barnet, North London, with their sons Alfie, three, and three-month-old Theodore. Jasmine, 24, says:

"I started working as a junior chef in a Kentish Town pub in July 2013. James was the head chef and I fancied him. He was tall, good-looking and made working the long shifts fun. I didn’t think he would fancy me.

When I wasn’t washing, chopping and preparing meals, I was sweating it out over the grill. I really enjoyed it but there wasn’t enough time to catch my breath let alone think about love.

I had heard so many bad stories about working relationships being ruined when dating comes into play that I was too scared to even consider it. 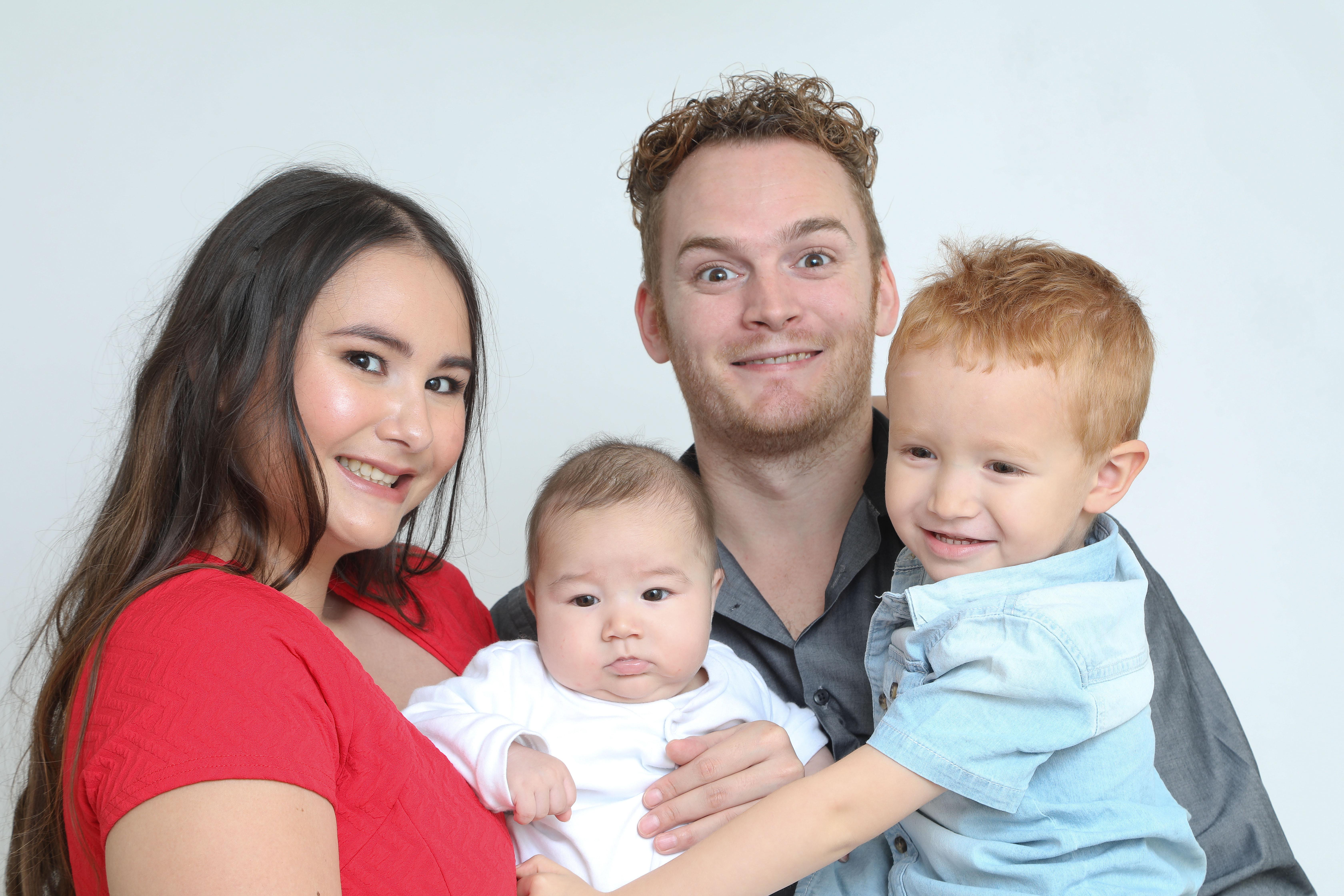 Most nights I’d finish my shift with my make-up running, sweaty hair plastered on my face from cleaning ovens and smelling of grease and burgers. When the Christmas party came around, I knew I might be tempted to have a little flirt.

Wanting to remain professional, I roped in a mate to come with me to ensure I behaved – after all, everyone likes to cut loose at Christmas time. I loved working with James so much and I adored my job. I didn’t want to ruin it.

The party was at a pub in central London. The beer and wine was flowing and everyone was in a happy and silly mood. It was great to have a night away from the kitchen. When the music started, my friend disappeared.

I saw James standing by himself and, giddy from champagne and dancing, I made the first move. It was one of those moments where you don’t think, you just do. 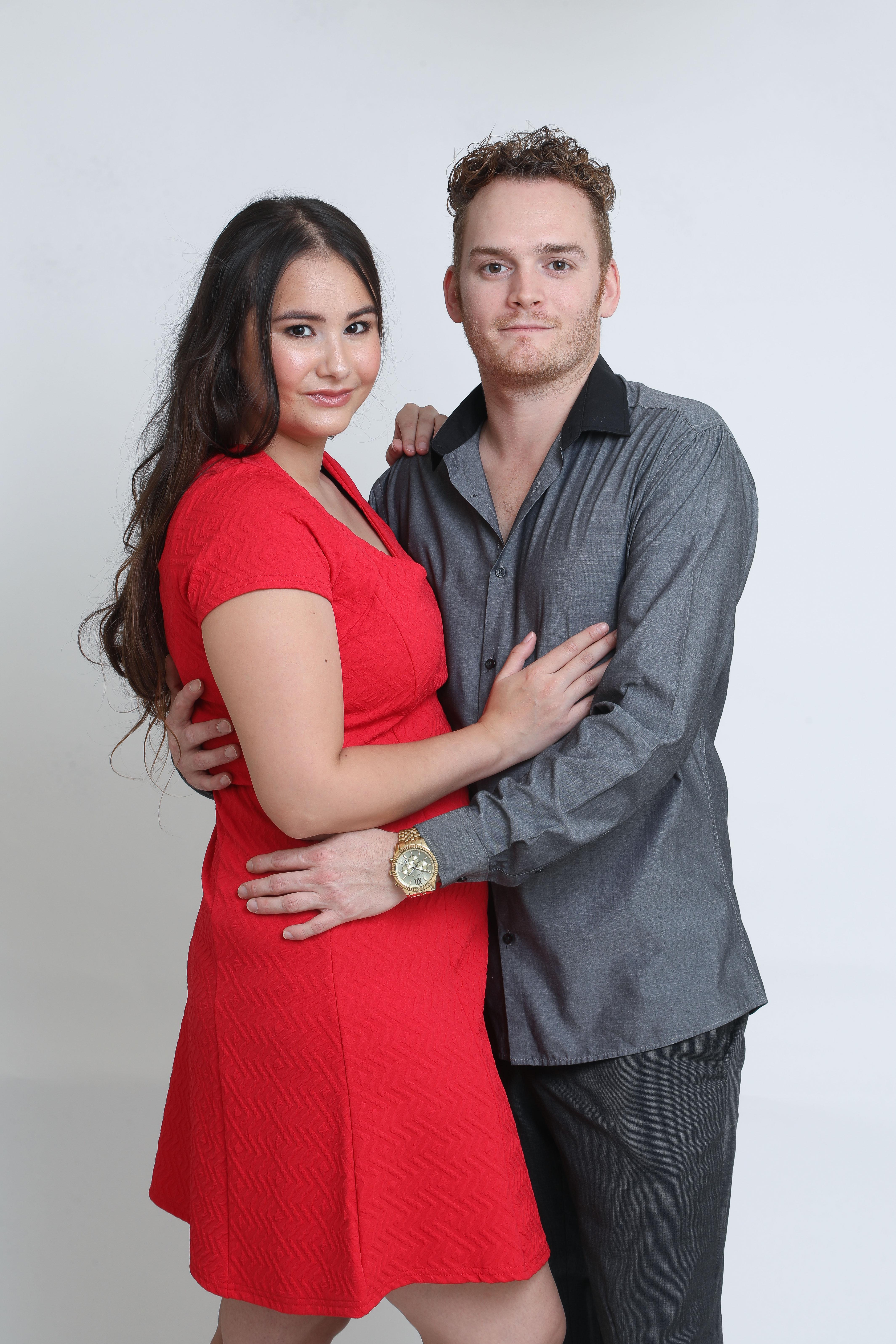 He got me another drink and we danced and cheered as our colleagues made fools of themselves on the dance floor. Soon we were sitting in the corner, heads together, talking about our lives.

As the bar called last orders he asked if I’d like to go back to his and I didn’t hesitate. Having worked together in a hectic kitchen, we already knew each other so well. I didn’t stop to think: “This is my boss!”

Then, when we walked through his front door, came the moment we all dread . . . I grabbed my mouth and ran to the loo to throw up! We laugh about it now, but how embarrassing.

James was an absolute gentleman. He got me a cab home and made sure I was OK. We started dating immediately. Everyone in the kitchen knew we’d left the party together and were seeing each other – everyone was thrilled. 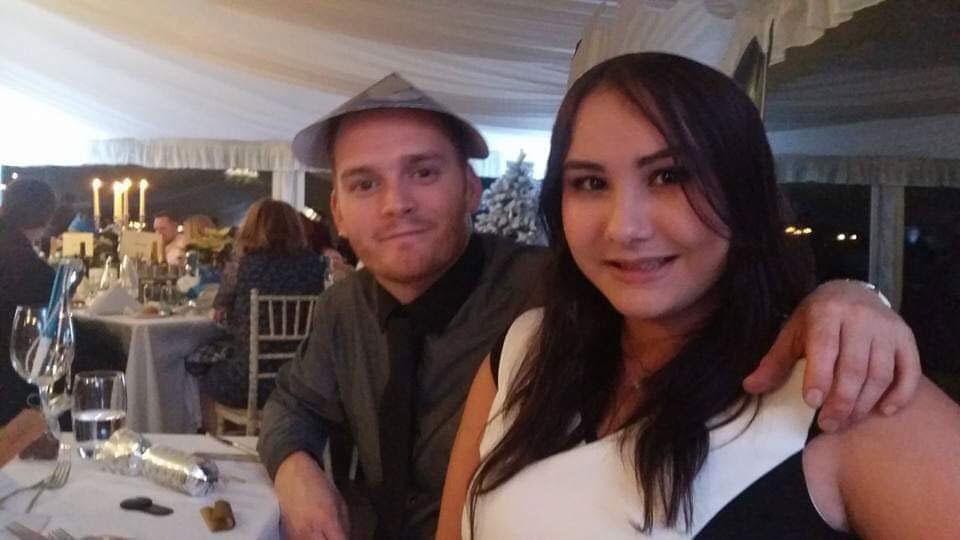 We were still the same professional Jasmine and chef James in the restaurant and, when we had free time, we were a couple.

Within three months we had moved in together. Alfie came along in January 2015 and then James and I set up our own catering business. This year in August we welcomed baby Theodore.

Each year we like to celebrate how a Christmas party brought us together. I tell people that if you can survive 12-hour shifts in a kitchen grilling and chopping together, being a couple is easy.

We occasionally argue over who gets to do the cooking now but Christmas is our extra-special time of year. 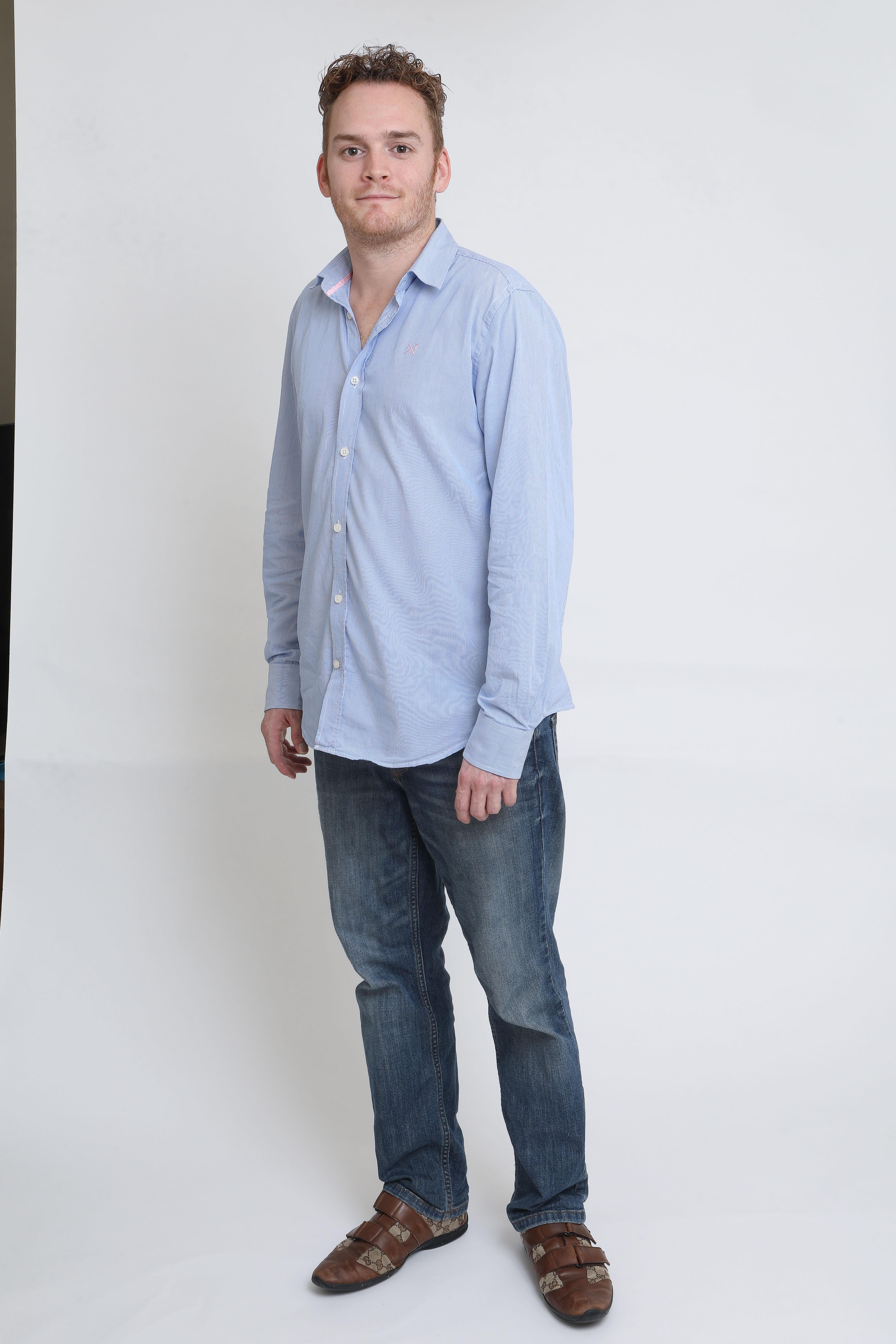 James says: “I liked Jasmine from the start. I am glad she made the first move at that party because, as her boss, I was reluctant to even flirt a little because it would have been inappropriate.

“When it was clear we liked each other I felt more confident. She’s an amazing mum and partner. I think deep down we knew we would make a great couple.” 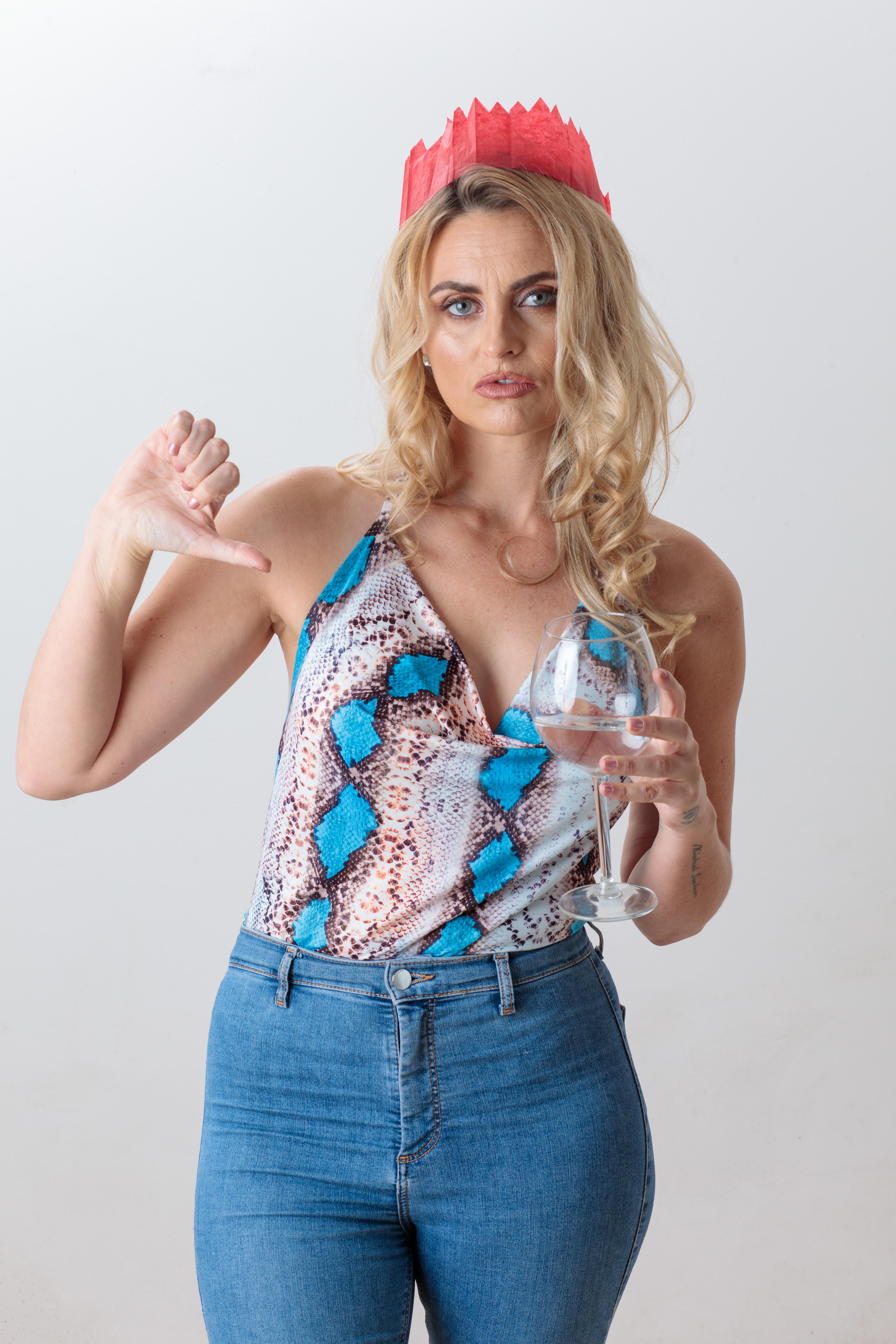 MUM-of-three Carla Bellucci, 36, from Boreham in Essex, had a cheeky snog at her work Christmas party – and ended up quitting her job because of it. The admin worker says:

"I used to love a workplace Christmas party. It’s always fun to see your colleagues let their hair down.  In 2014 I was working a number of part-time jobs. As a mum, it was crucial I had flexible hours for school and sporting events.

I had an office job with a fashion accessory firm, working 12 hours a week. Everyone there was really nice. Rob* was a line manager in sales, divorced with a teenage son. He travelled a lot but when he was in the office we hit it off. He wasn’t my boss but he was senior to me.

The Christmas party was in a West London bar. It was a long time since I had dated or even allowed myself a fling. Everyone was dancing, drinking and flirting. Most people brought their husbands and wives. Rob and I arrived without a partner and so gravitated towards each other. 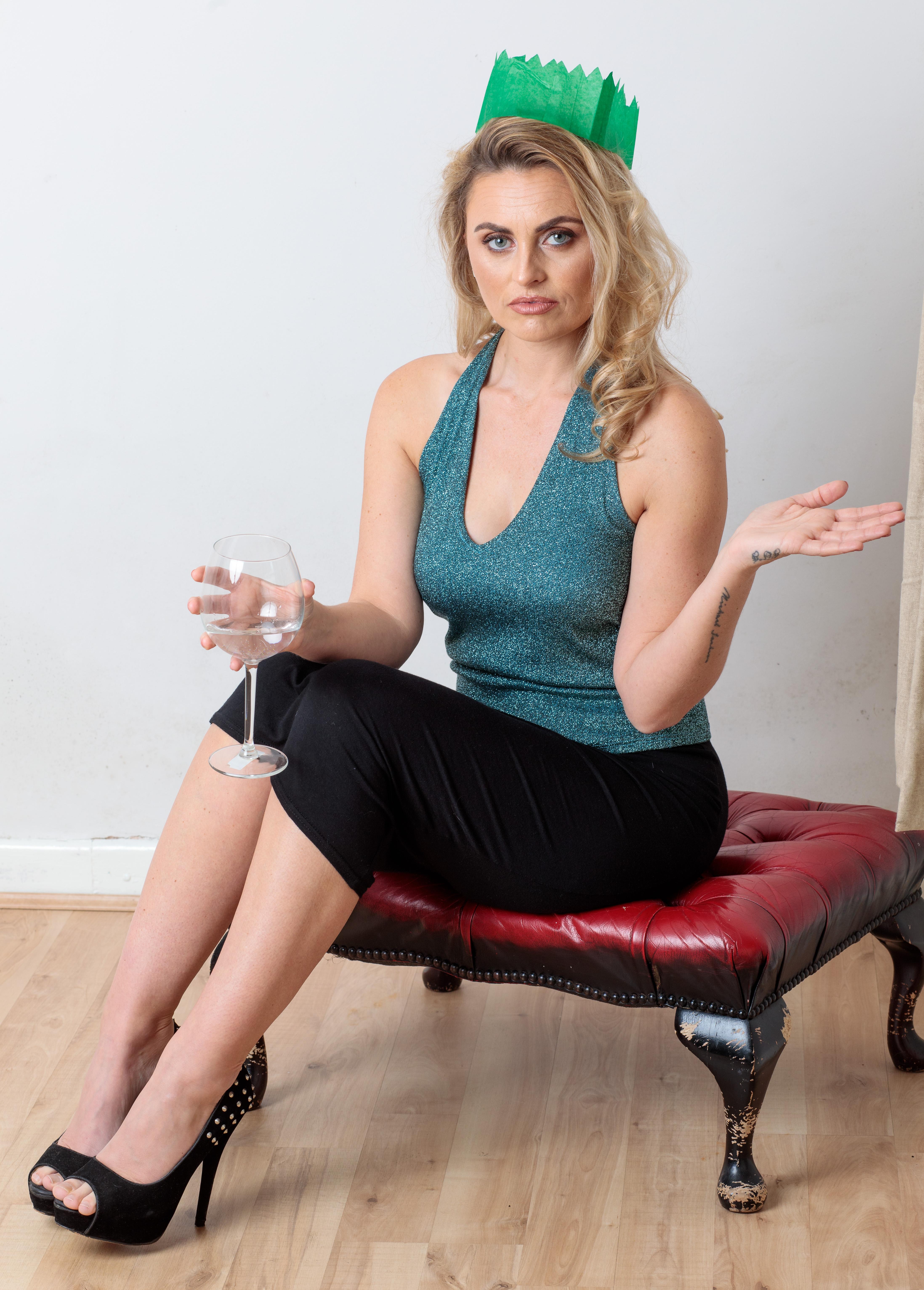 Soon we were on our fourth glass of champagne and egged on by work colleagues to hit the dance floor. We both took the chance to show off our best John Travolta-style moves. Then as the music changed later in the night we found ourselves slow dancing and enjoying a snog.

By the time exhausted waiters asked us to leave we were both well and truly tipsy. I didn’t go back to his, even though he asked me, because of my kids. Rob asked me out the next day and soon we were working by day and dating by night. I introduced him to the kids and we had a great time.

What I didn’t expect was how things changed for me at work.  While he told me all the blokes thought he was a star for dating the good-looking part-timer, I noticed the other girls were giving me a hard time.

At first I thought I was imagining things – then I started getting 5am shifts, though everyone knew I had three kids. The week after New Year, I checked the rota and my hours were cut from 12 to eight without asking me. 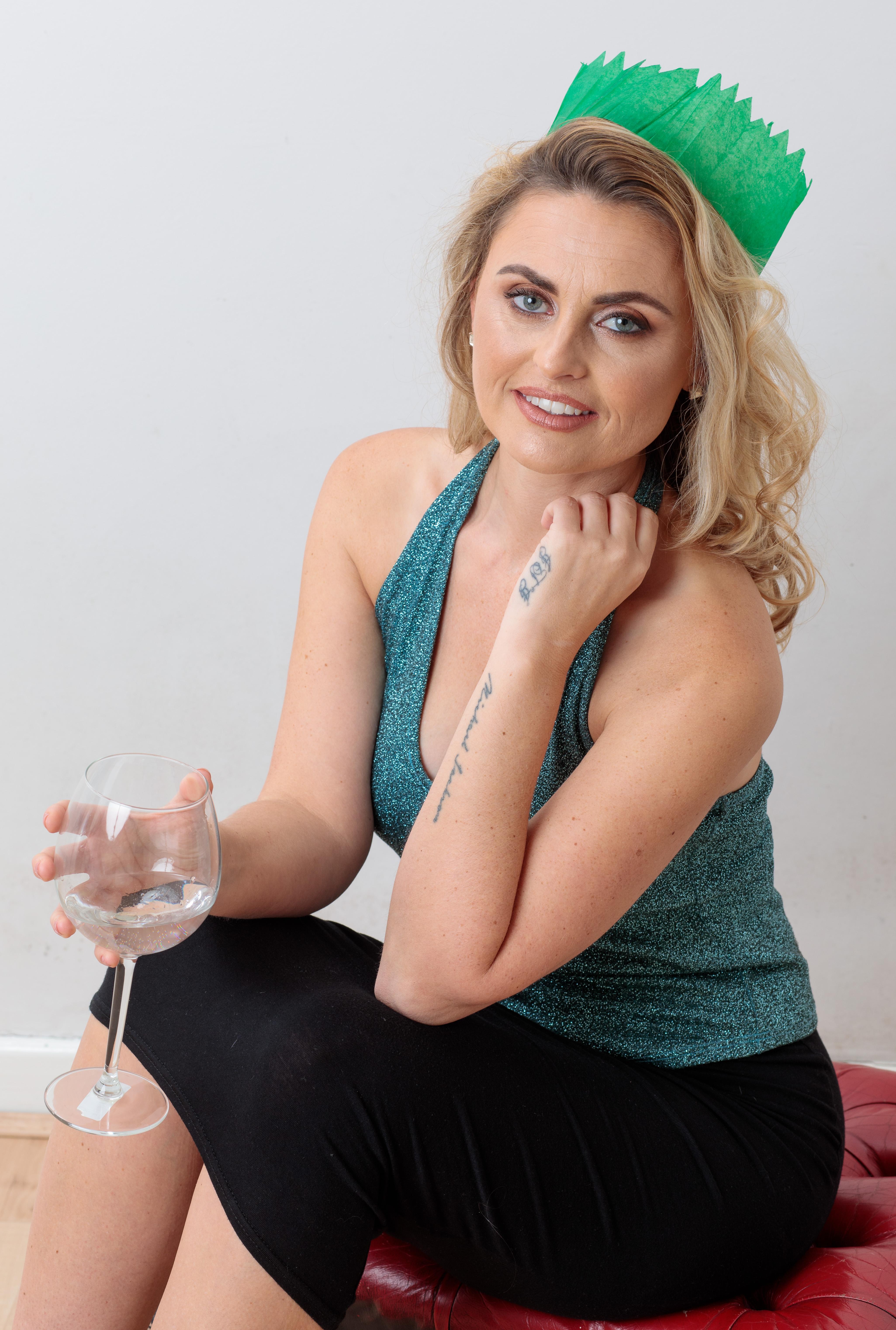 The same week I was on garbage duty, asked to clean out the staffroom fridge and given the most boring filing jobs. It felt like I was being punished for having a good time at the party and dating Rob. At work we were professional, but the attitude towards me changed. He seemed to be applauded. I was looked down upon. One of the girls finally told me I was being called a slag for “hitting” on Rob.

I was outraged. I hadn’t hit on him, it was mutual and we had told senior management we were dating. By February, my hours were down to six a week. Rob suggested I look for other work because his career was important and I could get work anywhere.

We lasted until the end of February. I dumped him because I realised he considered me a liability. I found a new part-time job, but have vowed to never have a Christmas party romance again.

It ruined my chances in a company I thought wanted to nurture me. My advice is keep it professional at the Christmas party, because usually someone always gets hurt.'

*Rob’s name has been changed