A savvy couple has renovated an ex-British Gas van into a quirky home for £5000.

Laura Evans, and Ed Knight, both 27, set themselves a challenge of making a Caddy Maxi van into a liveable space. 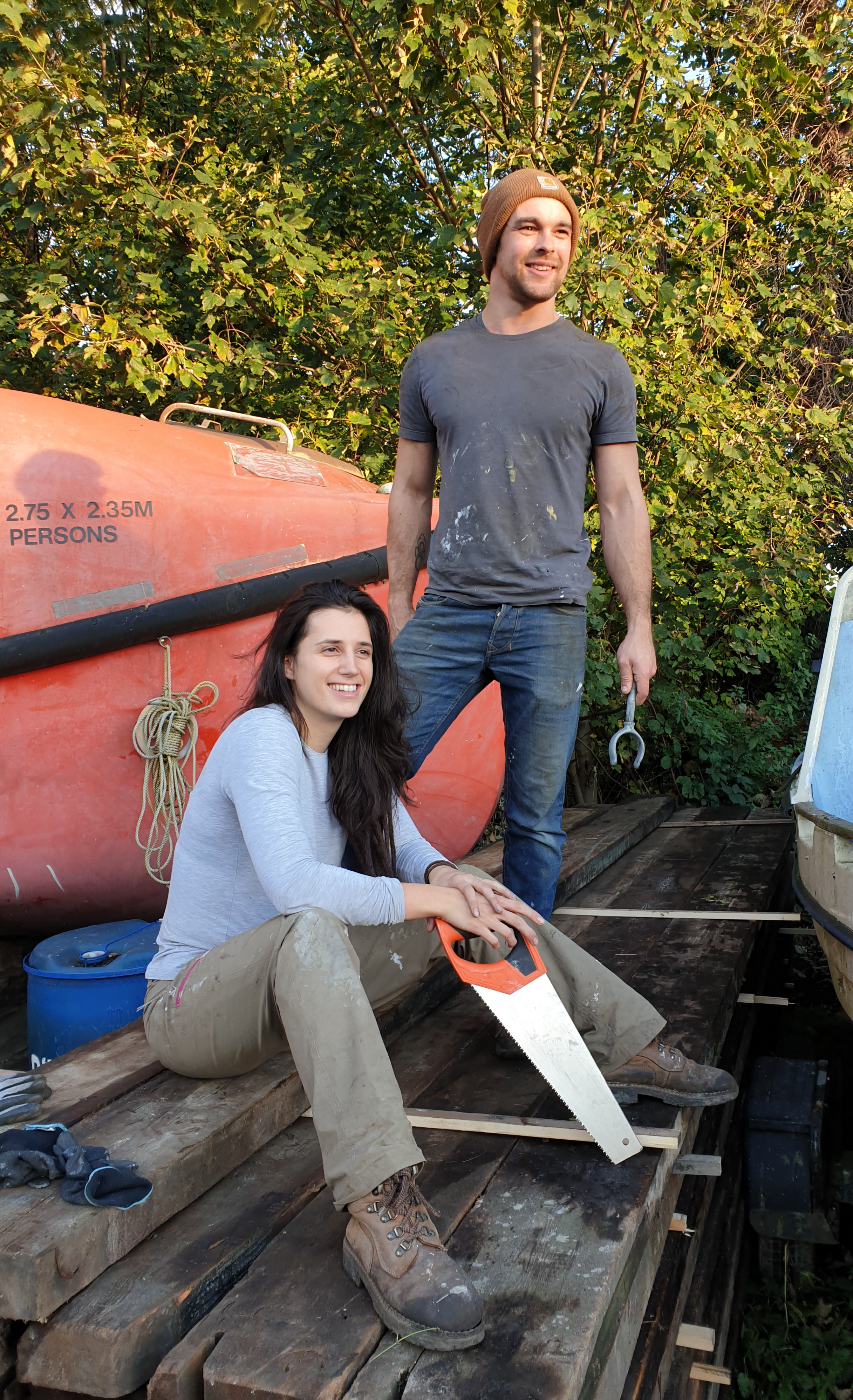 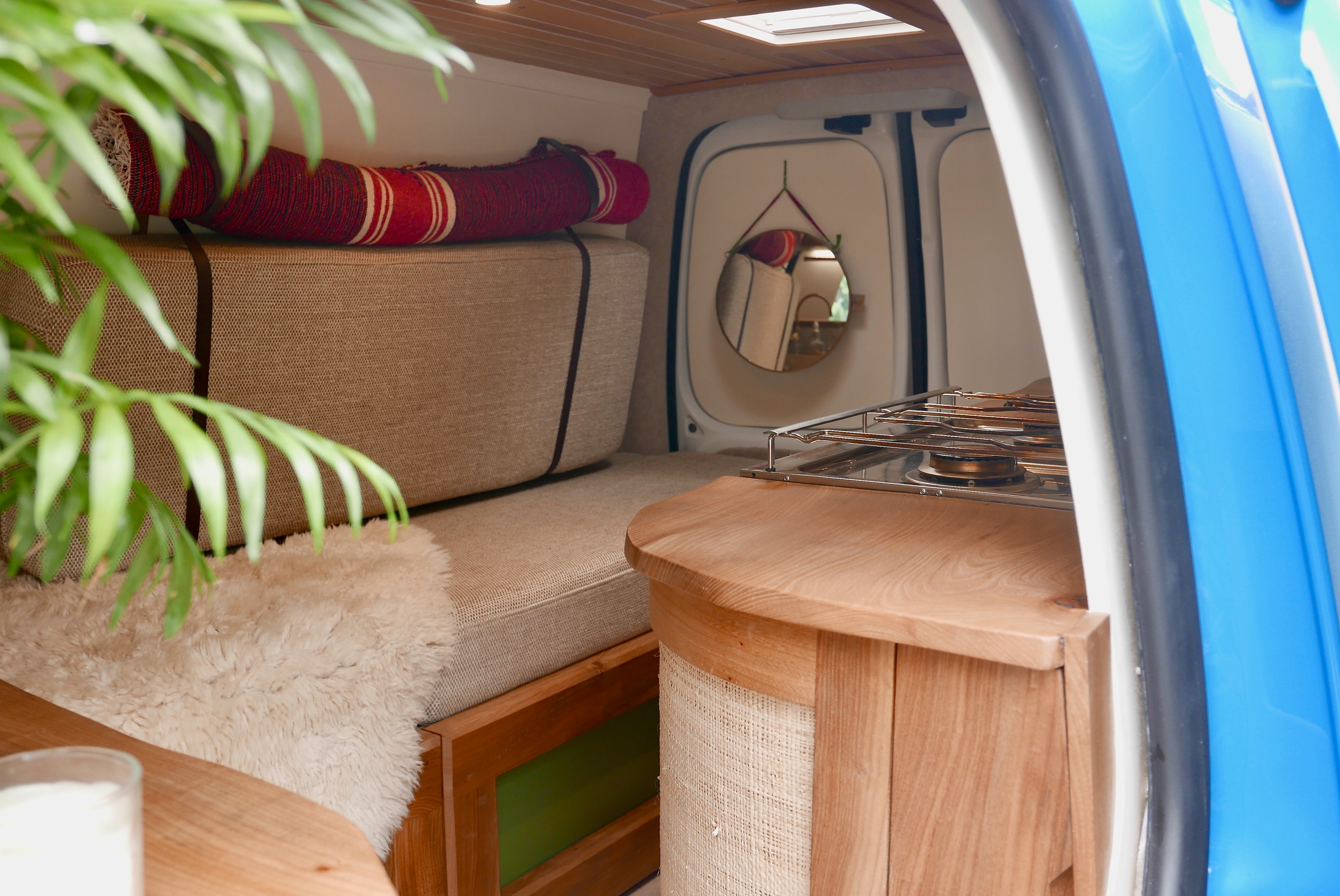 The couple from Kingston-upon-Thames London, deliberately purchased a small van to show others that home on wheels doesn’t always have to be big.

The ‘adventure van’ was once used for workers of an energy and home services provider but now it is kitted out with a kitchen and bed.

They used repurposed materials such as wood and even made a skyline roof by inserting a square window.

Laura, who is a shop assistant, said: “It took four months for us to rip everything out, insulate and convert it into a mini camper.

“We wanted to challenge ourselves and be creative as the pandemic put a halt on our international travel plans. 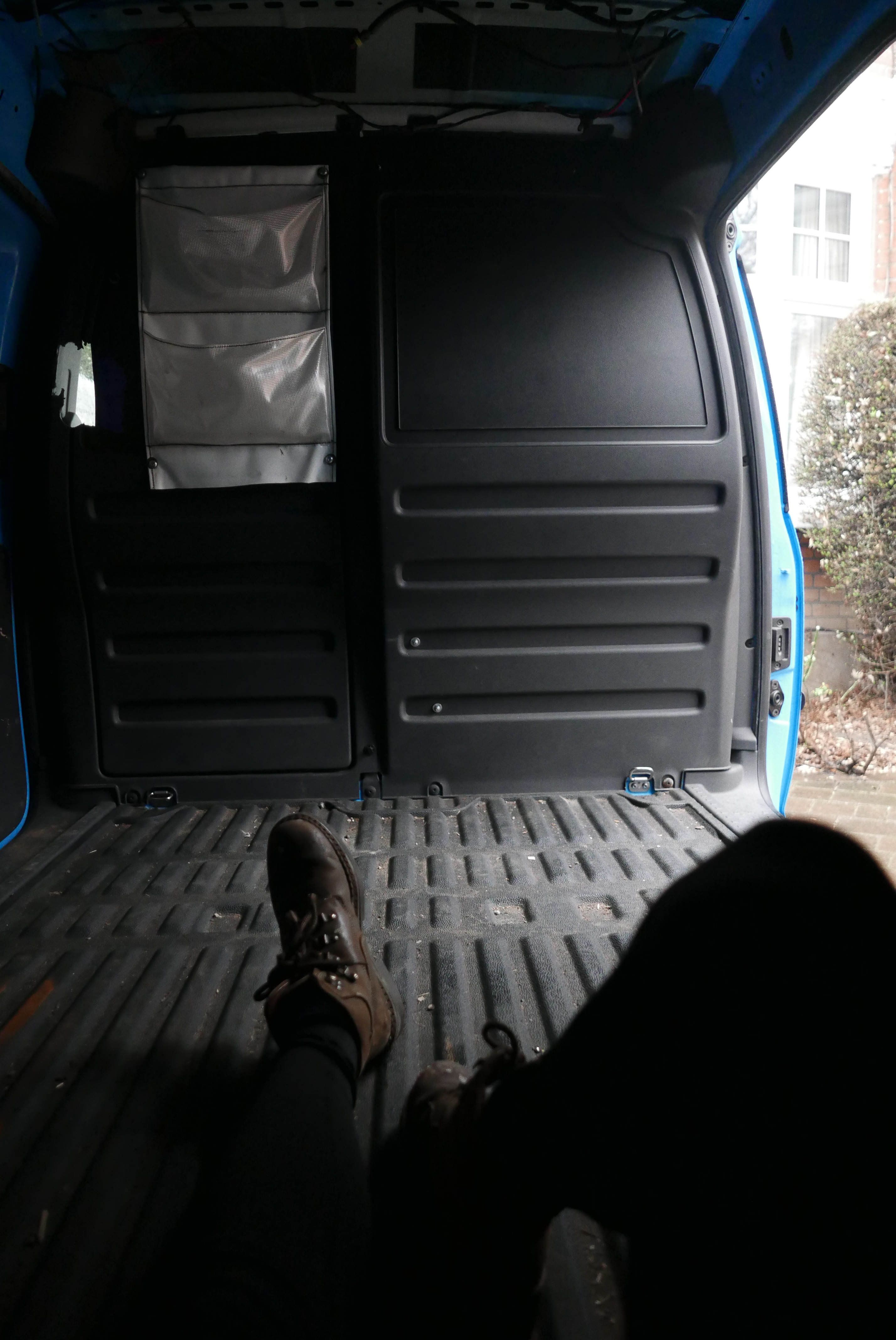 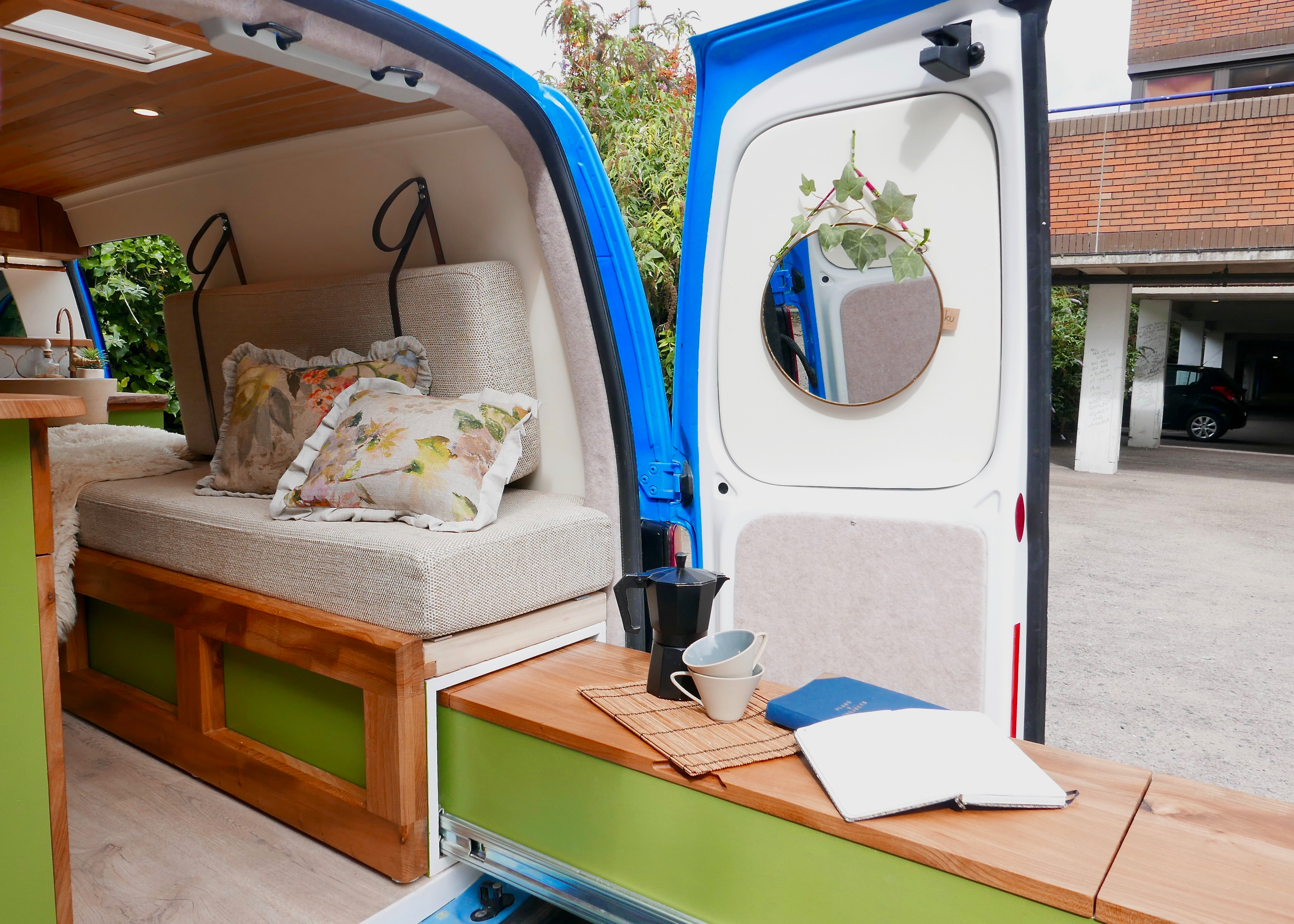 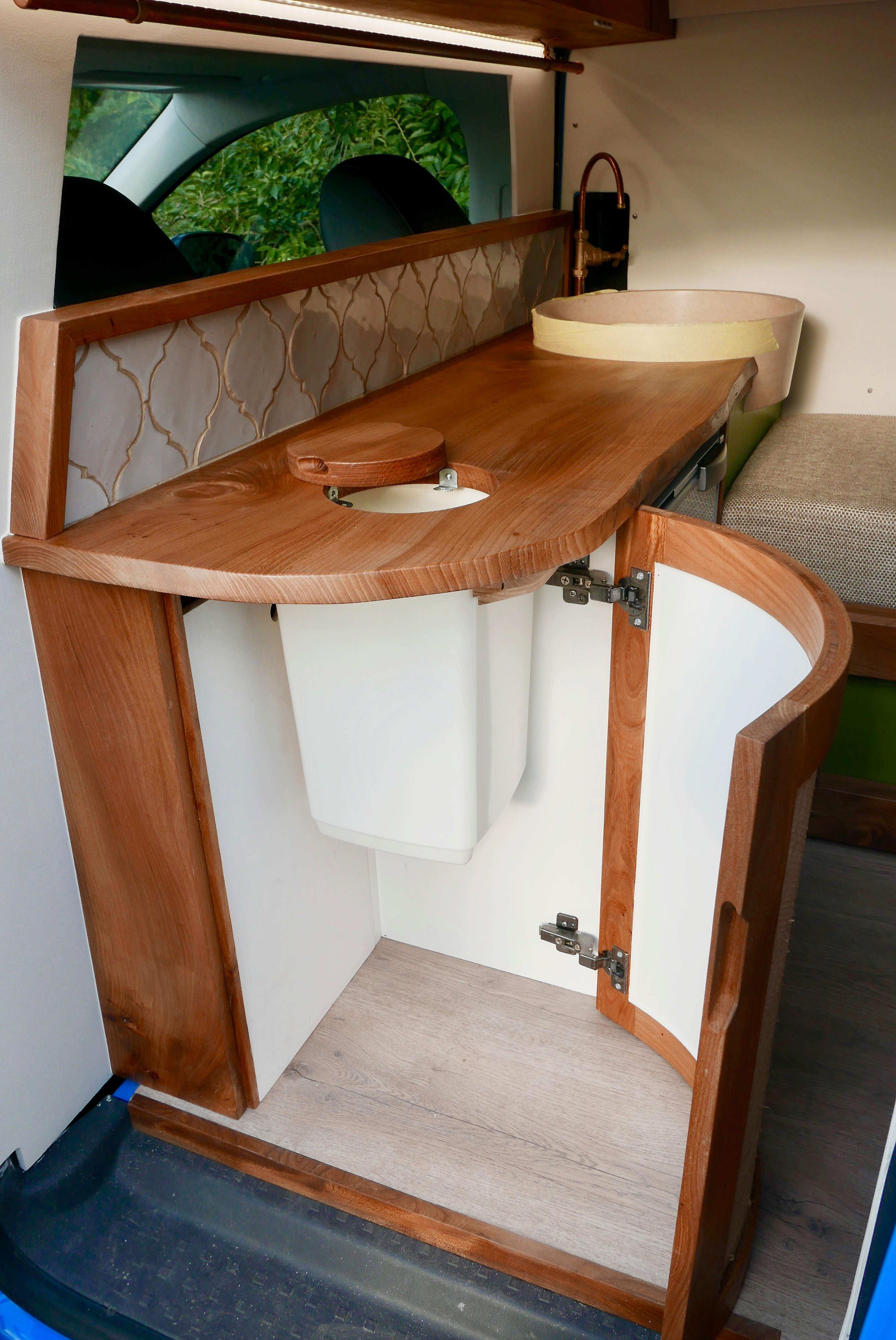 “And it cost £5,000 on the mechanical work and materials such as reclaimed wood for the panels, the bed frame and small cupboards.

“We tried to cut costs as much as we can by purchasing stuff from Facebook marketplace such as Moroccan tiles for the kitchen.

“But we bought the oven brand new to ensure it worked.”

All appliances such as the oven with a hob, fridge with freezer, tap with an electric pump, LED lighting, 60l fresh water and full solar system including a leisure battery were brand new.

The stone sink was purchased from Facebook marketplace and was too big.

Laura adds: "The solution was to 'sink' our basin into the unit and let the countertop form around.

"We love this finish and we believe it looks better than if we had just simply placed it on top.

"Just like the kitchen doors, we used Scottish Elm for our countertops but kept the live edges and Eddy cleverly used a jigsaw to cut a waney edge to follow the curvy doors at the end of each unit.

"Eddy made solid Elm shaker doors in the kitchen with close weave Rattan panels which is a natural cane woven material.

"It is a biodegradable material which looks amazing."

From the outside, the blue vehicle looks like any other Volkswagen van but inside it is a shabby chic space.

With a wooden ceiling and laminate flooring, the van boasts enough room for two people but one cannot stand due to the low ceiling.

Ed said: “This is an adventure van – used for sleeping and eating.

"It's perfect for curling up in bed and watching a movie but it is built as an adventure van so not one for spending days inside.

“We loved seeing people’s reaction when we have opened the door in a public place.

“They always had to double-take – especially if they see us with a meal as you would never think there is a working kitchen in it.

“We wanted to show others that you don’t need a massive van to make a home.

“We still have our home comforts such as fluffy pillows and a comfy mattress but you can’t stand up.”

Ed, who is a joiner, insulated the van and did most of the handy work whilst Laura focused on bargain hunting and interior.

The couple spent eight hours per day over eight weeks transforming the van into a living space.

They went on to travel around Cornwall and Isle of Skye, Scotland, before selling it.

Ed said: “Laura did the finishing touches too such as most of the painting, oiling and sanding.

"It is much better to buy an ex-service van because it has been looking after and the mileage is good.

“With clever designs, you can do it cheaper – making it better in the long run. 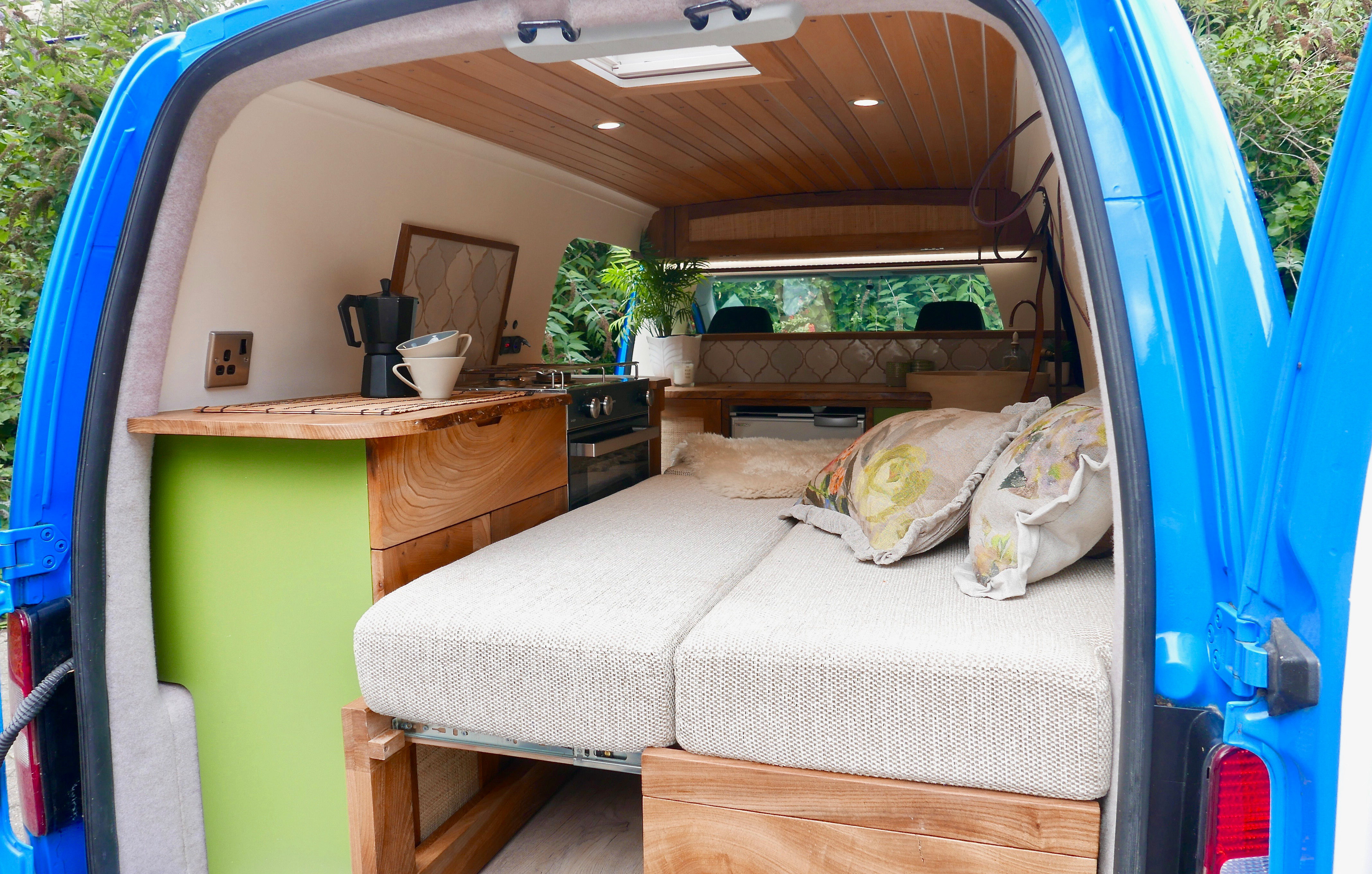 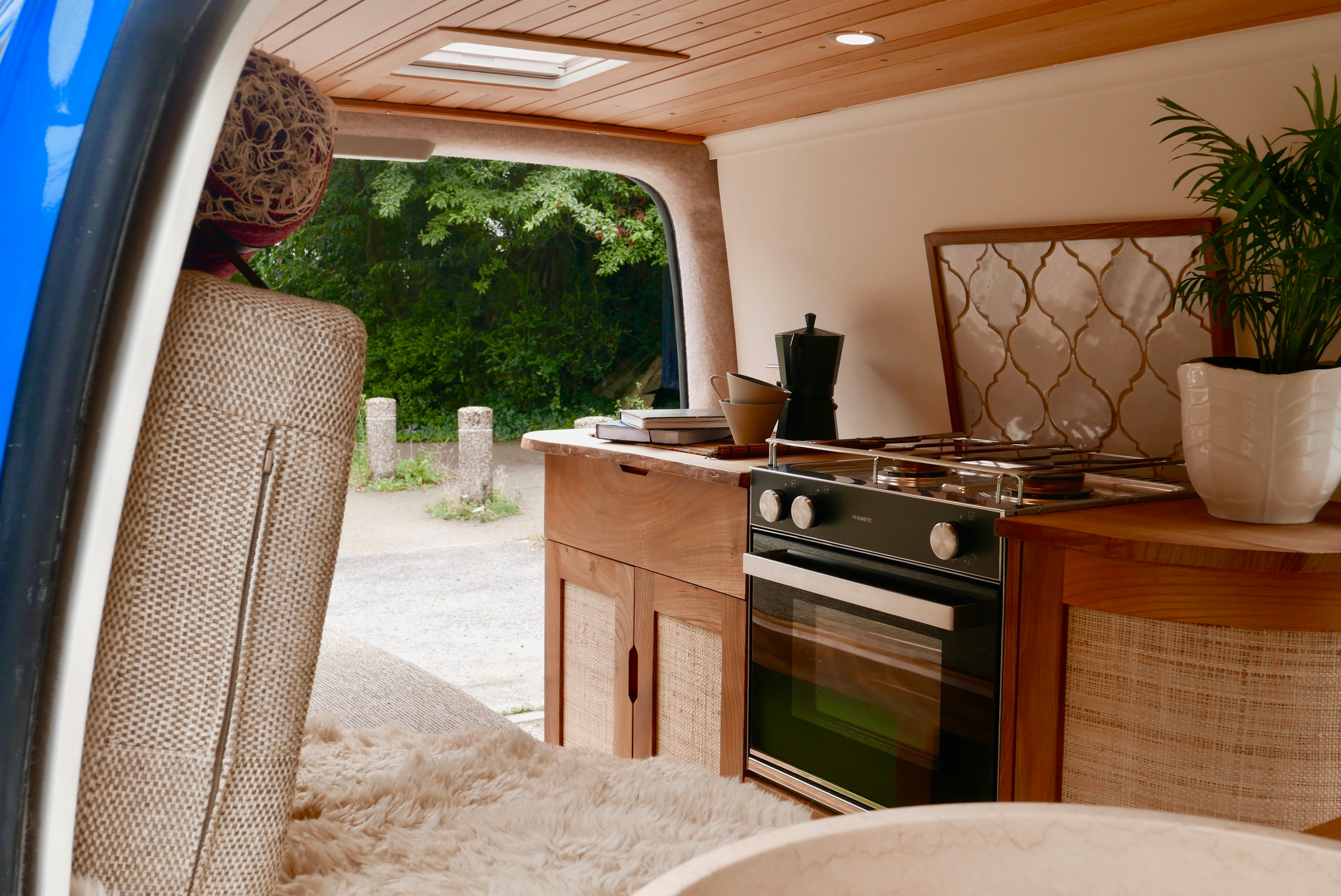 “Laura lost her job in events as a result of the pandemic in December 2020.

“She began working part-time so this gave her something more to focus on.