A MUM-of-two has been slammed as ‘selfish’ after revealing she’s stockpiled enough food to last her and her family until January.

Emma Tarry, 26, appeared on This Morning surrounded by her mountains of groceries, as she revealed her fridge, freezer and cupboards were full of food. 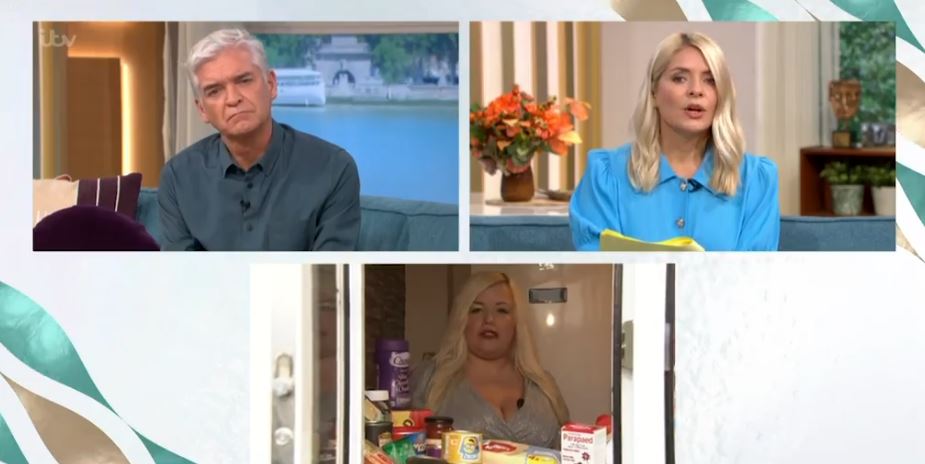 Emma, a mum-of-two from Lancaster, was branded ‘selfish and stupid’ by viewers, as Holly Willoughby and Philip Schofield grilled her over her shopping.

The mum revealed she’s hoarded around 400 tins and 700 nappies, and stocked up on essentials like flour to make bread.

She defended her decision, saying: “I think it's best we go to shops and supermarkets as little as possible.

“I think stockpiling done properly and don’t go too excessive is ok. . . if you prepare months in advance or buy it off Amazon.” 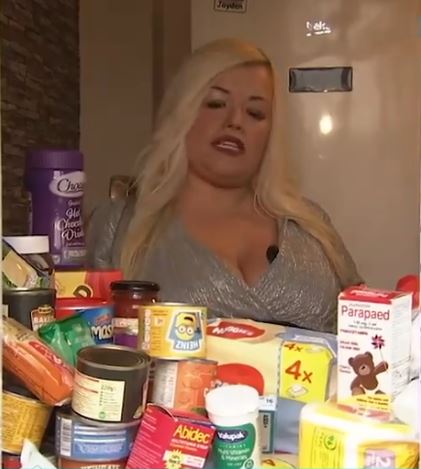 Emma said one of her children has special needs, and she wants the peace of mind knowing she has access to food and medicine.

She said: “If my child needs Calpol…. that way at least I’m organised I just want to make sure myself and my kid is organised.”

And she also pointed out she's been able to help out family and friends with her food stash, and hasn't kept it all for herself.

The mum said she prefers to do a big shop, adding: "My main issue with it all is every time you go to a supermarket at this point, we’re putting our families at risk, so I think it’s best that we go to supermarkets and shops as little as possible. 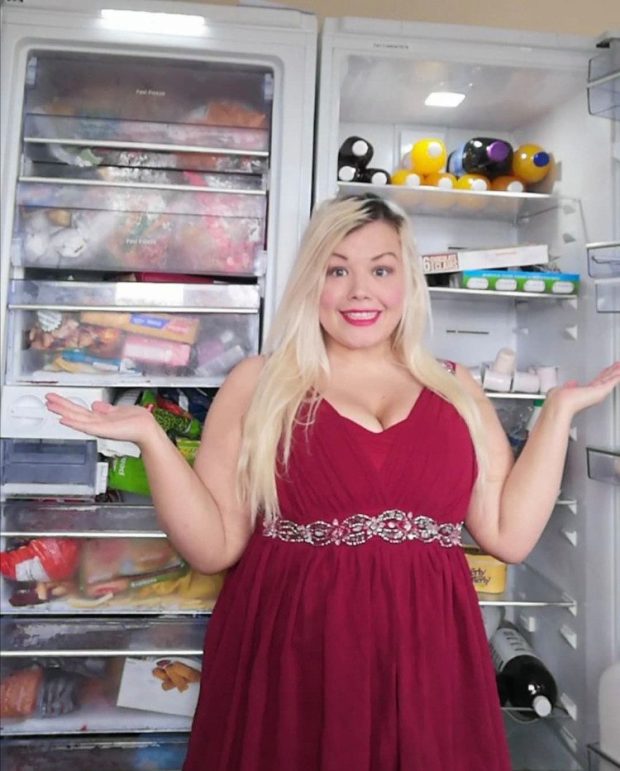 “I do most of mine online so I’m not affecting my local supermarkets."

Emma added she has “a lot of anxiety”,  and reckons rationing could be introduced in the future.

She continued: “The items in the supermarket aren’t sanitised, and that’s potentially a breeding ground for bacteria.

“So I don’t feel comfortable putting my family at risk every time I need a bottle of milk or a loaf of bread or something.

“So I do just limit the amount I have to go out by stockpiling in advance.” 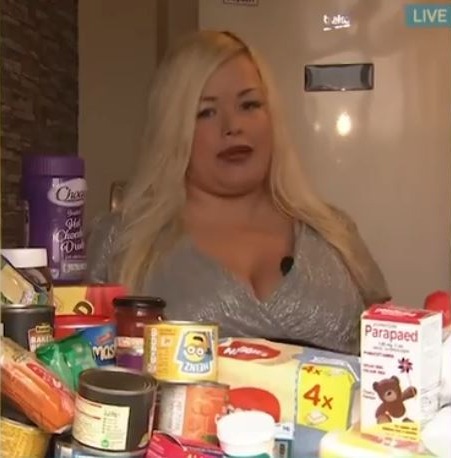 But viewers were outraged by Emma’s overflowing kitchen, claiming stockpilers like her are the reason behind national shortages.

Taking to Twitter, one person wrote: “This makes me so angry, many people can't afford that much shopping let alone hoard it. I hope this woman has given some to the food bank. We all need to get on with life, hiding away in doors & hoarding is not the answer.”

Another tweeted: “That stupid… stockpiling food is all that’s wrong with this greedy selfish world we live in…”

A third wrote: “Not sure why #ThisMorning have got this girl on today. Worried food is going to be rationed, only putting more fear into others and potentially making the panic buying issue worse! 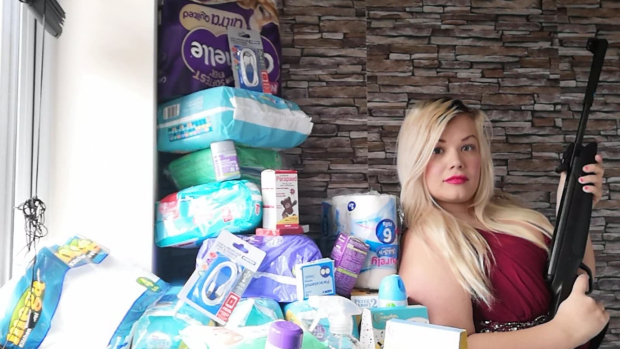 "People should have learnt from the last lockdown and stop being so selfish.”

While this person said: “Absolutely ridiculous. She just can't see that she's part of the problem. Her actions end up having a knock on effect. How many others are behaving the same as her though?

"This is why our local shops have no loo roll again now!” 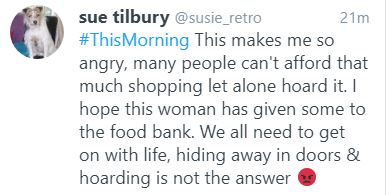 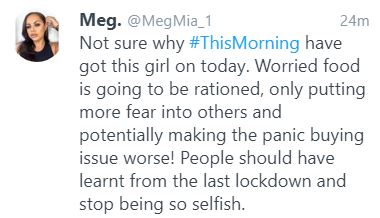 Emma previously revealed she’d bought a BB gun to protect her stash, in case anyone tried to steal her mountains of food.

She said: “I researched how to legally buy a BB gun or air rifle and bought one from a local gun shop.

“I’ve previously had shooting lessons on a local gun range, it’s legal and stored correctly and it gives me peace of mind.

“Three weeks ago I woke up in the middle of the night and heard someone trying to break into my garden shed.

“I stayed upstairs and pointed the BB gun out the window and told the man to ‘eat the dirt’.”

Plus this woman shared her £5k stockpile which she says is lasting her until February.

And this mum shared her haul of dozens of eggs, fruit & sauces which she had to bin.

We previously brought you the story about the stockpilers who are protecting their huge hauls with everything from BB guns to chainsaws.