My therapist believed that if you wanted to manifest something in your life, you needed to focus your energy on that thing. I decided to apply this to my search for love, so I made a list only a 22-year-old could make. I wanted the man of my dreams to be:

3. Fit, kind and funny (but not too funny because that was my job)

4. Social but not too social (I didn’t want to compete for attention)

Later that day I was on my way to the laundromat when I saw Todd. We had acted together in a Westchester Broadway Dinner Theater production of “Grease.” He was Danny Zuko. I was Doody.

He looked even more beautiful than I remembered. Except for being 12 years older and straight, he was exactly what I wanted. He was even two inches taller than I was.

“I just moved into the building next door,” he said.

I tried not to swallow my tongue.

Todd said he’d heard about my father dying and felt terrible about not calling. I knew he had gotten divorced, yet I hadn’t called either.

In trying to comfort him about not comforting me, I actually said, “Oh, it’s O.K.!” about my own dead father. I was really nailing this interaction.

“You want to have dinner and catch up?” he said.

“Yes!” I practically floated to the laundromat. I knew this wasn’t a date, but I was still excited.

We picked a Greek place and ordered gyros and beer. I didn’t drink beer, but beer seemed appropriate for my non-date date with this straight guy. We talked about my father’s funeral, and I really opened up to him. Maybe because it wasn’t a date.

“It’s been a crazy couple of months,” he said. “After my divorce I really had to think about what had gone wrong with my marriage.”

I zoned out for most of Todd’s speech because I was watching his lips move and his pecs jump, but I became laser-focused when he said, “I realized I’m gay. So I wanted to tell you that, Andrew. I’m gay.”

You know those moments when time stands still? Like when you drive off a cliff or see your baby for the first time? (Neither of which I’ve experienced, but you know what I mean.) That’s what this felt like.

Eventually I said something supportive about being honored that he chose to tell me. Then we moved on.

I knew from my own coming out that it didn’t mean you wanted to belabor it, so I followed Todd’s lead, and the rest of the dinner was professional chitchat. We walked to our apartments, hugged awkwardly and then I went inside in a daze of anxiety and lust.

And then I wondered: Did I just blow it? Had we actually been on a date? The only thing to do was go back and ask.

Moments later, facing a shirtless Todd in his doorway, I said, “Were we just on a date?”

I did as told and we proceeded to have the greatest sex I’d ever had in my life. I fell asleep in his arms and woke up that way. It was the first time I had slept through the night since my father died. Todd made me feel safe. And I made him feel safe. He was just out of the closet and here he had a man, albeit a young man, who was mad for him. It must have felt like he was dating a puppy.

That night began what I considered to be my first adult relationship. The intensity of my attraction also created an insecurity and mania in me that nearly destroyed us several times. I was both Sid and Nancy in the way I needed him and hated him for it. It wasn’t healthy, but it was exciting. And what did I know about relationships? All I had heard was they were a lot of work. And we were definitely working.

Shortly after Todd and I started dating, we were both given auditions for the new Broadway production of “Hairspray.” The show already had been cast, but at the last minute they needed a new men’s chorus member.

Although I loved Todd, I was out for blood at that audition. And I killed it. Todd did too, because we both got to the final four. We left in silence, imagining the launch of our new Broadway careers (at the other’s expense).

Two hours later we got our rejection calls. Todd was disappointed, but I was devastated. I was cheesy, white and could Pony my butt off. If I couldn’t land this job, how did I belong in this business?

I didn’t belong in it, apparently.

So I quit. I had been paying my bills with a day job — bland, pseudo-artistic work directing cartoons. Todd and I created a comfortable routine, going to farmer’s markets and flea markets, basically any kind of market, just to pass the time. There were weekend trips upstate and home repair projects.

The first time we broke up, we were on a cruise with another gay couple. We got into an argument because he “made me feel stupid” for ordering Riesling at dinner. This spiraled into a larger conversation about me feeling controlled and Todd feeling that I ignored him when we were out with friends.

The doors to the balcony were open and we could hear mariachis playing covers of pop songs. Our relationship ended during “La Bamba” when Todd shouted, “I don’t want to do this anymore!” just as the final note played.

This was midway through the cruise, with three more ports to go. We barely spoke.

Back home, though, we soon returned to our work and market-going and daily sex. And in this way, years passed.

Until one day, while completing yet another mindless but stressful office task, I thought, “I can’t do this anymore.” I had to give acting one last shot.

I managed to get a few minor jobs. Then one morning I got a call offering a Broadway audition. For “Hairspray,” of all shows. It was the exact role I had auditioned for years earlier.

I couldn’t do it. The pain and disappointment was just too much to bear. That show was my John Waters-shaped white whale, taunting me. But I also couldn’t not do it.

When the time came, I was totally relaxed and did the material exactly as I wanted to. By the time I got back to my building, they had already called, saying I got the job. It was the happiest moment of my life.

Todd was inside, waiting to have dinner. When I told him, his face tightened. “You beat me,” he said.

He then pivoted, hugging and congratulating me, but the damage was done. I hadn’t known we were still competing.

We muddled through the holidays. At a raucous New Year’s Eve party, we kissed tentatively at midnight. “Can we leave?” he said. I wanted to stay, but we went home and lay next to each other in silence.

I wanted him to be happier for me. I fell asleep formulating the conversation we would have about how hurt I was. I knew it could be sorted out.

When I woke up, Todd was gone. On my phone was a voice mail message: “Andrew, I can’t do this. You are clearly on your way to someplace else, someplace without me. I’m happy for you, but that was my dream, too. I don’t think I can watch someone else do it before me. I’m sorry. I love you.” 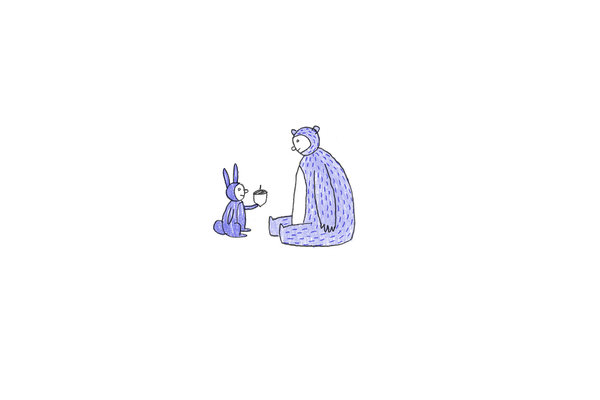 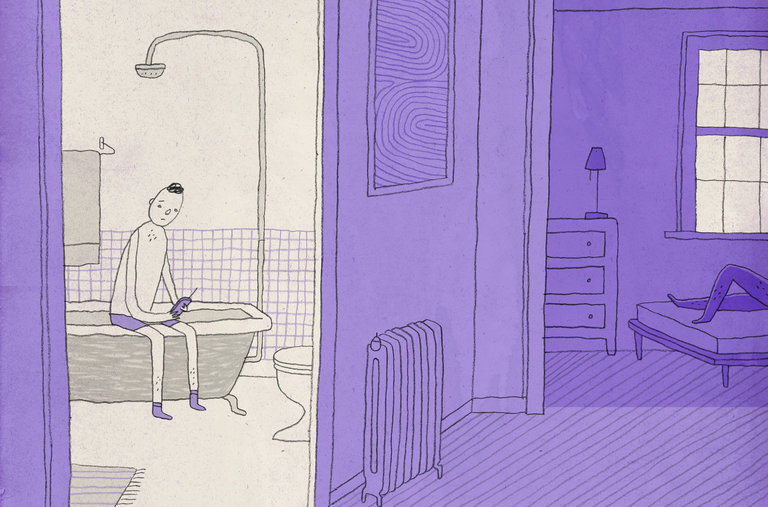 It was dark out. I sat on my couch, confused and lonely. He was the tallest man I ever loved (the first item on my list!), and I’d lost him. But there was also a voice within me, rising — the voice of my practical, stoic, rural ancestors. They may not have known much about Broadway, but they knew the value of hard work and of getting back up after you were dealt a blow.

The voice said: “You left Omaha and the safety of your family and it led you exactly where you wanted to be. You got it, Andrew. And you deserve it. Now find yourself a plot of land and a good woman and start spreading the family seed!”

Andrew Rannells is an actor and writer, appearing most recently in Showtime’s “Black Monday.” This essay is adapted from his book, “Too Much Is Not Enough: A Memoir of Fumbling Toward Adulthood,” out this month.