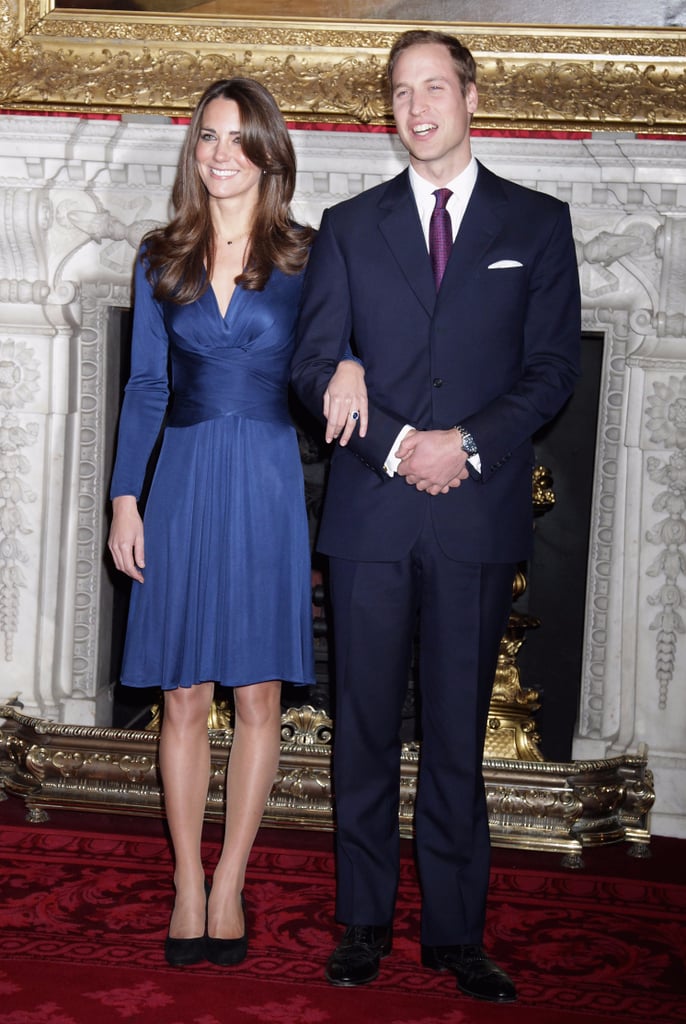 Almost everyone knows that Kate Middleton’s engagement ring used to belong to Prince William’s mother, Princess Diana, but there’s a lesser known story that’s coming to light. It turns out there’s a lot of history behind the gorgeous 12-carat sapphire and diamond ring that’s valued at a staggering $50,000.

Princess Diana and Prince Charles chose the engagement ring from the official royal jeweler, Garrard, back in February 1981. While royal engagement rings were traditionally custom-made, this blue Ceylon sapphire ring was actually just a part of Garrard’s regular retail collection. Another interesting story? It seems like Prince Charles was inspired by a royal heirloom while choosing the ring: a sapphire and diamond brooch that used to belong to Queen Victoria. Back in 1840, Prince Albert had commissioned the jeweler to create the brooch for his bride-to-be, Queen Victoria. It was then passed on to Queen Elizabeth, who’s been known to wear it often.

During an interview with Vogue, Sara Prentice, Garrard’s current creative director, revealed that, “It was said to be a strong influence on Prince Charles when he came to Garrard to purchase a ring for Lady Diana. He actually ended up setting a sapphire cluster ring for her, which was later given by Prince William to the Duchess of Cambridge on their engagement.” After Diana tragically passed away, the ring was initially given to Prince Harry who then gave it to his brother William. Keep reading to have a look at both the engagement ring and the brooch.