WHEN one young woman got a job in a sunbed shop, she thought it would be fun.

But she soon found that working in such a shop was an eye-opening experience – and her stories are enough to put you off using a tanning bed ever again. 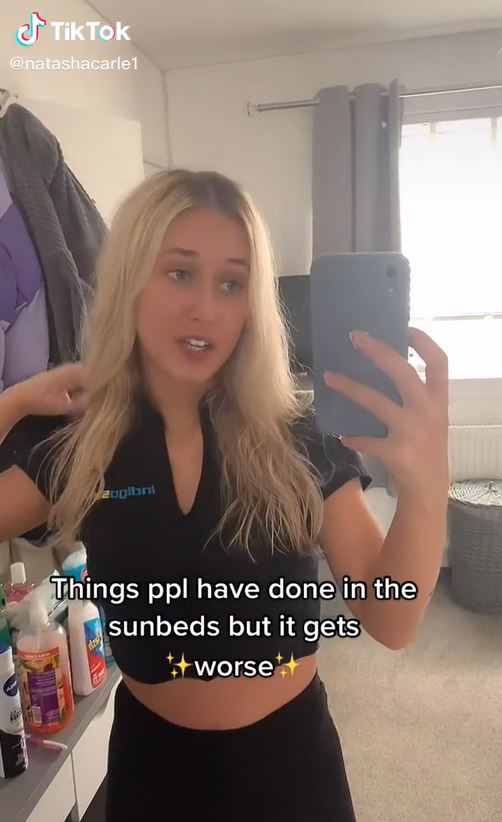 Natasha Carle posted the video to her TikTok account ‘natashacarle1’ and it has left people shocked.

She explained: “Working in the sunbeds ain’t as fun as it seems.

“Things people have done in the sunbeds but it gets worse.”

Firstly, she says that people have “fallen asleep” – pretty standard.

That’s quite gross if you ask us.

But finally, Natasha reveals that people have “peed on the bed, in the bin and in the spray bottles.

“Thank god we check them after someone’s been in!!”

Now that is just grim….

It’s safe to say we might have to think twice before we next step food in a sunbed shop.

Clearly the sunbed worker shocked numerous people with her gross finds as her video has racked up over 353.8k views.

One person said: “Relatable, I don’t even wanna say the worst things I’ve found after people.”

Another added: “I legit didn’t realise how minging people are until I started working in a sunbed shop.”

A third commented: “Ew like how can people do that you’re not even in there for long.” 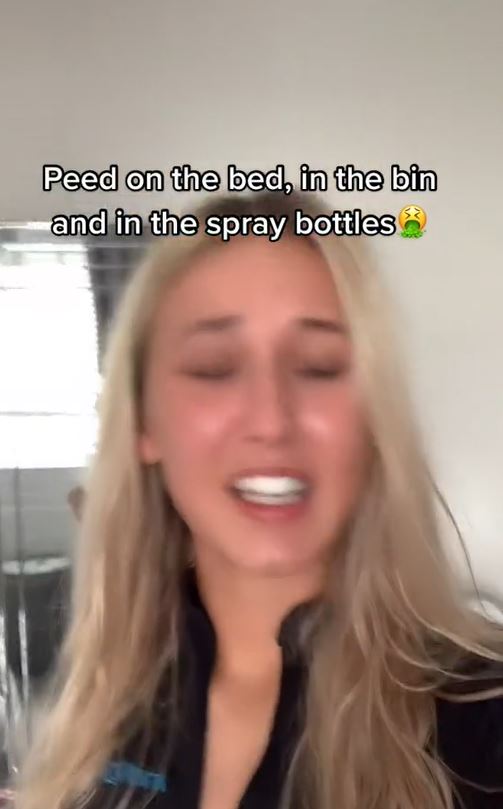 Also, a sunbed obsessed tanning addict hid oozing cancerous lump for years after docs said it was ‘nothing to worry about’.