Of course a lot of men walked the 91st annual Academy Awards Opens a New Window. red carpet at the Dolby Theater in Los Angeles wearing clean classic tuxes like Bradley Cooper Opens a New Window. ’s Tom Ford tux and Trevor Noah’s Salvatore Ferragamo. However, we also saw a lot of men making bold choices from bright colors to uniques styles. This approach is  uncommon for award season’s more formal affair, but we are here for it. After all, the confidence it takes to pull off some of these looks makes them look even sexier.

Matching with his partner in life and hotness Lisa Bonet Opens a New Window. , Jason Momoa Opens a New Window. paid tribute to the late Karl Lagerfeld in a pink Fendi tuxedo. Taking it a step even further, he wore a similar blush-hued scrunchie, giving us a fashion moment we won’t forget for years to come.

Then there were the men who just completely took red carpet fashion to a whole new level. Billy Porter stepped out in a custom-made Christian Siriano ballgown with a tuxedo jacket overtop Opens a New Window. . And Black Panther star Chadwick Boseman Opens a New Window. wore a wide-leg pant with a sequined train and a matching blazer. Just as the women always have, we loved to see all of these hunky men take the opportunity to show off their individual sense of style. 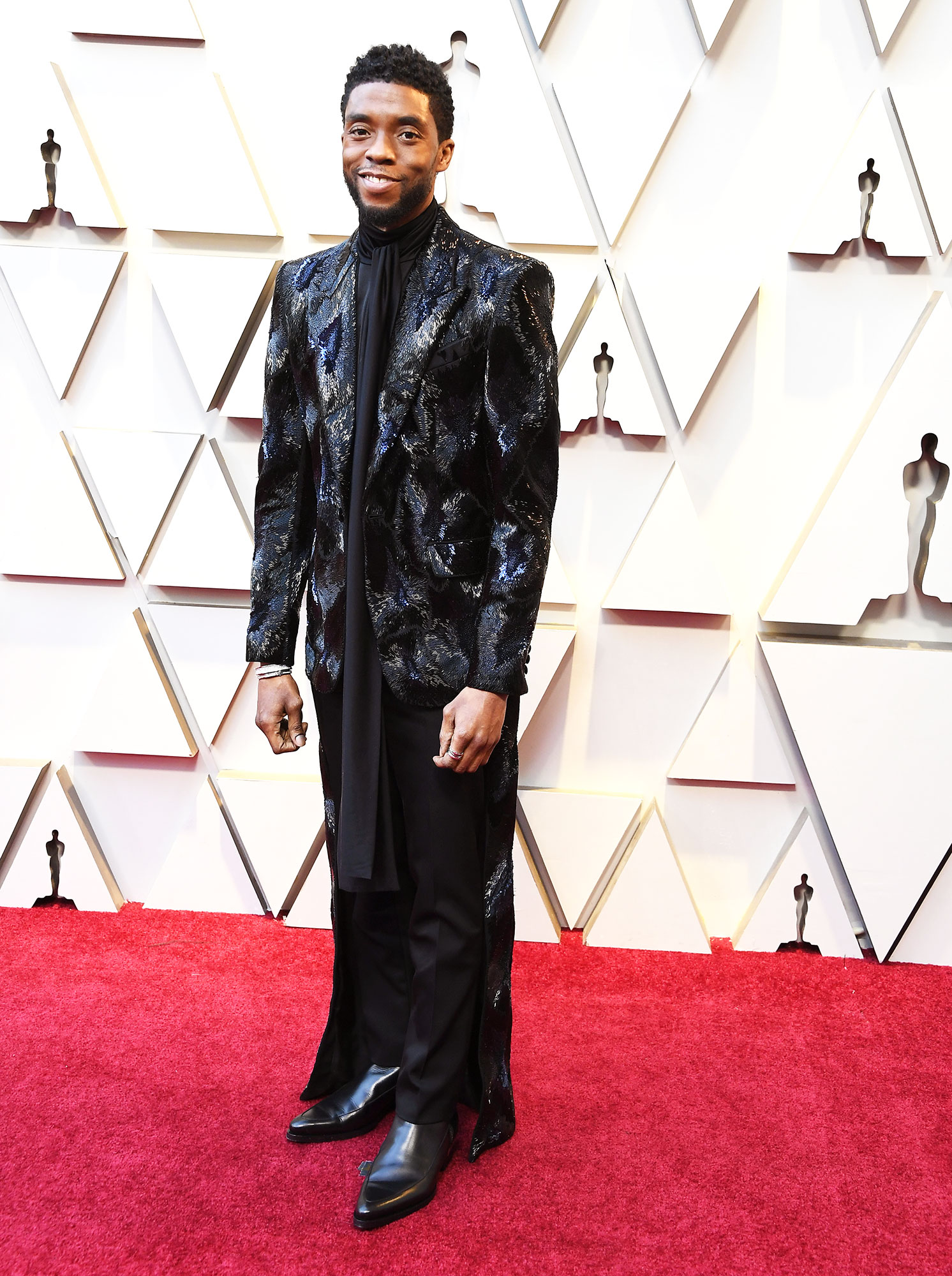 Covered in blue embellishments, the Black Panther star wore suit that included wide-leg pants and a sequined train which he accessorized with a pair of pointy-toed shoes and silk necktie. 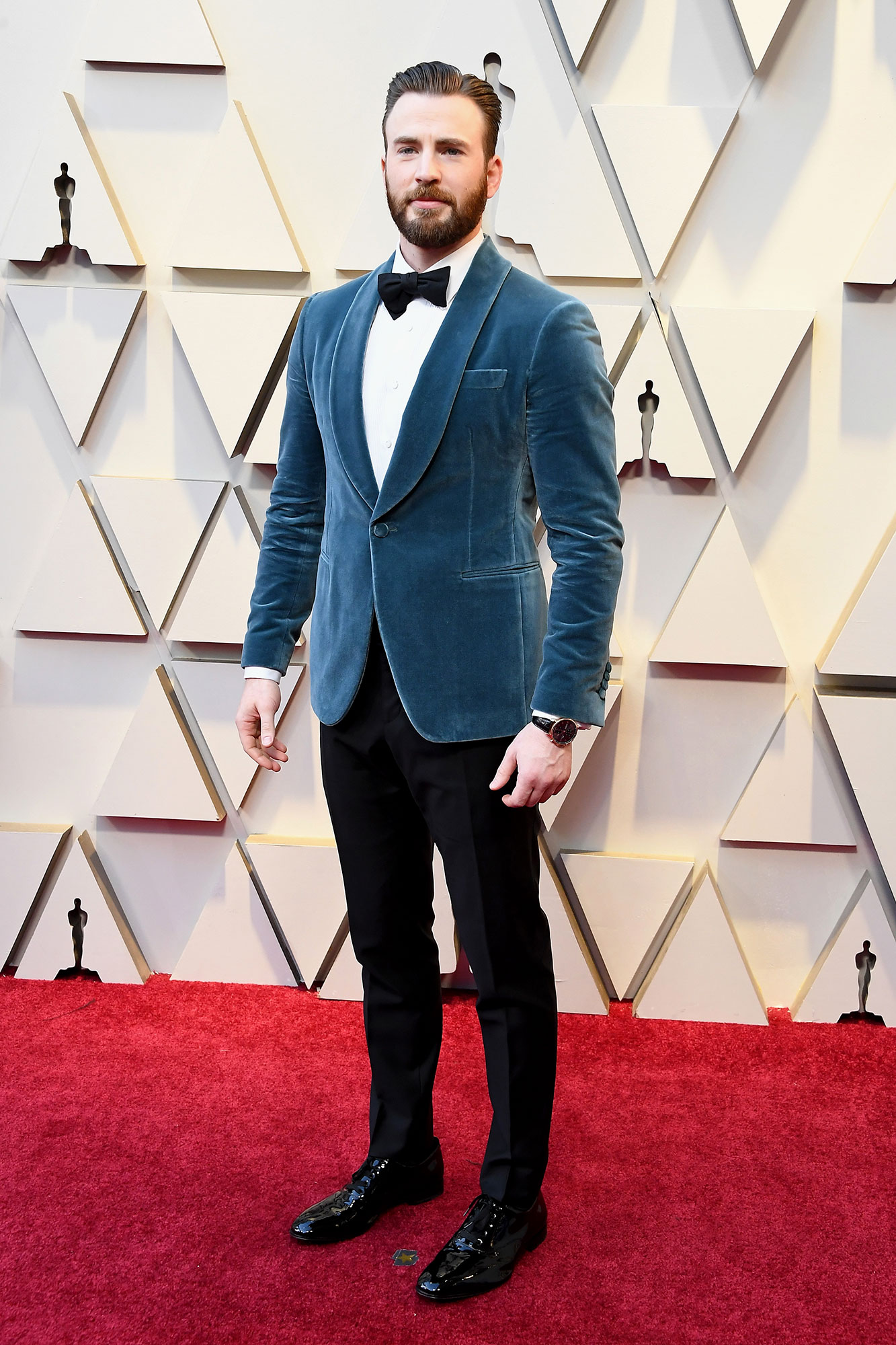 The Captain America actor wore an aqua blue tux that’s velvet texture made it stand out even more. 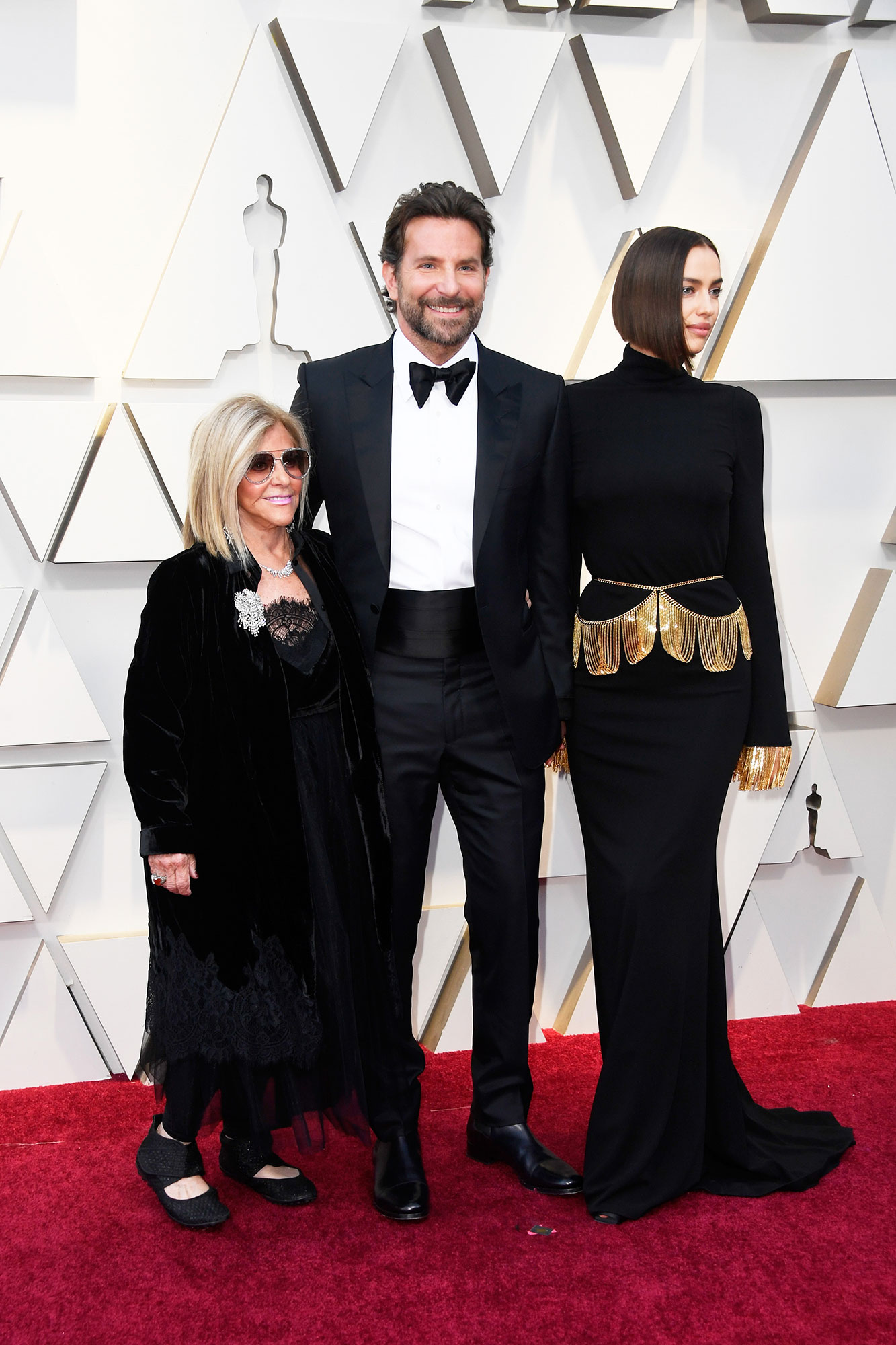 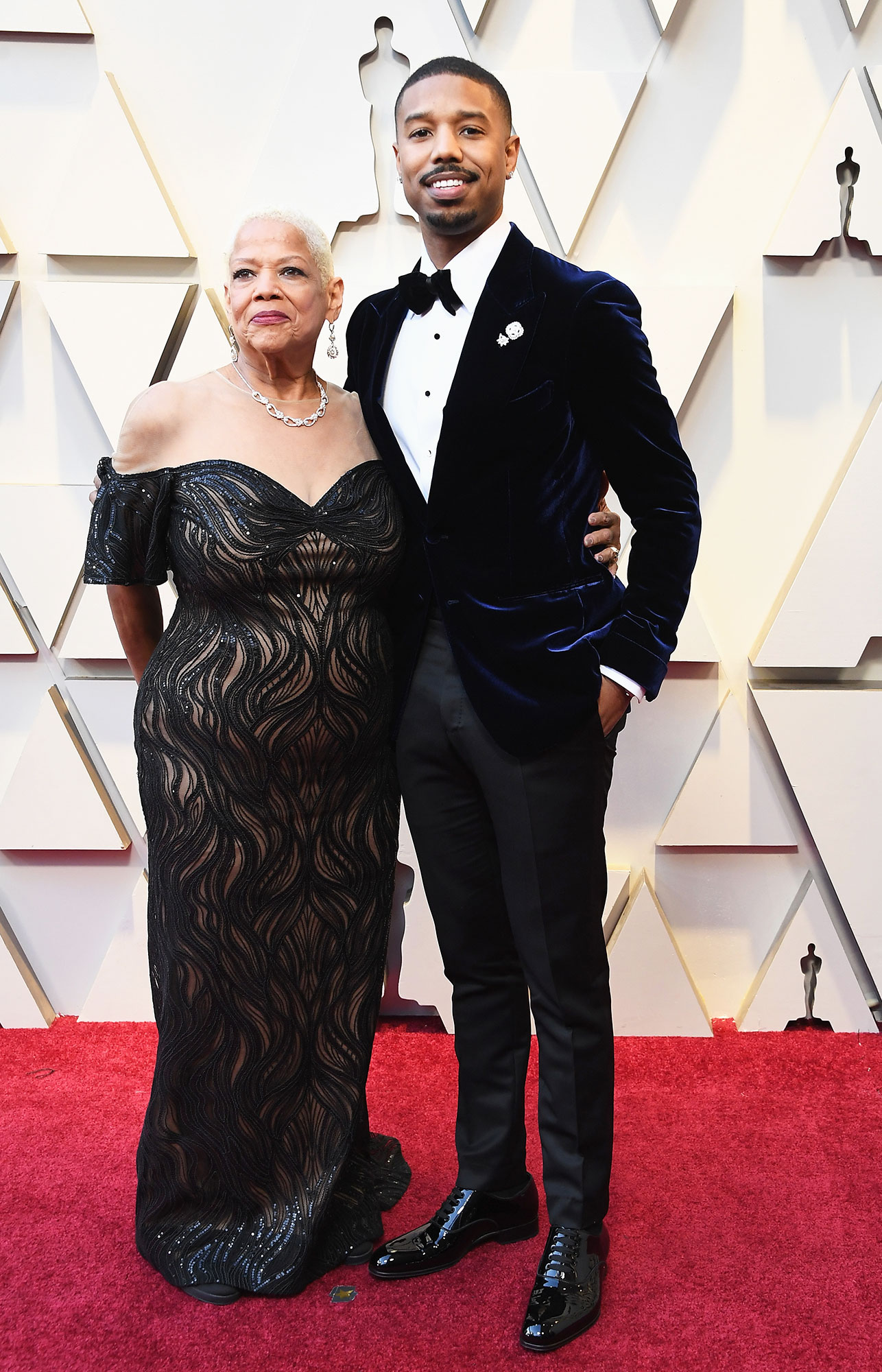 The Black Panther star rocked a velvet navy Tom Ford blazer as he escorted his mom down the red carpet. 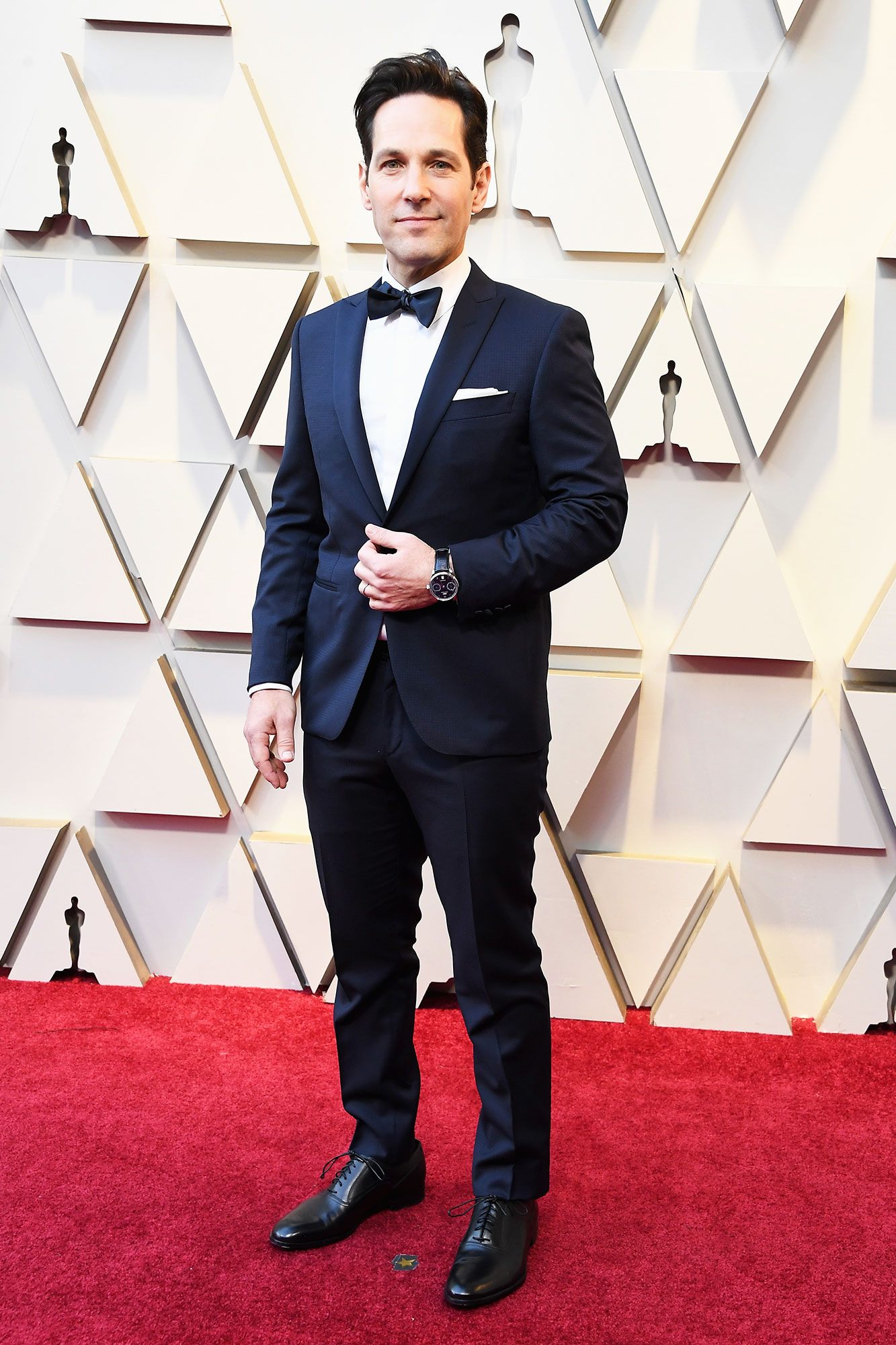 The actor looked dashing in his Canali suit which he accessorized with David Yurman cufflinks and an IWC watch.