SHANGHAI — After a season that experimented with going fully digital in March and was met with mixed results, Shanghai Fashion Week sprang back to the physical world for spring 2021.

Still mainly a domestic affair, the lack of overseas participants was felt but not nearly as much as with the big four fashion weeks in New York, London, Milan and Paris.

Business overall seemed basically back to pre-COVID-19 levels, according to Shanghai Fashion Week organizers, based on the feedback from several brands, aligning with national figures released on Monday that showed retail sales were up 3.3 percent year-over-year. Some brands were even reporting they were back to growth compared to a year ago.

Sustainability was a strong thread throughout the agenda. The three-day Shan Future Forum by Shaway Yeh brought together a range of industry speakers including Kering and The Woolmark Company to speak on the issue, exploring diverse topics like microbial fabrics, traditional Indian techniques, and a primer on B-Corps. The Harrods Studio similarly organized eco-conscious panels and the week also played host to the Green Carpet Fashion Awards.

This season saw a fair number of foreign-trained talents relocate back to their native China. Names like Caroline Hu, Susan Fang, Shie Lyu, and Wanbing Huang, who usually spend at least half or if not all of their time overseas, created some of the most interesting collections this season.

Here, a round-up of the designer highlights from Shanghai Fashion Week. 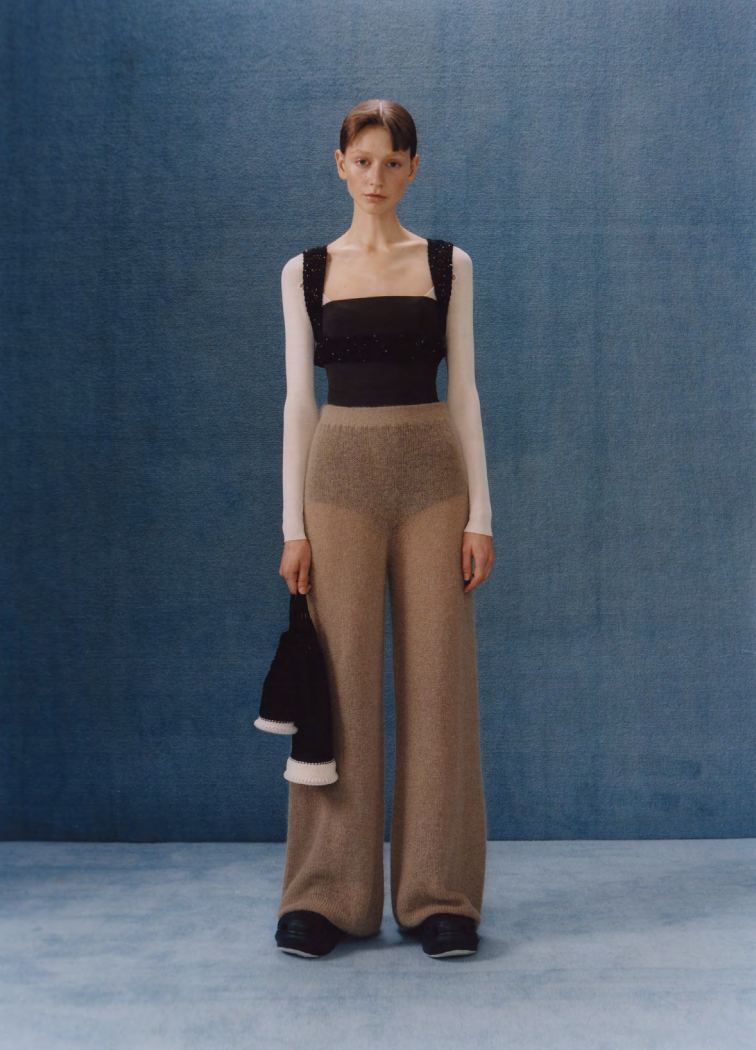 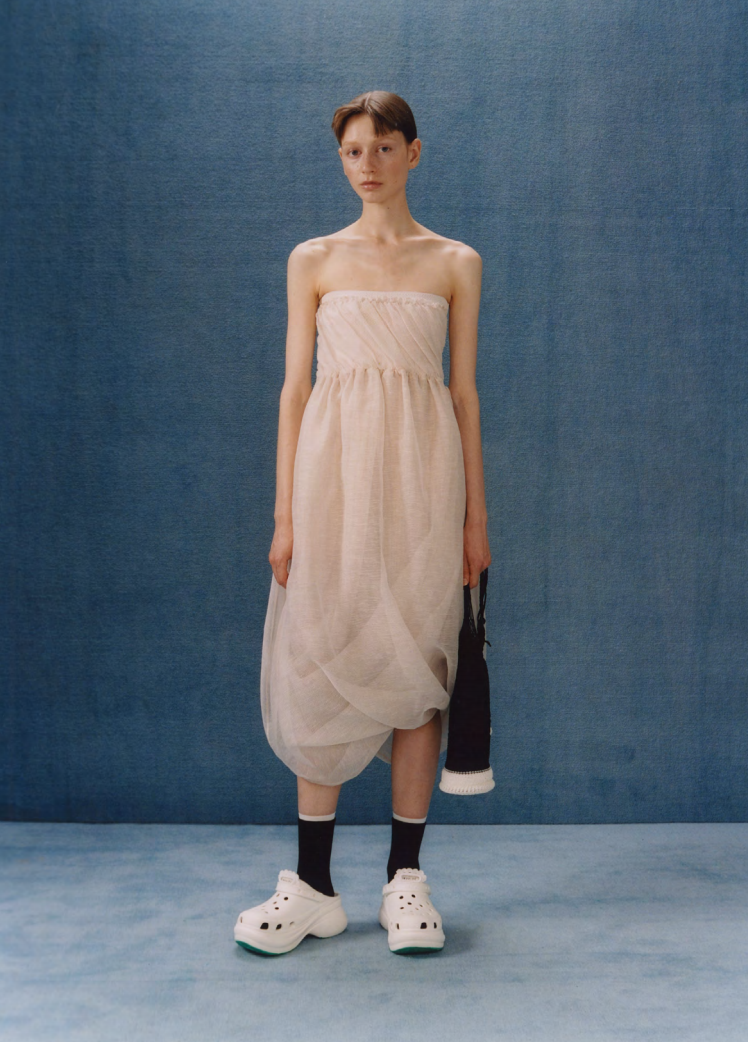 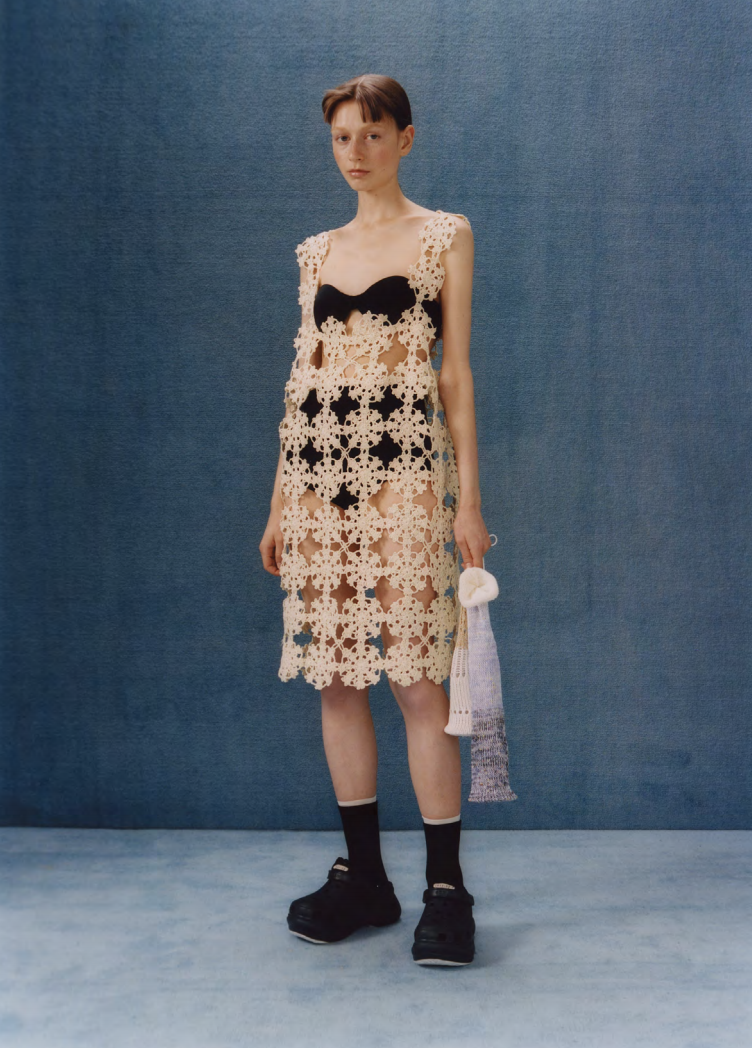 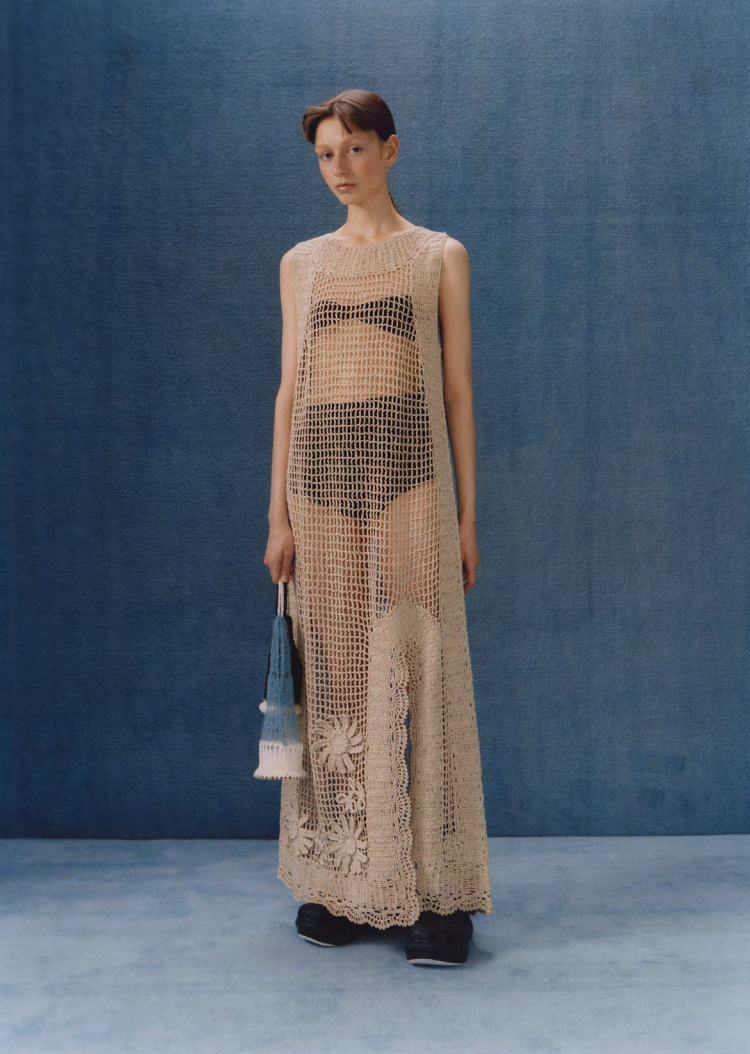 Designer Huang Sha Sha’s way with knits make for the perfect pandemic wear. As in past shows, the core of her collection was based around 3-D-printed knitwear but also experimented this season with crochet, doily patterns, and patchwork. 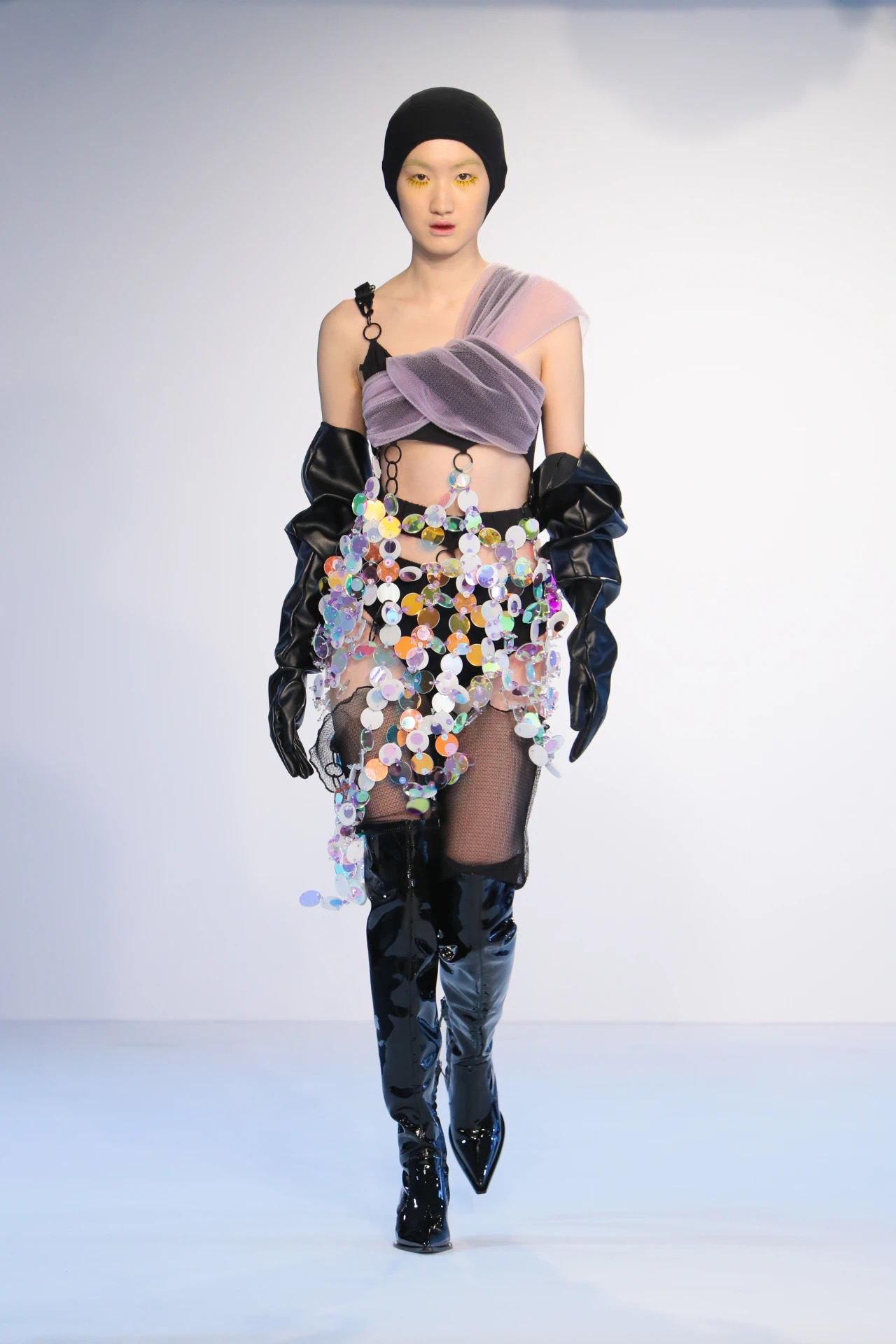 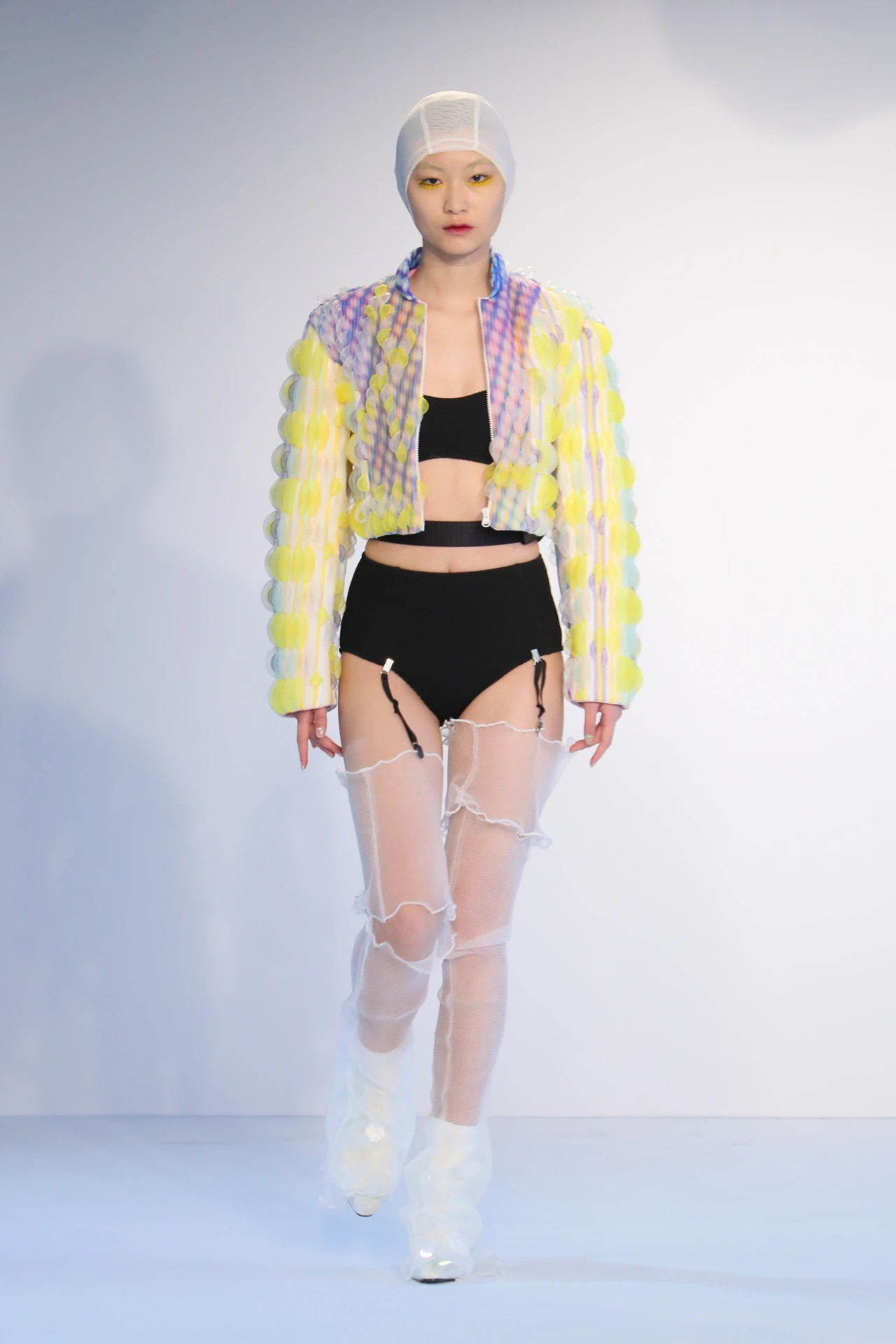 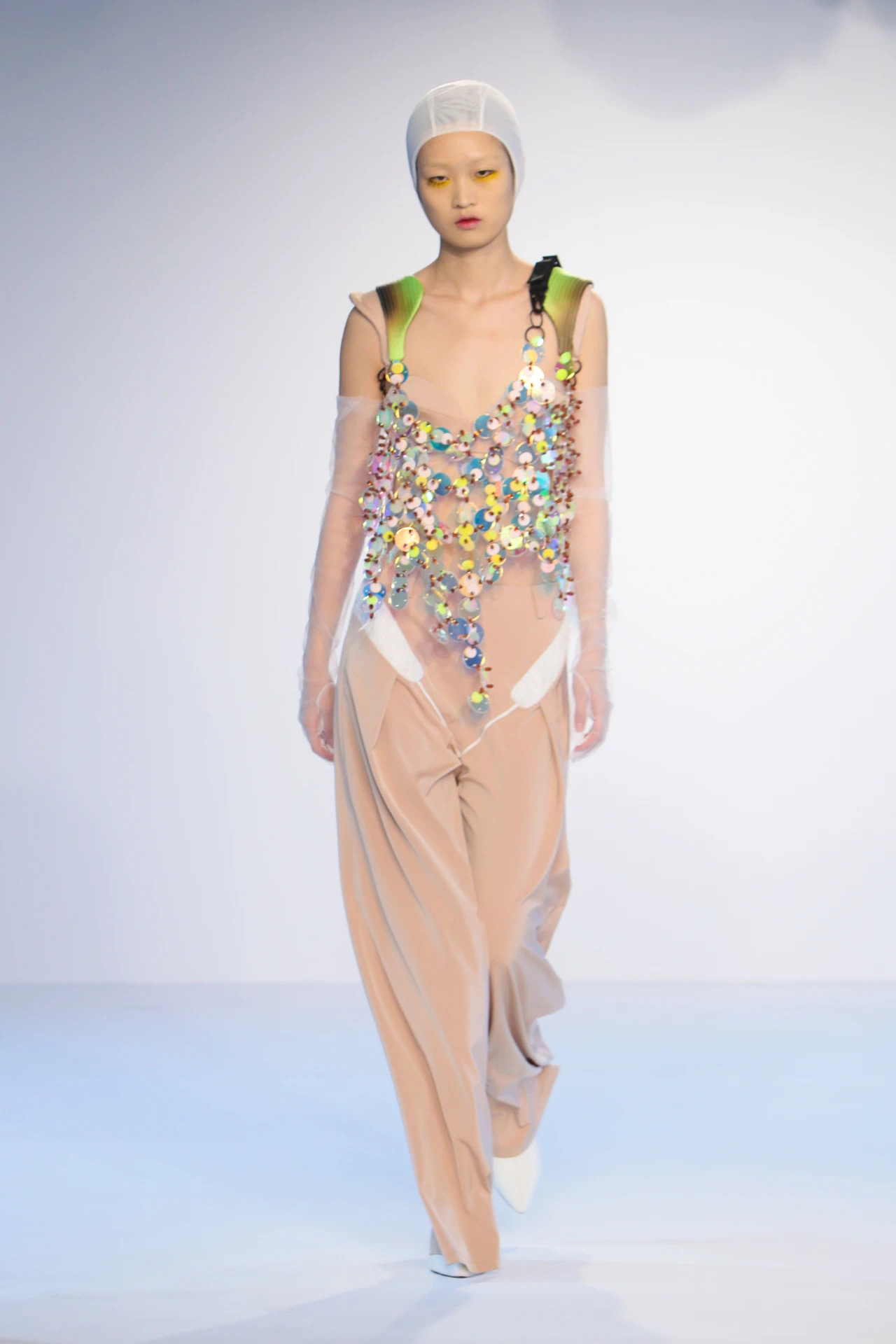 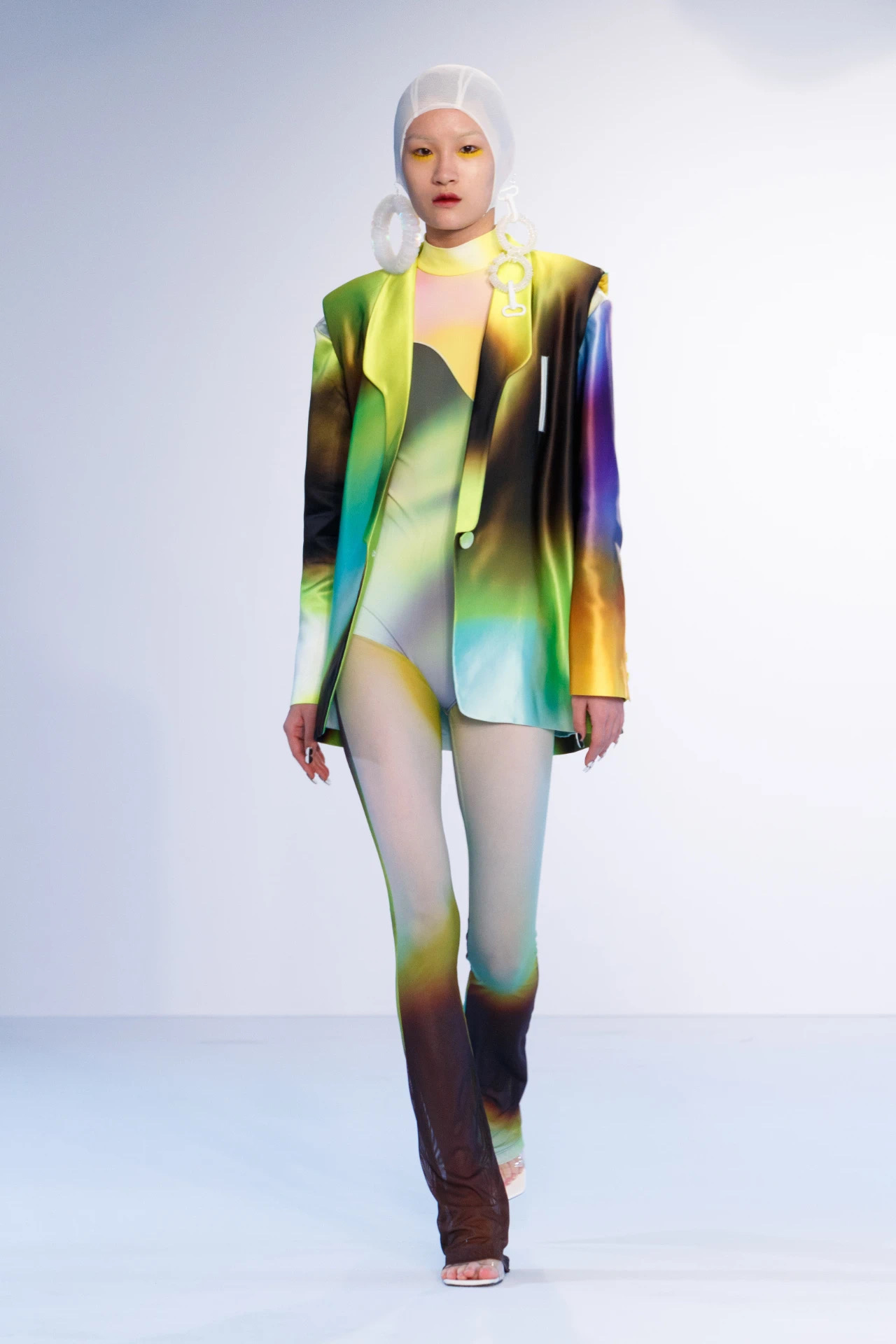 Chongqing native Lyu creatively takes an eco-friendly approach to her designs which utilize flawed industrial materials such as resin and Perspex acquired cheaply from Chinese factories to create body accessories. This season was her debut at Shanghai Fashion Week but expect to see more of her here. Lyu said she would soon be moving her studio to Shanghai. 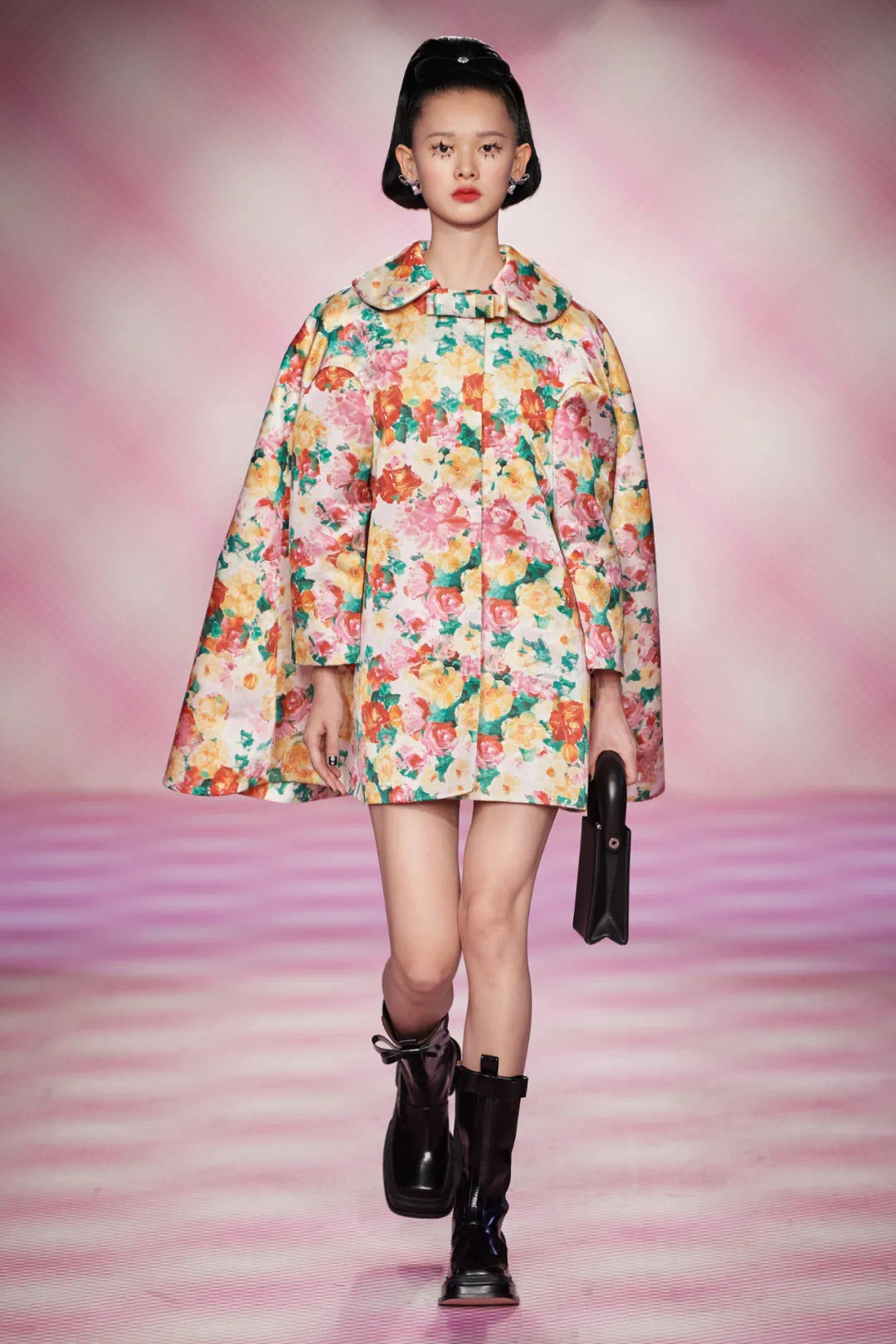 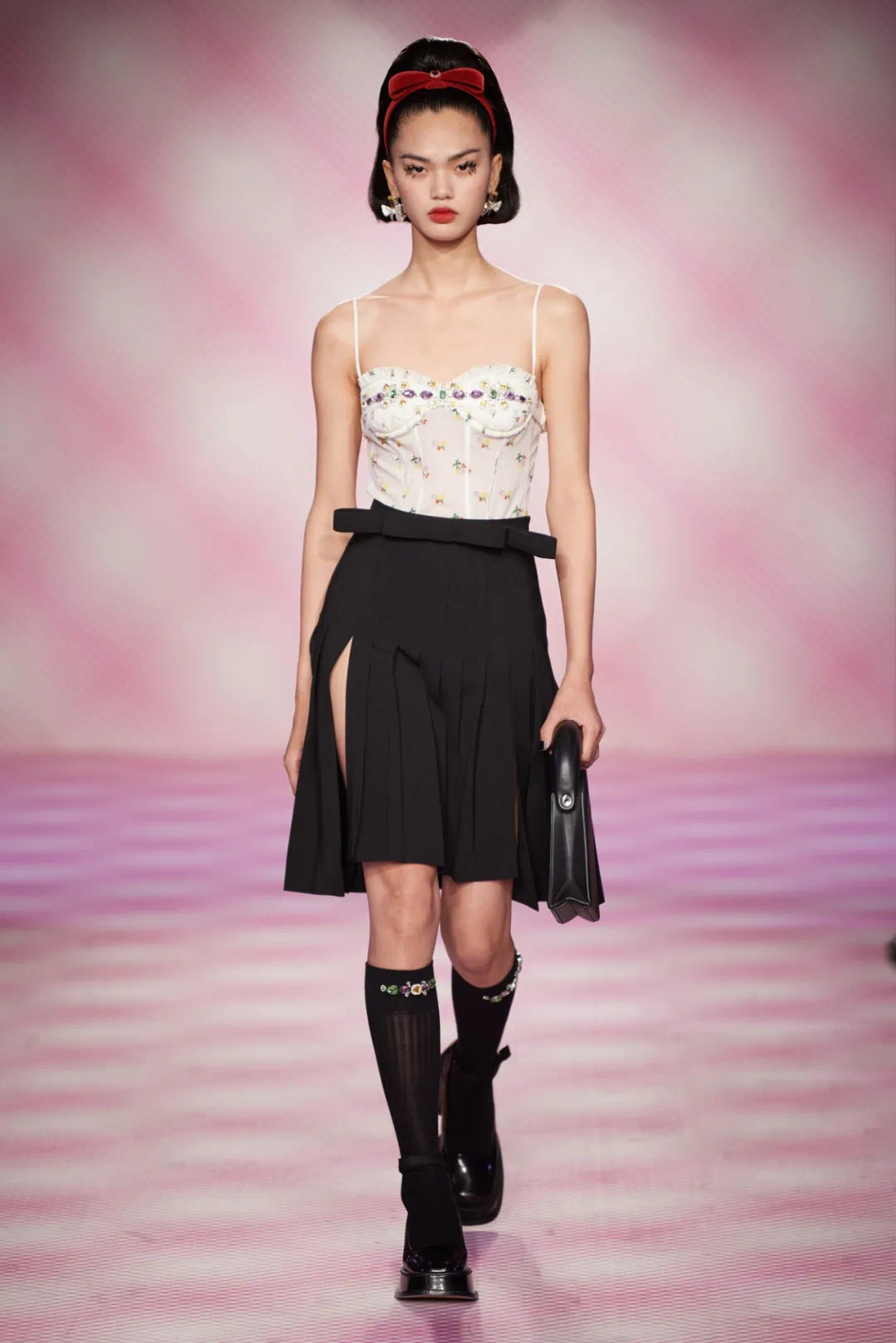 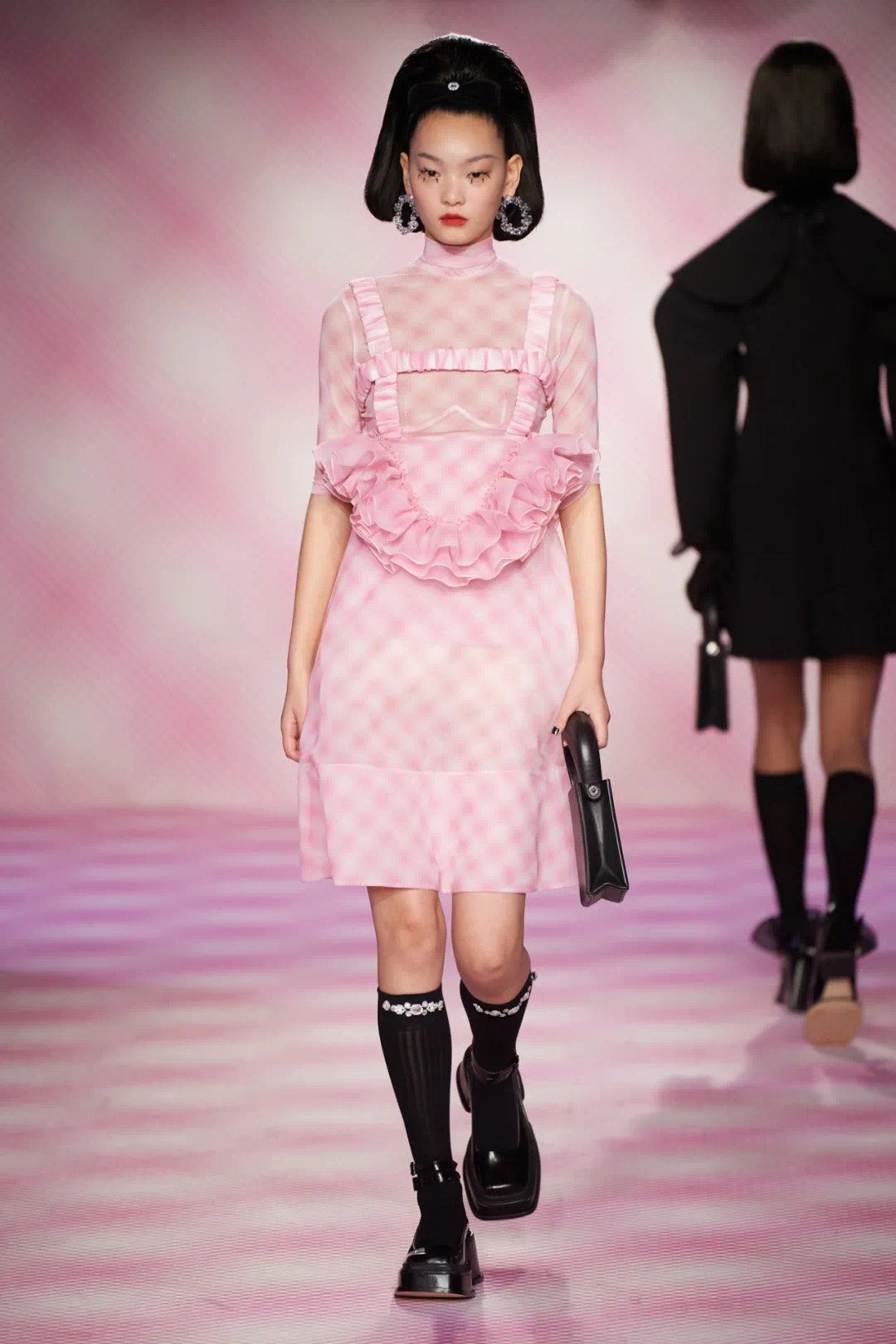 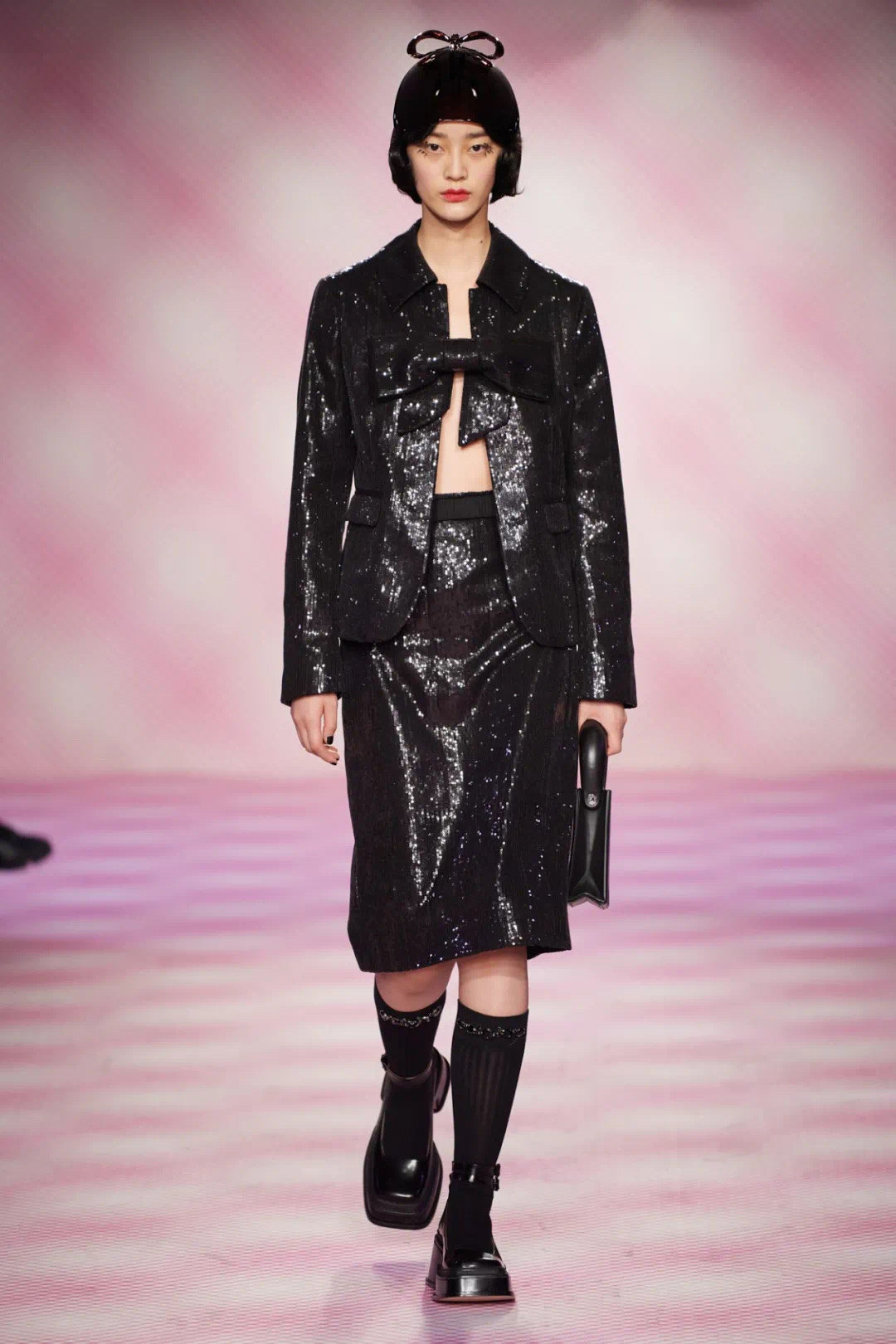 Pink plaid featured not only on the clothes at Shushu Tong but was printed across the runway floor and backdrop. The clothes leaned heavily on the Sixties with doll-like designs and attitude channeled from Marilyn Monroe in the classic tune “Diamonds Are a Girl’s Best Friend.” 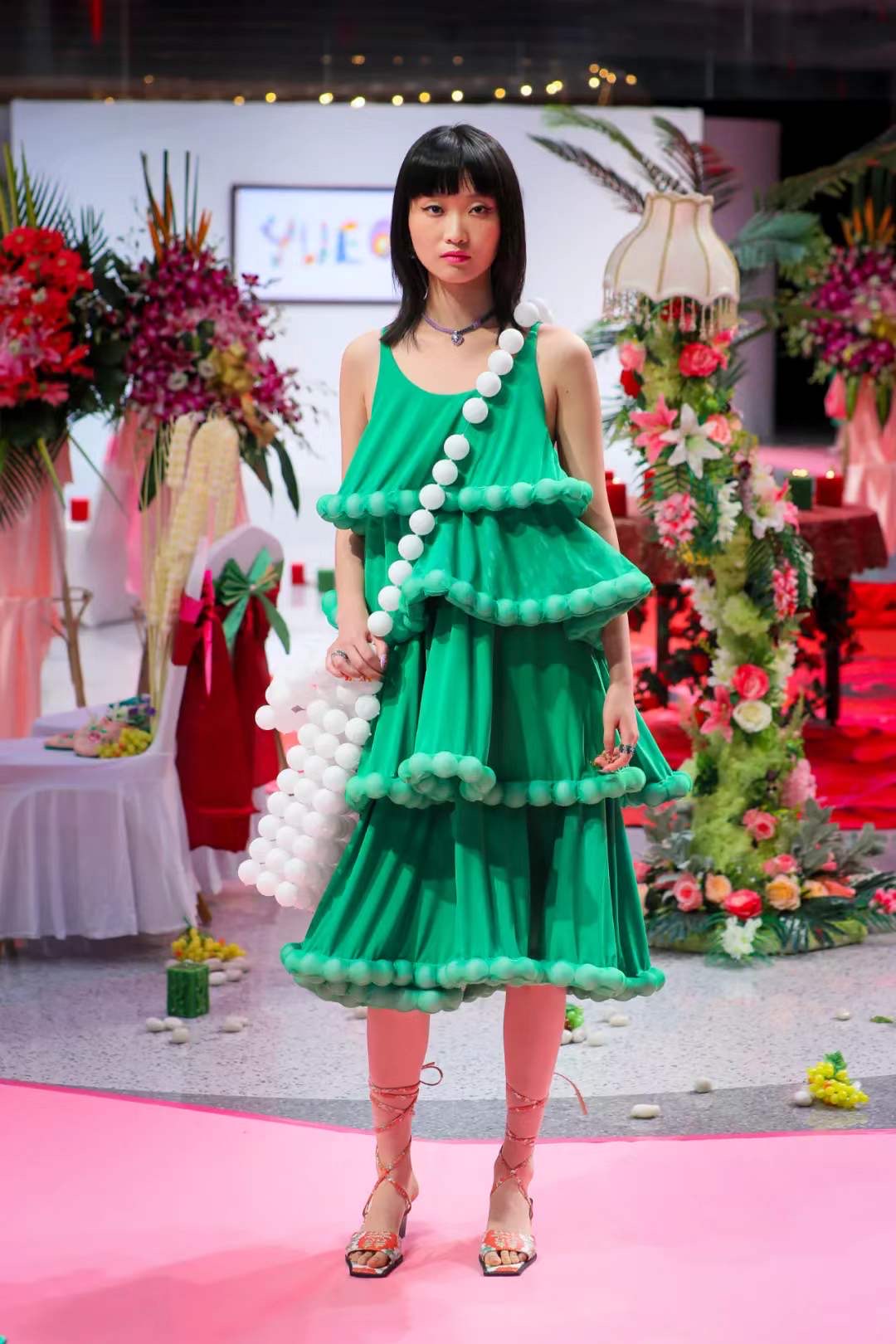 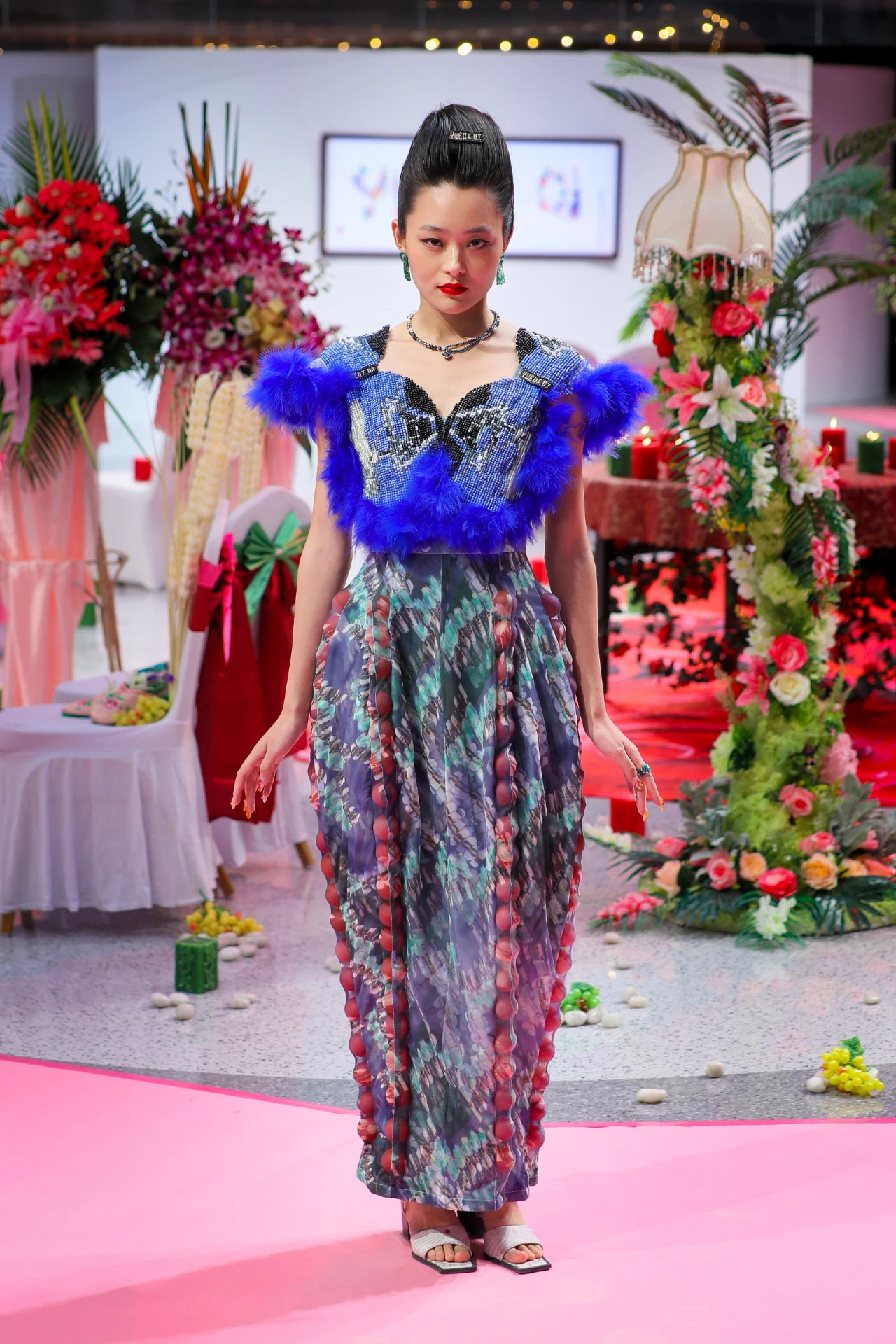 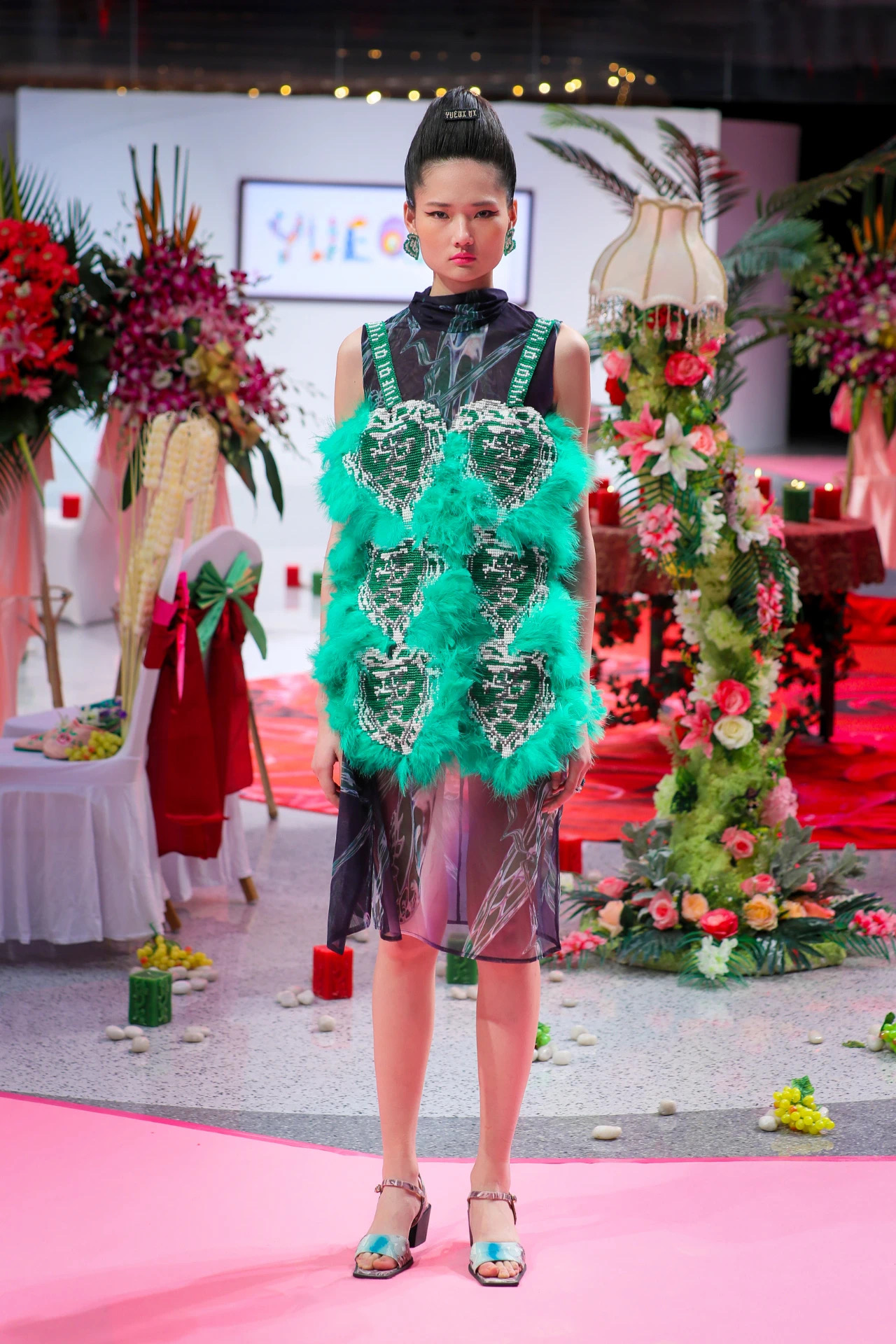 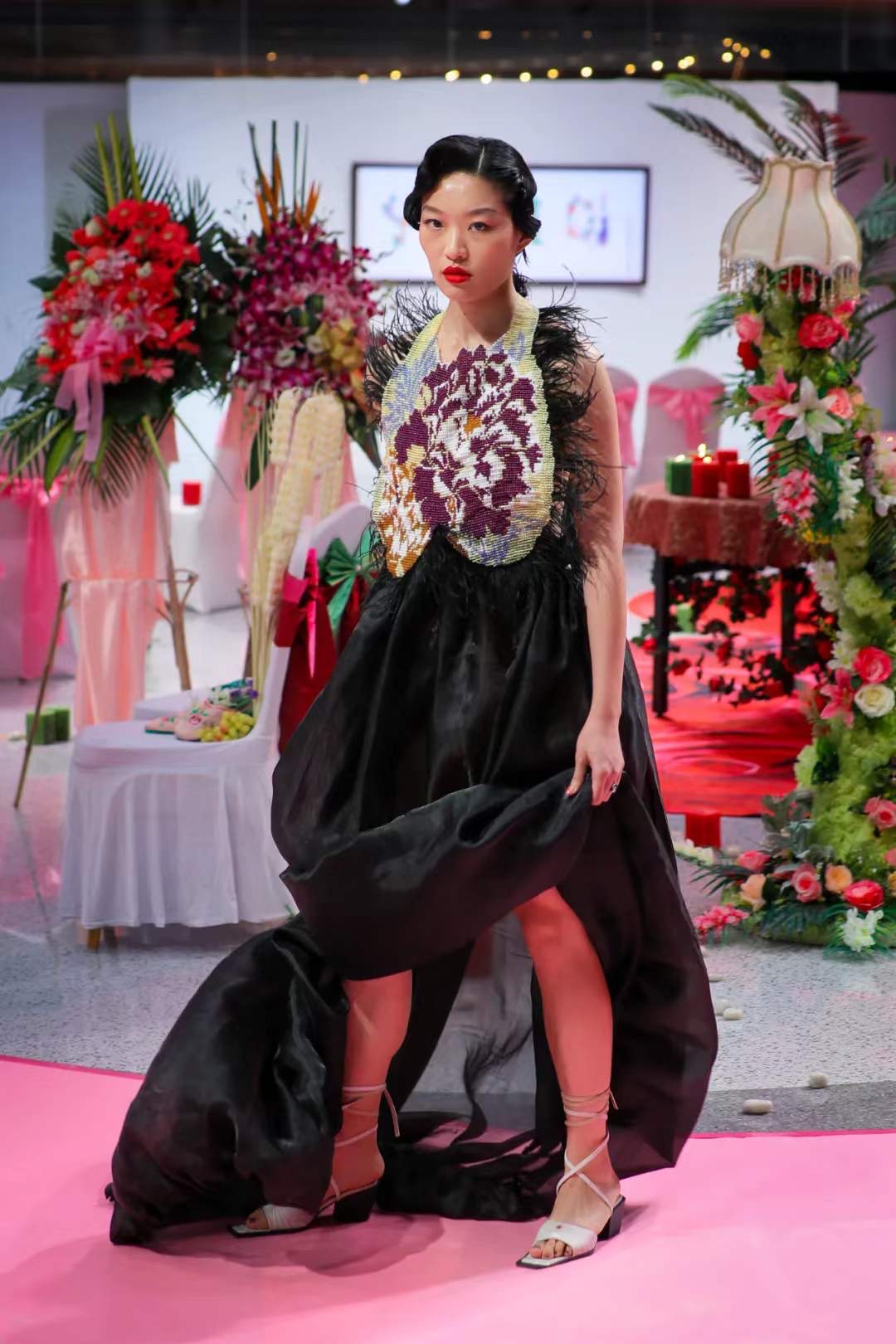 Qi’s designs are marked by strong Chinese elements that tread close to the edge of kitschy. This season, she was sponsored by Lane Crawford and presented a collection rooted in the theme “au revoir, champs de riz,” which means “goodbye, rice fields.” It was a nod to the many generations of Chinese who had to leave their hometowns to go overseas looking for opportunities. This manifested in clothes that bore the neon colors of Paris’ Chinatown. She also incorporated ping pong balls into many of the looks — sewn into the hems of pants, strung together to create a sling bag, and even a hood. 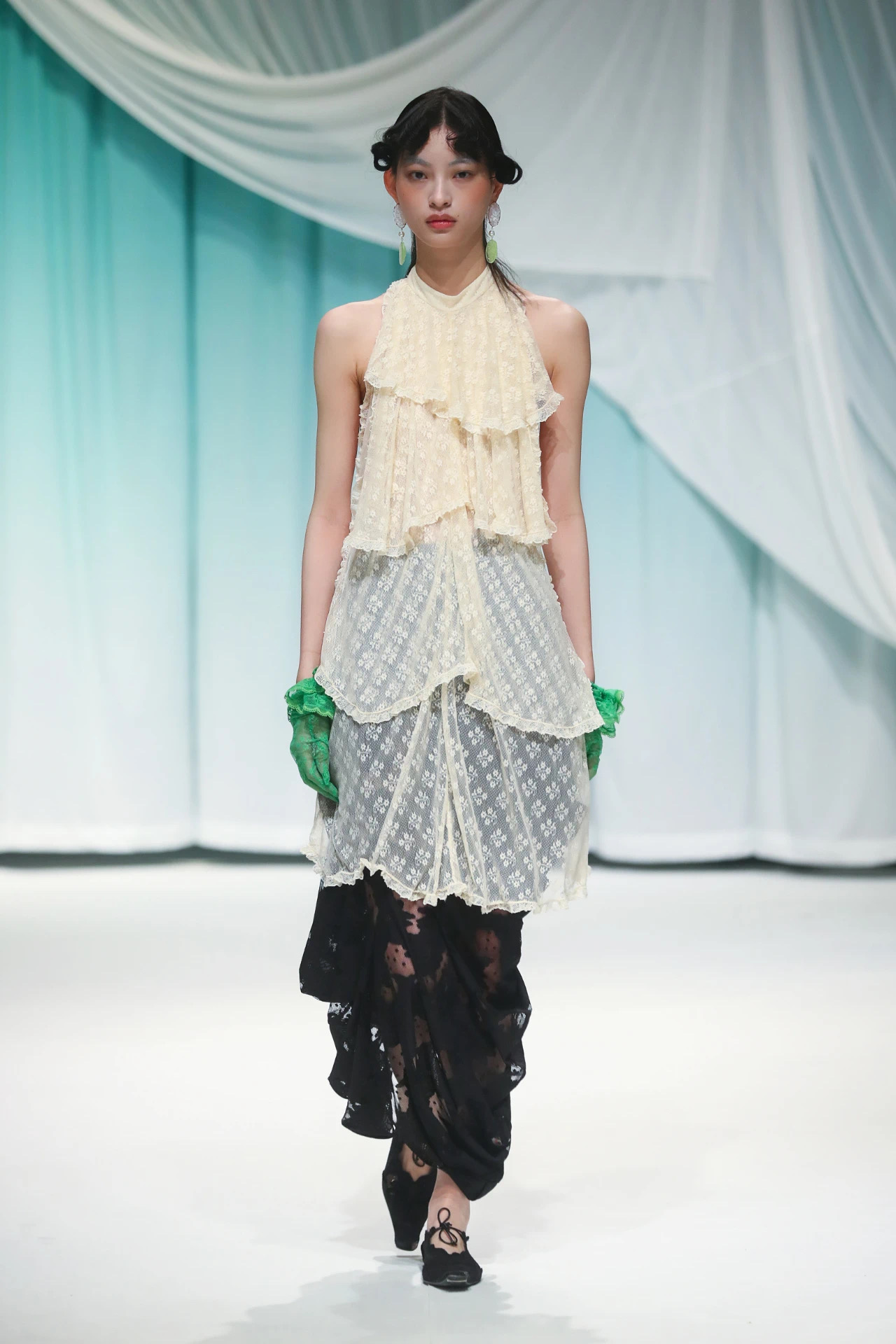 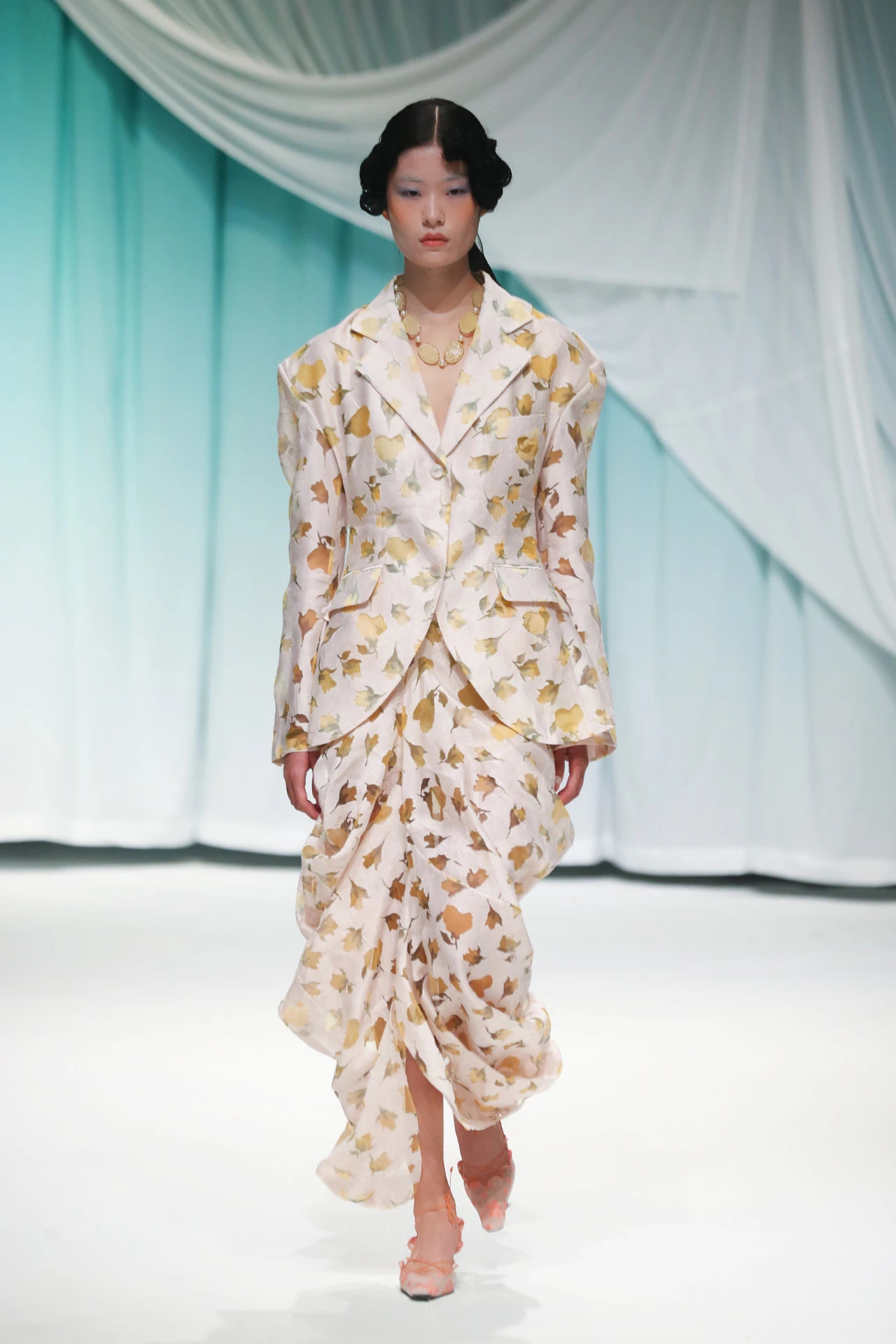 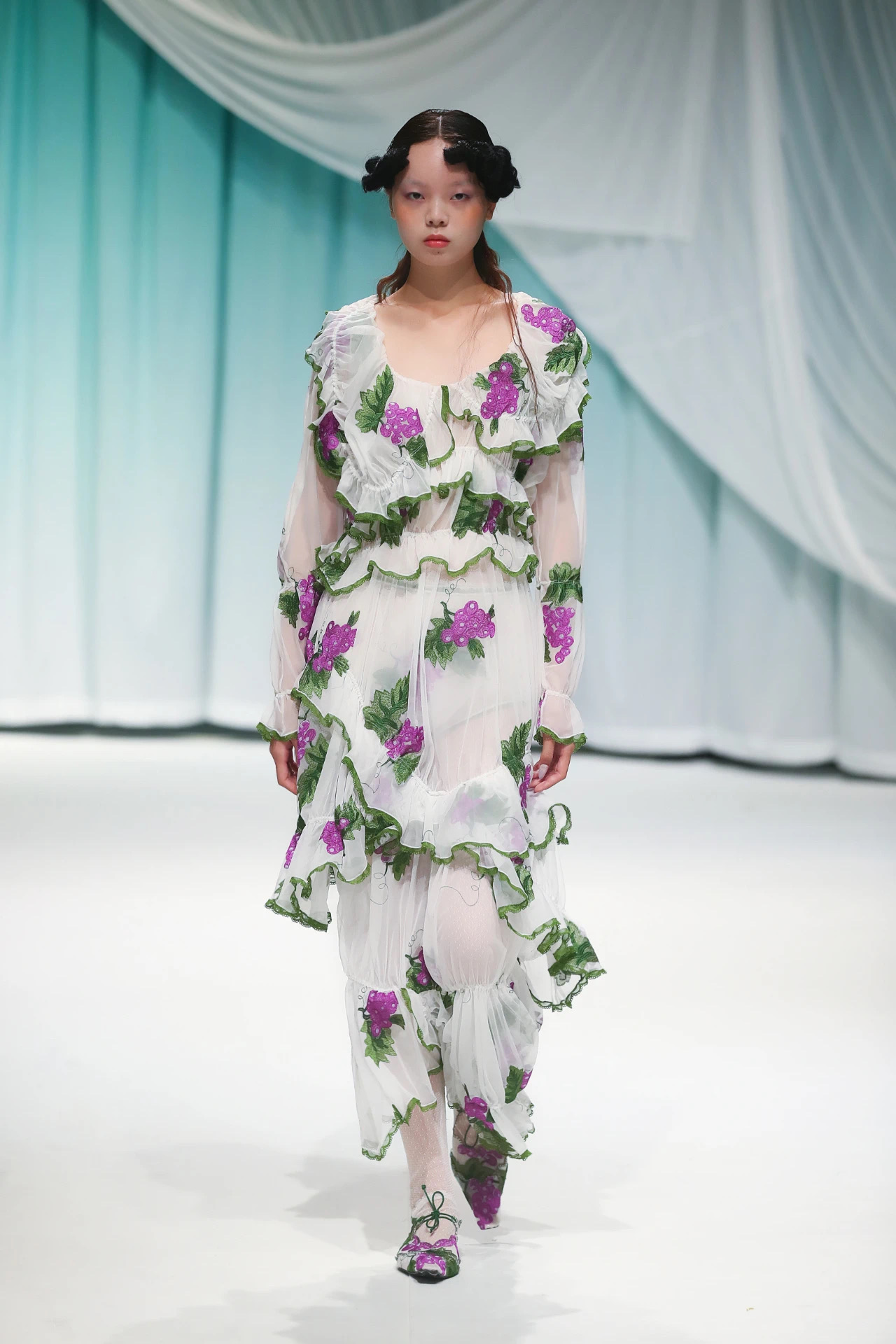 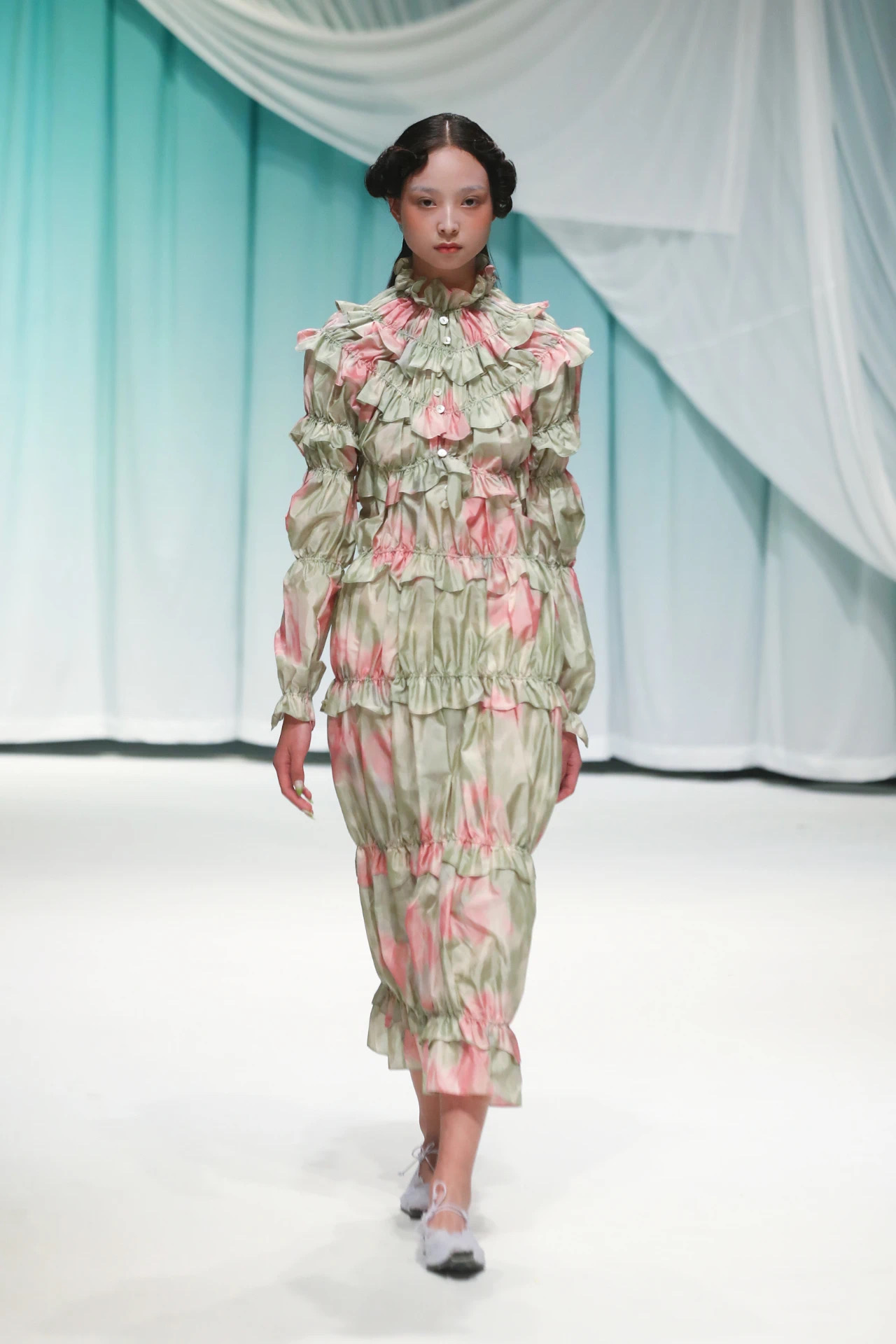 Wang is loyal to romantic, ruffled and soft silhouettes, this time creating plenty of botanical references — grapevines, lotus leaves, and roses in her looks, which she said was inspired by “Liaozhai,” a collection of Qing-dynasty supernatural Chinese tales.