It is a weird time to be make your living as a pop star. It is almost impossible to buy a new album on an average British high street, yet at every Boots in the country you can buy fragrances from Shawn Mendes, Little Mix, Rihanna, Katy Perry, Nicki Minaj, Ariana Grande, as well as Cristiano Ronaldo and Sarah Jessica Parker.

Celebrity fragrance has long been an easy way to squeeze extra cash from fans, but according to the latest figures, it could be falling out of fashion. Fashion forecaster Euromonitor International has predicted just a 3% annual growth rate between 2017 and 2022 for fragrances – meaning the market is set to lag behind that of both cosmetics and skincare.

However, in the last few years, celebrity makeup, clothing and other luxury lines have moved from a side hustle into a multi-billion-dollar industry that can generate fortunes for the famous that far surpass the money they make for doing the thing they’re famous for. 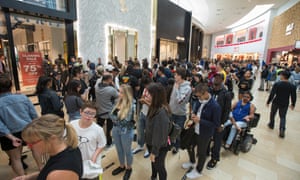 Rihanna now makes more money from her Fenty Beauty makeup line than she does from music – the company turned over $100 million in its first 40 days trading. By comparison, in the whole of 2016, the last year she had a record out, she earned $7.6m from streaming and $2.5m from music sales. Drake is expected to make a $50m revenue this year from his OVO clothing brand, which opened a bricks-and-mortar shop in London’s Soho earlier last year. That’s $3m more than Forbes estimated he made from all his ventures over the previous year, despite being the most streamed artist in the world.

Cassandra Napoli, associate editor of digital media & marketing at fashion trend agency WGSN, says there is more to these lines than just putting your name to a product. “What’s new is celebrities creating brands that are relevant now, that tie into this cultural moment. With Rihanna, it’s about inclusivity and diversity, which has long been a topic on the runways for the past couple of years. When she launched her first foundation it came in 40 shades.” 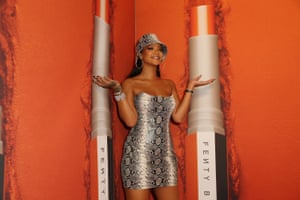 That is not to say that some people aren’t making a fortune even without cultural relevance. Britney Spears, who has not had a top 10 track since 2013, continues to sell millions of perfumes each year. She launched her first fragrance, Curious, in 2004. Thought at the time to be little more than an extension of her merchandising arm, Curious ended up being the top-selling fragrance of that year, netting more than $100 million. In 2017 it was estimated Spears has created $4.8bn in revenue from her perfumes – far more than she could ever hope to make from her music. 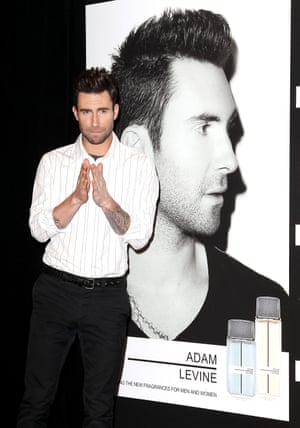 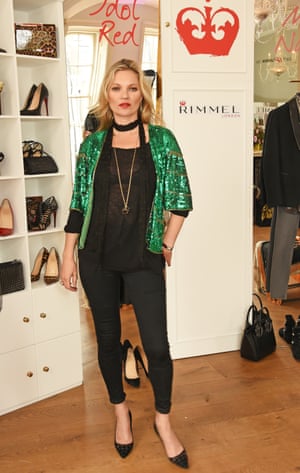 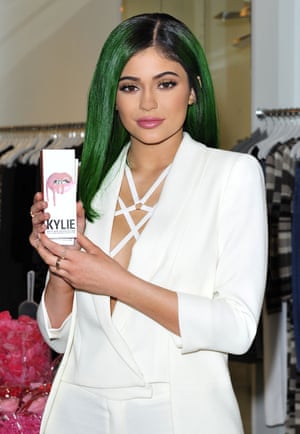 One person closer to home who is as successful for her side hustles as for her role in reality TV is former Made in Chelsea star Millie Mackintosh. Her first foray into fashion was her eponymous label, which became Asos’s bestselling line after its in-house brands. Since leaving the programme in 2013, Mackintosh also launched a range of eyelashes, a venture that led to a full beauty range, sold exclusively through Boots.

Her second collection launched in September. I asked Mackintosh what the difference is between a range like Rihanna’s Fenty Beauty, which has been widely praised and, say, Katy Perry’s fragrances, which feel inherently naff.

“Ultimately it’s how authentic it feels,” she says. Mackintosh’s own makeup artist, Sarah Reygate, insists Mackintosh’s collection is good quality stuff; she even uses it on her other clients, she says. (When challenged to show me her makeup bag, sure enough, among the Clinique and the Mac products, was the Millie Mackintosh lip-colour balm.)

Mackintosh’s fashion line, however, folded earlier this year, with Mackintosh citing “the financial climate” as the reason for its closure at the time. Creditors, and Mackintosh herself, lost hundreds of thousands of pounds.

This time around she doesn’t own the company – it’s a deal with SLG, a makeup company that has a wide range of licensing deals with celebrities and other brands. “I can sit back and enjoy and do the parts of it I really want to be involved in – the design, the promotion and the creative – that’s where I’m comfortable, not the numbers,” she says.

Would a celebrity’s endorsement of a product ever sway the opinion of the Guardian’s beauty columnist Sali Hughes? “No, definitely not, because I know how it works. The only time it would ever influence me is if it was with an expert in that field, so when the makeup artist, Pat McGrath, launched her beauty range, I was interested because I know her standards are high… but, in general, celebrity involvement is minimal; they probably see five products and then pick one.”

She says that doesn’t necessarily mean that all celebrity products are necessarily bad. “Kate Moss is a good example: her line of lipsticks for Rimmel are just really good.”

The Moss range is technically a partnership; the celebrity lends their name to a brand, without actually owning it. With those deals, the celebrity often gets paid a lump sum and sometimes a percentage of sales, to put their name to a product, but they won’t be exposed to any financial risk. Napoli gives the example of American brand Nordstrom’s three-year deal with Instagram influencer Arielle Charnas’s brand Something Navy: were it to not meet expectations, Nordstrom have taken on all the risk.

These low-risk deals have become attractive to even the most cynical celebrities. In 2011, Maroon 5 frontman Adam Levine tweeted: “I would like to put an official ban on celebrity fragrances. Punishable by death from this point forward.” Fast forward seven years and Levine has a range of fragrances – he says he wants to “compete with Dior” – as well as a fashion line in partnership with US clothing store Kmart.

And then there are the celebrities who do own their own brands, such as 21-year-old Kylie Jenner, who three years ago was little more than the fourth or fifth most famous member of the Kardashian dynasty. Now she is on track to become the US’s “youngest self-made billionaire, according to Forbes.

Jenner appeared on the cover of Forbes magazine after her personal fortune increased by about $900 million in the space of a couple of years, largely thanks to a cosmetics line with her name on it. Kylie Cosmetics by Kylie Jenner began three years ago as Kylie Lip Kits, selling multipacks of lipstick and lip liner. The initial run of 15,000, sold directly through Jenner’s website, sold out in one minute.

Napoli gives an example of how Jenner combines her enormous influence over impressionable fans with the mechanics of Instagram-era retail to turn huge profits. “She subscribes to the drop model, so instead of doing a big product launch with months of lead-up, she’ll take over a San Francisco space, announce a pop-up shop on Instagram and get people to line up around the block. It gets people excited.”

There are some brands where the celebrity in question has the majority stake in a private limited company, such as Alexa Chung, Victoria Beckham and Mary-Kate and Ashley Olsen’s fashion lines (although in some cases there also high profile investors). In the fashion world, these brands have been taken the most seriously – in part because, with personal fortune on the line, the designs tend to be more considered. 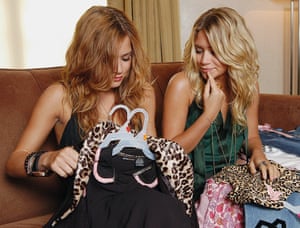 That all of these deals boil down to money and name, brings up the awkward question of privilege. Forbes’ “self-made” descriptor drew significant criticism : “It is not shade to point out that Kylie Jenner isn’t self-made. She grew up in a wealthy, famous family,” tweeted Roxane Gay. “Her success is commendable but it comes by virtue of her privilege.” Even the dictionary got involved, with dictionary.com sarcastically tweeting “Self-made means having succeeded in life unaided.”

Mackintosh does not come from a Kardashian-style dynasty – the depictions of her as a “Quality Street heiress” slightly miss the mark, she points out, given the business was sold long before she was born – but, of course, you only get cast on a show like Made in Chelsea if you come form a certain background.

With brands such as Rimmel, Benefit, Barry M, Bourjois and others offering makeup kits at a similar price and also available at Boots, the success of her line may lie in “the Mackintosh appeal”. Do people buy her products because they want to look like her? “Yeah, there is that aspect to it,” she says.

And, really, that strikes at the central offering of any celebrity line. Take the Kardashians: having redefined the ideals of beauty in their own image, preferencing heavy contouring, lip fillers and plastic surgery – as Amy Schumer once put it, they take the faces they were born with as a light suggestion– they are now selling the look back to the general public.

But, according to Mackintosh, is not as simple as just whacking your name on a product and hoping for the best. “The ultimate test is the customer …” she said. “When it doesn’t do so well, it’s when it doesn’t feel authentic or the product is just not good and the customer can see through that.”

Still, when you see Mackintosh’s range on the “3 for 2” section of the Boots website, alongside Little Mix Face Gems and the “Zoella Lifestyle Hot Chocolate Fragranced Candle” it does feel as though some celebrities are hoping that, with the right business model, a pre-existing fanbase and a knack for staying on the right side of Gen Z, they can reap rewards. Especially when you are targeting the gifting market, it feels as if the real test of popularity is not how many sets you sell, but how few end up on Ebay a month later.