Ryan Gosling made a rare public appearance at a TAG Heuer party in LA when he looked incredibly dapper in a bright yellow suit.

Be still our hearts! Ryan Gosling, 40, looked like a dreamboat when he attended a TAG Heuer party in Los Angeles on Oct. 7. The actor very rarely makes public appearances, so we were pleasantly surprised to see him at the event rocking a bright yellow suit. 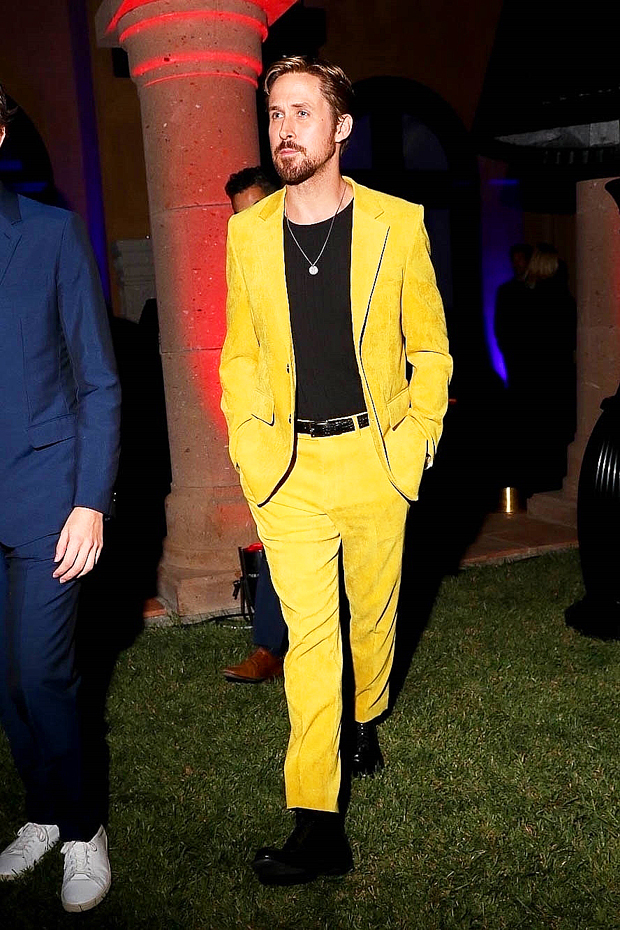 Ryan was just announced as a brand ambassador For TAG, so he was definitely the man of the hour at the event. For the occasion, he donned a fitted crushed velvet bright yellow suit with a tight black T-shirt underneath his opened blazer. He topped his look off with a gold necklace, a black leather belt, and patent black leather shoes.

Ryan celebrated his new ad campaign for the brand which was released on October 7 and pictures him driving in a slew of photos. The entire campaign was shot in blue and red and featured Ryan wearing a black leather jacket while driving a vintage car and showing off the TAG watch on his wrist.

Ryan rarely steps out on the red carpet and it’s been quite a long time since we’ve seen him at events. He prefers to hang out with his wife, Eva Mendes, and their two daughters – Esmeralda, 7, and Amada, 5.

Meanwhile, Ryan wasn’t the only hunk at the party, because Patrick Dempsey, who is also a brand ambassador, was also in attendance. Patrick looked as handsome as ever when he donned a navy blue linen suit.

He rocked a fitted blazer with a black sweater untucked, underneath. A pair of matching, loose pants, and black patent leather shoes completed his look.