The royal father-to-be, 34, couldn't refrain from some banter when he and Meghan, 37, were wished well, asking: "Is it mine?" 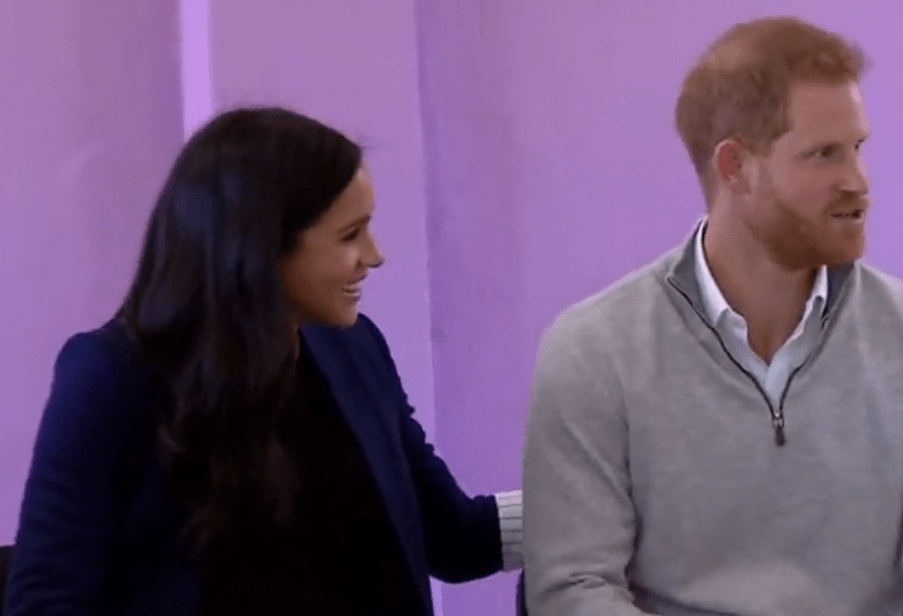 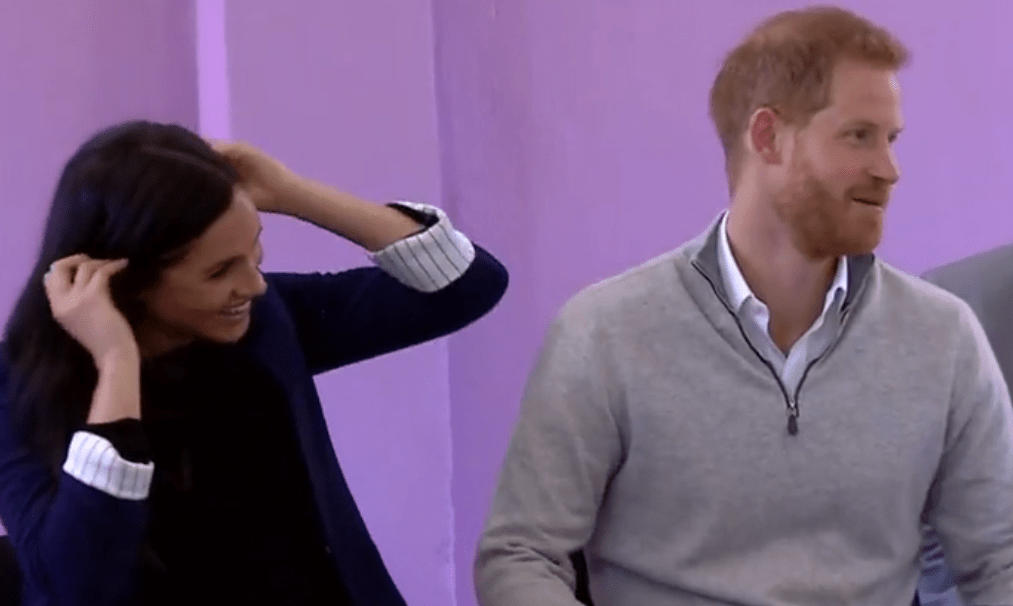 The pair had sat down to talk with the staff at Lycée Qualifiant Grand Atlas, the local secondary school in Asni, to learn more about female education in the North African country.

"I wish to say congratulations for your pregnancy," one teacher generously offered.

A shocked Harry then turned sharply to Meghan and joked: "What, you're pregnant?"

"Surprise!" Meghan giggled as she cradled her baby bump, seen in the BBC footage.

Making his wife and their audience laugh even more, Harry cheekily added: "Is it mine?"

The couple have put on a loved-up display while on the royal trip to Morocco.

Ahead of their talk Meghan had patiently sat while student Samira Ouaadi, 17, had painted three flowers on her hand as part of a welcome ceremony.

The Duchess watched intently as Samira drew the design, while encouraging Harry to watch and to take the mint tea they had been offered.

“That’s really lovely,” Meghan said as she proudly showed the tattoo to Harry, before adding, “Merci”.

Dye made from henna plant stays on the skin as a tattoo for up to two weeks. The brown paste is made from pulping the bark.
Samira said: “It’s like the plant of paradise. It is to bring luck to the mother and the baby.

“It’s tradition for pregnant women in Morocco to have a henna tattoo. We do it for major celebrations like getting married.”

One concerned official asked Meghan if she wanted to wash the inking off immediately, but the duchess laughed and said: “It will dry as we walk through.”

Baby Sussex was already a hit with the local girls, as they sang songs of welcome and good luck for the child, which is due in April.

We revealed the mums-to-be who had lavish baby showers just like Meghan and said they were worth every penny.

And, Harry and Meghan won't be allowed to find out the gender of their baby because of the Queen.

And we looked at how the ex-actress is taking pregnancy style inspiration from reality star Kim Kardashian. 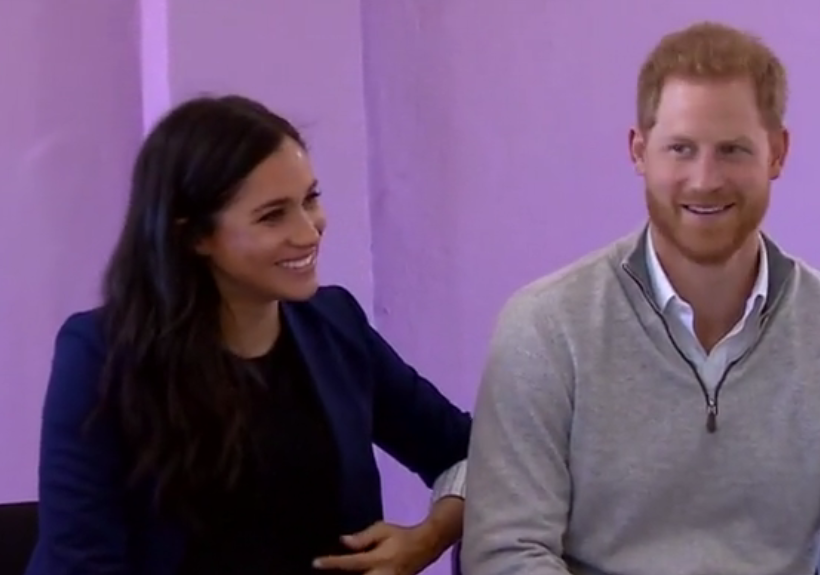 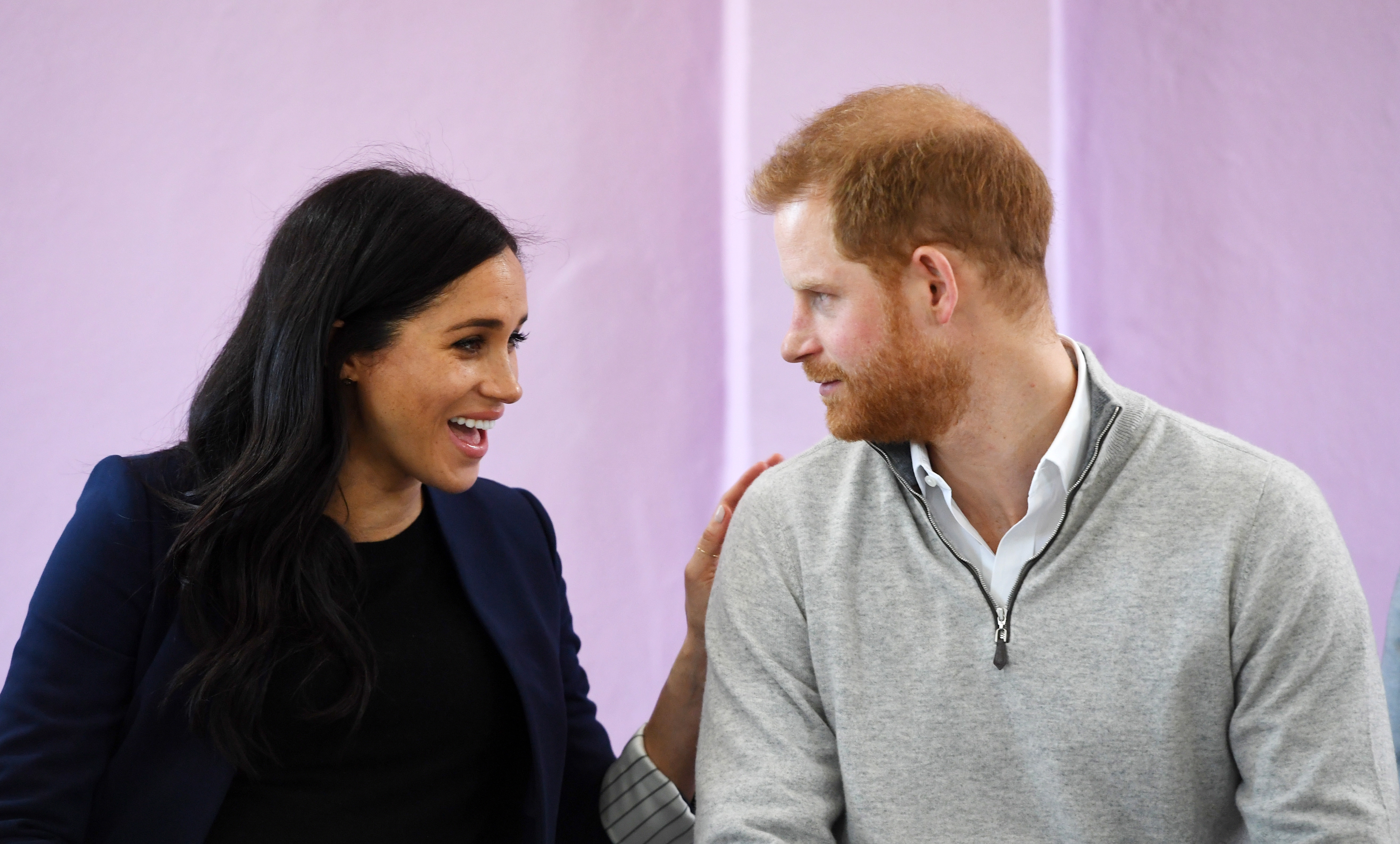 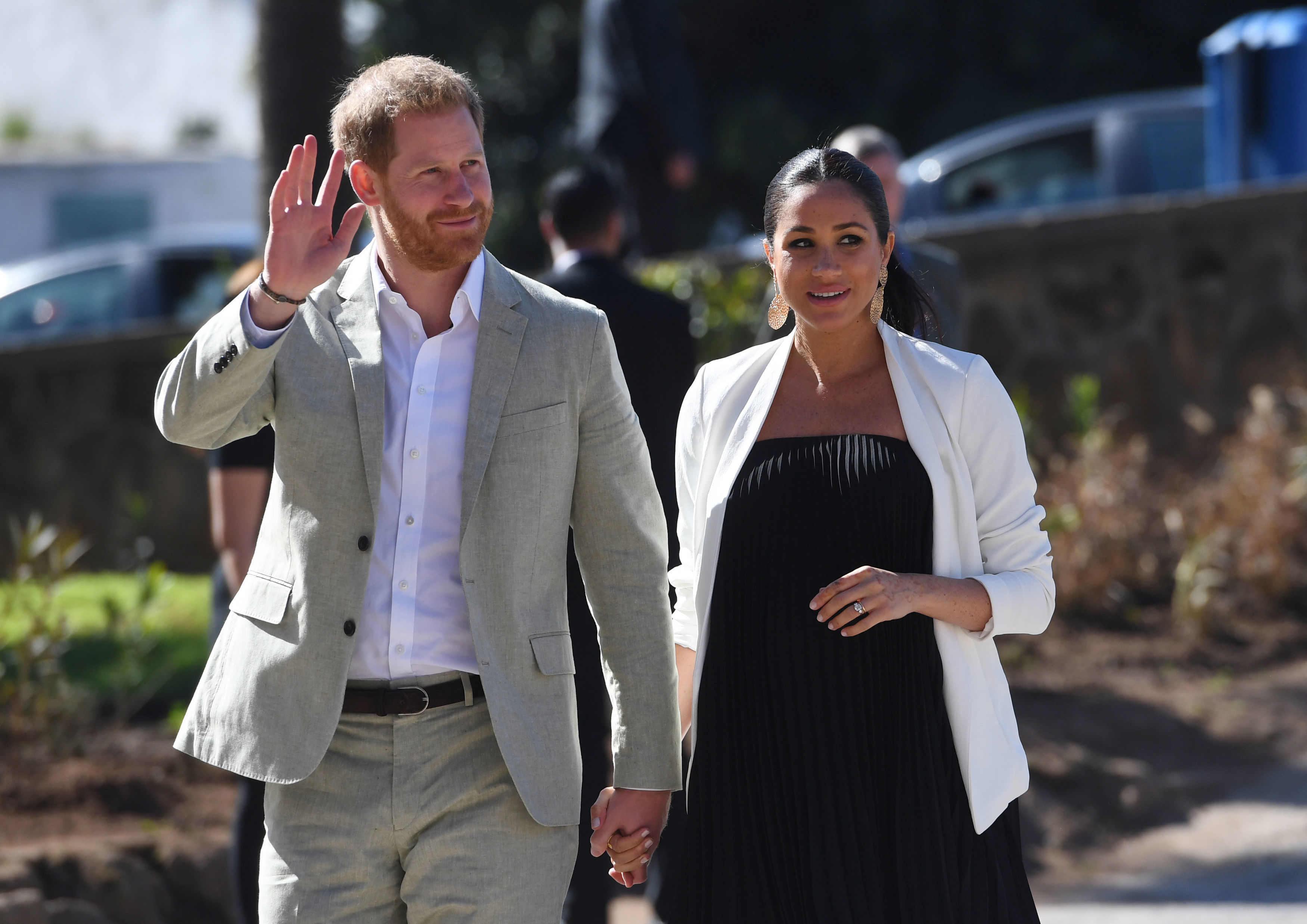 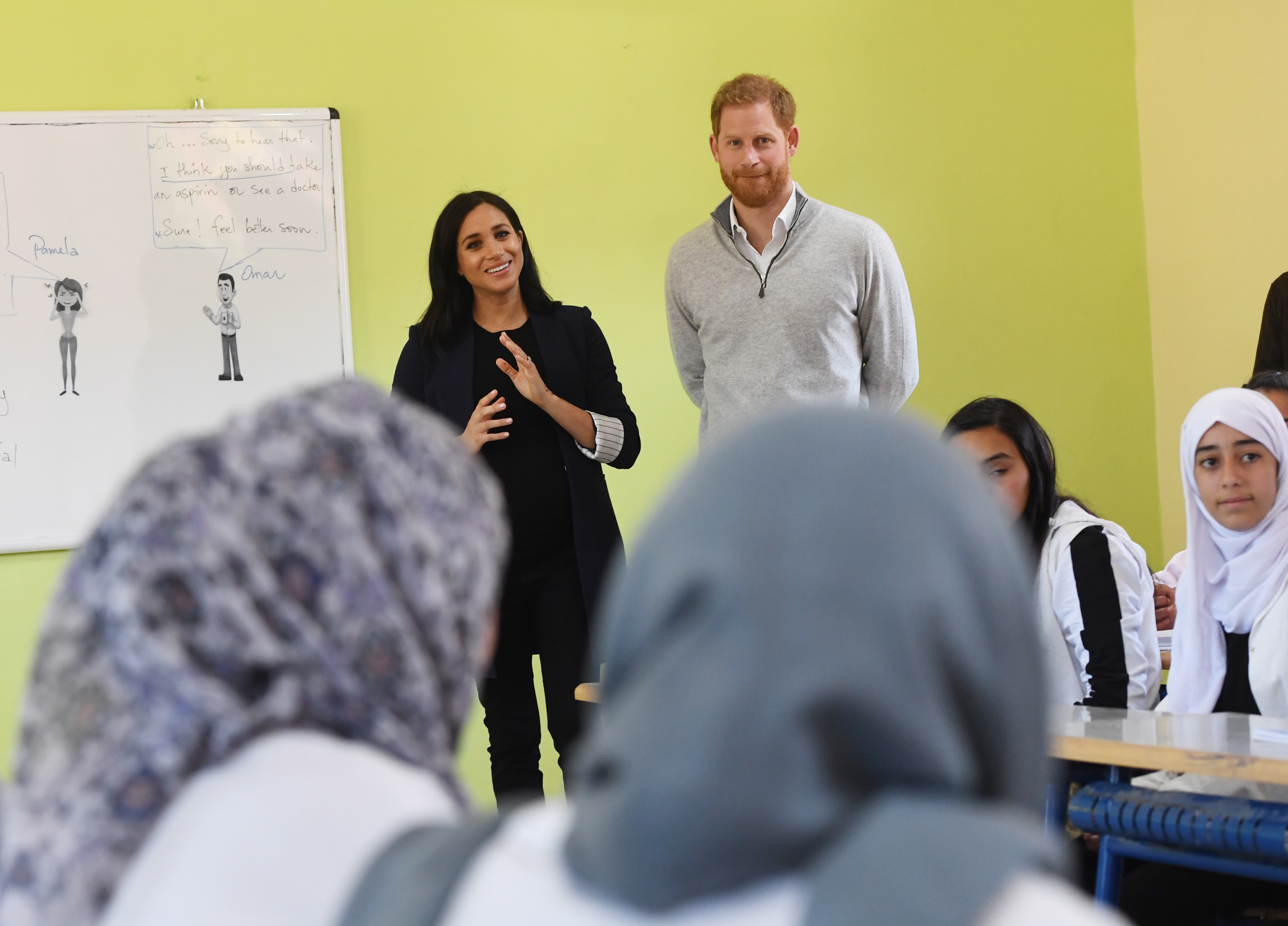