Married or not, you’ve probably got a Pinterest board (or two) strictly dedicated to ideas for your wedding dress. If you’re going to gather inspo, you should definitely take a page out of the look book from the Queen Bey, herself. Beyoncé wore a Galia Lahav wedding gown during a ceremony between her and hubby Jay-Z. Another day, another reason to go apes**t over Bey.

As if she wanted people to stay lurking through her Instagram page, Yoncé and her team posted a video packed with sentimental moments and accomplishments from the past year. Although she might have thought she could totally dismiss that sickening wedding gown in a fast-paced video that sped through every memory, the Bey-hive misses nothing.

In the short snippet that only the most dedicated Beyoncé fans would be able to spot, the megastar stood cuddling up next to Jay-Z, decked in smiles and all white while posing for photos of the iconic couple’s renewed nuptials. The train on this gown alone is one made for only the biggest of divas, and Bey is pretty high up on the list.

If you’re lucky enough to find a dress anywhere near this gag-worthy, snatch it up quickly, but also stay within your budget. 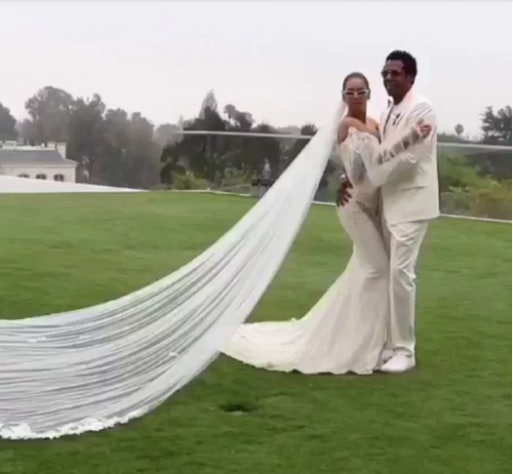 According to People, the designer, Galia had mentioned all the way back in June of last year that the dress had been worn on Bey for a vow renewal, but wasn’t seen on the singer until she closed out her year on the ‘gram.

The specific gown is on Bey is named the Thelma dress and is styled with the Victorian era in mind. The gown features some serious beading detail with Swarovski crystals on the front of its off-the-shoulder neckline and a set of silky sheer sleeves. While the dress also came with a bustle (no pun intended), Beyonce made it her own and detached the extra piece to give her natural curves all the attention. Although her lengthy veil may have stolen some of her shine. 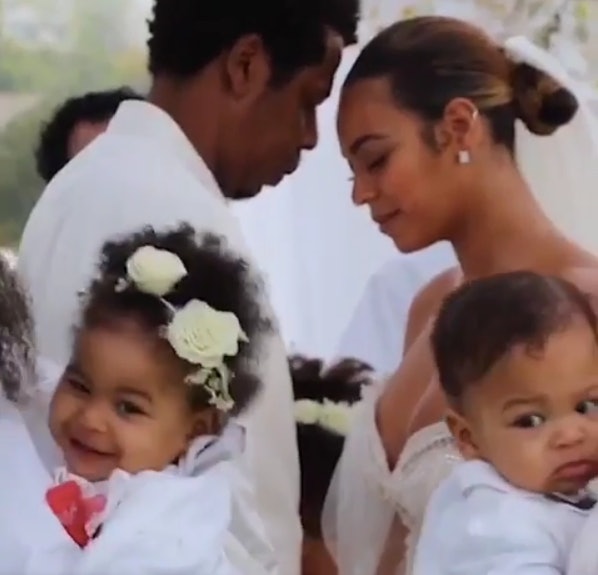 As any Sasha Fierce follower would know, the singer does things her own way, and wedding ensembles are no exception. She wore her hair in a tight low bun with minimal makeup (as if she needed it) and modernized the dress, pairing it with some tiny sunglasses with white frames to match her and Jay-Z’s nuptial looks.

The icon’s first gown was made by mama Tina Lawson, but it was later revealed by the designer herself that Bey wasn’t actually a fan of her mom’s dress and kept her feelings under wraps. Although Bey is one of the world’s biggest entertainers, that sounds relatable AF.

It’s not much of a shock that the pop star kept her renewal dress details on lock. The first dress didn’t meet the public eye until 3 years after the wedding in 2011 for her music video for "I Was Here".

Beyoncé loves a good surprise album drop, but it’s clear she has a talent for surprising her fans with bomb wedding dresses, too.