MANY of us will have found ourselves snoozing in for an extra hour this morning as the clocks sprang forward.

However, not only could that spell disaster for your own sleep routine but you may find that little ones are less than cooperative when it comes to an hour ‘earlier’ bedtime this evening. 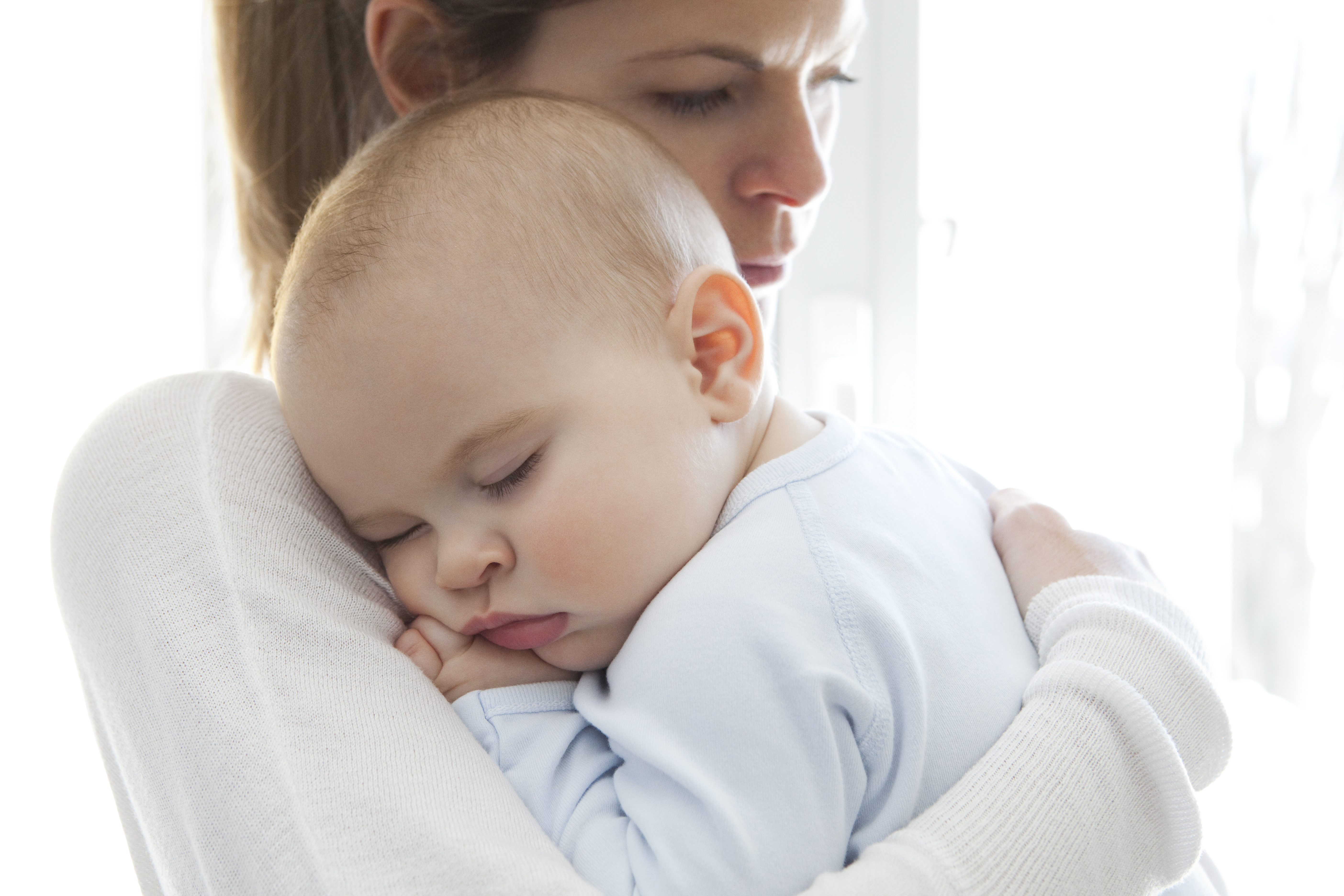 This can be frustrating, especially if you’ve spent months trying to get your child into a good sleep routine.

But don’t fret, Dr Sharryn Gardner clinical adviser for the paediatric health app Juno, is on hand with five tips to help re-establish a healthy sleeping routine for little ones…

Whilst it’s impossible to rigidly stick to them, try to keep bedtime routines as consistent as you can – within the hour you would usually put your baby to bed. 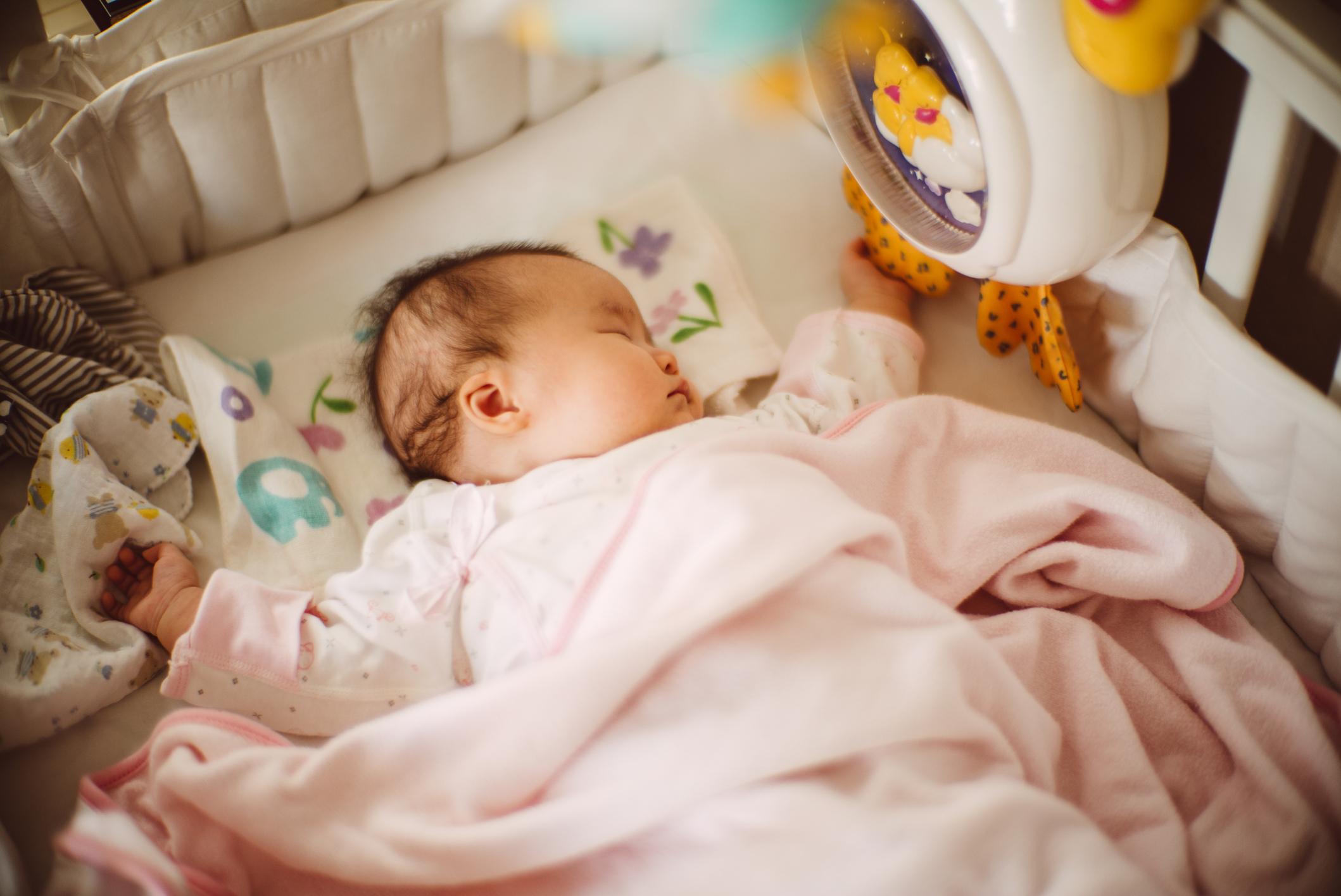 The clocks changing may mean it takes longer to settle your baby at their normal bedtime, so don’t worry if they’re going to bed slightly later than usual. Shift their bedtime back by ten minutes each night until you get back to your usual sleep routine.

As the clocks go forward, it will also be lighter than usual in the evenings so consider using blackout curtains or blinds to help your child recognise that it’s night time. Turn on amber, rather than bright, white lights, as you’re winding down for the evening.

Reduce sound as much as possible, change their nappy and give your baby a feed (feeding them after a nappy change means you won’t wake them with it). Speak softly to your baby, give them cuddles and lay them down to sleep – maybe even with a short story, using the same one to keep routines consistent.

A warm bath before bed can help promote sleep but it’s not crucial – it’s not a problem if a baby has one earlier due to childcare or has a skin condition that means they can’t have daily baths. A bedtime bath should be slightly warm and it should be kept short with no playing, so your baby is calmed down and ready for sleep.

Put babies to bed before they fall asleep

It might not seem to matter if you put a baby to bed after they’ve fallen asleep.

However, putting them down once their eyes are closed can create extra problems later as it makes their sleep more fitful and them more likely to wake up during the night.

Even if they sleep undisturbed for a little while, there’s a high chance they’ll get distressed when they wake up and realise they’ve moved or that you aren’t there. 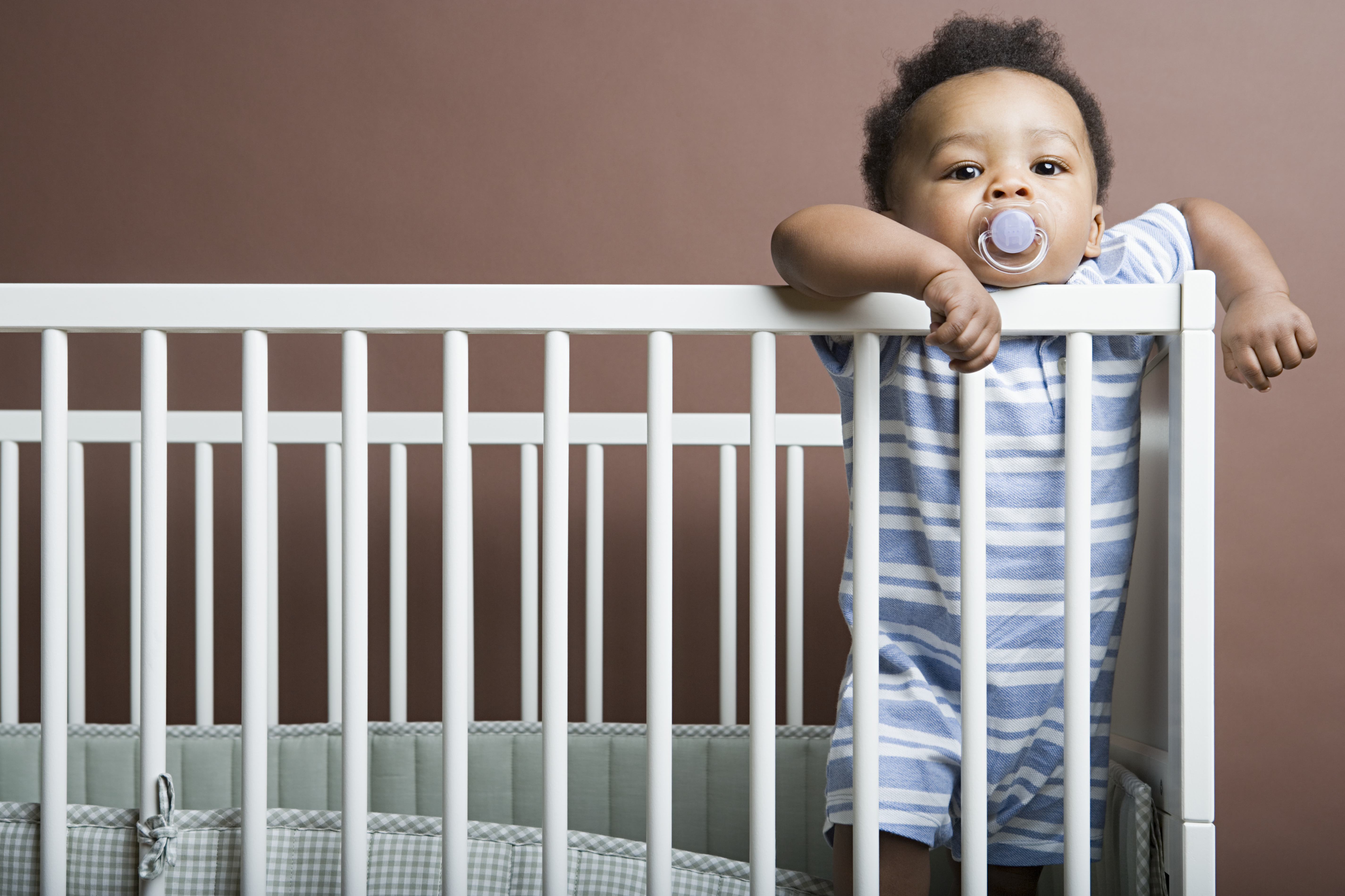 The key to helping you and your baby sleep for longer is by putting them to bed when they’re getting tired but aren’t fully asleep. This means they won’t be disturbed by being moved, won’t get scared by waking up without you and will learn how to fall asleep by themselves.

Babies can’t hide when they’re feeling sleepy and will show it in a number of ways including yawning, rubbing their eyes, jumping, startling, growing quiet, stopping playing, crying or clenching their fists. When you see these signs you know that it’s time to put your baby down for a nap or at bedtime, settle them and then leave the room or go to bed yourself.

Creating the right sleeping environment can work wonders in helping you and your baby get better sleep and keeping them safe.

The American Paediatric Association suggests that babies stay in the same room as their caregiver but in a separate crib or bassinet for the first 6 months. That’s because letting your baby sleep in the same bed is a real risk for cot death as well as your movements easily waking them up.

It’s best to place them in a crib or bassinet somewhere where you won’t trip over it and away from direct sunlight, heat vents or cold draughts.

The ideal room temperature is 18 to 20°C and you should use light blankets (not duvets) or a baby sleeping bag to cover them, with the material reaching only as far as their shoulder, under their arms.

Stuffed toys or pillows should be removed to reduce the risk of suffocation and although mobiles are lovely, a boring crib can be better – defining this area as somewhere to sleep, not play.

When talking about babies and their sleep, we tend to fixate on what happens at bedtime.

However, it’s often what happens during the day that determines whether it will be a peaceful or eventful night.

Naps are essential to a baby’s daytime routine as no naps means they easily get overtired later on. When a baby gets tired but doesn’t get put to sleep they start to get overtired, cortisol levels rise, they become more alert and stressed and it gets harder and harder for them to settle and sleep. 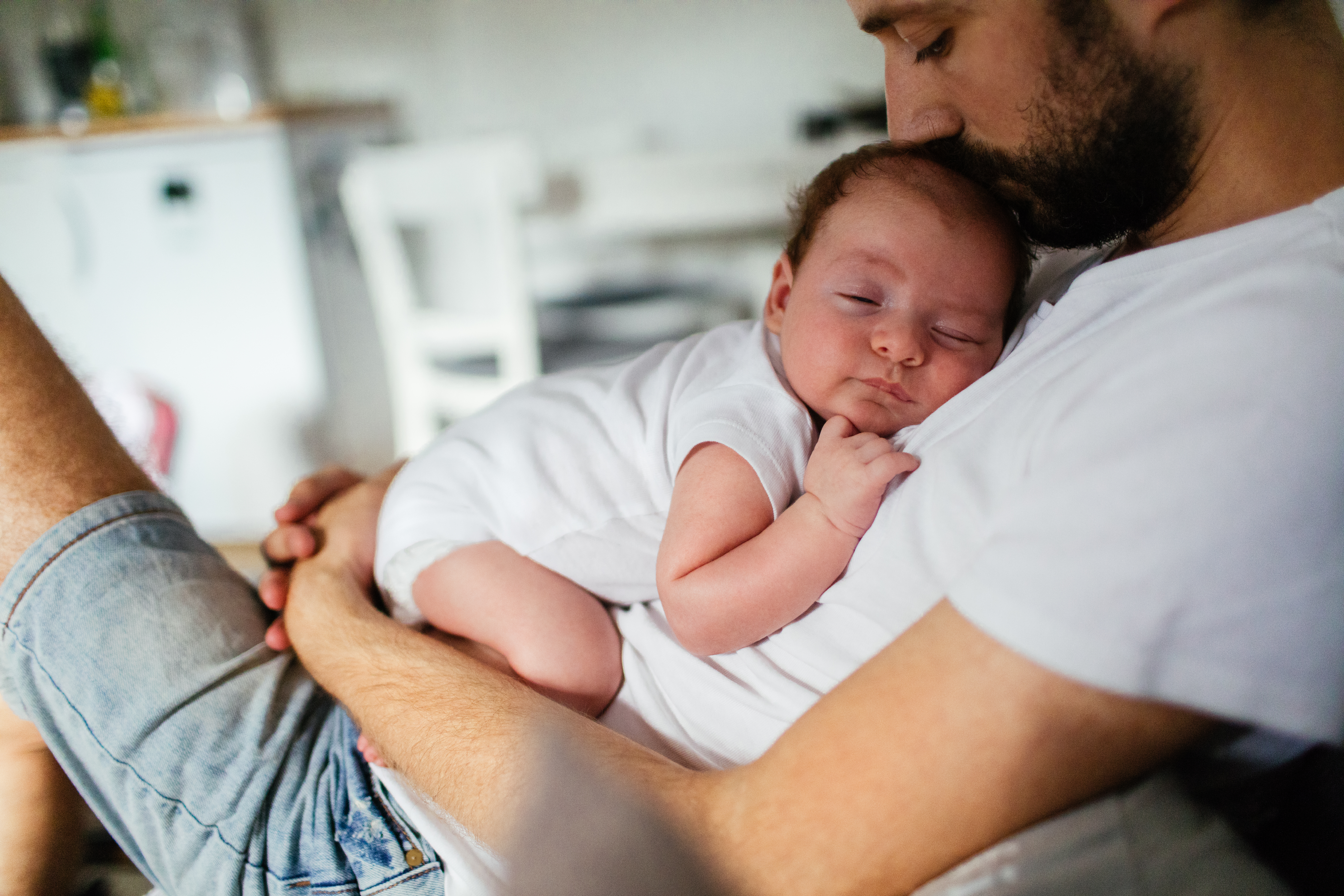 Important development, growing and healing processes also take place during naps. While naps are crucial, they also shouldn’t go on for too long – if they exceed 2 and a half hours, it could start disrupting nighttime sleep.

A baby’s feeding during the day also plays into their restlessness at night. If they are short of their daily feed requirement by bedtime, they are likely to wake up hungry during the night.

Experiment with what works for your baby

Unfortunately, there’s no magic formula to improving your baby’s sleep and different things will work better for different babies.

It’s a case of seeing what works for you both and experimenting with different tactics – bearing in mind that any changes can take 3-5 nights to have a visible effect.

That means, if their sleeping patterns are all over the place after this weekend, don’t panic! It may take a week or so until you find a new rhythm, but you will get there.

Some caregivers like to use a white noise machine to help reduce outside sounds and approximate help recreate the constant noises a baby hears in the womb.

This can be helpful, although remember to do your research as some white noise machines or apps might be too loud for small babies.

It’s also important to let your baby get used to external sounds when they sleep so if you do use one, you should think about how and when you’ll phase it out.

Swaddling is still a technique used today and when a baby is very small and not yet able to roll, it can really help to settle them.

However, not all babies like swaddling initially and it’s important to research how to do it safely, as doing it too tightly or too loosely can be risky.

In other parenting news, these are the telltale signs that your toddler is gifted.

And this mum was branded "judgemental" for telling parents what to wear on a school-run.

Plus a worried mum asks if her budget lunch is big enough for eight-year-old after cruel trolls accuse her of starving her kids.