ONE mum's introduction of her new baby has gone pear-shaped as the use of a phone filter made her new daughter look like a bird.

Viewers have been left in HYSTERICS after the woman did not realise how silly the snap made her newborn look when she uploaded it on social media. 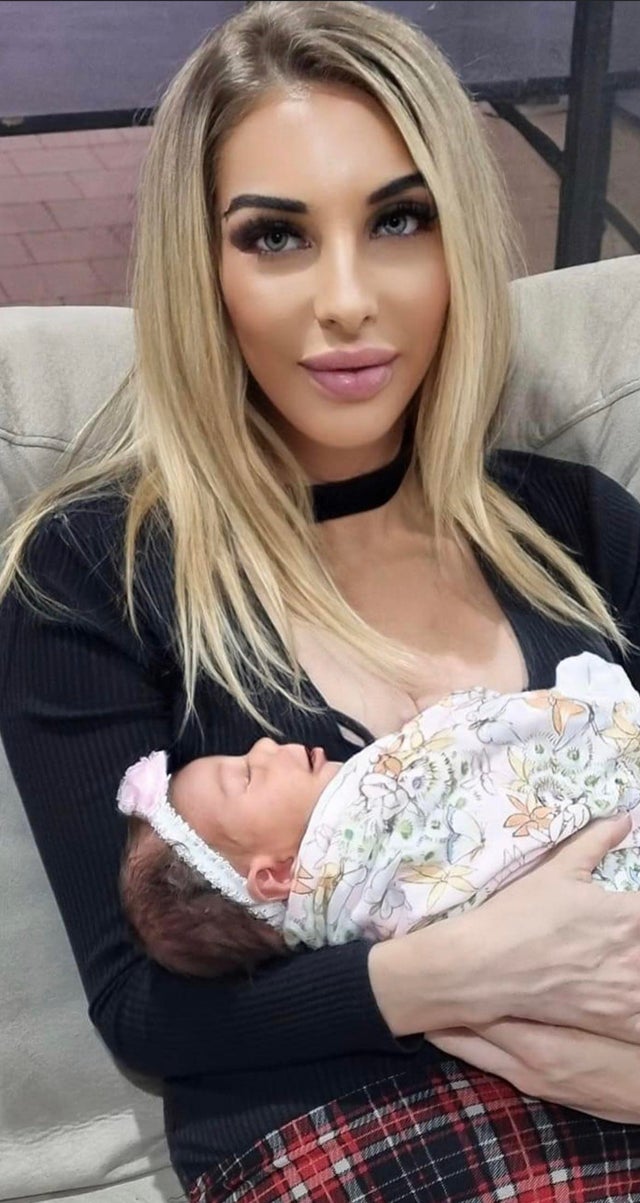 Posted under the caption: "When your face filter makes your baby look like a bird." the photo has been met with an influx of comments.

The photo shows a very glam mum holding her baby, and the filter that she undoubtedly only intended for herself has also been applied on her baby's face, making her daughter's lips look like a beak.

"The whole infected lip trend has freaked me out" commented one person.

Another added: "Well I'd say it is time to log out and go to bed; but let's be honest, there is no way I am sleeping after seeing that."

"I was like, did she get her baby lip injections, lol" commented a third.

Some viewers however have felt sorry for the child, that is being ashamed over her mum's photo blunder.

"She either didn't care that her kid looked like that in the pic or she didn't even look at her kid in the pic LOL" commented one person.

Another added: "This is the only photo where you can see the baby close up, the rest of the photos “showing off” her new baby is of herself filtered to the gods with the baby in the background."

Adding: "She definitely only checked herself before posting this publicly."

"I used to know people like this – they're doing the photo for themselves.. their newborn is secondary to how they look and what people think of them" commented a third.